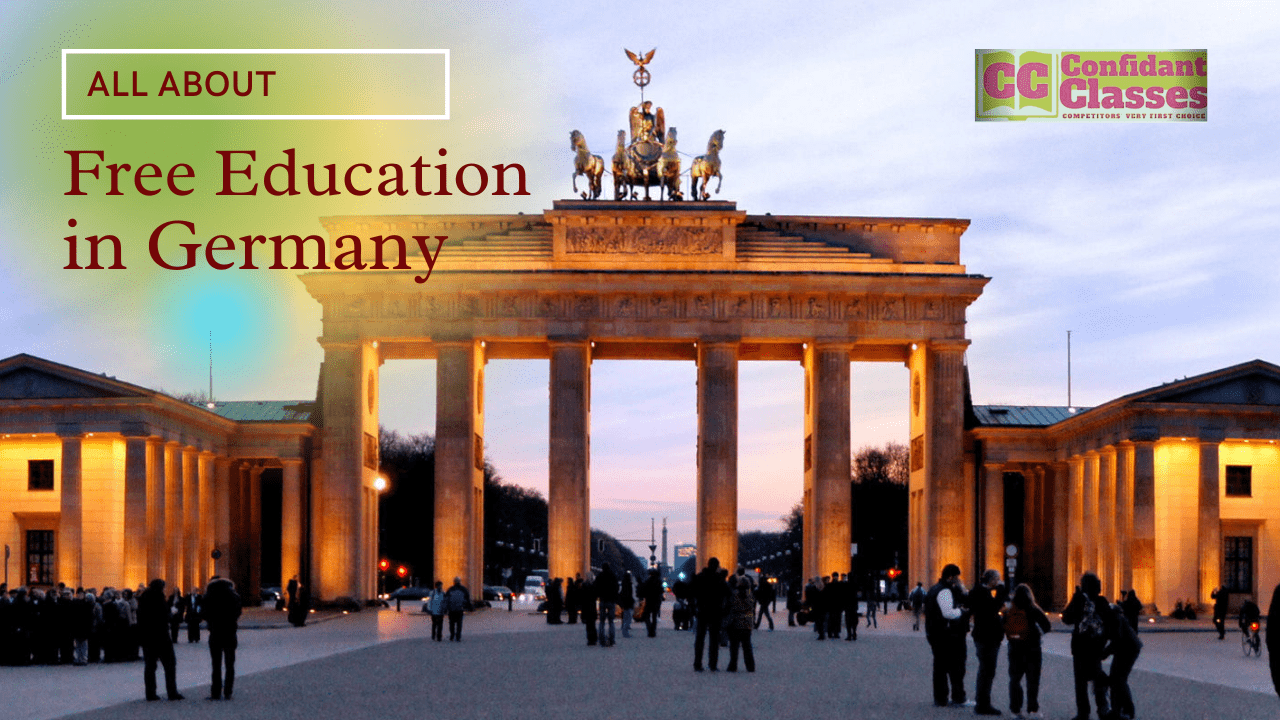 Germany is one of the best countries to study abroad,It offers a unique combination of excellent universities and a high quality of life, competing with other popular destinations such as the UK or the Netherlands. Not only Germany  is home to some of the best universities in the world, but you can study there for free as well.

Germany is one of the few countries in Europe where you can study for free, even if you are from Asia, Africa or elsewhere. Germans generally believe that education should not be treated as a commercial product and that free access to higher education guarantees economic growth and the well-being of the general population.

If the student manages to secure a position in one of the public universities, studying in Germany is free for Indian students, just like students from other parts of the world. Students only need to pay a nominal semester fee (approximately 250 to 500 euros) per semester.

Germany is the perfect destination to study abroad, a world-class education, an exciting city life immersed in beautiful landscapes, and a welcoming culture with people from all over the world. The Germans ironically call their own country “the country of poets and thinkers.” However, there are around 400 higher education institutions in Germany, many of which offer study programs taught in English, around 1,000 in total, Many German universities score highly in international rankings.

You can’t just expect a world-class education when you study in Germany. At most colleges, it is even free. It’s true: no matter what country you’re from, most schools offer your Free Education. Of course, there are some exceptions, mainly private schools or study programs for students with previous work experience. Good to Know, If you decide to stay and work in Germany after graduation, you can often deduct the old tuition fees from your income tax.

The cost of living in Germany is relatively low compared to other Western European countries. On average, students can survive on 800 euros per month. Rents in certain metropolitan areas, such as Hamburg or Munich, can be high, but by no means comparable to cities such as Paris or London, with a certain flexibility in particular in terms of the district in which to live.

Germany is a great economy with countless opportunities for foreign graduates. Unlike many other European countries, the German economy is not focused on one or two specific locations. Industrial hubs are scattered across the country: Hamburg is home to media and commercial companies; Munich and Stuttgart are strong in automotive and manufacturing; Frankfurt is the first financial capital. Interestingly, Berlin does not have a strong industrial presence but in recent years it has become the European capital of startups.

Speaking German is almost always a prerequisite, especially for entry-level jobs. Common exceptions are tech / IT jobs and startup jobs with an international focus, especially startup centers like Hamburg or Berlin.

Getting in and out of Germany is simple, two of its airports, Frankfurt and Munich, are among the largest in the world, and together they serve several hundred routes in Europe and around the world. In Europe, rail and road connections are also a viable option due to Germany’s central location and dense rail and motorway networks.

Germany is located in the heart of Europe, on the border with nine other countries. Clockwise from the north, these are: Denmark, Poland, Czech Republic, Austria, Switzerland, France, Luxembourg, Belgium, Netherlands. This makes Germany an ideal destination if you want to explore other parts of Europe as well.

In German cities, you can expect a high level of public transport. Most large cities have a metro system, and extensive networks of bus and tram lines are the norm.

Costs to study in Germany

Undergraduate level: Although you can study at German public universities for free as an undergraduate student, there is a fee per semester for registration, confirmation, and administration. Usually this doesn’t exceed € 250 (~ US $ 290) per semester, but it varies by university.

Post Graduate level: Masters degrees at German universities are usually free if they are classified as “consecutive”, i.e. as a direct consequence of a related bachelor’s degree obtained in Germany. Again, there is a nominal fee per semester for registration, confirmation, and administration, plus a semester ticket.

PhD level: At doctoral level, tuition fees are again free at all German universities, at least for the first six semesters. As at all levels of study, doctoral students must also make a semester contribution of a maximum of around € 250 for administrative and other costs. You can read more about doctoral studies in Germany here.

Scholarships to study in Germany

Who can study for free in Germany?

Anyone can study in Germany without tuition fees! That’s right, Germans, Europeans and all non-Europeans can study in Germany for free, without paying tuition. It doesn’t matter if you are from the EU or the EEA. This applies to almost all study programs at public universities. There is a slight drawback: if you come from outside the EU, you will need to obtain a residence permit before arriving in the country; and you will have to finish your studies in Germany.

In which universities of Germany can I study for free?

Almost all over Europe and the world, universities charge tuition fees, if only for foreigners who come to this country for their studies. Germany is one of the few countries in Europe where you can study for free, even if you are from Asia, Africa or elsewhere.

Germans generally believe that education should not be treated as a commercial product and that free access to higher education ensures economic growth and well-being for the entire population.

Furthermore, German governments in recent years have understood the economic and social benefits of immigration. Germany wants the smartest minds to study in the country and ideally stay and work after graduation.

That is why there is also no general tuition fee for foreigners.

If tuition is free, does that mean colleges are not very good?

Far from there ! German universities are some of the best in the world, and you can expect to receive a top-notch education as a foreign student. Many of the largest institutions consistently rank in the top 100 international rankings.

Regardless of a university’s ranking, you can always expect high-quality education. Germany has very strict standards for accrediting its training providers.

It is a purely political decision of the German government that higher education in public universities is free. A degree from a German university will be respected around the world and will open many doors for your career options.

Are there tuition fees in Germany?

However, due to competition from cheap public universities, private schools in Germany tend to offer specialized programs and other perks so that you get what you pay for. And of course, you might be eligible for a scholarship.

German universities distinguish between “consecutive” and “non-consecutive” master’s programs. Consecutive programs are those that you can enroll in immediately after obtaining your bachelor’s degree.

Non-consecutive programs generally require students to have post-baccalaureate work experience. These non-consecutive study programs often have tuition fees, even at public universities. They are relatively rare; Typical are, for example, “Executive MBA”, but also some specialized master’s programs.

Since 2017, public universities in the Land of Baden-Württemberg can charge tuition fees to non-EU / EEA students. This includes the universities of Stuttgart, Karlsruhe, Mannheim, Freiburg, Heidelberg and a few other cities. Tuition fees are set at 1,500 euros per semester, which is still much more affordable than in many other European countries.

Some federal states also provide tuition fees of 500 to 650 euros per semester if you wish to obtain a “secondary diploma” (“Zweitstudium”). This does not apply if you are registering for the first time in Bachelor or Master (consecutive) after your license. Instead, “secondary title” means

What other costs should I take into account when studying in Germany?

Although there is usually no tuition fee at public universities, you usually have to pay what is called a “semester fee” (“Semesterbeitrag”) or “administration fee”. But it’s a small amount: often around 300 or 400 euros for the whole semester. It also covers a public transport ticket for your city, and sometimes even surrounding areas, at a fraction of what you would normally pay for such a ticket.

For a country in Western Europe, Germany is very affordable. Here is an overview of the typical cost of living as a student in Germany;

You can survive on 850 euros per month, more or less, depending on the city in which you study. Big cities like Munich, Frankfurt or Hamburg are known to be more expensive than small towns.

What scholarships are available to study abroad in Germany?

There are many scholarships for foreign students in Germany. The German Academic Exchange Service (DAAD) has an official scholarship database which allows you to search for suitable scholarship options eg. Ex. According to your country of origin.

Can I stay in Germany after graduating from university?

Yes of Course, International graduates from German universities can stay in Germany while looking for work. And this applies to all students, regardless of their country of origin. If you are a national from outside the European Union, you can apply for a residence permit for 18 months after obtaining your diploma.

With a “job search visa” (or “post-study work visa”), you can search for a job that matches your qualifications; and you are allowed to accept any job during those 18 months. The German federal government offers more information on the residence permit for graduates.

Study-Abroad Whether it is in Canada, the US, Australia or even the Ukraine, studying abroad is a difficult task to handle, in terms of financial requirements. However, some states in…
Read More

UGC NET December 2022 The NTA has decided that the deadline for determining the upper age limit for applying for the JRF is 1 December 2022. The official notice is…
Read More

Delhi University has already announced that it will adopt CUET UG and PG for admission to all courses, in all categories. Make CUET-PG mandatory for admissions for the next academic…
Read More

DU Admissions: Previously, the university conducted its own entrance exam (DUET) for admission to graduate courses. Prepare-for-CLAT-AILET-DULLB DU Admissions: The University of Delhi will conduct all admissions on the basis…
Read More

Study-Abroad-Scolarships Ministry of Education provides financial assistance to Indian students for higher education abroad. Interested applicants can check the official website for more details: education.gov.in For those who wish to…
Read More 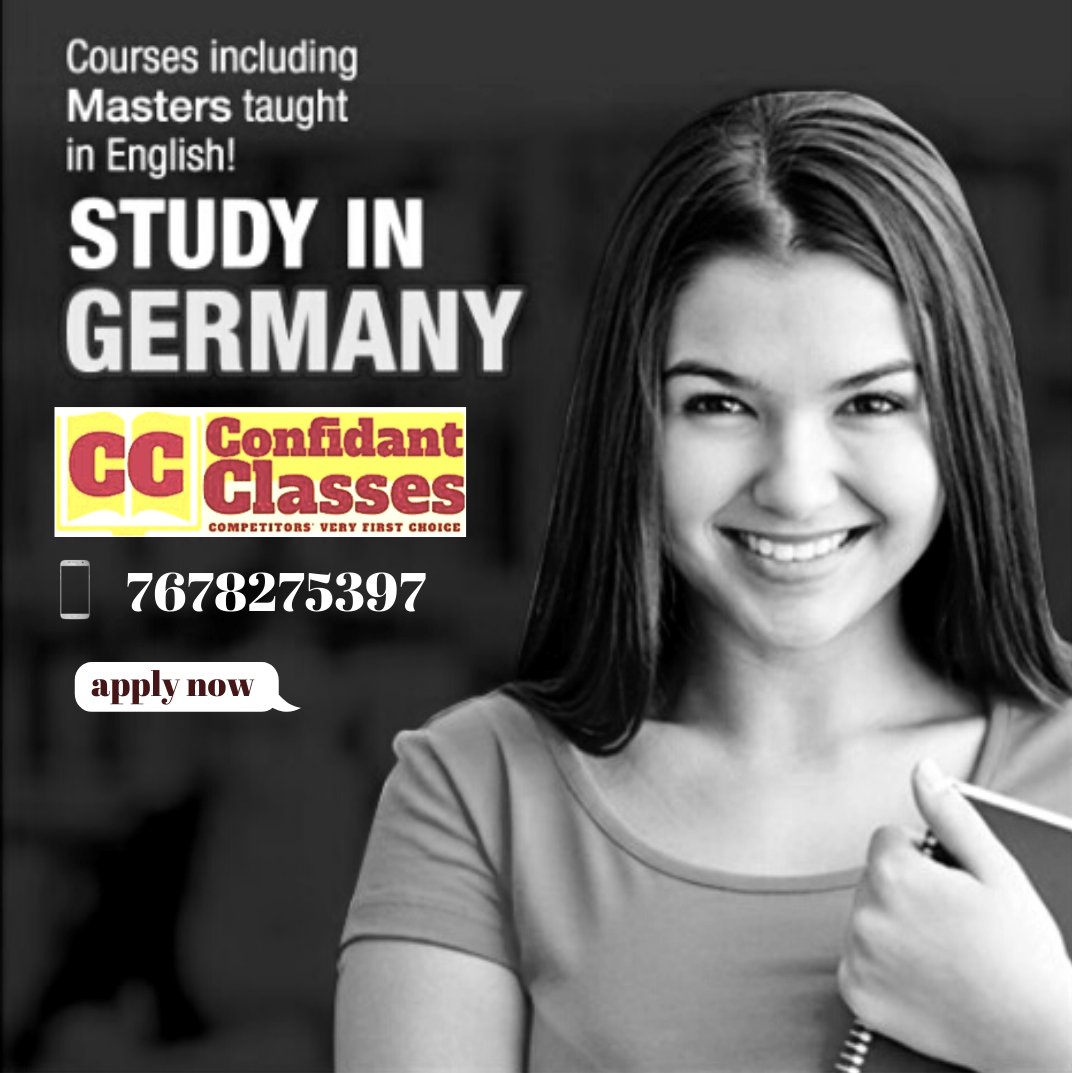 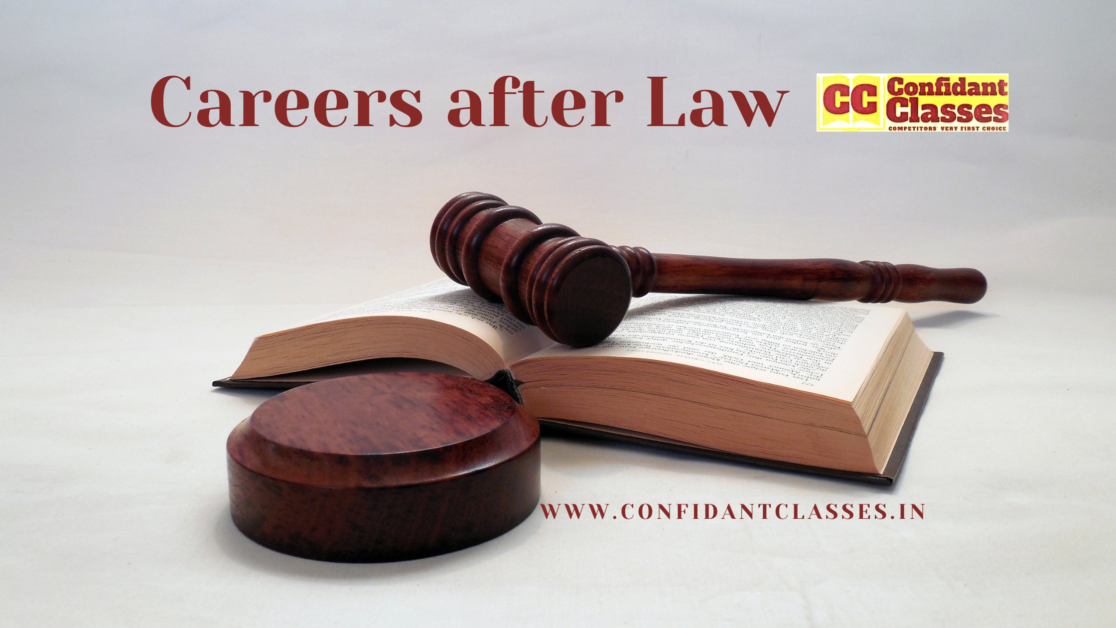 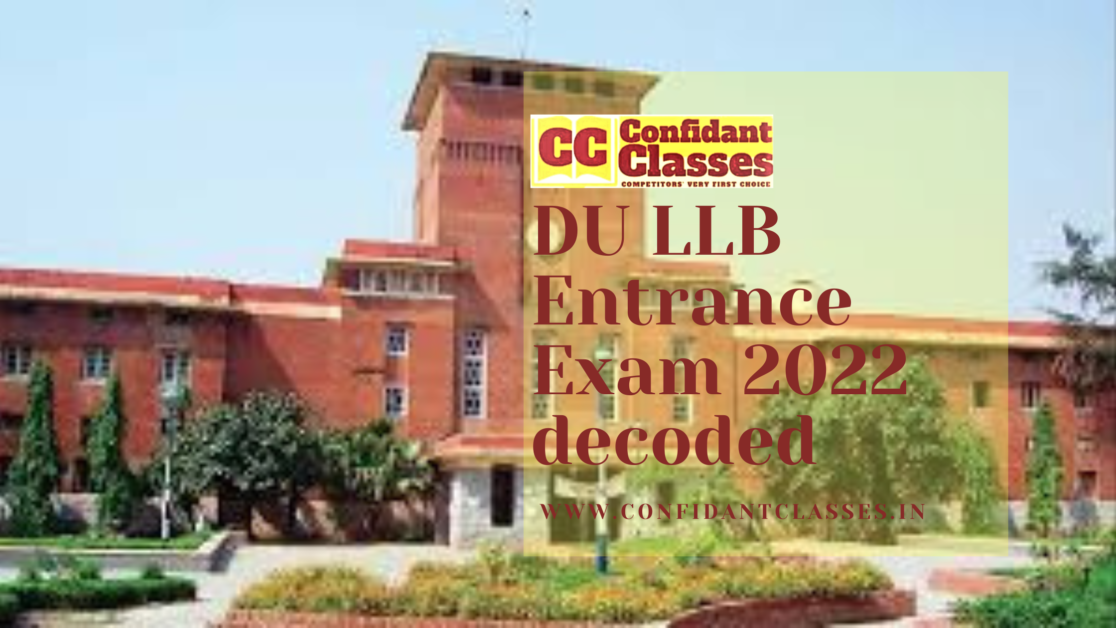 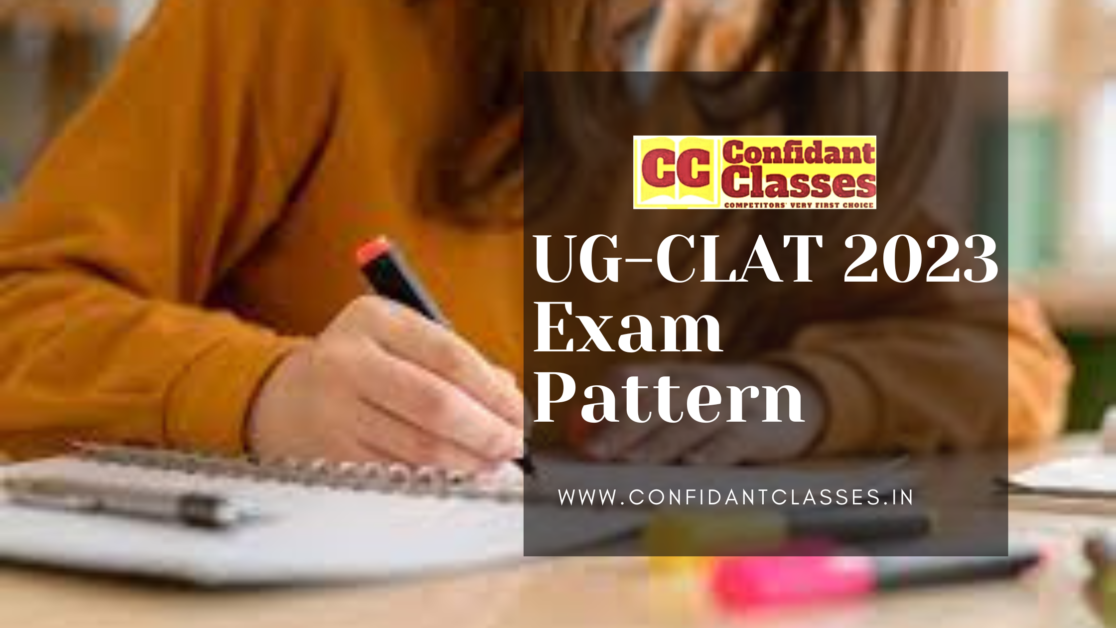