In February, a devastating flood of rocks, ice and debris spilled into the Rishiganga River in Uttarakhand, killing at least 200 people and severely damaging two hydroelectric projects. This has reignited a long-standing debate over the feasibility of up to 49 hydropower projects in Uttarakhand.

However, three central ministries (Energy, Environment and Water Resources) who initially had divergent views on the future of hydropower projects have agreed to a consensus.

According to an affidavit filed in the Supreme Court this month, seven of them, including NTPC’s 520 MW Tapovan project which was badly damaged this month, were allowed to complete construction mainly because they were more than “50% full”.

Jal Shakti’s ministry opposed the new hydropower projects on the grounds that they compromise the natural flow of the Ganges. However, in 2019, they reached an agreement with the Ministries of Environment and Energy that some projects in an advanced state of construction could continue, but no new projects would be authorized.

In their letter, the authors note that six of the seven recommended projects (except Tehri Stage II) are located in paraglacial zones, or their buffer zone. A committee of experts set up by the Ministry of the Environment to review the role of hydroelectric projects after the Kedarnath floods of 2013 had highlighted the dangers of building dams in the paraglacial zone regions at an elevation of more than 2,200 meters above the sea level.

The consequences of the 2013 floods obstructed the Madhmaheshwar and Kaliganga rivers with sediment that would likely be mobilized during extreme rains and would have downstream impacts on hydroelectric projects.

Phata-Byung and Tapovan-Vishungad “can in no way be considered” 50% complete “because they had suffered extreme damage and were still buried under the rubble today. The basis for the initially approved environmental conditions had completely changed and these projects would require a new assessment from scratch, they write.

Daily NEWS Summary | 10-09-2021; Income Tax Department visited the official facilities of two digital media platforms, NewsClick and Newslaundry to review their financial records. The investigative operations were carried out at the offices of the two organizations located in south Delhi to verify certain details of the payment of taxes and remittances made by the organizations.

Some documents have been found and are under review, officials said. In an investigation operation, which is carried out in accordance with the provisions of Article 133A of the Income Tax Act 1961, tax officials only cover the professional premises of an assessor and those which are attached to him related and not its residential addresses. However, the tax administration can seize documents.

There was no immediate reaction from the two portals or their promoters, but their social networks manage constantly updated news and articles. Newsclick and its founders were raided by the Enforcement Directorate (ED) in February under the provisions of the Prevention of Money Laundering Act and this investigation was linked to alleged dubious foreign funds received by their registered company , which manages the news portal.

Newsclick editor and founder Prabir Purkayastha has been granted provisional protection from arrest by the Delhi High Court as part of the Delhi Police FIR, which is related to his investigation into the foreign financing of the company. The High Court also granted protection to Purkayastha against enforcement actions in the ED case.

Newsclick argued in its defense before the court that it was not a question of diverting funds, as the investigative agencies claim, because they had been used to pay the salaries of employees and there had been no loss to the Public Treasury in the process.

The ED had claimed that it was also investigating Newsclick and its promoters for the alleged transfer of certain funds to activist Gautam Navlakha, accused in the Elgar Parishad case of Maharashtra.

He also interviewed Navlakha, incarcerated in a Maharashtra prison, in connection with the case. Purkayastha previously said in a statement that a smear campaign had been launched against the portal and that the “targeted leaks” by the ED, whose investigation is already being challenged in court, reflects the “inherent weakness” of the ED’s investigation. Of course she took. will take to court.

Relief in Nagaland following the transfer of R.N. Ravi

Daily NEWS Summary | 10-09-2021; The transfer of Governor R.N. Ravi to Tamil Nadu has been a relief to many in Nagaland, including the Nationalist Democratic Progressive Party (NDPP), which heads the state’s multi-party government.

One section said the Center should now withdraw him as a partner in the Naga peace process that has dragged on for more than 24 years. The Center announced the appointment of Ravi as governor of Tamil Nadu on Thursday, two years after taking over Nagaland.

NDPP Chairman Chingwang Konyak said the Nagaland government was not happy with the way Ravi was operating. He “he Interfered in the affairs of a popular government. Some people are happy (for his transfer) while others are not, “he said, without specifying it.

In June 2020, Ravi, in a forceful letter to Chief Minister Neiphiu Rio, expressed his resentment at the “unbridled depredations committed by more than half a dozen organized armed gangs, blatantly leading their supposed respective governments.” He was referring to the parallel governments allegedly running extremist groups in the state.

On February 14 of that year, he had rubbed many people in Nagaland after writing a letter to the Chief Secretary of State to create “a database of relatives and relatives of state government employees in clandestine organizations” before 2 of April.

On January 16 of this year, he issued a “silence order” prescribing severe penal and disciplinary measures against officials who publish “seditious and subversive” content on social media, “calling into question the territorial integrity and sovereignty of the country.” .

The NSCN (I-M) demands his replacement as the interlocutor in the peace process. «I already have a general consensus on the fact that the political question of Naga is progressing with the façon dont RN Ravi s’en est chargé», I will declare it since the Mouvement du peuple Naga pour les droits de l ‘man .

But Ravi was popular in Nagaland after the Center signed the framework agreement with the NSCN (I-M) in August 2015. He was very well received by the Naga after his appointment as Governor of Nagaland in July 2019.

The Chief minister had represented Bhabanipur in 2011 and 2016 and his residence is in the electoral district. Banerjee has already started her campaign from the constituency by heading to the polls on September 30.

Tibrewal contested the 2021 parliamentary elections for the Entaly Assembly constituency in Calcutta and lost to TMC’s Swarna Kamal Saha by a margin of over 50,000 votes. The Communist Party of India (Marxist) appointed Shrijeeb Biswas, a 31-year-old lawyer from Bhabanipur, after Congress refused to present candidates against the chief minister.

The chief minister disputes the choice of Bhabanipur, because she lost the election for the seat of the Nandigram Assembly to the benefit of Suvendu Adhikari of the BJP by a margin of 1,956 votes. Banerjee must be elected to the State Assembly within six months of the Assembly elections.

Bhabanipur’s TMC candidate Sobhandeb Chattopadhyay won the seat in the 2021 legislative elections by a margin of over 28,000 votes. He had resigned his seat to make way for the chief minister to contest the ballot.

Daily NEWS Summary | 10-09-2021; The fifth test between India and England was called off amid a chaotic turn of events in which the host committee’s statement on visitors rose from “a team cannot line up and will lose the match instead “to” Unfortunately, you can’t field a team. ”

The development came after the tour team was left on the sidelines following a positive Covid-19 test from physio Yogesh Parmar which raised concerns that the infection could spread during the match, which was finally canceled a few hours earlier after launch.

The initial statement released by the Cricket Board of England and Wales (ECB) categorically mentioned the word “lose”, but was later omitted in a revised press release.

We know that, led by Captain Virat Kohli, who strongly expressed his apprehension, the players, Thursday evening, regrouped and the bosses of the BCCI did not succeed in convincing them to play the game. The BCCI published his own statement, hoping the game could be rescheduled later.

A Covid-related quarantine would have meant missing the IPL matches, from September 19. Players are also awaiting reports on a new round of tests that have been carried out.

So far India has a 2-1 lead and has not been officially declared the series winner simply because there is a possibility that the fifth round will be played during the July window of the next year when the team goes for a goal of six matches. series of balls. Since the Indian players refused to play despite testing negative, talks have been underway between the two councils.

In the end, the apprehension expressed by Kohli and company prevailed. It is understood that the Covid-19 rules for World Test Championship matches do not include confiscation and this is where Kohli and his men were able to get away with it.

Under the terms of the WTC competition, Covid-19 is identified as “an acceptable non-compliance in case there is a significant impact on the team to be able to play.”

This is because the match may remain canceled from the competition and with ICC using the percentage point system based on the points won in the matches played, a canceled match has no value for any team.

Indian players were concerned that the recorded 96-hour incubation period could run the risk of testing positive during the match and ending up in 10-day quarantine, according to BCCI sources. The chances that the IPL grid, starting September 19, would get out of hand were also taken into account, as broadcasters and franchises would not have taken the delay lightly.

The Ministry of Health has launched a new application programming interface (API), through its Co-WIN web portal, called “Know Your Client / Client’s Immunization Status” (KYC-VS). KYC-VS will allow a verifying entity to know whether a person has been vaccinated against the coronavirus or not, the Union Health Ministry said on Friday. In a statement, the ministry said that to use this API, a person must enter their cell phone number and name. 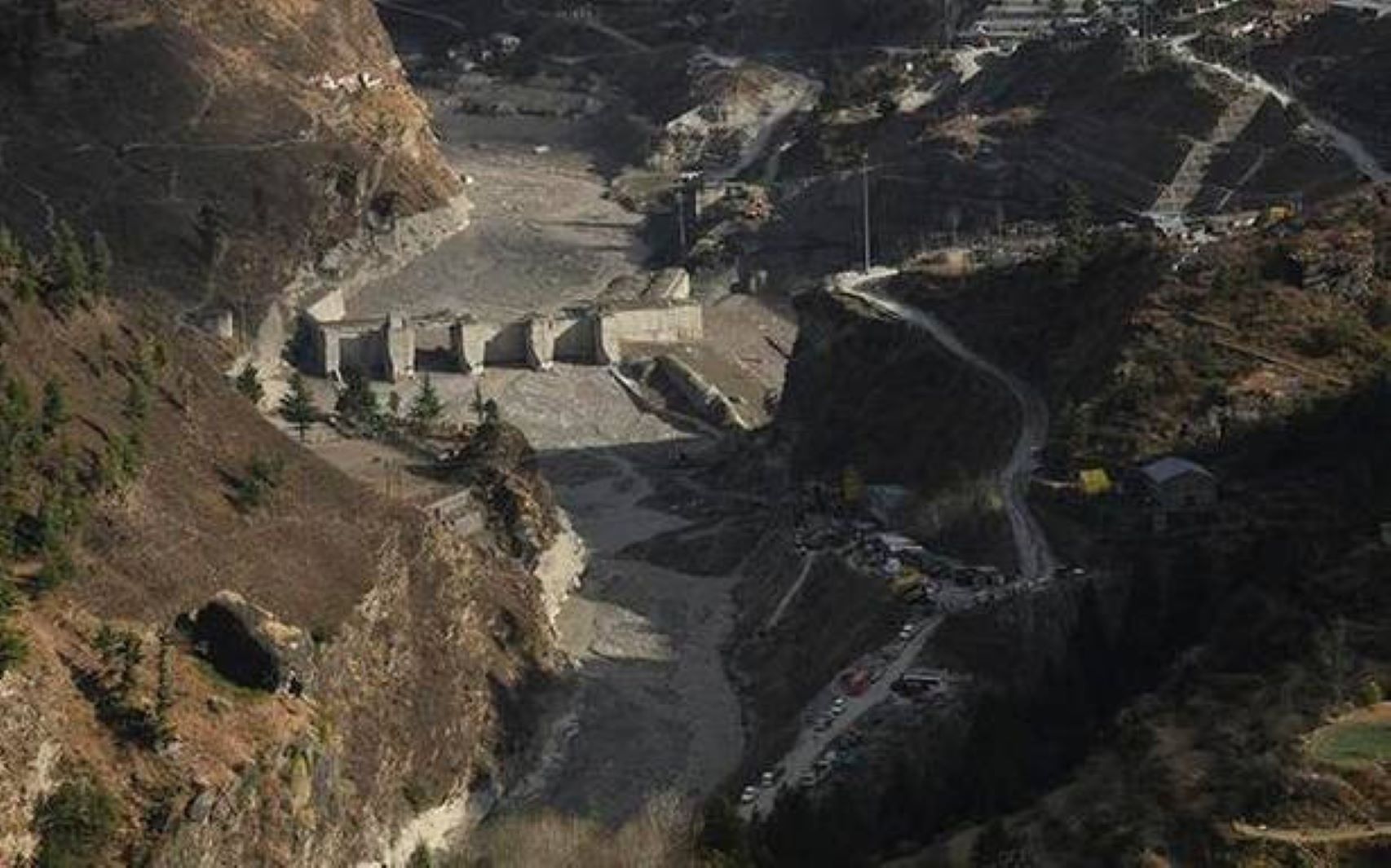