Daily NEWS Summary | 31-08-2021; India held its first officially confirmed meeting with the Taliban. It took place between Indian Ambassador to Qatar Deepak Mittal and Sher Mohammed Stanekzai, head of the Taliban political bureau based in Doha, the Foreign Ministry (MEA) said in a press release.

Stanekzai, a Pashtun ethnic group, was trained as an officer in the Afghan army during the Cold War years. Three days ago, he issued a statement calling for normal trade, diplomatic and political relations with India. India had initially remained silent on the opening, but held the meeting hours after the United States completed the military evacuation of Kabul.

India maintained that it has maintained contact with “all interested parties”, but this is the first time that the meeting has been confirmed and announced. The sources said India was focusing on the safety of those who wanted to come to India but were unable to do so because the Taliban had denied them permission to leave Kabul.

Meanwhile, in a related development, the United Nations Security Council (UNSC), chaired by India, passed the resolution that reminded the Taliban to remain committed to preventing international terrorism.

UN Security Council resolution 2593 addresses India’s main concerns over Afghanistan “right now,” informed sources in New Delhi said on Tuesday. But the P-5 countries (permanent members of the UNSC) were still divided on the issue. Russia and China abstained from voting on the draft, saying it divided the approach to the Afghan crisis.

The Russian representative to the United Nations Security Council noted that the author of the draft resolution, that is, the United States, has divided the terrorists in Afghanistan into “our own and theirs”, pointing to a change in the US position vis-à-vis the Taliban and their allied Haqqani network, which have attacked US and Indian targets in Afghanistan in the past.

Harsh Vardhan Shringla, representing India on the United Nations Security Council, highlighted the role of Lashkar-e-Taiba and Jaish-e-Mohammed and said these teams should be “called and sentenced” , without referring to the Haqqani network likely to appear before the Taliban Sanctions Committee for discussion among the members with a view to possible delisting.

However, it appeared that the Indian diplomatic team at the UN tried to reach a consensus and reached out to “high-level official contacts” from all sides. The draft resolution calls on the Taliban to remain committed to putting an end to all terrorist activity originating in Afghan territory.

It also “calls on all parties to allow full, safe and unhindered access to the United Nations, its specialized agencies and its implementing partners, as well as to all humanitarian actors involved in humanitarian aid activities , including with regard to internally displaced people, to ensure that humanitarian aid reaches all who need it. “

The sources said that a high-level group made up of Foreign Minister S. Jaishankar, National Security Advisor Ajit Doval and senior officials are working to ensure the evacuation of stranded Indians from Afghanistan as well as the airlift of religious minority groups in Kabul.

“The group has also been following the situation on the ground in Afghanistan and international reactions,” said a source close to the Indian government’s response to the evolving crisis in Afghanistan, where the Taliban have been celebrating since the departure of the government.

India’s GDP grows 20.1% in April-June, but economy is still far from pre-COVID level

Daily NEWS Summary | 31-08-2021; India’s economic growth soared to 20.1% in the April-June quarter of this fiscal year, helped by a weak base compared to the period a year earlier, despite a devastating second wave of Covid -19. Gross domestic product (GDP) contracted 24.4% in the corresponding quarter from April to June 2020-21, according to data released Tuesday by the National Statistical Office (NSO).

The government imposed a nationwide lockdown at the start of the Covid-19 pandemic last year. This year, the second massive wave of the pandemic hit the country in mid-April, forcing states to impose further restrictions. However, the economy has yet to regain its pre-COVID level.

According to data from the NSO, growth in gross value added (GVA) in the manufacturing sector accelerated to 49.6% in the first quarter of 2021-2022, compared to a contraction of 36% a year ago. GVA growth in the agricultural sector increased 4.5%, compared to 3.5% previously.

Likewise, commerce, hotels, transport, communications and audiovisual-related services grew 34.3% compared to a 48.1% contraction previously. Financial, real estate and professional services grew 3.7% in the first quarter of fiscal 22 versus a 5% contraction.

Public administration, defense and other services grew by 5.8% in the analyzed quarter, compared to (-) 10.2% in the previous year.

Daily NEWS Summary | 31-08-2021; The Delhi High Court today released the hearing of a petition challenging the appointment of Gujarat IPS officer Rakesh Asthana to the post of Delhi Police Commissioner, and a request to intervene in the case by an NGO for the Wednesday.

The Center for Public Interest Litigation (CPIL), which has deposited the application for work, in order to assess that it is required by the Haute Cour, deposited by a certain Sadre Alam, is a “copier-coller” of the required devant la Supreme Court.

Attorney Prashant Bhushan, who appeared for CPIL, said: “We have submitted an intervention on behalf of CPIL. Something extraordinary happened in the case. The request is a total cut and paste. Period, comma, exclamation point. The court can register it tomorrow or at any time. Look at the kind of abuse of the legal process that is committed.

The NGO said it learned of Alam’s petition to the High Court from media reports and “was surprised to see some of the short paragraphs of the petition quoted by the media, because they appeared to have been copied and pasted.” of the petitioner’s petition to abbreviate before the Supreme Court.

The NGO stated that the exact purpose of Alam’s submission of the petition “appears to be solely to defeat the public interest by destroying the genuine, bona fide, well-documented and deliberate PIL presented by the petitioner (NGO) in the supreme court “.

Alam’s petition argued that the 1984 Batch IPS officer, who was acting as Director General of the Border Security Force, was appointed Delhi Police Commissioner on July 27, just four days before his retirement on July 31. of July.

Alam, in his guilty plea, argued that the decision of the Interior Ministry and the Cabinet Appointments Committee (ACC) to appoint Asthana to this post was “totally illegal for multiple reasons”.

The statement said that the appointment was “a clear and flagrant violation” of the instructions of the Supreme Court of India, as Asthana “did not have a minimum residual term of six months”, and that no panel of the Civil Service Commission of the Union (UPSC) had not been trained. for the appointment of the Delhi Police Commissioner.

The petition further argued that the appointment violated the fundamental rule that “no public official may benefit from an extension of service beyond the retirement age of sixty years.”

The number of reported coronavirus cases in India was 3,228.09,249 at the time of this bulletin, with a death toll of 4.38,980. India administered more than 1.09 crore doses of COVID vaccine on Tuesday, which Union Health Minister Mansukh Mandaviya said “is a new milestone in vaccination.” In total, doses of over 65 crore have so far been administered in the country. 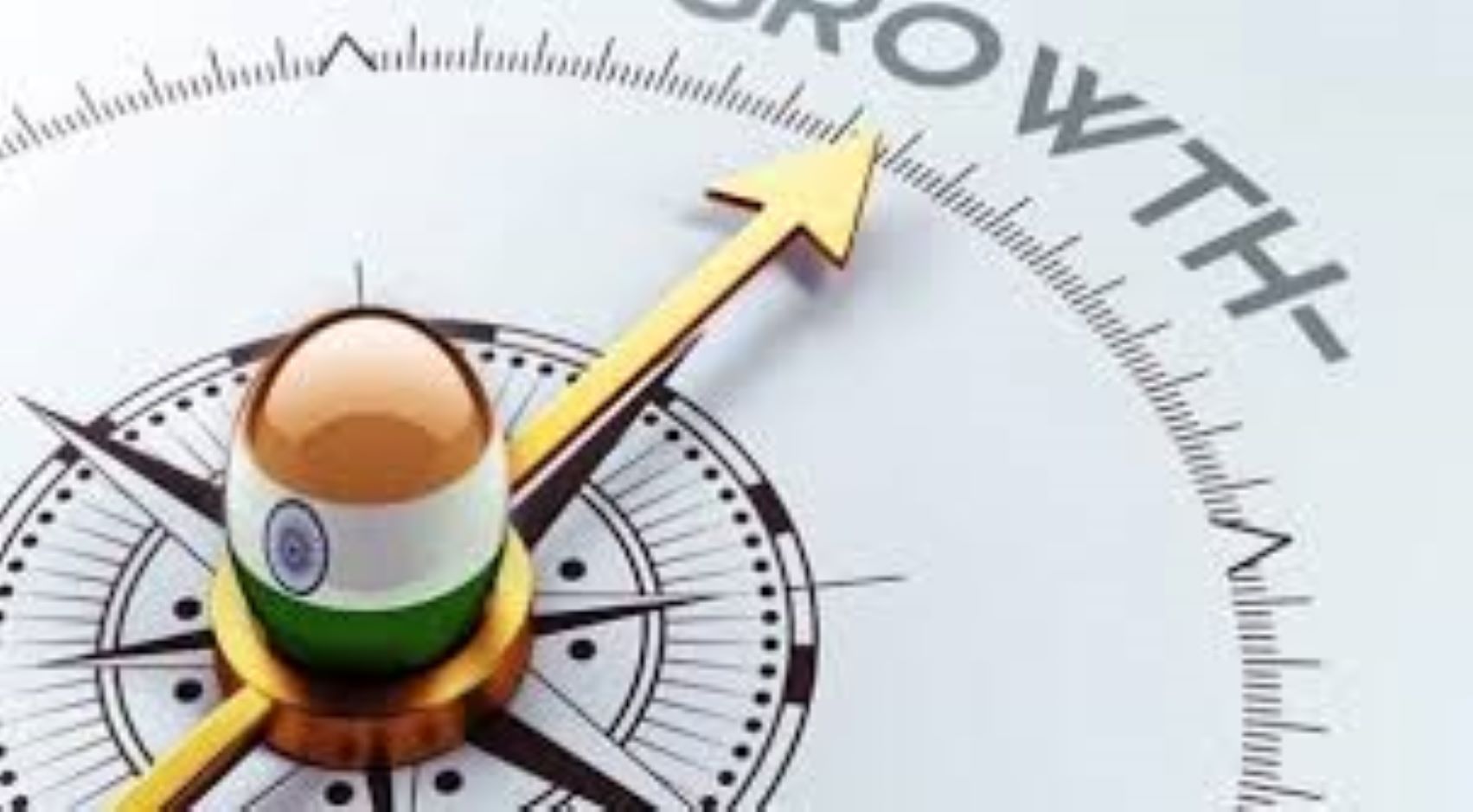