Daily NEWS Summary | 16-08-2021; A “thin” and “delightfully non-binding” two-page affidavit filed by the government in the Supreme Court shortly before Monday’s hearing, in which it denies “any and all” allegations about the use of Pegasus to spy on journalists, activists, dissidents, judges, officials, ministers, parliamentarians.

The opposition have raised an outcry among the petitioners, who said that the Center, through the Home Ministry must take an oath in the Supreme Court, whether or not the government or one of its agencies used Pegasus spyware.

“The sum and the bottom line is that they (the applicants) are not happy with their limited affidavit. They want to know in clear terms whether the government used Pegasus or not… If you want time to present a detailed affidavit, you can take some time, ”Chief Justice NV Ramana told Attorney General Tushar Mehta.

But Mehta said that even a “detailed affidavit” might not appease the petitioners. He asked if the petitioners would swear to withdraw from court if the government said “no” to the use of the Pegasus in another “one-page affidavit.” Mehta said that things were not “that simple”. Any discussion on this topic would involve national security.

The court postponed arguments in the case until Tuesday, while asking Mehta to think with officials about filing a detailed affidavit.

Kabul airport chaos blocks evacuations amid criticism of US withdrawal

Daily NEWS Summary | 16-08-2021; Thousands of civilians desperate to flee Afghanistan flocked to the Kabul airport after the Taliban seized the capital, prompting the US military to halt evacuations as the United States came under increasing criticism in its country for its withdrawal, Reuters reported.

Crowds converged on the airport in search of escape, including some hitched to a US military transport plane as it rolled down the runway, according to images released by a media company. Five people died in chaos.

The rapid conquest of Kabul by the Taliban follows the withdrawal of American troops after a 20-year war that cost billions of dollars. President Joe Biden has defended his decision to resign, ending America’s longest war, arguing that Afghan forces must retaliate against the Islamist Taliban.

But the speed at which Afghan cities collapsed in a matter of days and the likely 20-year crackdown on freedom of expression and women’s rights have drawn harsh criticism.

Afghan President Ashraf Ghani fled when Islamist militants entered Kabul with virtually no opposition, saying he wanted to avoid bloodshed. The United States and other foreign powers were quick to send diplomatic and other personnel, but the United States temporarily halted all evacuation flights to evacuate people from the airfield, an official told Reuters American Defense.

Taliban spokesman Suhail Shaheen said in a Twitter post that his fighters were strictly ordered not to hurt anyone. “No one should harm anyone’s life, property and honor, but should be protected by the mujahideen,” he said.

It took the Taliban just over a week to seize control of the entire country after a lightning strike that ended in Kabul when government forces, trained for years and equipped by the United States and others at the cost of billions of dollars, have been melted. outside.

Daily NEWS Summary | 16-08-2021; India’s senior defense officials, foreign policy establishment and senior intelligence officials reportedly reviewed the rapid developments in Afghanistan on Monday, a day after the Taliban took control of the country 20 years after they was overthrown by an army led by the United States coalition.

People familiar with the meetings said the government’s immediate priority was to evacuate nearly 200 Indians, including Indian embassy staff and Kabul security personnel, as the situation in the Afghan capital rapidly deteriorated after the capture of the Taliban on Sunday night.

To cap off their quick month-long advances, the Taliban took up a position in Kabul hours after Afghan President Ashraf Ghani left the country on Sunday for an unknown destination, paving the way for a bloodless takeover of the capital, but arousing fear, chaos and uncertainty among its inhabitants. .

Chaos and panic at Kabul airport were delaying the decision to send evacuation flights to the Afghan capital, although several Indian Air Force C-17 Globemaster military transport planes remained on standby during the of the last two days familiar with these deliberations, he said.

According to unconfirmed reports, India sent a C-17 Globemaster plane to Afghanistan and returned on Monday. There were also security concerns about bringing Indians from the Indian Embassy and elsewhere to the airport in light of the deteriorating security situation in the capital.

The government is also considering bringing back hundreds of Indian nationals and facilitating the evacuation of members of the Hindu and Sikh minorities.

India has been a key player in Afghanistan and has invested nearly $ 3 billion in the implementation of nearly 500 projects across Afghanistan. The Taliban’s takeover of Afghanistan is widely seen as a setback for India, as the militant team was heavily supported by the powerful Pakistani military.

Daily NEWS Summary | 16-08-2021; Former Assam MP Sushmita Dev has resigned as President of the All India Mahila Congress and leading member of the party. She joined the Trinamool Congress in the presence of Party Secretary General and Deputy Abhishek Banerjee.

In a letter to Congress President Sonia Gandhi on Sunday evening, Dev said he wanted to “open a new chapter in my public service life” and that he would always appreciate “my three-decade association with the Indian National Congress.”

It was speculated that Dev, who had represented Congress in the Silchar Constituency Parliament as his father and former Union Minister Santosh Mohan Dev, could join the Trinamool Congress.

In the last Assam assembly election, Dev spoke out against his supporters being ignored when handing out tickets, as well as against the allocation of seats to Congressional ally the All India United Democratic Front, in the Barak Valley.

Dev, seen as a close associate of former party leader Rahul Gandhi, now joins the ranks of leaders like Jyotiraditya Scindia and Jitin Prasada, who left Congress in search of better political prospects.

Daily NEWS Summary | 16-08-2021; The hasty decision by the central government to pass the bill that gives states the right to identify the OBC without increasing the reserve limit by 50% is to mislead the community, said leader of the Nationalist Congress Party (NCP), Sharad Pawar.

During a press conference on a wide range of topics at NCP headquarters, Pawar also addressed Union Home Secretary Amit Shah on the Pegasus spyware problem, saying it could be the Home Ministry that he was involved and that an investigation could reveal the truth.

Until the reservation limit is lifted, even the Marathas cannot enjoy the benefits of the reserve, Pawar noted, adding that his party will join all the forces of the OBC to create a public opinion that demands the elimination of the 50% reserve limit. Clarifying the party’s demands, Pawar said a caste census should be taken, empirical data should be provided to state governments, and the 50% reserve limit should be lifted.

Recalling the events of Rajya Sabha where bailiffs were called in to control members of the opposition, Pawar said he saw this for the first time in his parliamentary career spanning more than five decades. The NCP leader said the opposition had informed ruling banks that they wanted a discussion on Pegasus, farm bills and the increase in fuel prices, which the government had put on hold.

Covid Updates: The number of coronavirus cases reported in India was 3,222,469 at the time of publication of this bulletin, with a death toll of 4,032,060. 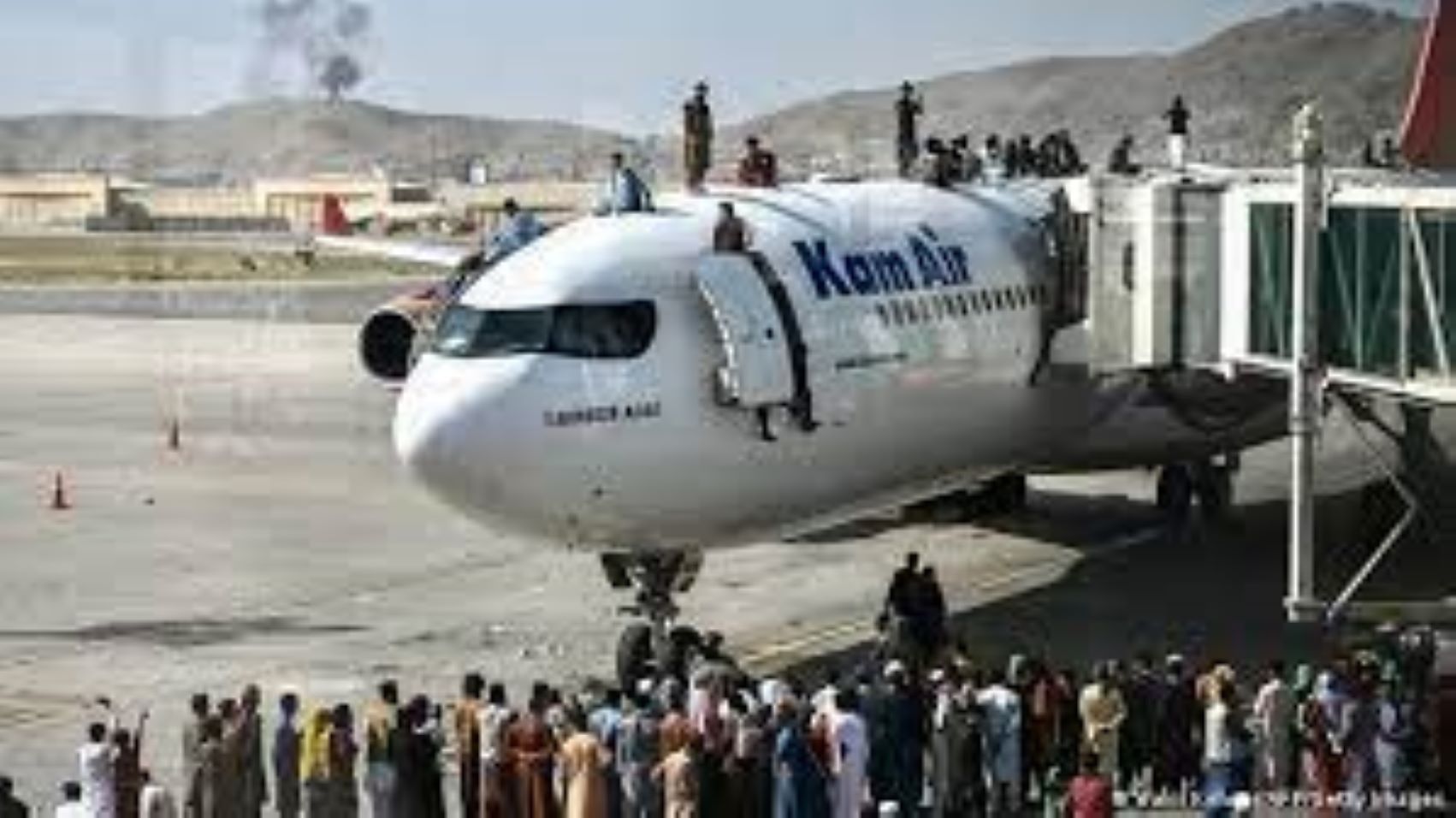