Daily NEWS Summary | 10-08-2021; Lok Sabha passed a constitutional amendment bill on Tuesday aimed at restoring the power of states to create their own OBC lists, with 385 members voting in favor and no members voting against.

After presenting the bill for consideration and adoption, the Minister of Social Justice and Empowerment, Virendra Kumar, described the Constitution Bill (127th Amendment, 2021) as landmark legislation, as 671 castes across the country are would benefit.

Kumar said the bill would restore the right of states to prepare their own OBC lists so that diverse communities can enjoy social and economic justice. The minister said the bill should be considered the 105th constitutional amendment bill after being renumbered.

The 102nd Law of Reform of the Constitution of 2018 inserted articles 338B, which deal with the structure, duties and powers of the National Commission of Backward Classes, and 342A which deals with the powers of the president to notify a caste, in particular as ESCB (socially and economically backward class) and the power of Parliament to modify the list. Article 366 (26C) defines ESCBs.

The Supreme Court rejected the Center’s request for a review of its May 5 majority verdict that the 102nd Amendment to the Constitution removed the power of states to notify ESCBs about the granting of employment and admission quotas.

Pegasus case: trust SC and do not participate in parallel debates and proceedings, says CJI

Daily NEWS Summary | 10-08-2021; India’s Chief Justice NV Ramana said Tuesday that applicants in the Pegasus spy case should trust the Supreme Court and not engage in “parallel proceedings and debates” on social media platforms and other outlets while their case is pending.

The CJI, leading a panel of three judges, said that if they have something to say they should record it in affidavits and present them in court, where they will be debated.

“There should be some discipline … If they want to say something on Twitter or Facebook, it is up to them to decide …” observed Chief Justice Ramana. He stressed that questions from the judiciary during court hearings should not be misinterpreted.

“We ask everyone questions … Sometimes they can be annoying … They may not like it, but this is the court process … The lawyer must be held accountable.” If they want something, they should take it to court, ”Chief Justice Ramana told lawyers, including lead attorney Kapil Sibal, who led the petitioner’s side, while mentioning the multiple roles the petitioner endorsed as a former minister of the Union and parliamentarian.

Sibal, who represents veteran journalists N. Ram and Sashi Kumar, agreed with the Chief Justice. He said his client Ram was “trolled” on social media after the last hearing. Sibal said the trolls held onto an oral reference from the bank. The court had said, at the earlier hearing, whether Ram’s petition had “erroneously” attributed to a California court a statement that Pegasus was targeting Indian journalists.

But a careful reading of Ram’s petition found no such allusion to the California court. In fact, Ram’s motion simply mentioned that the US court had before it a complaint filed by WhatsApp against NSO Group “for attacking the mobile phones of approximately 1,400 users with malware.”

“He was disproportionate … The man was trolled,” Sibal said. Chief Justice Ramana said that he made it clear that he himself was not sure whether he had read it in Ram’s petition or in another statement.

Meanwhile, the government’s Attorney General Tushar Mehta has asked for more time to consider the multiple requests. He asked for a short postponement, probably until Friday.

However, CJI said he had a personal inconvenience on Friday and was not seated. The judiciary put the case on a list for hearing on Monday.

Daily NEWS Summary | 10-08-2021; Now that people with criminal records involved in the criminalization of politics cannot be allowed to be lawmakers, the Supreme Court on Tuesday declared nine political parties, including the ruling BJP and United’s Janata Dal, guilty of their contempt in the 2020 Bihar assembly polls for disobeying an order requiring them to disclose the backgrounds of candidates within 48 hours of selection or at least two weeks before submitting nominations.

While imposing various fines on political parties, the highest court deplored the apathy of the legislative arm of the government not to take steps to decriminalize the political system.

The tribunal, also composed of Judge BR Gavai, fined two political parties, the Communist Party of India (Marxist) and the National Congress Party, of 5 lakh each, claiming that they “did not respect the rules at all. instructions issued. by this tribunal ”.

The investigative panel said that 469 candidates with criminal records were nominated by ten political parties in the recent Bihar assembly elections. The court ruled that the selection of candidates with a criminal record on the basis of a simple “chance to win” is in violation of the order of the superior court of February 13, 2020.

The Electoral Commission, to which the fine will be deposited, aims to conduct a broad awareness campaign to make each voter aware of his right to know and the availability of information on the criminal records of all candidates in lice, the highest court ordered.

Criminal cases against MPs, MPs can only be withdrawn after the consent of HC: SC

Daily NEWS Summary | 10-08-2021; On Tuesday, the Supreme Court questioned the central government’s commitment to quickly try and prosecute criminal politicians and ordered that a criminal case against a parliamentarian or member of the judiciary can only be withdrawn after obtaining the agreement of the correspondent of the High Court.

A bench of three judges headed by Chief Justice of the Supreme Court of India (CJI) NV Ramana reflected on the formation of a special bank to monitor the progress of the investigation and trial of criminal cases involving politicians.

The court accepted several suggestions made by amicus curiae Vijay Hansaria and advocate Sneha Kalita in a report, including freezing the transfer of judicial officials who pursue criminal cases involving lawmakers. The amicus curiae report had suggested a minimum term of two years for these trial judges.

The court accepted Hansaria and Kalita’s recommendation to adopt videoconferencing facilities for interviewing witnesses and to release funds to establish and upgrade virtual court facilities.

He expressed doubts about the government’s determination to bring criminal politicians to justice. The Chamber highlighted how central agencies such as the Directorate of Enforcement (ED) submitted an incomplete affidavit on their cases against sitting MPs and MPs and former MPs.

The Bench gave the Center a last chance to present detailed reports on cases registered by the CBI, ED and other central agencies against parliamentarians and members of the judicial council.

Criminal trials have been delayed, some for decades, because powerful parliamentarians and members of the judiciary seized higher courts and obtained a provisional suspension. Some date back almost 40 years. Most are stuck at the stage of criminal charges. These cases range from corruption to money laundering.

Daily NEWS Summary | 10-08-2021; The Indian government has made an urgent appeal for the evacuation of all Indian citizens from the Afghan city of Mazar-e-Sharif. The social media manager of the Indian Consulate in the city urged citizens stationed in or around the city to contact the authorities to board an emergency flight on Tuesday afternoon. The statement came in the context of Taliban forces rushing to the outskirts of the city after their latest conquest of Kunduz.

The event came two days after the city of Kunduz fell to the Taliban. The Taliban fighters said they are now coming to capture Mazar-e-Sharif, which is Afghanistan’s fourth-largest city with more than half a million inhabitants.

The city’s preeminent political figure and its greatest warlord, Atta Mohammed Noor, said he would fight the Taliban “to the last drop” of his blood. Statements by both sides indicate that a major military confrontation is expected if the Taliban attack government forces in or around Mazar-e-Sharif. The government of President Ashraf Ghani is expected to wage a fierce fight to prevent the city from falling into the hands of the Taliban.

India’s announcement reflects the deterioration of public order in Afghanistan, where the safety of foreign nationals has become difficult to guarantee. And the UK has already asked its citizens to leave Afghanistan as soon as possible after the Taliban made remarkable progress in capturing new areas, increasing pressure on Kabul.

Daily NEWS Summary | 10-08-2021; Prime Minister Narendra Modi criticized BJP deputies for the absence of some of them in the Rajya Sabha on Monday when the 2021 bill on judicial reform (streamlining and conditions of service) was passed. He made his remarks at the last parliamentary meeting of the BJP party in this monsoon session of Parliament, and asked Parliamentary Affairs Minister Pralhad Joshi to compile a list of the absent MPs, the sources said.

The censorship was due to the fact that the opposition had presented a statutory resolution requesting that the bill be sent first to a special committee. Although the resolution was rejected and the bill was approved by voice, the participation of the Treasury banks was low, with “at least 20 deputies missing,” according to government sources.

According to those present at the meeting, Modi said that he had had no other means than this public censure after his attention was drawn to the absence because he had also raised this issue before.

He also called on party deputies to publicize government initiatives to eradicate malnutrition, publicize Ayushman Bharat’s health insurance plan, and promote sports of all kinds and not just cricket in their constituencies. 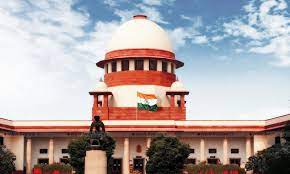