Covaxin is not on the WHO emergency use list for use in children.

Daily NEWS Summary | 06-01-2022; On December 25, 2021, Prime Minister Narendra Modi announced that adolescents between the ages of 15 and 17 will be eligible to receive a COVID-19 vaccine from January 3. Two days after the announcement, the health ministry released guidelines for the adolescent immunization schedule.

While it makes it clear that adolescents aged 15 and over (anyone with a year of birth 2007 or earlier) will be able to register with Co-WIN, the ministry stressed that Covaxin will only be administered. to this age group. Covaxin received emergency use authorization for use in children 12 years of age and older on the same day the Prime Minister made the announcement. However, ministry guidelines incorrectly state that Covaxin is the “only vaccine with the WHO Emergency Use List (EUL) for the 15-18 age group.”

On November 3, 2021, the WHO published an Emergency Use List (EUL) for Covaxin for use in adults. The November 3 press release states that the WHO Strategic Advisory Group of Experts on Immunization (SAGE), which provides vaccine-specific policies and recommendations for vaccine use in populations, has reviewed the October 5, Covaxin and “recommended” the vaccine in “all ages groups of 18 and over”.

On November 3, the WHO also took to Twitter to broadcast its decision to include Covaxin on the emergency use list for COVID-19 vaccines. In a series of tweets, the WHO reiterated that SAGE had reviewed and recommended “the use of Covaxin in two doses, with a dose interval of four weeks, in all age groups 18 years and older”.

A statement released on November 24 last year once again points out that Covaxin has not been given the emergency use list for use in children. He indicates that although Covaxin developed by Bharat Biotech has been approved in India for children aged 12 to 17 years old, “it has not yet received the EUU from the WHO for this age indication”.

In order for Covaxin to be approved for children 12 years of age and over and to benefit from an emergency use list, Bharat Biotech must submit manufacturing quality data, clinical and non-clinical data on vaccines for children of 12 years and over, and labeling details. It is not known how the Department of Health incorrectly stated that Covaxin has an EUL for the 15-18 age group.

Daily NEWS Summary | 06-01-2022; Supreme Court said it could urgently hear a January 7 petition alleging that the security breach that left Prime Minister Narendra Modi’s trailer stranded on an overpass in the Punjab for 15 to 20 minutes was committed with state police ‘collusion’ and raised the ‘longest security breach of any Indian prime minister in recent years’.

“Although the Chief Secretary of State of Punjab and the Director General of Police assured the Special Protection Group [which protects the Prime Minister] that the road was clear, it was found that it was not the case, which resulted in a precarious situation. The Prime Minister’s security failure was clearly in collusion with the Punjab police. Only the government of Punjab knew the precise route of the Prime Minister, which is never shared for reasons of high security ”, indicates the petition filed by an NGO, Lawyer’s Voice.

A bench led by Chief Justice of India NV Ramana has asked lead attorney Maninder Singh, who raised the NGO’s case for an urgent hearing, to deliver a copy of the petition to the government of Punjab. The petition called for disciplinary action against Punjabi Chief Secretary Anirudh Tewari and Police Director General Sidharth Chattopadhyaya, who have become parties to the case.

The Constitutional Reform Law (One Hundred Third) that introduces a EWS quota entered into force on January 14, 2019. On January 17 of the same year, the government issued an official memorandum (MO) informing that families with lower gross annual incomes at 8 lakh they would be identified as EWS to benefit from the reserve.

“The amendment came in on January 14. January 17, OM arrives… So the entire process of consultation, discussion, etc., with the Ministry of Social Justice was completed and everything was done before January 17? Judge D.Y. Chandrachud asked Attorney General Tushar Mehta.

Mehta said the ₹ 8 lakh limit was derived after the study. “It was not an unexplored position,” said the top judicial official. The court, which also includes Judge AS Bopanna, noted an affidavit filed by the government last October, which revealed that the ₹ 8 lakh threshold was “largely based” on the test to identify the creamy avocado in the OBC quota.

The court said the earlier position in October was completely at odds with the later findings of the government’s own expert committee headed by former finance secretary Ajay Bhushan Pandey in December. The committee, formed by the government to review the ₹ 8 lakh limit, in its December 31 report argued that the ₹ 8 lakh threshold established to identify the EWS was not a “mechanical adoption” of the creamy layer limit of OBC.

The court shared the concern expressed by lawyers that the country needs medical specialists to address the protracted public health crisis posed by the pandemic. He reserved the case for warrants and allowed the attorneys to present their written arguments before January 7.

In his arguments for the Center, Mehta asked if anyone with “common sense” would think that ₹ 8 lakh was an “irrational” income limit for determining EWS. He said EWS had a “stricter test” and looked at the family’s gross annual income and not just that of the person seeking reserve benefits. He referred to the Pandey committee report, which said that the ₹ 8 lakh criterion struck a “fair balance” between inclusion and inclusion errors.

The government has dismissed the petitioners’ accusation, represented by attorney Charu Mathur, that they “changed the rules of the game midway” in the NEET admission process by issuing a notice on July 29 of last year announcing a 27% quota for OBC and a Reserve of 10% for EWS in the All India quota. Mehta said the notification came long before the NEET date and the counseling process began.

However, lead counsel Shyam Divan argued that the candidates registered for the exam in February last year with the particular seating matrix available at the time. Indeed, the July 29 notification had changed the seating matrix by including a new reservation, thus unfairly changing the rules of the game.

Daily NEWS Summary | 06-01-2022; With COVID-19 infections increasing daily, the electoral commission discussed the situation with health officials in the five states where assembly elections are scheduled for today. An EC official said the Commission met with the Union Health Secretary Rajesh Bhushan, the Director of the All India Institute of Medical Sciences Randeep Guleria and the Director General of the Indian Council of Medical Research Balram Bhargava for a “Comprehensive review of the current status of COVID infection”.

The Commission has received comments from medical experts on the security measures to be implemented, the official said. He reiterated to the Secretary of Health that all eligible persons must receive the first and second doses of the vaccine. He also held a discussion about law and order in the states – Goa, Manipur, Punjab, Uttar Pradesh and Uttarakhand – with Interior Secretary Ajay Kumar Bhalla, the official said. The Secretary of Health previously informed the Commission about the COVID-19 situation in the United States on December 27, 2021. 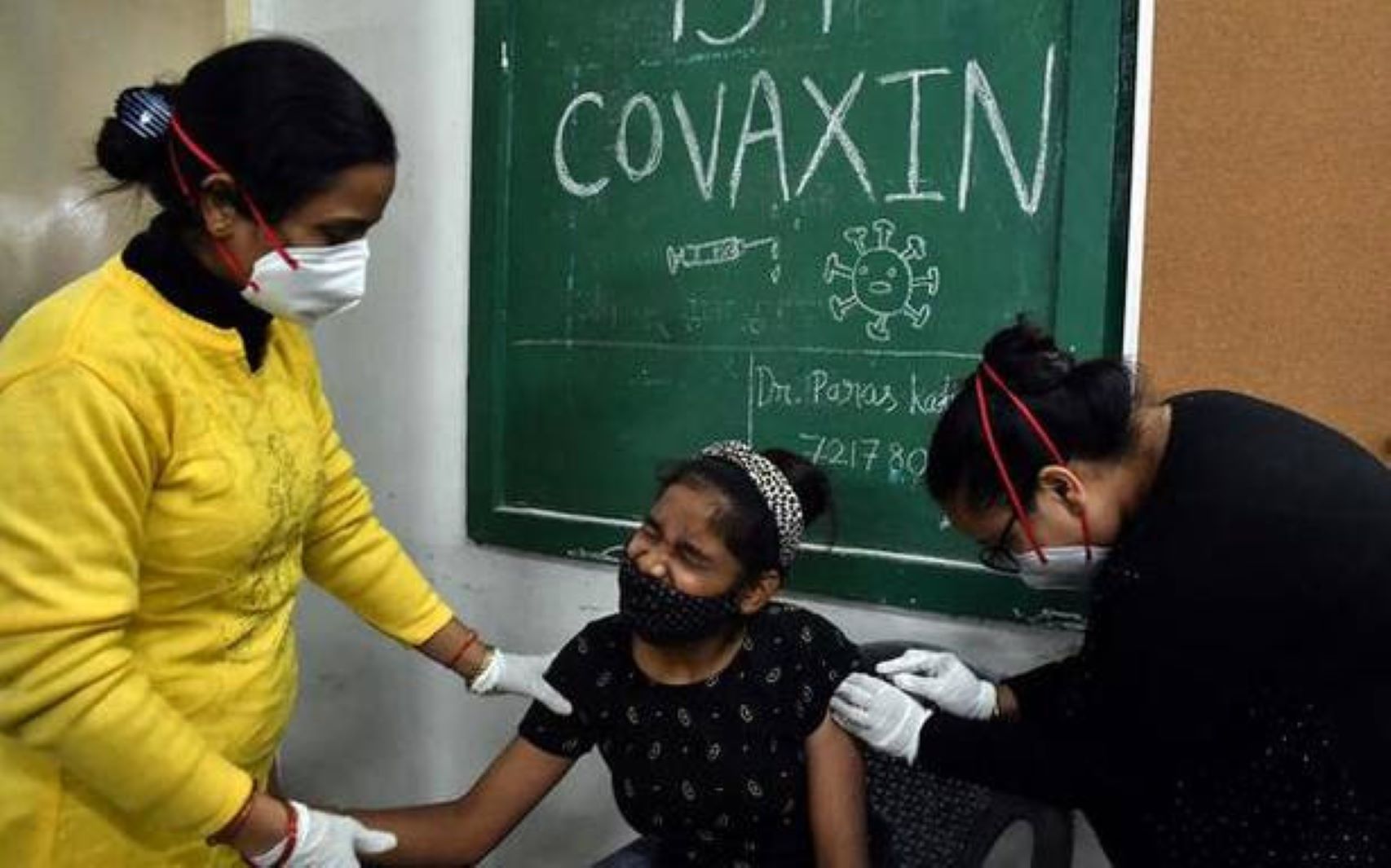