Daily NEWS Summary | 29-12-2021; World Health Organization says the number of registered COVID-19 cases worldwide increased 11% last week from the previous week, with the largest increase in the Americas. The gain follows a gradual increase from October.

The University of Cambridge also said India is likely to see an increase in the number of cases amid concerns about a possible third wave. India has so far recorded 781 cases of the Omicron variant of the coronavirus in 21 states and UT, of which 241 people have recovered or migrated, according to data from the Union Ministry of Health updated on Wednesday. Delhi recorded the peak number of 238 cases, followed by Maharashtra with 167, Gujarat 73, Kerala 65 and Telangana 62.

With 9,195 people testing positive for coronavirus infection in one day, the total number of COVID-19 cases in India rose to 3,48,008,886, while active cases rose to 77,002. The death toll rose to 4.80,592 with 302 new deaths, the data showed. The United Nations health agency said in its weekly epidemiological report released Tuesday night that nearly 4.99 million new cases were reported worldwide from December 20 to 26.

Europe accounted for more than half of the total, at 2.84 million, although this is only a 3% increase from the previous week. It also had the highest infection rate of all regions, with 304.6 new cases per 100,000 inhabitants.

The WHO said that new cases in the Americas increased 39% to almost 1.48 million, and the region had the second highest infection rate with 144.4 new cases per 100,000 inhabitants. The United States alone has registered more than 1.18 million cases, an increase of 34%. New cases reported in Africa increased 7% to almost 275,000.

Daily NEWS Summary | 29-12-2021; As cases of the Omicron variant of the Coronovirus begin to increase in several states, the BJP has said that it is ready to hold virtual rallies, if Uttar Pradesh, Uttarakhand, Goa, Punjab and Manipur, who will go to the polls early next year, It should be recalled that the Allahabad High Court urged the government to postpone the elections in light of the increase in COVID cases.

Jal Shakti’s minister, Gajendra Singh Shekhawat, told reporters that the BJP was ready for virtual election rallies. On December 25, Prime Minister Narendra Modi announced a “precaution” or booster dose of vaccines for healthcare and frontline workers. All those involved in the electoral process, including public officials and others, have been added to the category of front-line workers, eligible for these “precautionary” doses.

All eyes will be on the ECI, which is expected to announce the election dates early next month. This year, the Commission’s belated decision to ban election campaigns in West Bengal amid a raging pandemic attracted attention. In the end, when rallies and public gatherings of more than 500 people were banned, the decision was made a day after Modi canceled his four scheduled meetings.

Doctors fight and continue to protest

The Rajiv Gandhi Super Specialized Hospital (RGSSH) Resident Physicians Association (RDA) issued a statement that its members were “withdrawing their services” to protest the alleged police action in a face-to-face meeting between them and the doctors and demanded the acceleration of the NEET PG counseling process.

The RGSSH, which is run by the Delhi government, is one of the main COVID-19 treatment facilities in the city. “Senior residents and minor residents boycotted services starting today. But we try to compensate with consultants so that patient care is not affected too much, ”said a senior hospital official, adding that around 900 to 2,000 patients visit their OPD daily.

GDR members at Chacha Nehru Bal Chikitsalaya and Northern Railway Central Hospital, one of Delhi’s busiest facilities, also protested and boycotted the services. Due to the unrest, patient care was affected at three facilities run by the center of Safdarjung, RML and Lady Hardinge hospitals, as well as some hospitals run by the Delhi government. The meeting between a FORDA delegation and Union Health Minister Mansukh Mandaviya took place at Nirman Bhawan in New Delhi, but the medical profession said “the response was not satisfactory.”

A senior police officer said residents protesting were aware of the yellow alert issued in the nation’s capital in light of the current situation of the coronavirus pandemic. Amid an increase in COVID-19 cases following the appearance of the Omicron variant on December 28, Delhi Chief Minister Arvind Kejriwal declared a yellow alert under which schools, universities , movie theaters and gyms and stores that sell non-essential items are functionin pairs, and subways and buses that operate with 50% of the city’s seating capacity.

Daily NEWS Summary | 29-12-2021: Hong Kong lost its second independent outlet this year after the forced closure of Stand News on Wednesday; their offices were raided and several current and former senior officials were arrested.

More than 200 police raided the organization’s offices and the homes of its staff in the early hours of Wednesday and seized computers and papers. Stand News said it had halted all operations, would shut down its website, remove all content and lay off its staff. With its closure, Hong Kong has lost a second independent media outlet in recent months. In June, Apple Daily, a popular and outspoken tabloid, stopped publishing after its owner Jimmy Lai was arrested.

While Wednesday’s arrests were made under a colonial-era sedition law, recent measures targeting Hong Kong media came in the wake of new legislation passed by Beijing that broadened the scope action by law enforcement authorities. Last week, monuments related to the Tiananmen Square crackdown in 1989 were removed from four universities in Hong Kong, with the law cited as the reason.

On Wednesday, an official with the Hong Kong Police Department’s National Security Department accused Stand News of “conspiracy to print or distribute seditious materials.” The charges were linked to several opinion pieces criticizing the government. The official said at a press conference that the organization’s bank accounts were also frozen with $ 7.82 million in assets seized.

The Hong Kong Journalists Association said in a statement, reported by the South China Morning Post, that it was “deeply concerned” about the arrests and police raids. “The association urges the government to protect press freedom in accordance with the Basic Law,” the statement said, referring to the law under which the HKSAR is administered under the “one country model,” two systems “, since its return to China in 1997. 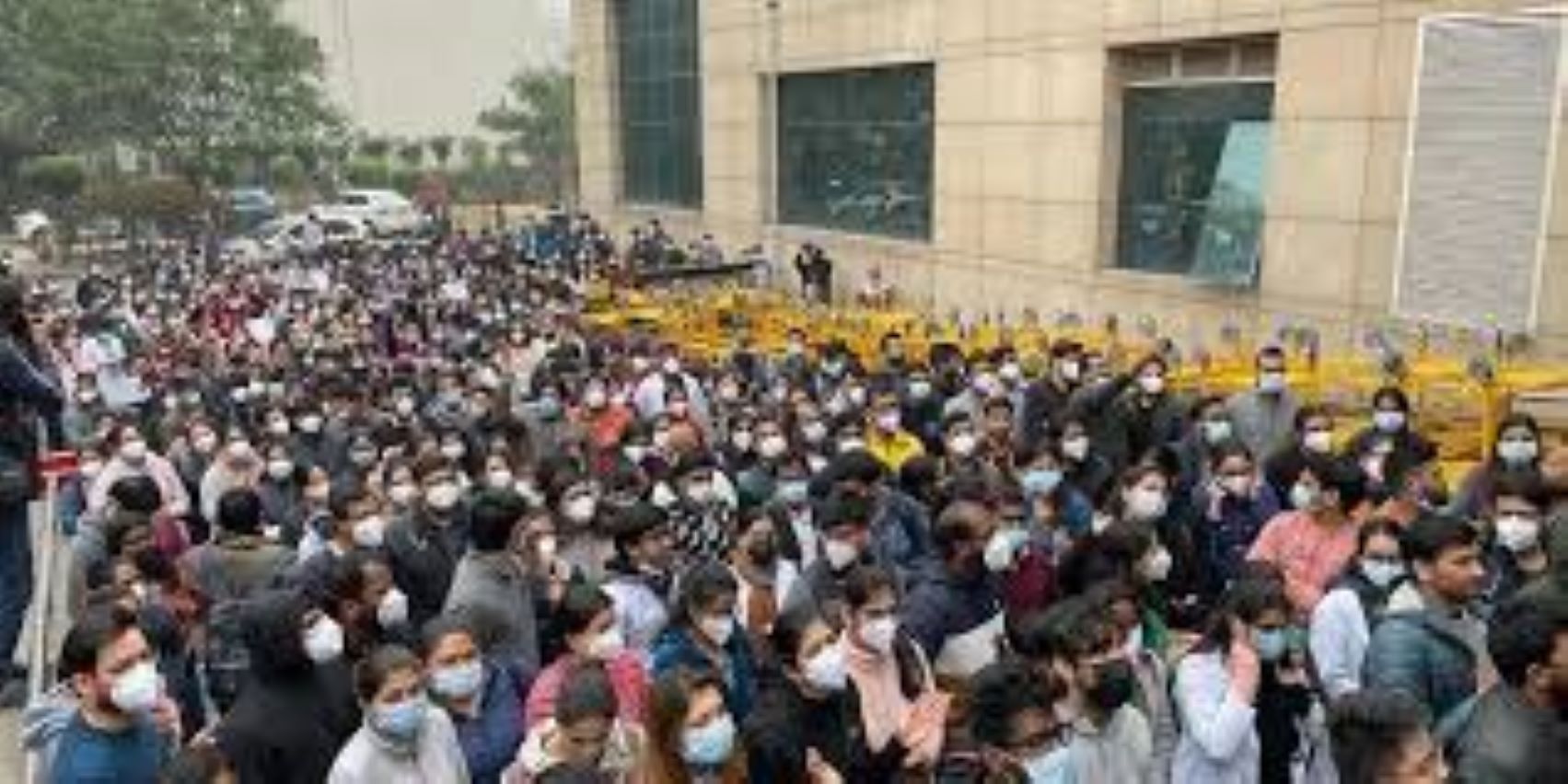