Daily NEWS Summary | 28-12-2021; Two more vaccines will join India’s arsenal in the fight against COVID after approval for emergency use authorization. Health Minister Mansukh Mandaviya tweeted about the green light given to both vaccines, as well as an antiviral drug, Molnupiravir. Currently, India uses Covishield, Covaxin and Sputnik V in its vaccination program.

Corbevax, to be manufactured by Hyderabad-based Biological-E, is a protein subunit vaccine and is jointly developed by Biological E, Baylor College of Medicine in Houston, USA, and the American company Dynavax Technologies; Covovax will be manufactured by the Serum Institute of India, Pune, under license from Novavax, a US-based biotech company Covovax has been approved by the World Health Organization (WHO) as part of its emergency use list and therefore it will also be available worldwide as part of the COVAX initiative to ensure that ‘at least 40% of the world’s population is vaccinated as a priority.

Molnupiravir is said to be a promising drug for people with mild and moderate illnesses, and it is also easily administered in pill form. Thirteen companies in India are about to manufacture this drug. It has been approved as part of an emergency use authorization for the treatment of adults with COVID-19 “who are at high risk of progression to the disease.” Cipla, one of the licensees, said in a statement that it plans to launch Molnupiravir under the brand name Cipmolnu.

Following Prime Minister Narendra Modi’s announcement last week that starting January 3, people aged 15-17 would be eligible for Covaxin, healthcare workers, frontline workers and people over 60 with comorbidities who have already received two injections will be eligible for a third dose starting January 10. So far, no studies have shown how effective the new vaccines will be in protecting against symptomatic infections when used as a third dose, although the WHO general observation is that identical or mixed vaccine regimens “enhance the immune response” better protect against disease.

In June, the Center said it had “reserved” 30 crore doses of Corbevax. Although the first tests showed that the vaccine was safe and capable of triggering an immune reaction, no results are yet available on its efficacy. In June, results from a phase 3 clinical trial of Novavax involving 29,960 adult volunteers in the United States and Mexico showed that the vaccine was shown to be 90.4% effective in preventing symptomatic disease from COVID-19. It has also shown 100% protection against moderate and severe diseases.

Daily NEWS Summary | 28-12-2021; Amid a surge in COVID-19 cases, Delhi recorded 331 new COVID-19 cases on Monday, the largest single-day increase since June 9 and one death, as the positivity rate rose to 0, 68%, according to data shared by the city’s health service, the Delhi Disaster Management Authority (DDMA) ordered the closure of schools, colleges, cinemas and gyms with immediate effect and imposed various restrictions on the operation of shops and public transport when a yellow alert was activated as part of gradual response action plan (GRAP).

After a high-level meeting to review the pandemic situation in the country’s capital, Chief Minister Arvind Kejriwal said that a decision had been made to issue a “yellow” alert due to the rapid increase in cases of infections. The “yellow” alert restrictions state that stores and establishments of non-essential goods and services and shopping centers will open with an odd-even formula from 10 a.m. at 8 p.m.

The night curfew schedule imposed from Monday night has also been extended by one hour and will now begin at 10 p.m. The nightly curfew of 10 p.m. at 5 a.m. will remain in effect until further notice, specifies the order issued by the DDMA. Weddings and funerals will be authorized in the presence of 20 people and any other type of gathering linked to social, political, cultural, religious and festive events will be prohibited.

The Delhi Metro will operate at 50% of its seating capacity, while rickshaws and taxis will be able to carry up to two passengers. The buses will also operate at 50% of their capacity, says GRAP. The DDMA ordinance said all restrictions under the “yellow” alert would take effect immediately.

The GRAP approved by the Delhi Disaster Management Authority (DDMA) prescribes that the “yellow” alert sounds if the positivity rate remains above 0.5% for two consecutive days. The “yellow” alert restrictions stipulate that only one weekly market will be allowed to open per zone with 50% of suppliers. Restaurants with a capacity of 50% will be allowed from 8 a.m. to 10 p.m., while bars will also be able to operate with the same capacity, but from 12 p.m. to 10 p.m.

In addition, cinemas, banquet halls, spas, gymnasiums, outdoor yoga activities, amusement parks, stadiums, swimming pools, schools, universities and educational establishments will not be not allowed if the “yellow” alert sounds. Private offices can work with up to 50 percent of the staff. In Delhi government offices as well, with the exception of a certain category of civil servants, only half of the remaining staff may be under the “yellow” alert. Other religious sites will open but no visitors will be allowed. However, parks and gardens can be opened. Karnataka has also imposed a nighttime curfew following a 10-day increase in cases.

Daily NEWS Summary | 28-12-2021; Union Health Minister Mansukh Mandaviya met a delegation of protesting doctors and urged them to call off the strike. Resident doctors protest government delay in advising NEET PG. Following the meeting with the Federation of Resident Doctors Associations (FORDA), the minister said the government is taking all necessary measures and that an appropriate response regarding the SAP report will be presented to the Supreme Court before the due date of hearing on January 6.

Mr. Mandaviya also expressed his gratitude to medical residents and health workers for the exemplary work they did during the Covid crisis. To intensify their uproar over the delay of the NEET-PG 2021 council, a large number of medical residents demonstrated at the Safdarjung hospital run by the center on Tuesday, especially as police officers were deployed to ensure law enforcement and law enforcement. Earlier today, as medics were on their way to the Supreme Court, there was a confrontation with police, after which both sides claimed wrongful attacks and injuries sustained in the ensuing skirmish.

Covid Updates: The number of coronavirus cases reported in India was 3,482,273 at the time of publication of this bulletin, with the death toll at 4,80,240. 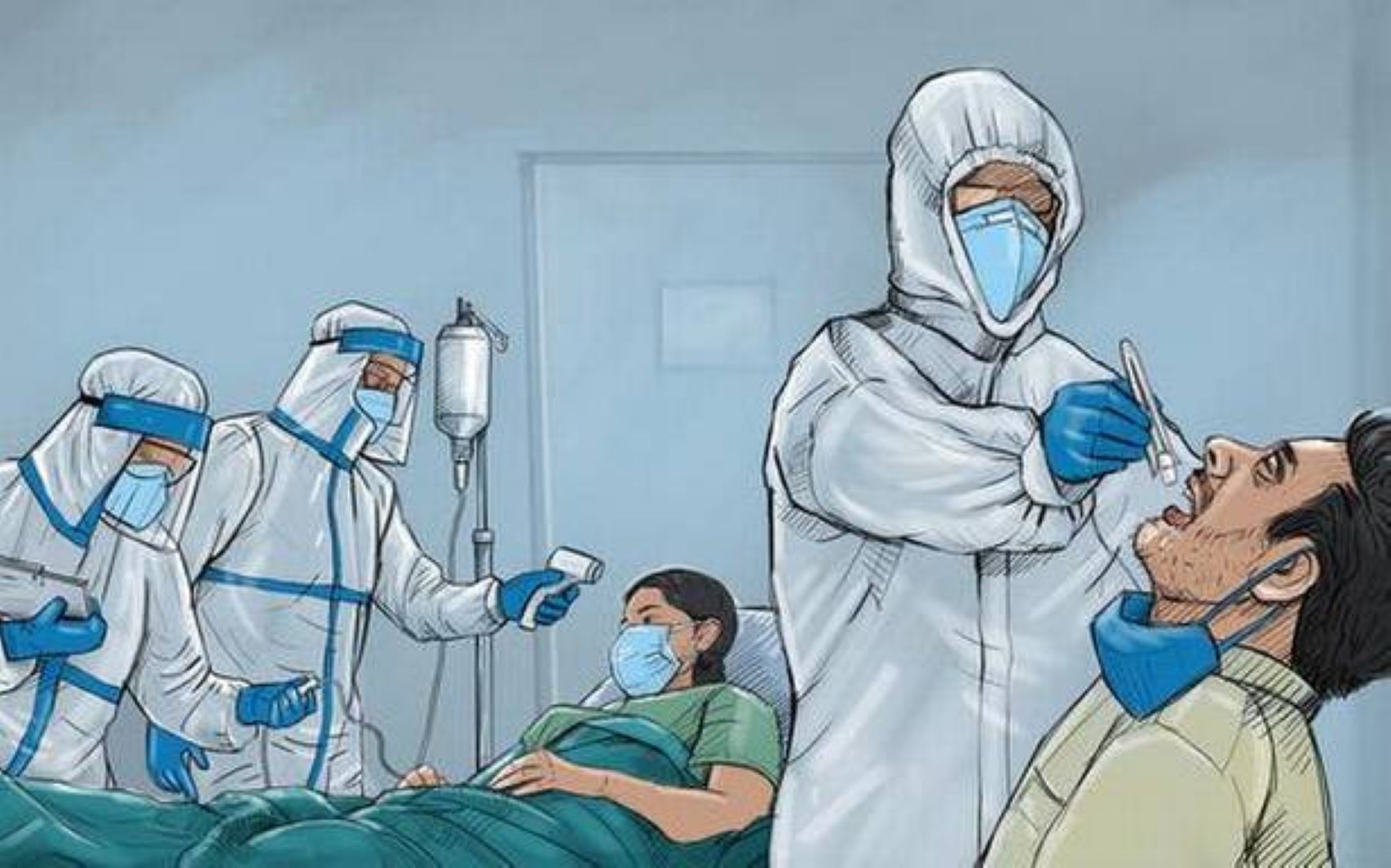