Omicron cases double in 1.5 to 3 days in areas of local spread, WHO says

Daily NEWS Summary | 18-12-2021; The Omicron variant of the coronavirus has been reported in 89 countries and the number of cases is doubling within 1.5 to 3 days in areas of community transmission, the World Health Organization (WHO) said.

Omicron is spreading rapidly in countries with high population immunity, but it is not known whether this is due to the virus’s ability to evade immunity, its higher inherent transmissibility, or a combination of the two, the WHO said in an update.

The agency named Omicron as a variant of concern on November 26, shortly after its first detection, and little is yet known about it, including the severity of the disease it causes.

“There is still limited data on the clinical severity of Omicron,” the WHO said. “More data is needed to understand the severity profile and how vaccination and pre-existing immunity affect severity.” They added: “The data available is still limited, and there is no peer-reviewed evidence, on the efficacy of the vaccine to date for Omicron. “

Daily NEWS Summary | 18-12-2021; Supporting the demolition of the properties of suspected criminals by the Chief Minister of Uttar Pradesh, Yogi Adityanath, as part of his management of public order, Prime Minister Narendra Modi unveiled a new formulation U.P.Y.O.G.I – U.P. more Yogi. Upyogi means helpful in Hindi, and using the pun, the Prime Minister has returned to support Adityanath as the state draws closer and closer to the 2022 assembly elections.

Speaking at the Ganga Highway foundation laying ceremony in Shahjahanpur, Mr. Modi referred to the demolition of property of suspected criminals and mafia during BJP rule in UP: “When the bulldozer hits the mafia… the bulldozer passes over an illegal building, but the caregiver feels pain. That’s why the folks at U.P. they say, U.P. plus Yogi, bahut hain upyogi (U.P. plus Yogi is very useful) “.

Daily NEWS Summary | 18-12-2021; Samajwadi party, led by Akhilesh Yadav, allegedly committed a crime when the Income Tax Department raided the residences of people linked to its leadership in various neighborhoods in Uttar Pradesh, including that of the party’s national secretary, Rajeev Rai .

Teams from the IT department raided Mr. Rai’s Mau residences; Jainendra Yadav, who appears to be close to Mr. Akhilesh Yadav; and Manoj Yadav, an entrepreneur from Mainpuri. The department did not release details, saying only that research was underway.

Mr. Rai is also a spokesperson for the SP. In 2014, he challenged Lok Sabha’s choice of Ghosi in eastern U.P. but finished fourth. Addressing his supporters who had gathered outside his residence, Mr. Rai said he did not have a criminal record or black money.

Mr. Akhilesh Yadav commented that the I-T department had come to U.P. to challenge the 2022 assembly elections, in a dig into the BJP-led Union government. As the BJP feels defeat, not only the I-T department but also the ED and CBI will come to the UP, in addition to the plots and rumors that will spread, he said.

Daily NEWS Summary | 18-12-2021; A senior DRDO scientist was arrested for allegedly placing an improvised explosive device (IED) in a tiffin box with the intention of killing his neighbor at Rohini District Court in New Delhi earlier this month, the police. The IED that set off a low-intensity explosion in courtroom number 102 on December 9 injured one person. The accused, Bharat Bhushan Kataria (47), was arrested on Friday, police said.

According to Delhi Police Commissioner Rakesh Asthana, Mr. Kataria, who is a senior scientist at the Defense Research and Development Organization, entered the courthouse at 9:33 a.m. on the day of the trial. incident with two bags and left one inside the courtroom number. 102. The accused left the premises of the court at 10.35 am.

Kataria had placed the improvised explosive device in a tiffin box and left the bag containing the tiffin box in the courtroom because she wanted to kill her neighbor, who is a lawyer, police said. The lawyer lives on the ground floor of the building while the defendant lives on the third floor. Kataria filed five civil cases against the lawyer, while the latter had filed seven civil cases against the defendants, police said.

Teams from the Forensic Sciences Laboratory (FSL) and the National Security Guard (NSG) had visited the scene of the explosion and it turned out that the materials used to make the IED were commercially available. The IED was not properly assembled, only the detonator exploded, police said.

Woman Sarpanch of Odisha, pleads for a living

Daily NEWS Summary | 18-12-2021; The word sarpanch conjures up the image of rural authority, a person who solves villagers’ problems and gets development work done. But in a parody of both privilege and the popular system of government aimed at empowering the underprivileged, a sarpanch in Odisha’s Ganjam district was found begging for survival.

Hema Naik, the sarpanch woman from the Badapalli panchayat was seen below the Khallikote block in Ganjam district, going from house to house in search of alms. Ms. Naik belongs to the scheduled caste community. She became the sarpanch of Badapalli, a predominantly tribal panchayat, after the position was reserved for candidates from the scheduled castes. However, her election to the highest position in the panchayat did not change her financial situation. According to the villagers, she was still dependent on begging. Her term as sarpanch will end early next year.

Although her husband works as a laborer in the panchayat office and a son works as a daily bet, her income is not enough. Furthermore, Ms Naik was present together with Khallikote MP Suryamani Baidya, who had come to Badipalli to distribute the smart health cards under the Biju Swasthya Kalyan Yojana (BSKY), a few days ago. A day after the event, she went back to begging.

When she was contacted, Mitali Patra, responsible for the development of the Khallikote blocks, admitted to having received information about the plight of the Sarpanch woman six months ago. “The information about the Badapalli sarpanch begging in the street came to us from the complaints cell of the Chief Minister about six months ago. Subsequently, we carry out an investigation to verify the fact. The sarpanch told us that he was not begging in the panchayat, ”said Ms. Patra. 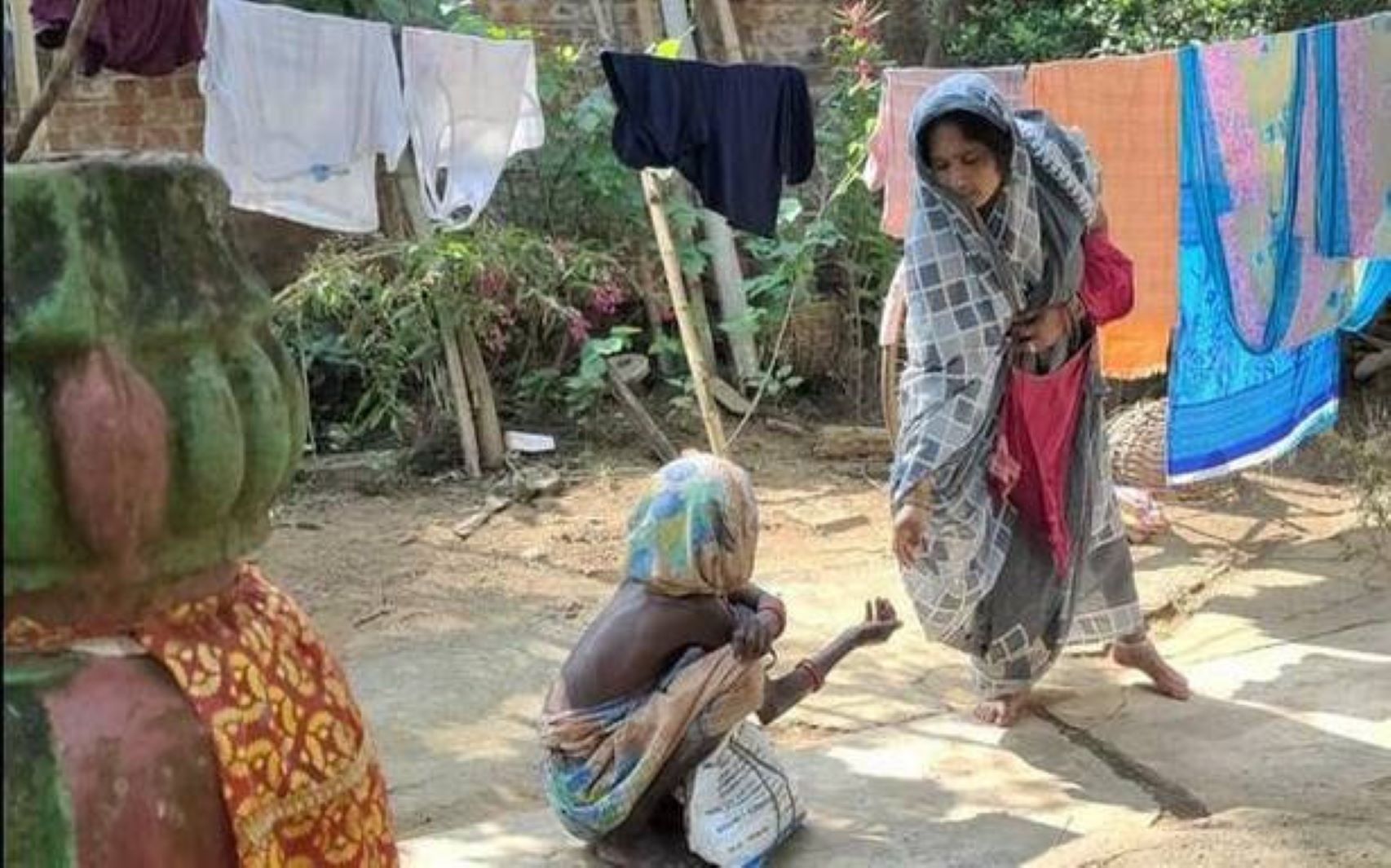