Daily NEWS Summary | 15-12-2021; Union Cabinet approved a 76,000 crore program to boost semiconductor and display manufacturing in the country, bringing the total amount of announced incentives for the electronics sector to 2.30 crore lakh, according to a statement from the government. The comprehensive program to “Develop a Sustainable Semiconductor and Display Ecosystem in the Country” aimed to make India a global center for the design and manufacture of electronic systems, according to the statement.

“The program will usher in a new era in electronics manufacturing by providing a globally competitive set of incentives for semiconductor and display design and manufacturing companies,” the government said.

The program would provide fiscal assistance of up to 50% of the project cost for the establishment of semiconductor and display manufacturing units. In addition, the Center would work with states to establish high-tech clusters with the necessary infrastructure, such as semiconductor-quality land and water, the government said.

Reliable sources of semiconductors and displays were of strategic importance in the current geopolitical landscape and were “the key to the security of critical information infrastructures.” “The approved program will drive innovation and strengthen national capacities to secure India’s digital sovereignty. It will also create opportunities for highly skilled jobs to take advantage of the country’s demographic dividend, ”the statement said.

Announcing the program at a press conference, the Minister of Electronics and Information Technology, Ashwini Vaishnaw, said that the manufacture of electronic products in the country reached $ 75 billion in the year for the last seven years and is expected that reaches $ 300 billion in the next six years. The “start-up chips” program would develop 85,000 well-trained engineers, he said. Semiconductor designers would have the ability to launch startups. The government would bear 50% of the expenses under the design incentive program. The entire program would generate 35,000 high-quality direct jobs and 1 lakh of indirect jobs.

Information and Broadcasting Minister Anurag Thakur said the decision is expected to attract investment of Rs 1.67 million lakh and lead to production worth Rs 9.50 million lakh.

Daily NEWS Summary | 15-12-2021; The Supreme Court asked Kerala and Tamil Nadu not to go to court on all matters related to the Mullaperiyar dam, urging them to behave like normal litigants and not to use the court as a platform to score political points.

A bench run by Judge A.M. Khanwilkar said states must address the Mullaperiyar issue impartially and make decisions by consensus. He reminded the two neighbors that the Supreme Court should not be forced to carry out the daily management of the dam.

The harsh words from the court came after Kerala filed a claim complaining that Tamil Nadu was releasing water from the dam in the middle of the night without warning, endangering the lives of thousands of river-living people. down, unaware in their sleep of the danger to their lives. Kerala said that Tamil Nadu must give 24 hours notice before opening the shutters to let water out.

The court said the state must first go to the court-ordered oversight committee to hear these complaints. He said Kerala had a representative on the committee, who could notify the state in advance of the impending water release.

Kerala’s chief lawyer Jaideep Gupta said the committee had not responded to appeals made by the state. Lead attorney Shekhar Naphade from Tamil Nadu strongly responded that “those lawsuits will keep coming” from the Kerala side on one issue or another.

The court said it was up to the oversight committee to consider the need to discharge the water from the dam and when or how it should be released. “But every activity must be consensual and the committee will make a decision … their representative [from Kerala] is also there,” Judge Khanwilkar told Gupta.

“All political statements are made here and such statements cannot be made in court. Let there be an impartial approach. Nominations cannot come here every day. This is all generated by someone’s ingenuity, ”said Judge Khanwilkar.

“We consider it appropriate that such requests are first submitted to the Oversight Committee before taking the necessary steps for the release or management of the Mullaperiyar Dam. If such a request is made, the committee will examine this request quickly and seriously, ”the court ordered. He published until January 11 a series of petitions raising security concerns about the Mullaperiyar dam.

Tamil Nadu, in an affidavit, said the safety of the dam was supported by reports of the expert committee and the empowered committee after careful study. He said the height of the dam’s storage level at 142 feet was upheld by the Supreme Court in a 2014 ruling.

Kerala, in turn, called for a review of the rule curve as the dam is located in an earthquake zone. He had accused Tamil Nadu of having adopted an “obsolete” door exploitation program dating back to 1939.

The only survivor of a helicopter crash, the captain of the group Varun Singh succumbs to his injuries

Daily NEWS Summary | 15-12-2021; Group Captain Varun Singh, the sole survivor of the Mi-17 helicopter crash in which the Army Chief of Staff General Bipin Rawat and 12 others were killed last week, died of his injuries. injuries in early December 15, the Indian Air Force said.

The Mi-17 V5 along with General Rawat, his wife and 12 other servicemen was en route from Sulur to Defense Services General Staff College (DSSC), Wellington, when it crashed into the Nilgiris near the destination. Gp. Captain Varun Singh was sent to DSSC as an instructor when he passed away.

Gp. Captain Singh, a native of Bhopal, graduated from the National Defense Academy in 2003. He was appointed a fighter pilot in 2004 and has primarily flown Jaguars and Texas during his piloting career. He was also an experimental test pilot. He is survived by his wife, son and daughter.

After the accident, Gp. Captain Singh, who was the DSSC’s top staff, was transferred to Wellington Military Hospital and then transferred to Bengaluru Command Hospital, where his condition remained critical despite the best efforts of medics. He had suffered severe burns and was unconscious, authorities said.

Daily NEWS Summary | 15-12-2021; The Supreme Court said the law denies a caste census and that “the constitution believes in population and not caste or religion”, even as the Center insisted that data collected during the ‘A Socio-Economic Caste Census (SECC) in 2011 were “buggy and unusable” for any purpose.

The court’s oral submissions came moments before it dismissed an appeal filed by Maharashtra to order the Center to part with raw data collected during SECC-2011. The state has indicated that it wants to use the data to implement the Other Backward Class (OBC) reserve in its surveys of local agencies.

The Center, represented by Attorney General Tushar Mehta, told the court that the SECC was not a “census” carried out under the Census Act of 1948 by the Office of the Registrar General of India. It was an “executive act”, independent of the census, and executed by order of the Ministry of Social Justice and Empowerment.

The SECC was not organized as a OBC investigation, but to obtain the caste status of everyone in the country in order to improve the delivery of specific services.

An affidavit filed by the Department of Social Justice with the Supreme Court in September estimated that a backward caste census was “administratively difficult and cumbersome.” The Center had clarified in the affidavit that “the exclusion of information” concerning any other caste, other than the registered castes and tribes, from the scope of the census is a “conscious political decision”.

The Center’s position in court came amid growing clamor from political parties for a caste-based census and the silence of the ruling BJP. Senior attorney P. Wilson, who is also a member of Rajya Sabha and an advocate for an interested party in the case, said that 4,893 million rupees and two years were devoted to the SECC.

Maharashtra said the state has the right to know the data collected in the SECC, whether the census was conducted on the basis of an executive decree or according to the census law. Naphade said the Center should issue the ministry’s order for the holding of a SECC. But the court noted that it could not issue a mandamus to produce the raw data if the SECC was inaccurate and had no “force of law.”

Daily NEWS Summary | 15-12-2021; The Bombay High Court accepted Aryan Khan’s statement calling for changes to the conditions of his release on bail in the racketeering case against him. A single judge, Nitin Sambre, exempted Khan, the son of Bollywood actor Shah Rukh Khan, from appearing before the Office of Narcotics Control Bureau (NCB) office every Friday.

NCB’s lawyer accepted the statement, on the condition that Khan appear before the Special Investigation Team (SIT) formed to investigate the case. The court recorded: “The plaintiff must report to work in Delhi when he is summoned 72 hours in advance. “

Aryan Khan submitted a request on December 9 asking for a relaxation of compulsory attendance at the OCN office, as the case is currently being examined by the SIT. He also urged the court to have a police presence when it comes to the NCB office due to the presence of the media there.

On October 29, the court released the 23-year-old Khan and two others on bail and ordered them to be released from Arthur Road Prison after posting a cash bond of ₹ 1 lakh with one or more bonds. . 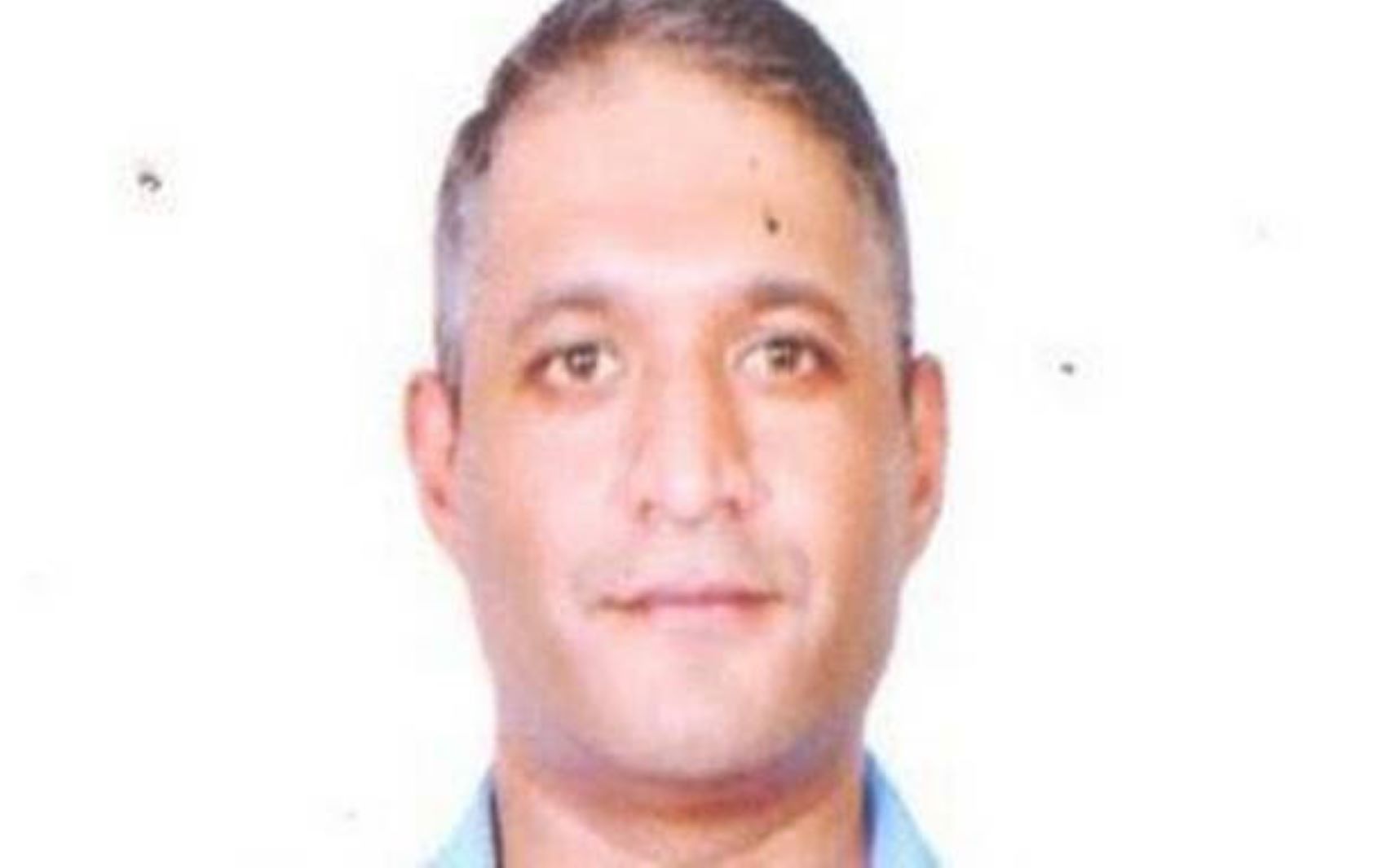