Daily NEWS Summary | 14-12-2021; The task force investigating the violence in Lakhimpur Kheri on October 3 called the murder of four farmers and a journalist a “planned conspiracy”. In a petition submitted to the Kheri District Judicial Officer on Monday, the investigator called for the charges of wrongful death and reckless driving to be dropped, and to add attempted murder and willfully causing serious harm with intentions common to the government order of the accused.

Ashish Mishra, son of Union Minister Ajay Mishra Teni, is the main accused in this case, because it is his vehicle that allegedly crushed the farmers. He, along with 12 others, was convicted under section 302 (murder) and various other sections of the ICC and is currently being held in the Lakhimpur District Prison. On Tuesday, Mishra visited the prison to meet his troubled son. The fact has left the post of Union Minister of State for the Interior in the shadows, and the opposition has increased its demands for immediate impeachment.

In the letter, Vidyaram Diwakar, head of the SIT investigation, said that based on the investigation and the evidence gathered so far, the criminal act was not “negligently” and ” insensitivity “, but rather” was committed deliberately “through a preplanned plot” to kill. “This resulted in the deaths of five people and several others were seriously injured.

As a result, Sections 307 (attempted murder), 326 (willfully causing bodily harm serious with weapons) and 34 (criminal act committed by several people with a common intention) of the IPC and the articles of 25/03/30 of the law on weapons should be added to the order of the defendant and the articles 279 (reckless driving), 338 (causing serious harm through negligence) and 304A (causing wrongful death) of the CPI be removed, ”Diwakar said in the letter. This development came after the Supreme Court ordered the SIT to speed up the investigation and posed tough questions to the UP government.

Daily NEWS Summary | 14-12-2021 ;The dominant community of Konyak Naga practically kept the Mon district of Nagaland out of the confines of the “Indian army” until justice was served for the 14 civilians killed by the security forces on December 4 and 5.

The Konyak Union, the main body of the Konyak, issued a statement on December 13, declaring “a total restriction on the convoy of Indian military forces and patrols” through Konyak territory. “According to the declaration made on December 7, the Konyaks will not withdraw their lack of cooperation with Indian military forces until their letter of demand has been completed,” the organizations said.

The prosecutions include punishing the soldiers involved in the failed ambush that led to their deaths, and publishing the lawsuit against them in the public domain. The union also rejected military recruitment protests in Mon district and called on young people in Konyak not to participate in such protests.

The union ordered landowners to immediately denounce previous land deals signed for the establishment of military camps in the Konyak areas. In addition, he called for the severing of all forms of public relations with the Indian military.

“No Konyak village council, student or company should accept any form of development programs / sops from the military. Any form of packages / sops insured from military forces, if any, must be reported, ”the statement said.

The Konyak Union also called on the state government to take full responsibility for the two survivors of the December 4 incident who are being treated in Assam. The union ordered the Oting city council to denounce the city’s “commendable certificate” awarded by the central government in 1958 for helping it maintain peace in the region.

The December 4 incident happened near Oting. The villagers of Oting had refused to accept 18.30 lakh rupees paid as part of the total compensation for the families of the 14 victims. Compensation will only be accepted after the soldiers guilty of killing the villagers have been punished, they said.

Daily NEWS Summary | 14-12-2021; India voted against a draft resolution in the United Nations Security Council (UNSC) on Monday linking climate to security, saying it was an attempt to change the UN Framework Convention climate talks. United Nations on Climate Change (UNFCCC) to the Security Council and a “step back” for collective action on the issue.

The resolution was sponsored by Ireland and Niger, and did not pass, with 12 UNSC members voting in favor, India and Russia against and China abstaining. Niger, which held the presidency of the Security Council in December, organized a debate on December 9 entitled “Maintenance of international peace and security: security in the context of terrorism and climate change.”

One of the goals of the debate was to examine how terrorism and security risks could be related to climate change, according to a concept note published by Niger. “What can we collectively do under this draft resolution that we cannot achieve under the UNFCCC process? India’s Permanent Representative and Ambassador to the UN, TS Tirumurti, said, saying that the reason countries were trying to bring climate talks to the Security Council was that decisions could be made without consensus or the participation of most developing countries.

Indian officials posted on Twitter a video of Tirumurti explaining India’s vote. “If the Security Council takes responsibility for this issue, some states will have carte blanche to decide on all climate-related issues. This is clearly neither desirable nor acceptable, ”he said.

The draft resolution, the ambassador said, would undermine progress in Glasgow, where the latest round of talks under the UNFCCC, the 26th Conference of the Parties (COP26), ended in November. Developing and least developed countries have worked, over the past two decades, to make “common but differentiated” responsibilities a fundamental principle of climate action, Tirumurti noted.

“Today’s attempt to link climate to security really seeks to mask the lack of progress on critical issues under the UNFCCC process,” Tirumurti said, adding that many UNSC members were the main contributors to climate change due to the historical emissions.

Daily NEWS Summary | 14-12-2021; The Supreme Court confirmed the government’s mandate to expand three Himalayan highways, deemed crucial by the Ministry of Defense (MoD), for the rapid concentration of troops along the border with Indochina. The three national highways, Rishikesh to Mana, Rishikesh to Gangotri and Tanakpur to Pithoragarh, serve as access roads to the northern border with China. They are part of the Char Dham project.

These roads would now be developed according to the dual carriageway system with paved shoulder (DLPS). “This court of judicial review cannot guess at the infrastructure needs of the military,” said a judiciary led by Judge D.Y. Chandrachud said at a trial.

The verdict is based on a request submitted by the Ministry of Defense to vary the court order of September 8, 2020, which ordered that the mountain roads for the Char Dham road project should be 5.5 m according to a 2018 circular from the Ministry. of Roads and Highways.

The ministry then amended its circular last December, stating that “for roads in mountainous and mountainous terrain that serve as secondary roads on the Indochina border and are of strategic importance for national security, the width of the road should be 7 m with a paved shoulder of 1.5 m on a side ”.

Environmentalists argued in court that expanding roads using DLPS would prove fatal to the already fragile ecology of the Himalayas. The petitioner, an NGO called Citizens of Green Doon, called the Himalayas “the best defense for our country.” He had challenged the December 2020 circular from the Ministry of Roads, saying the government had introduced DLPS without thinking.

But the court concluded that the circular from the Ministry of Roads was based on the recommendations of the Ministry of Defense. The court said it could not “question” the nation’s defense demands. The Ministry of Defense was the “specialized agency” that discerned the needs of the armed forces. The security concerns, which have changed over time, have been assessed by him.

When environmentalists argued that the smaller, disaster-proof roads met the needs of the armed forces, Judge Chandrachud responded in the ruling that “the petitioners’ presentation demands that the court overturn the terms decided by the army and the Ministry of Defense. safeguard the security of the nation’s borders… The petitioners want the tribunal to question the political choice of the establishment which has been mandated by law for the defense of the nation. It is unacceptable.”

At an argument that the army chief, in a media interview in 2019, commented on the adequacy of infrastructure needs for the movement of troops, the tribunal recalled that “the recent past has posed serious challenges to national security “.

“The armed forces cannot limit themselves to a statement made during an interaction with the media in 2019 as if it were a decree set in stone,” observed Judge Chandrachud. The court said that different considerations come into play when constructing highways in mountainous terrain, which were strategic roads from a defense point of view.

Covid Updates: The number of coronavirus cases reported in India stood at 3,169,240 at the time of publication of this bulletin, with a death toll of 4,75,930. 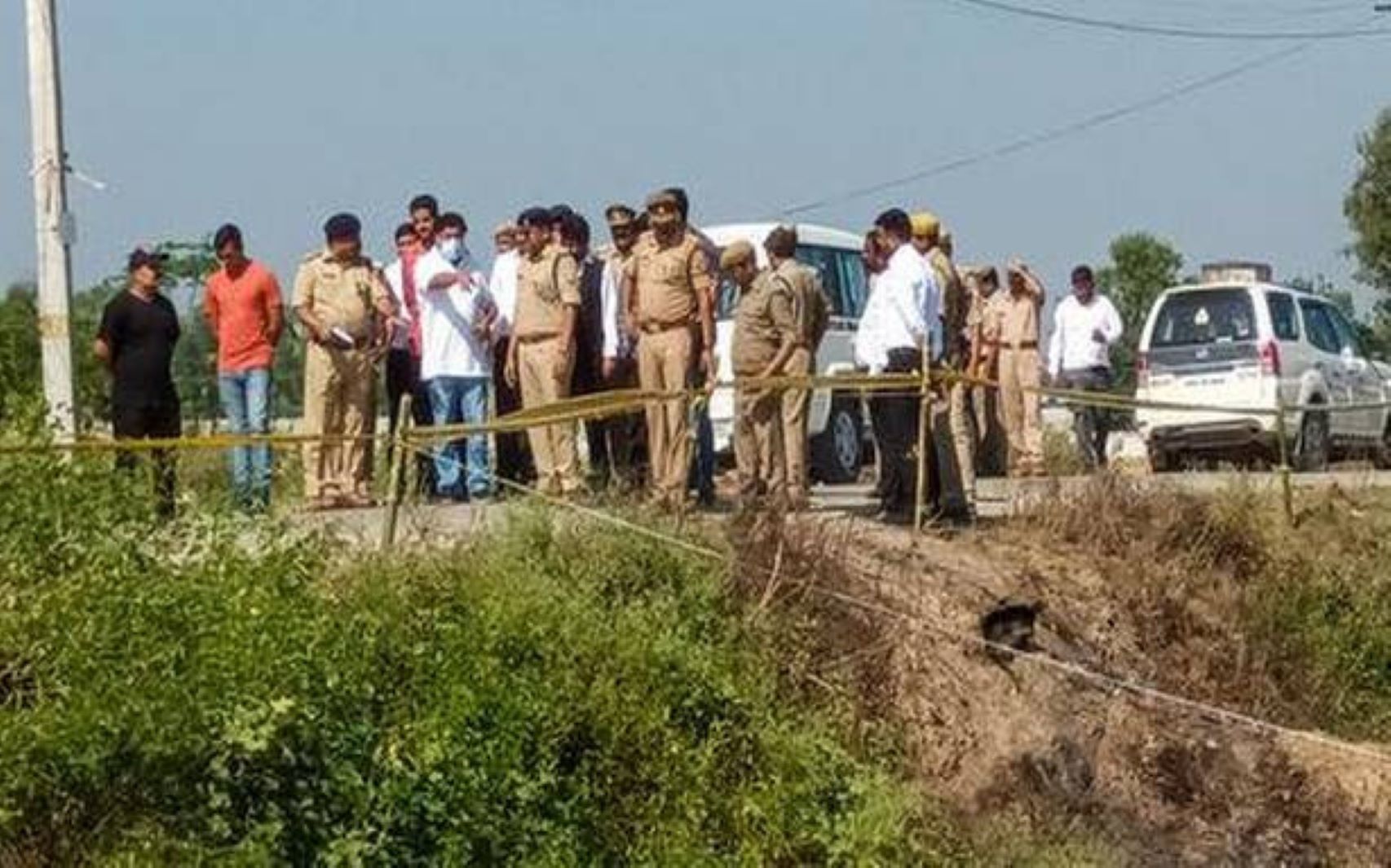