Daily NEWS Summary | 13-12-2021; Acting Congress President Sonia Gandhi raised the issue of the “patently misogynistic” and “shockingly regressive” passage in a section of a Class 10 exam of the Central Board of Secondary Education (CBSE) on Monday at Lok Sabha . She urged the Ministry of Education not only to apologize, but also to conduct a full investigation into how such a question, which “distorted” education and testing standards, found its way into the world newspaper.

The question, which appeared in the newspaper’s reading comprehension section last Friday, sparked outrage among parents and students alike, as it contained phrases such as “Women’s independence is the main reason for a wide variety of social problems. and family “.

“I add my voice to these concerns of students, parents, teachers and educators and I strongly object to such blatantly misogynistic material ending up in a major test conducted by CBSE. This reflects very poorly the standards of education and testing and goes against the standards of a progressive and self-reliant society, ”Gandhi said. She demanded an apology from the ministry and the CBSE and a full investigation into how this matter reached the newspaper.

“I urge the Department of Education and the CBSE to immediately withdraw this issue, apologize and conduct a thorough review of this appalling failure to ensure it never happens again,” she said, adding that the ministry should conduct a review on gender sensitivity standards of curricula and tests.

The congress demanded an answer on the question raised by her and, without being answered, organized a strike of the Lok Sabha. Then they came back. Immediately after Gandhi’s intervention, the CBSE issued a statement saying that they were dropping the controversial passage and that all students would receive the highest marks for the passage.

Daily NEWS Summary | 13-12-2021; Two TMC MPs and three Congressmen filed a motion of privilege against the appointed member, retired CJI Ranjan Gogoi, for his comments in a TV interview, where he said he was attending the House when he wanted to.

Since joining the Chamber in March 2020, he has attended only six times. Monday was the seventh instance in which he reached Parliament. Jawahar Sircar and Mausam Noor of the Trinamool Congress introduced the motion, arguing that their comments “undermine the dignity of the house”.

In an interview with NDTV, Gogoi said he skipped two sessions due to the COVID-19 pandemic on medical advice. “I go to Rajya Sabha when I feel like it, when I think there are important topics I can talk about. And I’m an appointed member, I’m not ruled by any party whip, every time the bell rings for party members to come, it doesn’t bind me…. I go there by my choice and I leave by my choice. I am an independent member of the house, ”he said.

What is this magic about RS? He would have been better in terms of salary, emoluments if he had been president of a court. I will not accept a penny from RS, “he observed.

Opposition to the march, joint demonstration against the suspension of 12 members of the Rajya Sabha

Daily NEWS Summary | 13-12-2021; In an escalation of protests against the suspension of 12 members of the Rajya Sabha, opposition parties will march towards Vijay Chowk and also hold a joint rally in which the heads of national leaders will participate later in the week.

Monday is the 13th of the event. As the government steadfastly maintained its position, declaring that the suspension would only be revoked if an apology was presented in the House, opposition leaders at the morning meeting decided that it was urgent to escalate the protestation.

The Trinamool Congress until Monday evening has not confirmed its participation in these two events. In the House, the commotion continued and the first half of the day was abandoned.

Deputy Congress Leader Anand Sharma urged the government to heed President Venkaiah Naidu’s advice to both sides to sit down and resolve the issue when the House sits in the morning. There was no response from the government, after which Congress called a strike.

Opposition leader Mallikarjun Kharge said the opposition “repeatedly called” on the government to find a solution. “The government can’t dictate what [we] must do, what [we] must not do? They repeatedly refuse to accept our request and accuse us. So it’s not good. So I can say that the government is adamant and they are confusing us in the House. So, to protest against this, we will withdraw, ”he said.

When meeting at noon, House leader Piyush Goyal said Kharge had made “accusations and inaccurate statements”. “They shouldn’t think we haven’t responded. We are constantly trying to talk to the Leader of the Opposition and MPs, but they make statements that they will not apologize for not doing anything wrong, ”he observed.

Opponents undermined the dignity of the House, he alleged. They did not feel sorry for the behavior shown in the previous session, he added. Goyal’s comments sparked a protest from the opposition, which led to another postponement within three minutes.

Kashi has seen the sultanates rise and fall, is a symbol of the soul of India, Prime Minister Modi said.

Daily NEWS Summary | 13-12-2021; After a dip in the Ganges and rituals inside the temple, Prime Minister Narendra Modi on Monday inaugurated the Kashi Vishwanath corridor that connects the temple to the banks of the river, calling it “a symbol of India’s Sanatan culture. “and placing it at the center of the sacred geography of the country. He said that India today has started to emerge from the effects of slavery.

“The long period of slavery shattered our self-confidence in such a way that we lost faith in our own creation. Today, from this 1000-year-old Kashi, I call on all compatriots: to create with confidence, to innovate, to do it in an innovative way, ”said Modi.

India today has both “virasat” (heritage) and “vikas” (progress), he said.

Daily NEWS Summary | 13-12-2021; Rajya Sabha on Monday approved a bill to clarify the age of retired judges in order to determine when they will receive an increased pension. The Lok Sabha adopted the 2021 draft amendment for Supreme Court and Supreme Court judges (salaries and conditions of service) on December 8.

The Rajya Sabha approved the bill on Monday after a discussion. The bill aims to provide explanatory details on the age of eligibility for an enhanced pension for retired judges. In response to the bill, Union Law and Justice Minister Kiren Rijiju assured the House that there was no policy and that we were all united when it came to to guarantee justice.

According to the bill, in 2009 two laws were amended to provide that any judge upon retirement or after death, the family, as the case may be, will be entitled to an additional amount of pension or family pension. Consequently, the additional pension amount for retired Superior Court and Supreme Court judges is sanctioned from the age of 80, 85, 90, 95 and 100, as the case may be.

However, in a written petition filed by a retired High Court judge, the Gauhati High Court had held that the benefit of the additional amount of pension under the High Court Judges Act would be available to a retired judge from the first day of his 80th birthday.

Subsequently, the High Court of Madhya Pradesh also ordered the defendant Union of India to interpret the word “of”, as it appears on the slab, as the first day when the minimum age of the slab is. registered: 80, 85, 90, 95 and 100 years old – as well as other indirect benefits for the petitioners, read in the statement of the aims and reasons of the bill.

The legislative intention behind the insertion of articles 17B and 16B respectively in the two laws was to grant the benefit of an additional amount of pension to a retired judge as of the first day of the month in which he reaches the age specified in the first column of the scale and not from the first day of admission to the age specified there according to the interpretation of the higher courts, he said.

Retail price inflation in India tightened for the second month in a row in November, reaching 4.91% from 4.48% in October, as the country’s urban areas saw a more pronounced rise in prices 7.45% compared to the previous month. Inflation in transportation and communications slowed only slightly to 10.02% in November, from 10.9% the previous month, despite cuts in gasoline and diesel taxes announced by the Center during the first week of the month, followed by most states that lowered their own fuel taxes in subsequent weeks. 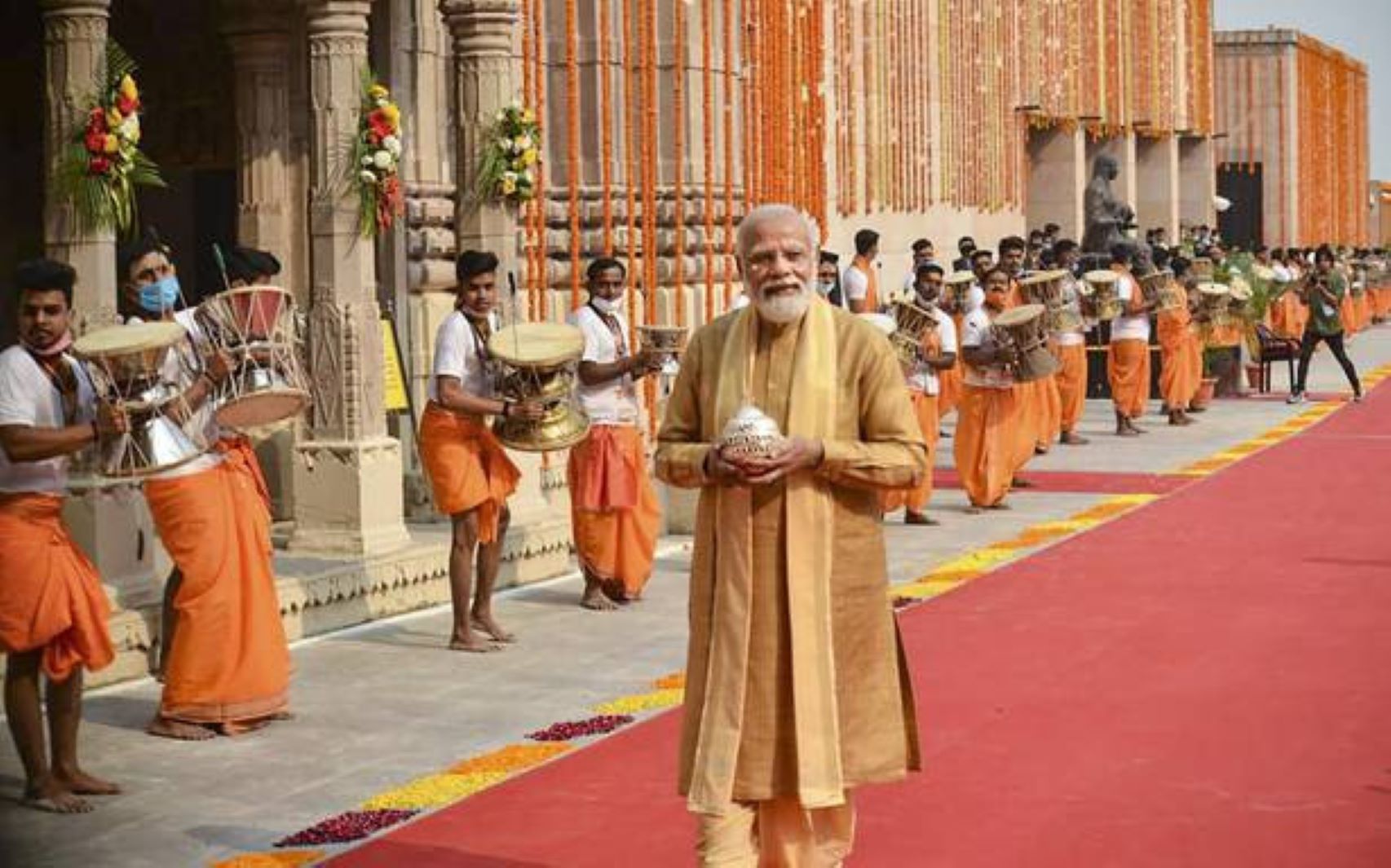