Daily NEWS Summary | 11-12-2021; Fifteen months after arriving in large tractor caravans to present passive resistance to the government’s approval of three controversial agricultural laws, several peasants protesting against picketing at the borders of the capital and in their respective states began to return at their home in triumphant States.

Farmers lifted roadblocks at the Singhu, Tikri and Ghazipur borders and staged a “victory march” to celebrate the repeal of the three laws and other demands, including the establishment of a legal guarantee committee, the minimum support price (MSP) for crops. They had also requested the withdrawal of the cases registered against him.

Emotions grew when farmers left for their homes in different states, including Punjab, Haryana and Uttar Pradesh, after a successful move. Tractors decorated with colored lights sprang from protest sites with songs of victory as the elders sported their colorful turbans and danced with the youth. Thousands of farmers have been demonstrating at the borders of the national capital since November 26 last year to demand the repeal of the three agricultural laws.

On November 29, Parliament passed the bill to repeal land laws, one of the main demands of farmers, however, the farmers refused to end their protest, demanding that the government comply with their other demands , which included a legal warranty on the MSP and withdrawal of police cases against him.

When the Center accepted the pending lawsuits, Samyukta Kisan Morcha, a body of 40 agricultural unions leading the outcry, decided on December 9 to end its agitation and announced that farmers would return home on December 11 from the sites of protest in Delhi borders.

Peasant leaders said they would meet again on January 15 to see if the government had complied with their demands. In summary, on November 29, Parliament passed a bill repealing the 2020 Agricultural Trade (Promotion and Facilitation) Act, the Price Guarantee Agreement, and the Agricultural Services (Empowerment and Protection) Act. . ) Law 2020.

Daily NEWS Summary | 11-12-2021; In a significant gesture, India on December 11 sent the first shipment of medicines as part of humanitarian aid to help Taliban-ruled Afghanistan cope with the deteriorating health situation in the country.

India has not recognized the Taliban administration in Afghanistan and urged the international community to be cautious when dealing with the Taliban due to their rigid stance on human rights issues. The cargo was sent on a special Kam Air flight that brought 10 Indians and 94 members of the Afghan minority community here on December 10, the foreign ministry said.

This is the first time India has sent humanitarian aid to Afghanistan after the Taliban seized Kabul in August by ousting the government of President Ashraf Ghani. This is an important development that will likely be followed by large-scale humanitarian aid from India to Afghanistan, which will be channeled through a transit facility in Pakistan. It has been previously reported that India is unlikely to recognize the Taliban administration, although there is the possibility of medical, educational and other exchanges between India and Afghanistan.

PM inaugurates the Saryu canal project; lashes out at those who haven’t completed the project

Daily NEWS Summary | 11-12-2021; Prime Minister Narendra Modi inaugurated the Saryu Canal National Project which will provide water for irrigation to more than 14 lakh hectares of land and benefit some 29 lakh farmers, mainly in eastern Uttar Pradesh and took the opportunity to criticize “the opposition” in the state for not working for the benefit of farmers to finish the project sooner. Mr. Modi’s political comments were made during a government event.

In a sarcastic speech, Modi said that some people just cut ribbons and then forget to finish the job. The project was completed at a cost of over 9,800 crore, of which over ₹ 4,600 crore has been provisioned over the past four years. The gouverneur de l’Uttar Pradesh, Anandiben Patel, the minister in chef Yogi Adityanath, the minister of the Union pour Jal Shakti Gajendra Singh Shekhawat and the vice-minister in chef Keshav Prasad Maurya is present parmi les personnes préseugura au program d’ina of the project.

The Saryu Canal project also involves the interconnection of five rivers – Ghaghara, Saryu, Rapti, Banganga and Rohini – to ensure optimal use of the region’s water resources. Work on the project began in 1978, but due to lack of continuity in budget support, inter-ministerial coordination, and proper monitoring, it was delayed and not completed even after nearly four decades, according to an official statement.

Therefore, in 2016, the project was entrusted to Pradhan Mantri Krishi Sinchayee Yojana with the aim of completing it in a limited time frame. The renewed attention allowed the project to be completed in nearly four years, he said.

The project will provide guaranteed water for irrigation to more than 14 lakh hectares of land and will benefit some 29 lakhs of farmers in more than 6,200 villages, according to the statement. It will benefit nine districts in eastern Uttar Pradesh, namely Bahraich, Shravasti, Balrampur, Gonda, Siddharthnagar, Basti, Sant Kabir Nagar, Gorakhpur and Maharajganj, he said.

Farmers in the region, who have been hit the hardest by the project’s excessive delay, will now benefit immensely from the improved irrigation potential, according to the statement. Now they will be able to grow crops on a larger scale and maximize the agricultural potential of the region, he said.

Daily NEWS Summary | 11-12-2021; Prime Minister’s Office (PMO) registered a complaint filed by the Chakma Development Foundation of India (CDFI) on December 2 against the racial profiling of the Chakmas and Hajongs in Arunachal Pradesh through an exclusive census of the two communities of the December 11 to 31.

On November 26, the deputy commissioner of the Changlang district of Arunachal Pradesh notified the “2021 census of Chakmas and Hajongs”, which, according to the CDFI, constituted a flagrant violation of his right to life, including the right to privacy and Equality right. The Deputy Commissioner denied such notification. The PMO wrote to the Chief Secretary of State on December 7 to request appropriate action on the complaint and to inform him of it.

There are approximately 65,000 Chakmas and Hajongs in the state; about 4,500 are migrants between 1964 and 1969. The rest are descendants and citizens by birth under section 3 of the 1955 Citizenship Act, the CDFI said. The migrants were mainly displaced by the Kaptai Dam in the Chittagong Hill Tracts in present-day Bangladesh, then known as East Pakistan.

The CDFI had described the exclusive Chakma-Hajong census in the state as an act of racial discrimination “because there is no census on illegal immigrants from Myanmar and China, illegal immigrants who entered through Assam, and thousands of people who entered Arunachal Pradesh. without a national line permit (ILP) ”.

“On the contrary, the Chakmas and Hajongs were installed by the Indian Union from 1964 to 1969 for permanent settlement in the state and they do not need ILP,” said CDFI.

ILP is a temporary travel permit that is required for Indian citizens to enter Manipur, Mizoram and Nagaland, in addition to Arunachal Pradesh. The 1873 settlement of Bengal on the eastern frontier requires this permit. Many indigenous groups regard the Chakmas and Hajongs as outsiders and demanded their “expulsion” as well as denying them the right to vote and access to government programs. 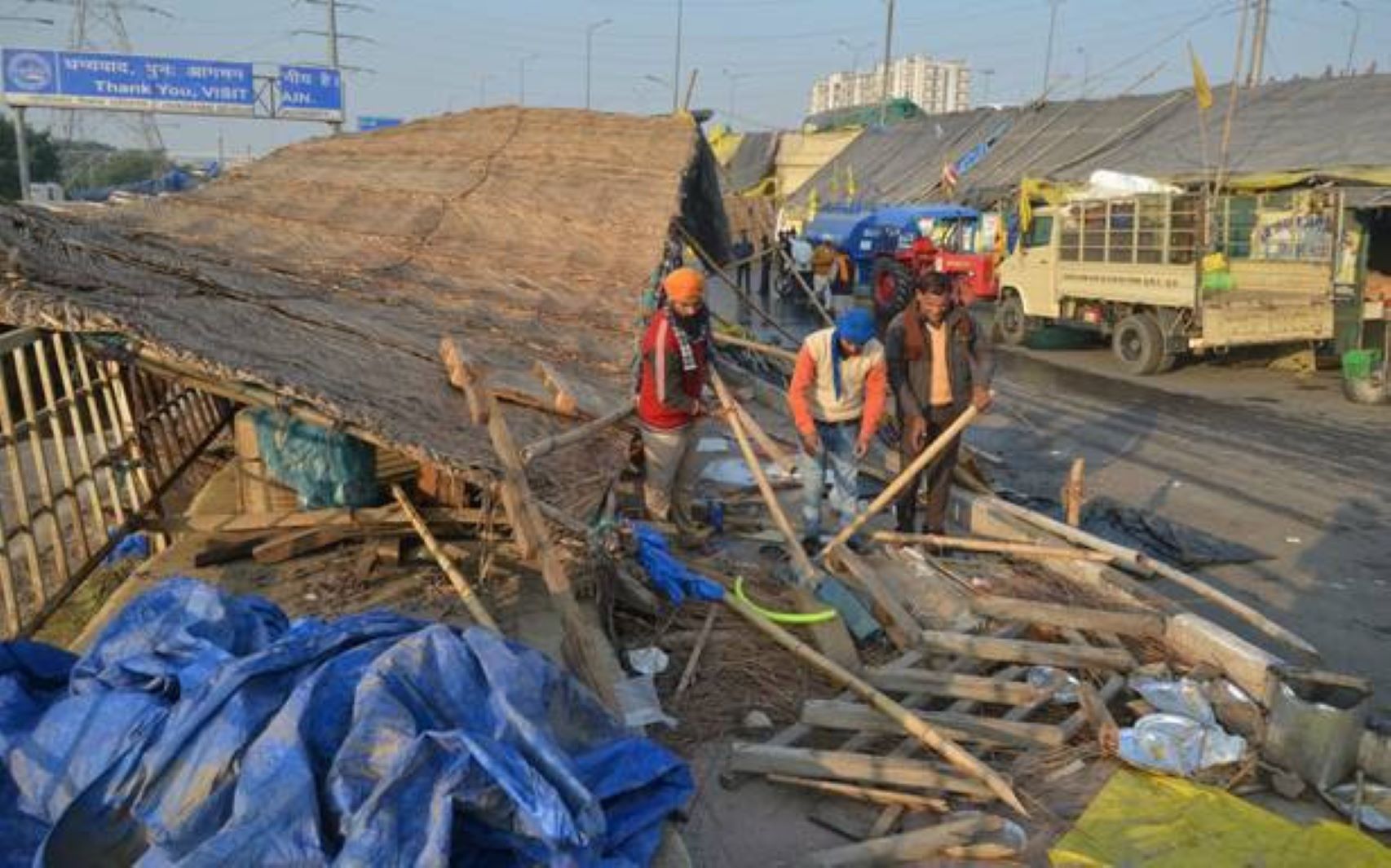