Daily NEWS Summary | 17-11-2021; A special Supreme Court headed by Chief Justice of India NV Ramana protected two lawyers and a journalist jailed under the draconian Prevention of Unlawful Activities Act (UAPA) from any “coercive action” by the Tripura police.

Lawyers had carried out a fact-finding mission and published a report on “political violence against Muslim minorities in the state” in October and the journalist tweeted “Tripura is on fire”. Lawyers Mukesh and Ansarul Haq Ansar and journalist Shyam Meera Singh had asked the court to quash the FIR filed against them and protect them from arrest.

They claimed that the state of Tripura “monopolized the flow of information and facts from the affected areas by invoking the UAPA against members of civil society, including defenders and journalists, who made the effort to to report facts related to selective violence in the public domain ”.

The petition, filed through attorney Prashant Bhushan, asked the court to narrow the vague and broad definition given to what amounts to “illegal activity” according to the UAPA. The definition gave the state carte blanche to crush dissent and free speech with the threat of the UAPA, he argued.

The bench, which also includes Justices D.Y. Chandrachud and Surya Kant informed Tripura. The petitioners said that registering UAPA‘s cases against them amounted to “criminalizing the very act of investigating and reporting.” The strict sections of the UAPA were used to spread a chilling effect on freedom of expression and the freedom of expression of civil society. Early bail was prohibited under the UAPA, and the possibility of bail was remote.

“The only facts that will pass into the public domain are those that suit the state because of the ‘crippling effect’ on the freedom of expression of members of civil society. If the search for the truth and the complaint itself are criminalized, then the victim in the process is the idea of ​​justice, ”the petition states. The shadow of UAPA would stifle the “free flow of information and ideas”.

Daily NEWS Summary | 17-11-2021; On Wednesday, the Supreme Court appointed the former High Court judge of Punjab and Haryana, Justice Rakesh Kumar Jain, to oversee the investigation into the murders and violence of Lakhimpur Kheri to ensure justice and the impartiality of the investigation.

A bench of Chief Justice of India N.V. Ramana and Justices Surya Kant and Hima Kohli also reconstituted the special investigative team to include three IPS agents. Judge Jain’s appointment came after the government of Uttar Pradesh accepted the court’s proposal that a retired High Court judge oversee the investigation.

On October 3, vehicles allegedly belonging to a convoy of Union Minister and BJP MP Ajay Kumar Mishra crushed farmers and civilians demonstrating in Lakhimpur Kheri as part of a protest against central agricultural laws. The incident sparked violence. Eight people, including four farmers, lost their lives that day. The minister’s son, Ashish Mishra, is the first accused in one of the two FIRs identified in the incidents.

The suggestion to have a responsible retired judge came after the court expressed waning confidence in the fate of the investigation at the hands of the police. The court had refused to accept the suggestions of some lawyers to order the CBI to take the investigation back into police hands. “The CBI is not the solution for everything,” he noted.

Daily NEWS Summary | 17-11-2021; Indian Chief Justice (CJI) NV Ramana on Wednesday criticized the “inertia” of a bureaucracy waiting for the court to issue orders, even if it is to stop a vehicle or put out a fire, when it comes to combating air pollution in the capital. Judge Surya Kant, on the bench, in turn noted that people sitting in five and seven star hotels in Delhi cannot blame farmers for burning thatch and must understand their plight.

Judge D.Y. Chandrachud asked if the government had “positive measures” in hand that would help immediately remove the smog that currently engulfs the capital. The Judiciary raised doubts about the effectiveness of the measures adopted by the Air Quality Management Commission (CAQM) in the National Capital Region and surroundings during an emergency meeting.

Attorney General Tushar Mehta said that scientists from the meteorological department, who were part of the emergency meeting, assured that “the situation would be better after November 21.” He suggested waiting until then before taking “tough measures” such as a total blockade on the capital.

The court would consider ordering a full shutdown after November 21, he said, but asked why the government had not taken steps earlier to curb industrial activity, construction debris, etc., which spew pollutants 365 days a year, unlike straw, which was only seasonal.

The debate began shortly after Mehta informed the court of the measures taken by the CAQM to reduce pollution caused by industry, thermal power plants, dust, vehicle transport, including the entry of trucks carrying non-essential goods into Delhi. He reported that schools and colleges have been closed. Homework was encouraged.

The court asked why Central employees have to come to work. The contribution to contamination caused by the central staff present in the office would be minimal. The government was open to carpooling and organizing public transportation for them.

Daily NEWS Summary | 17-11-2021; A Mumbai magistrates court declared former Mumbai Police Commissioner Param Bir Singh and two other “fugitives” in an extortion case against them on Tuesday. The Metropolitan Chief Magistrate has confirmed a request by Mumbai police to testify Singh, along with businessman Vijay Singh, alias Bablu and Riyaz Bhati, charged with fleeing.

On November 13, the Mumbai Crimes Division initiated the process to declare Singh the defendant released and began the suspension process. The case concerns Bimal Agarwal, a hotel builder who complains of alleged extortion by Singh and who fired Deputy Police Inspector Sachin Vaze. An FIR was filed in Goregaon against all defendants under sections 384 (punishment for extortion), 385 (endangering a person with a view to committing extortion), 388 (extortion by threat of indictment of a punishable offense with death or life imprisonment) and 120B (criminal association) of the IPC.

On October 20, the Maharashtra government told the Bombay High Court (BHC) that Singh could not be traced and that it could not declare that no enforcement action would be taken against him. This statement was made when the court heard a petition filed by Singh to annul an FIR filed against him in two places.

A retired judge from BHC K.U. Chandiwal also issued two bail warrants. The one-member committee was appointed on March 30 by the state government to investigate the allegations made by Singh in a letter he wrote to Chief Minister Uddhav Thackeray on March 20. The letter mentions several cases in which former Home Secretary Anil Deshmukh allegedly ordered Vaze to collect 100 million rupees a month from bars and restaurants.

Daily NEWS Summary | 17-11-2021; Pakistan’s parliament, in its joint session, passed a law allowing death row inmate Kulbhushan Jadhav to appeal his sentence to a military court. Jadhav, a 51-year-old retired Indian naval officer, was sentenced to death by a Pakistani military court for espionage and terrorism in April 2017. India has appealed to the International Court of Justice (ICJ) against Pakistan for denying consular access to Jadhav and defying the death penalty.

After hearing from both sides, the Hague-based ICJ delivered a verdict in July 2019, asking Pakistan to allow Indian consular access to Jadhav and also ensure a review of his conviction. The joint session composed of members of the Senate and the National Assembly was called to pass a set of laws which were passed by the latter in June this year, including one to allow Jadhav to appeal his conviction, but these laws were able to obtain the approval of the upper house.

The International Court of Justice (Review and Reconsideration) Bill 2021 aimed to fulfill the obligation arising from the ICJ verdict and was introduced by Justice Minister Farogh Nasim and was approved by the Joint Session of the Chamber by voice vote. The law allowed Jadhav to challenge his conviction in a higher court through a review process required by the ICJ verdict.

Covid Updates: The number of reported coronavirus cases in India was 3,445,266 at the time of publication of this bulletin, with a death toll of 4,64,570.

Punjab Chief Minister Charanjit Singh Channi said all FIRs registered by the Punjab police against farmers, who were protesting against central agricultural laws within the state, would be canceled. The Chief Minister asked the police to cancel the FIRs after diligently following the prescribed procedure. The announcement was made after a meeting with representatives of the 32 agricultural unions of Samyukt Kisan Morcha (SKM) in Chandigarh. 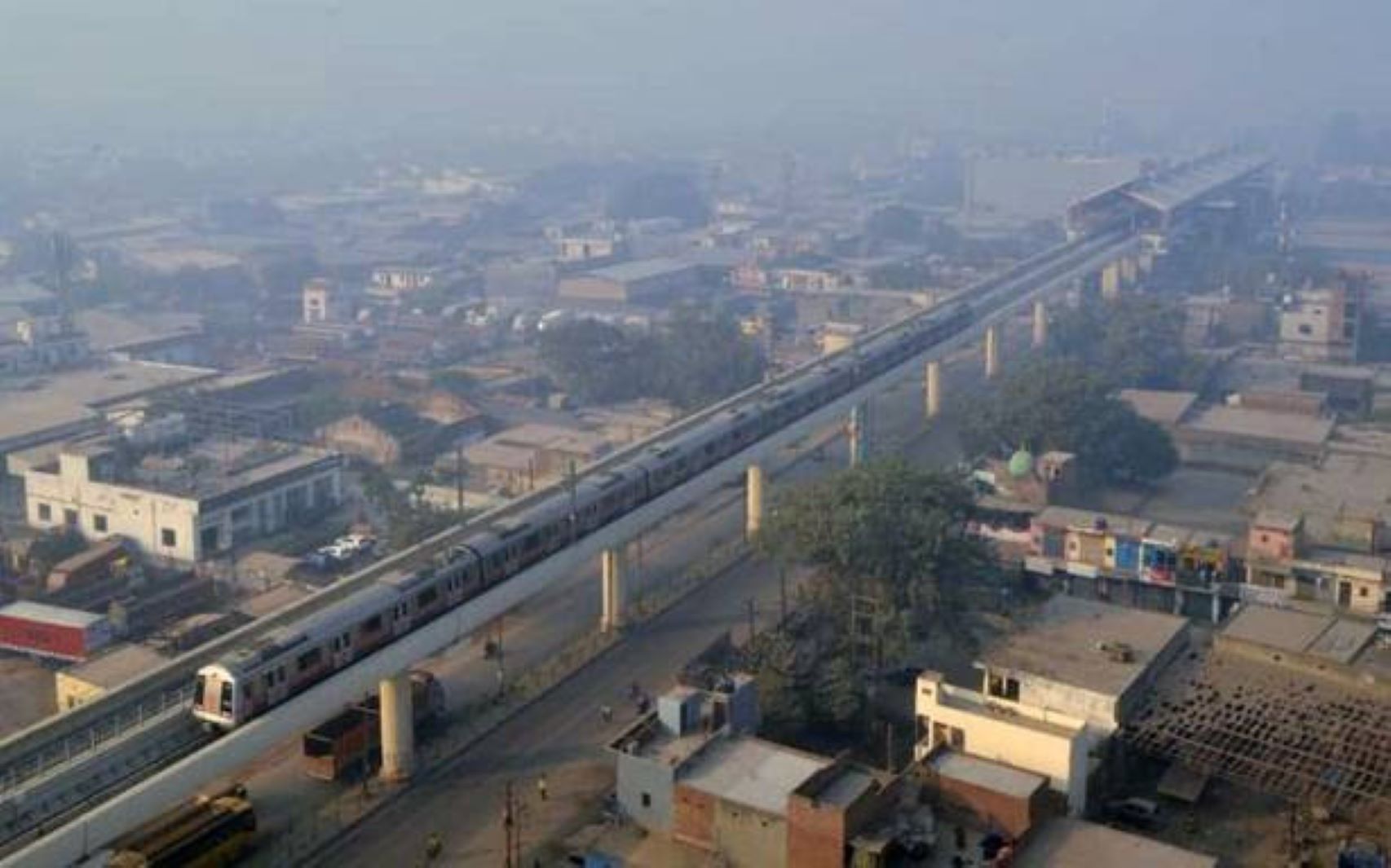