Daily NEWS Summary | 12-11-2021; The central government agreed to grant a permanent commission (PC) to 11 female army officers who meet the eligibility criteria, after the Supreme Court threatened to file contempt charges. The Center, which was initially reluctant, expressed its acquiescence to a judicial branch headed by Judge D.Y. Chandrachud will award PC to officers within 10 days.

Officials from the Short Service Commission (SSC), who have not approached the court but nevertheless meet various eligibility criteria, would receive the PC in three weeks, the government told the court. In October, the court also lobbied the government to grant personal computers to 39 other female SSC officers.

“We appreciate the equitable position of the army’s authority to resolve all outstanding issues related to female SSC officers,”

the court said at the end.

The Bench, which also includes Judge A.S. Bopanna, was hearing a contempt motion filed by the 11 officers, who alleged that they had been denied the PC despite having crossed the eligibility threshold. However, the court said that “with great caution, it is clarified that officers who have disciplinary and surveillance authorization will be eligible for the granting of PC, subject to meeting other conditions …”

In August, just over 72 female officers approached the court, challenging the military’s ruling declaring them ineligible for the PC. They said they were disqualified despite meeting the 60% assessment threshold for PC as prescribed by the court in a ruling last March.

The ordinance ordered the government to grant CP to “the officers of the women’s short service commissions who obtained 60% qualification in their evaluation as long as they meet the medical criteria prescribed by the military ordinance of August 1, 2020 and receive a disciplinary and surveillance authorization”.

PM to inaugurate the Kashi Temple Corridor on December 13

Daily NEWS Summary | 12-11-2021; Prime Minister Narendra Modi will inaugurate the Kashi Vishwanath Temple Corridor Project on December 13 in Varanasi, his parliamentary constituency, together with the families of those displaced as a result of the project. The inauguration of the project comes with only a few months to spare for the Uttar Pradesh Assembly elections and has a cultural political significance for the state.

According to important BJP sources, at least 400 families have been invited to leave the area, many invasions around the historic temple have been cleared to make way for the project that summarizes the vision of Queen Holkar of Indore, Ahalya Bai Holkar, who created a series of temples and sights leading to the Ganges ghat.

The project connects the temple to the Ganges Ghats, with a paved walkway approximately 320 meters long and 20 meters wide. It will also have facilities for a museum, library, pilgrim facilitation center and a Mumuksha Bhawan (house of salvation).

The function would see the presence of the main “archakas” of the 12 “Jyotirlingas” (of which Kashi is part), with water from all the main rivers of the country for the “abhishek” of the main deities Baba Vishwanath (Lord Shiva). The project is important to Modi and was set at 600 crore (approx.) After its launch in March 2018. An estimated 300 crore was spent on the purchase of land and buildings around the temple complex, and just for compensation relocation.

Daily NEWS Summary | 12-11-2021; Two doses of Covaxin, India’s indigenous COVID-19 vaccine, offer 77.8% protection against symptomatic disease and pose no serious safety concerns, according to an interim review of its phase 3 trial published in The Lancet.

Covaxin, an inactivated whole virus vaccine developed by Hyderabad-based Bharat Biotech, recently received approval for emergency use from the World Health Organization (WHO) for people over 18 years of age. Results from the phase 3 trial indicate that Covaxin induces a robust antibody response with no serious adverse events or vaccine-related deaths among trial participants, the study authors said.

Most of the adverse events, including headaches, fatigue, fever and pain at the injection site, were mild and occurred within seven days of vaccination, they explained. The vaccine is given in two doses, 28 days apart, and can be stored and transported between 2 and 8 degrees Celsius.

The trial ran from November 16 to May 17 of this year, and participants 18 and older were randomized to receive either two doses of the vaccine or a placebo. The researchers “recorded 24 positive cases among 8,471 people in the vaccine group and 106 positive cases among 8,502 people in the placebo group, suggesting an overall vaccine efficacy of 77.8%,” said the authors.

Daily NEWS Summary | 12-11-2021; Delhi High Court expressed deep displeasure that table tennis player Manika Batra had been targeted by the Table Tennis Federation of India (TTFI) for dragging the athletic body onto the field in raising his complaints.

Judge Rekha Palli said the player cannot be attacked and if she was attacked it was a “serious problem”. The High Court was hearing a motion from Batra seeking to overturn rules requiring mandatory national coaches’ attendance for selection at international events. She ordered the TTFI to submit communications to the International Table Tennis Federation (TTFI) about Batra, which filed a complaint against the national sports body.

On September 23, the High Court suspended the TTFI rule which imposed mandatory attendance at the national camp of coaches for selection in international events and asked the Center to investigate Batra’s complaint against the sports body.

Center lawyer Apoorv Kurup informed the court on Friday that the investigation report was ready and the judge asked them to submit it under seal. During the hearing, lead defender Sachin Dutta, who is appearing on behalf of Batra, said the player had become a target of the federation and that they were targeting him after the court’s suspension order.

When asked by the court whether TTFI had approached the International Federation saying there were issues with Batra and that it should take action, National Federation attorney Jinendra Jain denied, claiming it was done on the basis of media reports.

Batra, who was excluded from India’s contingent for the 2021 Asian Table Tennis Championships, alleged national coach Soumyadeep Roy “pressured” her to “start” an Olympic qualifying match in favor of one of its trainees. The court had previously said that the rule requiring compulsory attendance at the national camp was applied “at a time when there was a pending complaint against the national coach” and that it “does not inspire confidence”.

The court said the Center could apply for the national coach position and also published a notice on the request. Earlier, Additional Attorney General Chetan Sharma, representing the Center, said that the federation’s rule regarding compulsory attendance at the national camp goes against the sports code and goes against merit. The TTFI had upheld the rule and said such a mandate was also present in other sports, including weightlifting and judo.

In the petition, gold medalist and Commonwealth Games winner Khel Ratna alleged that the federation was conducting its selection processes in a non-transparent manner, targeting certain people like her. He said the national coach, with a clear conflict of interest, simultaneously ran a private table tennis academy and, on one occasion, “pressured the petitioner to cancel a match for the sole purpose of ‘help one of his apprentices in his private field.. academy to qualify for the 2020 Olympic Games’.

The reason was that table tennis is an individual sport, which requires specialized training with support staff and, therefore, the rule against personal training is arbitrary, irrational, absurd and has no connection with the achievement of excellence in an individualized sport.

India’s industrial production fell 2.6% month-on-month in September, even as retail price inflation rose to 4.48% in October with a steeper rise in urban price trends, according to National Statistics Bureau data. Compared to September 2020, the Industrial Production Index (IIP) increased 3.1% in September this year, with the growth rate falling sharply from 12% in August. 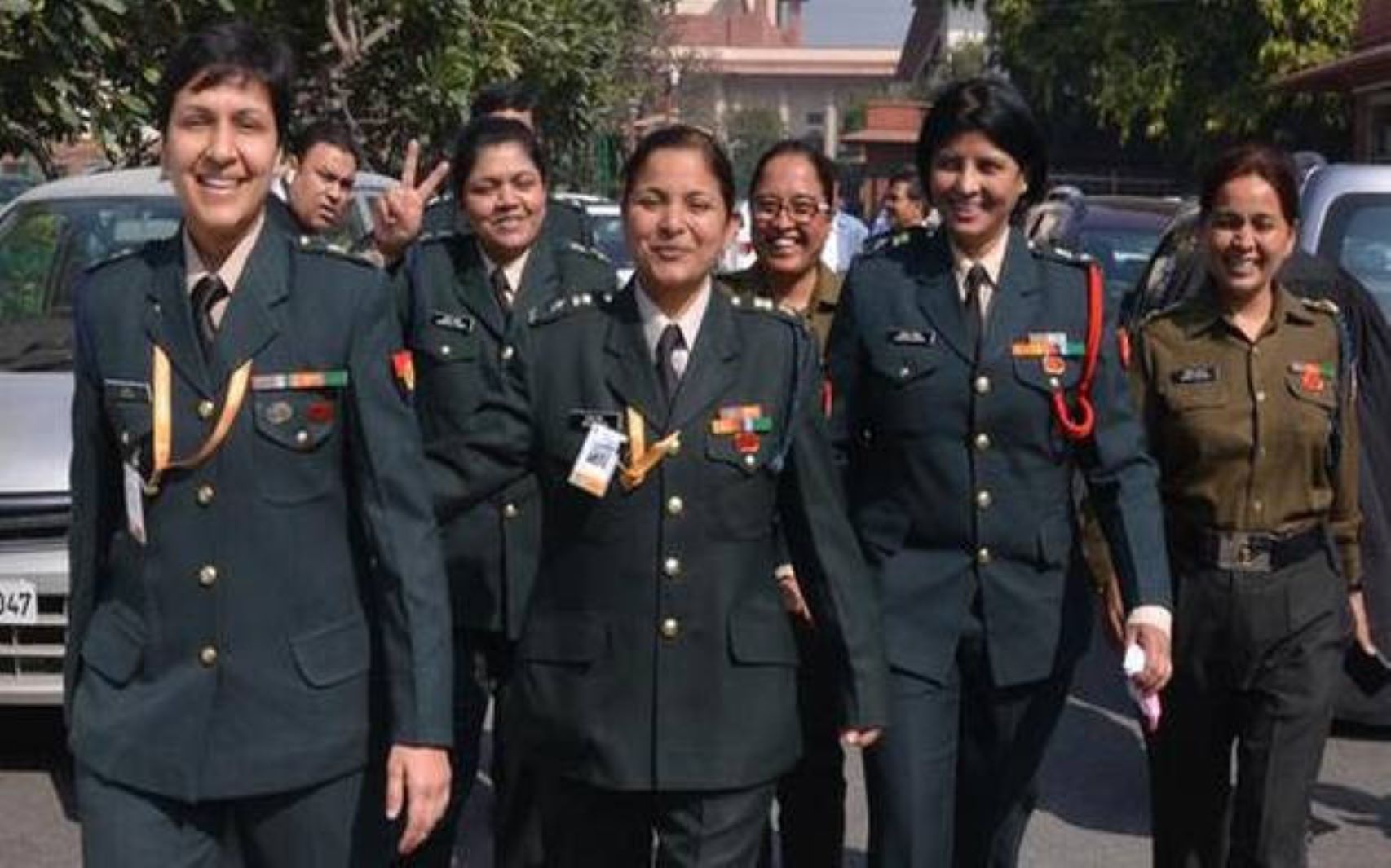