Daily NEWS Summary | 11-11-2021; On Thursday, the Supreme Court agreed to set a date and hear a petition filed by several people to quash FIRs registered against them under the Prevention of unlawful Activities Act (UAPA) for social media posts alleging community violence in Tripura.

Police in Tripura registered 102 social media users, including journalists and activists, as part of the UAPA and charged them with criminal conspiracy and forgery. Police have sent notices to Twitter, Facebook and YouTube to freeze their accounts and seek information about them.

State police had registered a case under the UAPA against Supreme Court lawyers who were part of an investigative team that released a report into suspected cases of community violence in Tripura. “These lawyers were part of the investigative team that investigated these incidents in Tripura. Social media users who posted posts like “Tripura is burning” have also been indicted under the UAPA, ”defender Prashant Bhushan said in a three-judge tribunal led by Chief Justice NV Ramana of the India when mentioning the case for an urgent hearing.

Chief Justice Ramana suggested that the applicants could apply to the High Court first. Bhushan responded that the petition also challenged the constitutionality of certain provisions of the UAPA.

“For example, the term ‘illegal activity’ has been given a very, very broad definition,” Bhushan replied. The senior lawyer said those indicted under the UAPA were “in grave danger of arrest” and urged the Supreme Court to hear the case quickly.

“Yes, I will give a date [for the hearing],” Chief Justice Ramana replied. The Editors Guild of India recently condemned Tripura police’s invocation of the draconian UAPA in this case.

Daily NEWS Summary | 11-11-2021; India has asked for a trillion dollars over the next decade from developed countries to adapt and mitigate the challenges arising from global warming, and has kept this as a condition for meeting the climate commitments made by Prime Minister Narendra Modi, a senior official who is part of the ongoing climate deal negotiations in Glasgow.

India’s five-fold plan, as explained by Modi on November 2, is as follows: India’s non-fossil energy capacity would reach 500 GW by 2030; cover 50% of its electricity needs with renewable energies by 2030; reduce its total projected carbon emissions by one billion tonnes by 2030; It will reduce the carbon intensity of its economy to less than 45% and reach net zero by 2070.

Net zero is when a country’s carbon emissions are offset by removing the carbon equivalent from the atmosphere, so that the equilibrium emissions are zero. However, reaching net zero on a specific date means specifying a year, also known as a peak year, after which emissions will start to decline.

“Our NDCs (Nationally Defined Contribution) are conditional, that is to say subject to the availability of this amount [1 trillion dollars] in climate finance. NDCs can be shipped under conditions. The decision on when to present the revised NDCs has not yet been made, ”said Rameshwar Prasad Gupta, secretary of the Ministry of Environment and Forests and Climate Change. He is one of India’s top negotiators and is currently present at the ongoing talks in Glasgow.

Nationally Determined Contributions are voluntary targets that countries set for themselves, outlining the amount and type of emission reductions they will undertake over a period of time to help prevent uncontrolled global warming.

India’s latest NDC was released after the 2015 Paris Agreement. Prior to the start of COP26 on November 1, countries were required to provide updated NDCs. India, however, did not provide it. Developing countries, as a group, had asked for a trillion dollars a year. However, Gupta did not tell members of this group whether India had officially communicated these requests, or whether they had emerged in the course of the negotiations.

Achieving climate finance is one of the thorniest points of contention between developed and developing countries, as developed countries, as a group, have failed to deliver $ 100 billion a year by 2020, as promised ten years ago. With the conference ending on Friday, nearly 200 countries have yet to finalize the final text of an agreement.

The draft consensus document for the agreement emphasizes that the climate finance promised by developed countries is “insufficient to address the worsening impacts of climate change on developing countries” and urges these developed countries to “urgently increase”.

In a letter to Mr. NMA he must have “proven experience and knowledge in the field of archeology, urban planning, architecture, heritage, conservation architecture or law …”. The congress leader wrote that for the first time the government had appointed a president whose education and professional training did not meet the requirements of the law passed by Parliament in March 2010.

He noted that the NMA president position, created in 2010, had been filled by “renowned academics with strong credentials,” Himanshu Prabha Ray and Susmita Pande.

Vijay had been a member of Rajya Sabha from 2010 to 2016 and his profile on the Chamber’s website indicates that he is a journalist and writer by profession, having been editor-in-chief of RSS Panchjanya magazine for approximately two decades. He has a “bachelor’s degree” from Osmania University, Hyderabad, the profile says.

When contacted for an answer, Vijay declined to comment, saying he was busy and the matter concerned the minister. Reddy took over the Culture portfolio from Prahlad Singh Patel after the Cabinet was expanded last July.

Daily NEWS Summary | 11-11-2021; On Thursday, the Delhi High Court requested the Center’s position on a petition to label “all items” used by the public, including appliances and clothing, as “vegetarian” or “non-vegetarian” based on their ingredients and “articles” used in the manufacturing process. “

A bench led by Judge Vipin Sanghi observed that everyone has the right to know and follow their beliefs and asked the central government to “seriously consider” the request of Ram Gaua Raksha Dal, a cow welfare trust, which claims that there are certain “non-vegetarian” products that are used or consumed unknowingly by those who profess vegetarianism due to lack of proper disclosure.

He said that a copy of the order would be delivered to the relevant secretaries of the health and consumer ministries for review and ordered that a response be submitted within three weeks. The petitioner, represented by lawyer Rajat Aneja, indicated in the petition that there are several articles and products that are used in “daily life” without those who profess vegetarianism realizing that they are derived from animals or processed with products. animals.

Aneja told the court that bone charcoal or natural charcoal is used to polish or refine white sugar, which is not suitable for consumption by people who profess vegetarianism. Porcelain products and even pencils contain ingredients “of animal origin,” he added. The petition stated that information on the use of any “non-vegetarian component” should be disclosed and considered a factor in declaring this product “non-vegetarian“.

It said: “Besides various edible and cosmetic products which clearly include animal products as active ingredients, there are also various cosmetic products and foods, which however do not contain any animal products on the ingredients list. “The petitioner clarified that he does not seek to ban any product but“ only seeks to know the truth ”. The question will be discussed on December 9th.

There will be no airlines in India on board if the price caps are not increased: Minister of Aviation

Daily NEWS Summary | 11-11-2021; There will be no airlines in India to board if the limits on domestic air fares are not increased, as oil prices have risen from $ 22 a barrel to $ 85 in the past eight months, said Union Aviation Minister Jyotiraditya Scindia.

At the Times Now Summit 2021, he said that aviation turbine fuel (ATF) accounts for about 40% of an airline’s cost structure in the country. Domestic air travel became more expensive on August 12 this year when the Aviation Ministry increased the maximum and minimum limits for domestic fares from 9.83% to 12.82%.

The ministry had raised the lower limit for flights lasting less than 40 minutes from 2,600 to 2,900, an increase of 11.53%. The upper limit for flights lasting less than 40 minutes has been increased from 12.82% to 8,800. Scindia said: “Look what happened to the ATF prices. Oil prices over the past eight months have fallen from $ 22 a barrel to $ 84. The airline’s cost structure has therefore quadrupled. Add to that the special 11% tax and the VAT charged by state governments in the range of 1% to 30%. How is an airline going to survive unless ATF gets cheap? “he posed.

The reason the Aviation Ministry has raised the price brackets is that airlines should be given a cushion in the event of a 400% increase in commodity prices. “If you can’t give a 12.5% ​​increase on the revenue side, then you and I won’t have an airline on board,” he added.

India had imposed lower and upper limits on air fares based on flight duration when services resumed on May 25, 2020, after a two-month Covid lockdown. The lower limits have been imposed to help airlines that have experienced financial difficulties due to travel restrictions linked to the coronavirus. The upper caps have been imposed so that passengers are not charged large amounts when the demand for seats is high.

The ceilings mentioned by the government in its decree do not include the passenger security charge, the airport user development charge and the GST. These fees are added when booking a ticket.

The Met Department lifted the red alert for eight districts – Chennai, Tiruvallur, Ranipet, Vellore, Salem, Kallakurichi, Tirupattur and Tiruvannamalai – on November 11, when the depression, which brought extremely heavy rains to most parts of the country. Tamil Nadu, started crossing the between Chennai and Pondicherry. Rainfall activity will be highest in Andhra Pradesh and gradually decrease in Tamil Nadu, the Met Department said. 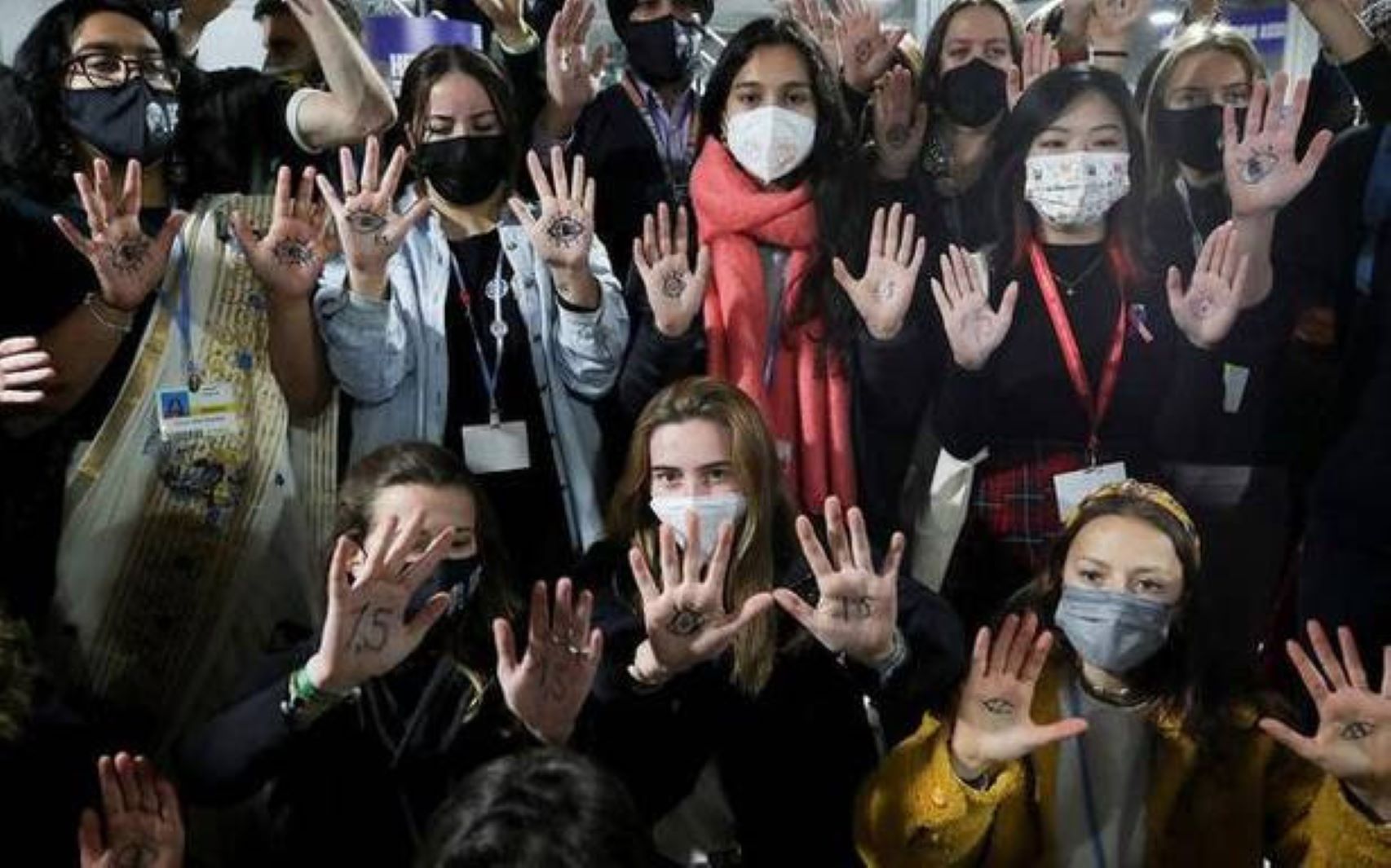