Violence in Lakhimpur Kheri: the seized weapon was of the son of Union Minister Ajay Mishra, confirms the FSL report

Daily NEWS Summary | 10-11-2021; A forensic report confirmed that weapons were recovered from Union Minister Ajay Mishra’s son Ashish Mishra and others after the violence began in Lakhimpur. The protesting farmers alleged that Ashish Mishra opened fire. Although the Laboratory of Forensic Sciences (FSL) report confirmed that the weapons were unloaded, it does not say whether they were fired on the day of the violence or on another day.

Following the violence in Lakhimpur, four weapons were seized, including a rifle that belonged to Ashish Mishra, alias Monu Mishra. A pistol belonging to Ankit Das, nephew of former Union Minister Akhilesh Das, and a repeating pistol, who was with Das’ bodyguard Lateef Kale, were also among them. A forensic report is awaited on the fourth weapon, a revolver belonging to Das’ assistant, Satya Prakash.

The Special Investigative Team (SIT) investigating the case has yet to issue an official statement on the FSL report. Following the arrest of Ashish Mishra, Das and Kale, SIT recovered their authorized weapons (a rifle, pistol, revolver and repeating pistol) and sent them for forensic examination on October 15.

According to the First Information Report (FIR) recorded by the police on a complaint by Jagjit Singh, from the district of Bahraich, the whole episode was “premeditated” so that the “plot is hatched” by the minister and his son. The FIR said the farmers gathered at the Inter-College Maharaja Agrasen sports ground on October 3 and wanted to peacefully display black flags in Ashish Mishra and

Ashish Mishra and 15-20 anonymous men have been named as charged and charged with murder, criminal association, reckless driving and riot, among others. Of these, the police have so far arrested 13. Minister Ajay Mishra had refuted allegations that his son was involved in the episode which took place near his native village of Banbirpur in the Tikonia area of ​​the district.

The FIR was filed under Sections 147, 148, 149 of Indian Penal Code (all three related to riot), 279 (reckless driving), 338 (causes serious harm to any person by performing such reckless act or negligent which endangers man’s life), 304A (causing wrongful death), 302 (murder) and 120B (part of a criminal conspiracy).

Daily NEWS Summary | 10-11-2021; The Union Cabinet on Wednesday approved the restoration and continuation of the Local Development Plan for Members of Parliament (MPLADS), which has been suspended due to the COVID-19 pandemic.

At a press conference after a cabinet meeting chaired by Prime Minister Narendra Modi, Information and Broadcasting Minister Anurag Thakur said the program has been reinstated for the remainder of fiscal 2021 -2022. The program will run until 2025-2026.

In April last year, the government suspended the MPLADS for 2020-21 and 2021-22, and said the funds would be used to manage health services and the negative impact of the COVID-19 pandemic in the country. Under this program, parliamentarians can recommend development programs involving spending ₹ 5 crore each year in their constituencies.

Daily NEWS Summary | 10-11-2021; India is closely monitoring developments in Afghanistan and the time has come for close cooperation and consultation among countries in the region for the overall security of Afghanistan, the adviser said on Wednesday. National Security Ajit Doval at the Delhi Regional Security Dialogue. Russian representative Nikolai P. Patrushev said dialogue mechanisms “should not complicate” the situation in Taliban-controlled Afghanistan.

The meeting drew representatives of heads of the national security establishment from all Central Asian countries, Russia and Iran. Pakistan and China were also invited to participate in the consultation, but both stayed on the sidelines.

This is the first meeting of security chiefs from these countries that India has organized since the Taliban came to power in August after overthrowing the government of President Ashraf Ghani. Doval is accompanied to the meeting by Samant Goel, Head of the Research and Analysis Wing, Foreign Minister Harsh Vardhan Shringla and other Indian diplomats who have been involved in Afghanistan-related initiatives in recent years.

Addressing the post-Doval meeting, Rear Admiral Ali Shamkhani, secretary of Iran’s Supreme National Security Council, said it was necessary to establish an inclusive government in Afghanistan. “We will be able to discuss bilateral and multilateral issues and the problems that destroyed Afghanistan. The only solution is to form an inclusive government with the participation of all ethnic groups, “said Shamkhani, emphasizing that the meeting would help focus on” the force “that could achieve this goal.

Karim Massimov, chairman of the Kazakh National Security Committee, highlighted the many obstacles preventing the formation of an “effective government” in Afghanistan. Addressing the meeting, Marat Imankulov, Kyrgyz Republic, raised the possibility of the spread of terrorism from Afghan territory, saying: “We must help the Afghan people.”

The Secretary of the Security Council of the Russian Federation, Nikolai P. Patrushev, praised the role of the various regional dialogue mechanisms that have been designed to address the political situation in Afghanistan. However, he seemed in favor of the Moscow consultation, of which he praised the “broad participation” of all parties.

Hard blow for the AAP, the deputy joins the Congress in Punjab

Daily NEWS Summary | 10-11-2021; In a setback for the Aam Aadmi (AAP) party in Punjab, its MLA from rural Bathinda, Rupinder Kaur Ruby, joined Congress on Wednesday.

Ruby said the extraordinary performance of the congress government under Prime Minister Charanjit Singh Channi over the past 50 days has been much better than that of the AAP supreme government, Arvind Kejriwal in Delhi, prompting him to join Congress.

Ruby announced his resignation via his Twitter account Tuesday night, saying, “Mr. @ArvindKejriwalji Coordinator, AAP & @BhagwantMannji. We inform you that I am resigning with immediate effect from my membership in the Aam Aadmi party. Accept my resignation. Thanks Rupinder Kaur Ruby. (Deputy Bathinda, rural).

Channi said it was a source of great pride and honor for them that Ruby joined the party deeply moved by the pro-popular policies of his government. Opposition leader Harpal Singh Cheema (AAP) said Ruby had changed his allegiance as she had no chance of being reelected in the next assembly elections. 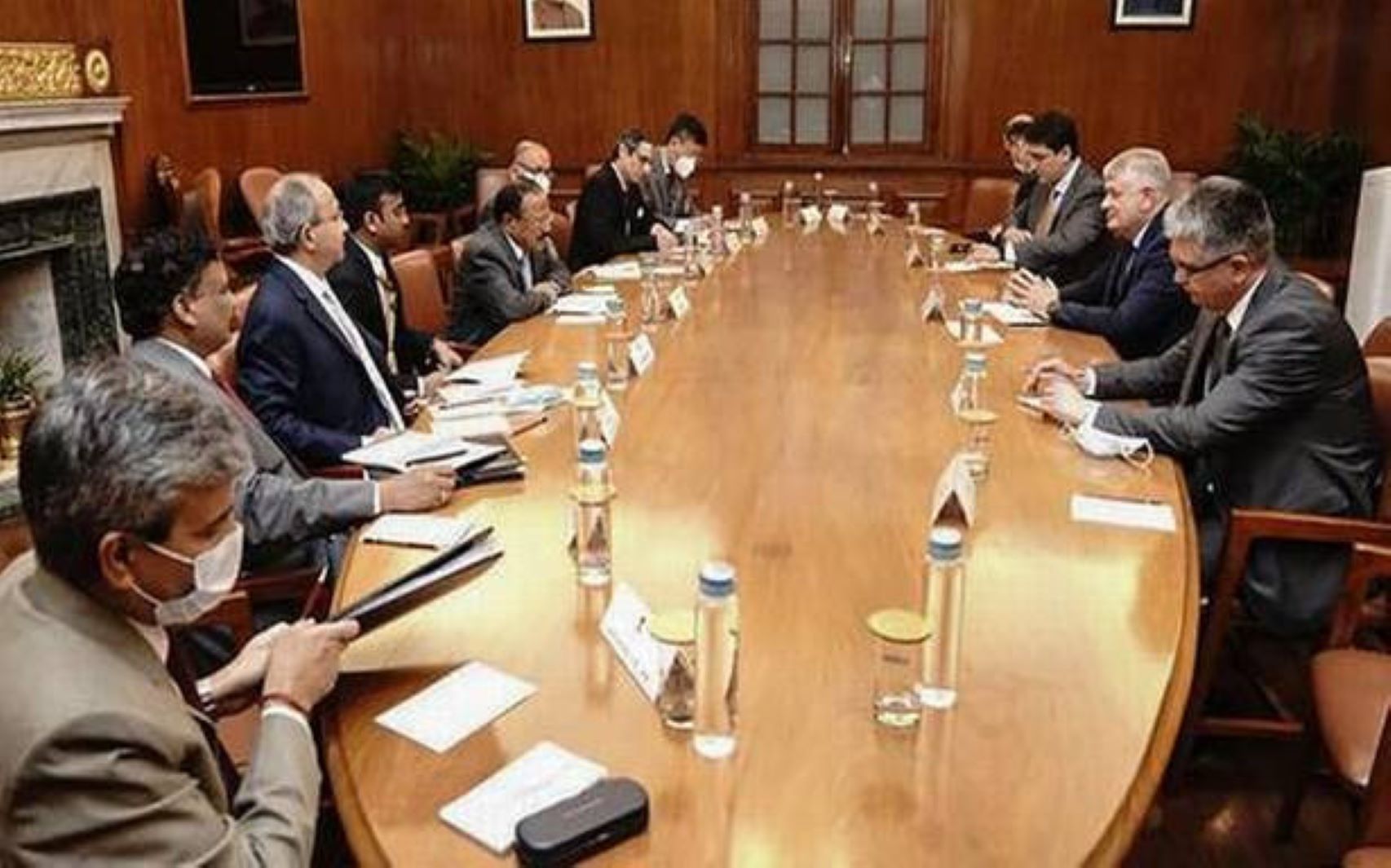