Six states led by the BJP have announced lower VAT rates, but only one formal notification has been issued in four cases so far. Pondicherry saw an additional 7 per liter reduction in the price of petrol and diesel due to the reduction in value added tax (VAT).

Other states, namely the governments of Gujarat, Mizoram and Sikkim, have also reduced the value added tax (VAT) on petrol and diesel by Rs. 7 per liter each. The Haryana government also announced a VAT reduction on fuels, making them cheaper in the Rs. 12-liter BJP-run state in Deepavali. Odisha also cut petrol and diesel prices by Rs. 3 per liter. The Uttar Pradesh government also cut VAT on the two fuels on Wednesday, making them cheaper by Rs. 12 per liter in the state. Goa saw an additional Rs. 5.47 per liter for petrol and Rs. 4.38 for diesel.

Daily NEWS Summary | 04-11-2021 ; Britain granted conditional authorization to the first pill to successfully treat COVID-19, Merck’s coronavirus antiviral, becoming the first country to approve the treatment, although it was not immediately clear how quickly the pill would be available, they reported. agencies.

“Today is a historic day for our country as the UK is now the first country in the world to approve an antiviral that can be taken at home for COVID-19,”

“We are working at a steady pace within government and with the NHS to establish plans for the implementation of molnupiravir in patients via a national study as soon as possible,” he said in a statement, referring to the UK National Health Service.

The treatment would be particularly useful for people who do not respond well to vaccination. The pill has been approved for adults 18 and older who have tested positive for COVID-19 and who have at least one risk factor for developing serious illness. The drug, known as molnupiravir, is intended to be taken twice a day for five days by people at home with mild to moderate COVID-19.

An antiviral pill that reduces symptoms and speeds recovery could be a game-changer, reduce hospital cases and help curb epidemics in poorer countries with fragile health systems. It would also reinforce the double objective of the pandemic: treatment, through drugs, and prevention, mainly through vaccines. Molnupiravir is also awaiting review by regulatory agencies in the United States, Europe and elsewhere.

United States Food and Drug Administration announced last month that it would convene a panel of independent experts to review the safety and effectiveness of the pill in late November. Initial supplies will be limited. Merck said it could produce 10 million treatments by the end of the year, but much of that supply has already been purchased by governments around the world.

Merck and its partner Ridgeback Biotherapeutic have applied for approval for the drug with regulators around the world to treat adults with mild to moderate COVID-19 who are at risk of serious illness or hospitalization. This is roughly the same group targeted by treatment with infused anti-COVID-19 antibody drugs, the standard of care in many countries for patients who do not yet require hospitalization.

Merck last month announced preliminary results showing its drugs were halving hospitalizations and deaths in patients with early symptoms of COVID-19. The results have not yet been reviewed by outside scientists. The company also did not disclose any details of the side effects of molnupiravir, except to say that the rates of these problems were similar between people who received the drug and those who received fake pills.

The drug targets an enzyme that the coronavirus uses to reproduce itself, inserting errors into its genetic code that slow down its ability to spread and take hold of human cells. This genetic activity has led some independent experts to question whether the drug could potentially cause mutations leading to birth defects or tumors.

In company trials, both men and women were instructed to use contraception or to abstain from sex. Pregnant women were excluded from the study. Merck said the drug is safe when used according to directions. Molnupiravir was first studied as a possible influenza treatment with funding from the US government. The drug was then cleared to Ridge back and its partner Merck.

Last week, Merck agreed to allow other drugmakers to manufacture its COVID-19 pill, with the aim of helping millions of people in poorer countries gain access to it. Medicines Patent Pool, a United Nations-backed group, said Merck will not collect royalties under the agreement as long as the World Health Organization considers COVID-19 a global emergency. But the deal has been criticized by some activists for ruling out many middle-income countries capable of performing millions of treatments, including Brazil and China.

Experts praised Merck for agreeing to share its formula widely and for pledging to help any company that needs technological help to manufacture its drug, which no coronavirus vaccine producer has agreed to. . Previously, Merck announced licensing deals with several Indian generic drug makers to make cheaper versions of the drug for developing countries.

Countries pledge to phase out dependence on fossil fuels

Daily NEWS Summary | 04-11-2021; Several major coal-using countries have pledged for the first time to phase out the use of highly polluting fossil fuels or accelerate existing plans to do so, while others have announced commitments to end investments in new ones.

UK Business Secretary Kwasi Kwarteng said that commitments made on the sidelines of the UN climate summit in Glasgow, Scotland, mean that “the end of coal is in sight.” But critics pointed out that several major economies had not yet set a date to end their dependence on fuel, which is a major source of global warming emissions.

The UK government said promises of new or earlier deadlines to end the use of coal come from countries such as Poland, Ukraine, Vietnam and Chile. India has also committed to achieving net zero emissions by 2070.

Existing targets to curb global warming force countries to stop burning coal, but many major economies, including the United States, China, India and Japan, have not set an official date to end its use. Still, experts said the announcement and other events so far at the October 31-November 12 summit show a growing drive to move away from coal.

Poland is the second largest coal user in Europe after Germany, which is expected to phase out from 2030. While the Polish government had previously agreed to end the use of coal by 2049, the new commitment would advance this deadline by less a decade. Ukraine, the third largest consumer of coal in Europe, is also pushing its deadline for coal forward from 2050 to 2035, according to a senior researcher from the E3G environmental think tank.

But some environmental activists said the promises didn’t go far enough. The coal deals are not part of the formal negotiations of the UN talks in Glasgow. But British Prime Minister Boris Johnson, whose country is hosting the conference, had said he wanted to see deals on coal, cars, trees and money.

Assam reserves land for the evicted, but insists on proof of citizenship

Daily NEWS Summary | 04-11-2021; Assam government has said it has set aside around 130 hectares to relocate evicted Gorukhuti families to Darrang district on the condition that they are healthy citizens, in addition to a number of other requirements. The emphasis on documentation raised concerns about dispossession. Between 1,200 and 1,400 houses were reportedly razed on 20-23 September in the villages of Dhalpur I, II and III in Gorukhuti, leaving more than 7,000 people homeless. Village markets, mosques, kabristans, madrasas and maktubs were also demolished.

The eviction campaign went smoothly on the first day, but met strong resistance from locals on the second day and also left two dead when police fired shots in September. Among the dead was a 12-year-old boy who obtained his first proof of identity, an Aadhaar card, before being shot. More than 20 people were injured, including police officers. Families evicted from Dhalpur village in Gorukuti, however, will not receive any compensation for being “invaders,” the government said in an affidavit to the Gauhati High Court in response to a PIL filed by opposition leader Debabrata Saikia. . 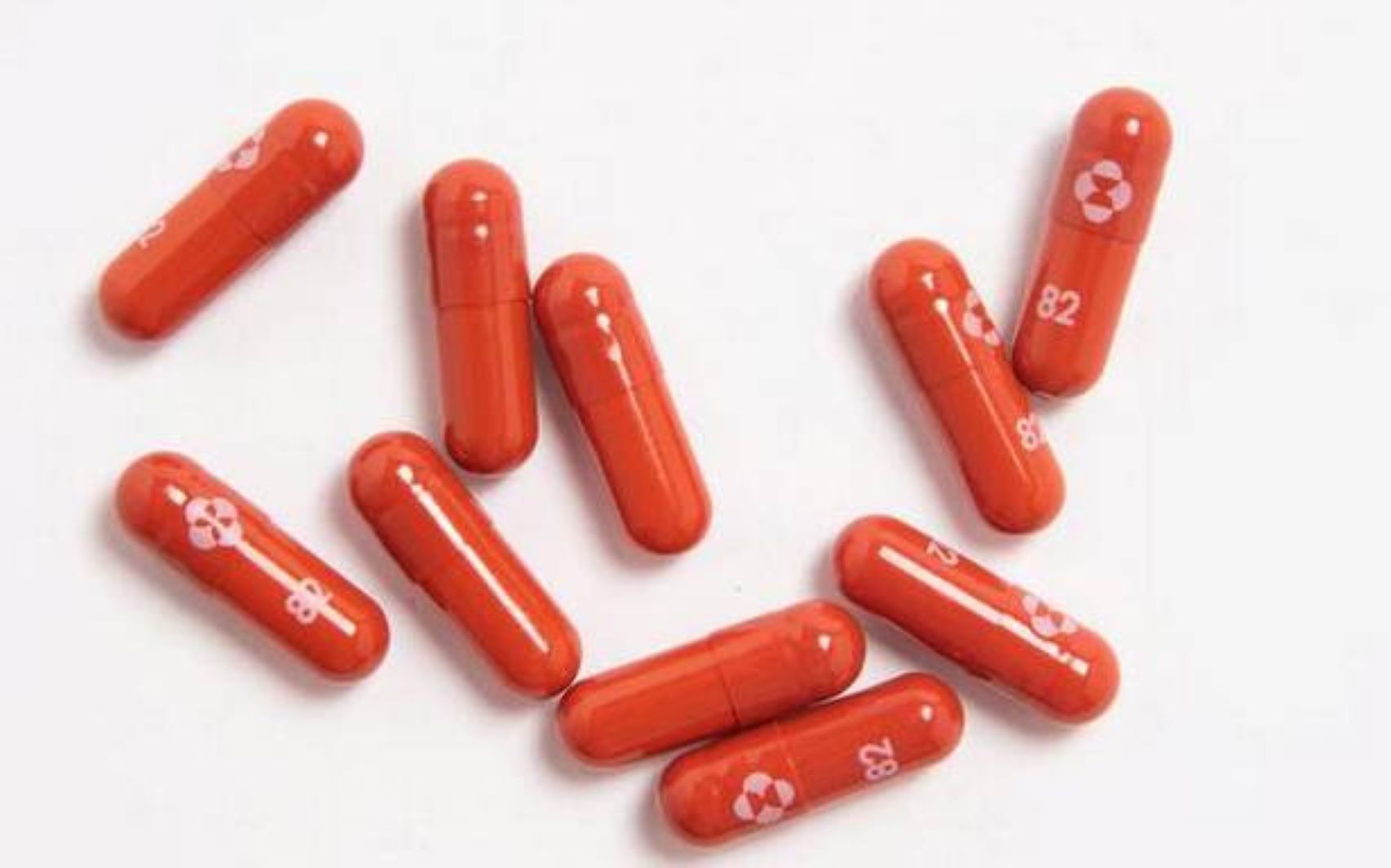