Daily NEWS Summary | 03-11-2021; The central government announced a reduction in excise duties on petrol and diesel by Rs. 5 and Rs. 10 per liter, respectively, effective November 4.

The Union’s finance ministry said on November 3 that the cut “will boost consumption and keep inflation low, thereby helping the middle and poor classes”, adding that states have also been urged to “cut back proportional VAT ”on gasoline and diesel to provide relief. to customers.

“In recent months, crude oil prices have rebounded globally. As a result, domestic prices for gasoline and diesel have increased in recent weeks, exerting inflationary pressure. The world has also experienced shortages and rising prices of all forms of energy, ”the ministry said. .

Arguing that the excise tax on diesel has been reduced by twice the amount of gasoline, the ministry said that this will especially help farmers in the coming Rabi season. “Indian farmers, through their hard work, have maintained the momentum of economic growth even during the closing phase …” he noted.

WHO nod to COVAXIN

Daily NEWS Summary | 03-11-2021 ; After months of waiting, right? The World Health Organization (WHO) finally granted the emergency use list for the Covaxin COVID-19 vaccine from Bharat Biotech on Wednesday. “WHO has granted an Emergency Use List (EUL) to COVAXIN (developed by Bharat Biotech), adding to a growing portfolio of vaccines validated by WHO for the prevention of COVID19.

“The technical advisory group, convened by WHO and composed of regulatory experts from around the world, determined that the Covaxin vaccine meets WHO standards for protection against COVID-19, that the benefits of the vaccine l ‘Take with you increases the risk and the vaccine can be used,’ the organization tweeted.

The organization added that the vaccine should be given in two doses, with a dose interval of four weeks, in all age groups 18 years and older.

“The covaxine vaccine has also been reviewed by the WHO Strategic Advisory Group of Experts on Immunization (SAGE) and recommended the use of this vaccine in two doses, with a dose interval of four weeks, in all age groups 18 years or over.

“There is insufficient data available on the vaccination of pregnant women with the Covaxin vaccine to assess the safety or effectiveness of the vaccine during pregnancy; Studies in pregnant women are planned, including a pregnancy sub-study and a pregnancy registry, ”the organization tweeted.

The TAG-EUL is an independent advisory group that provides recommendations to WHO on whether a COVID-19 vaccine can be listed for emergency use as part of the UEL procedure. Covaxin was found to be 77.8% effective against symptomatic COVID-19 and 65.2% protection against the new Delta variant.

In June, the company said it had completed the final analysis of the effectiveness of Covaxin from the Phase 3 trials. Covaxin and AstraZeneca from Bharat Biotech and Covishield from the University of Oxford are the two most widely used vaccines in India.

SC to examine whether education is a service

Daily NEWS Summary | 03-11-2021; The Supreme Court has agreed to consider whether education is a service under consumer protection law. A bench of Judges DY Chandrachud and BV Nagarathna noted that a similar legal case is awaiting trial in another case and labeled the case with it.

“In view of the handling of Civil Appeal No. 3504 of 2020 (Manu Solanki and others v Vinayaka Mission University), the question of whether education is a service within the Consumer Protection Act is pending before this Court. Leave granted. Etiquette with civil appeal, ”the court said in its Oct. 29 order.

In this case, the son of man was studying at a school that offered various “summer camp” activities in 2007, including swimming, and invited students to participate by paying 1,000. On May 28, 2007, at around 9:30 am, she received an urgent call from the school asking her to come immediately because her son was not feeling well.

Subsequently, he filed a consumer complaint with the State Commission alleging negligence and poor service by the school and claimed 20 lakh as compensation for the death of his son, as well as 2 lakh due to the mental agony suffered by him and 55,000 for costs. litigation. .

The State Commission dismissed the complaint on the grounds that the complainant is not a consumer. This order was challenged in the NCDRC. The NCDRC found that education, which includes extracurricular activities such as swimming, is not a “service” within the meaning of the Consumer Protection Act of 1986. It concurred with the State Commission’s view that the complainant is not a consumer and complaint covered by the Consumer Protection Act 1986 cannot be upheld.

The Prime Minister interacted with district magistrates from more than 40 districts in Jharkhand, Manipur, Nagaland, Arunachal Pradesh, Maharashtra, Meghalaya and other states. Ordering officials to prepare regional calendars for local targets, the prime minister said: “You will have to do everything you can to bring your districts closer to the national average.” According to a central government statement, Modi raised the issue of rumors and misunderstandings regarding vaccination.

He suggested that awareness raising is the only solution for this and asked officials to get help from religious leaders. The prime minister noted that religious leaders are very enthusiastic about the vaccination campaign and insisted that special emphasis be placed on getting his message out to the public door to door.

Urging health workers to reach out to all homes with passion “har ghar tika, ghar ghar tika” (vaccine on every door), the prime minister asked them to go in the spirit of “Har Ghar Dastak” calling everyone the doors. “Now we are preparing to bring the campaign to every home. With the Har Ghar Dastak ‘mantra, knock on every door, not every home has the safety net of a double dose of vaccine. The prime minister cautioned that the same attention should be paid to the second dose because every time the cases of infection begin to subside, the sense of urgency sometimes diminishes.

“His priority will be to contact people who have not taken the second dose despite the time limit … ignoring this has created problems for many countries.” He noted that, as part of the free vaccine for all campaign, India has set a dose delivery record of around 2.5 million rupees per day, demonstrating its capabilities.

Asking managers to be inspired by the good practices of their colleagues in the most efficient neighborhoods, the Prime Minister stressed that approaches must be tailored to local needs and the environment. District magistrates reported on the issues and challenges they face, resulting in poor coverage. The Prime Minister discussed in detail the issue of vaccine reluctance and the local factors behind it. Union Health Secretary Rajesh Bhushan gave an overview of immunization coverage.

Daily NEWS Summary | 03-11-2021; Pakistan denied the use of its airspace in Go First, formerly known as GoAir, forcing the flight from Srinagar to Sharjah to take a longer route and fly over Gujarat to reach its destination in the United Arab Emirates, government officials said. Government and air sources said that other westbound flights using Pakistani airspace, including those of the United States and the United Kingdom, were not affected.

“MEA and MHA officials are working to resolve the problem,” said a knowledgeable person.

Go First flight, G81595, was passing through Lahore until October 30, according to flight tracking site Flightradar24. Data for October 31 is not available on the website, but the upcoming flight on November 2 was forced to pass through Punjab, Rajasthan and Gujarat to reach its destination. She operates this flight four times a week. The detour also means that the flight that originally lasted three hours now takes an additional 30 minutes to reach Sharjah.

In reaction to Pakistan’s action, former J&K chief minister and head of the national conference, Omar Abdullah, said on Twitter that it was “very unfortunate. Pakistan did the same with the Air India flight. Express from Srinagar to Dubai in 2009-2010 I was hoping @GoFirstairways to be cleared over Pak airspace was indicative of a thaw in relations, but unfortunately it was not. “

Blaming the Center, PDP chief and former J&K chief minister Mehbooba Mufti tweeted “amazing the government of Israel didn’t even bother to get permission from Pakistan to use its space air for international flights departing from Srinagar. Just a public relations extravaganza without any preparation. “ 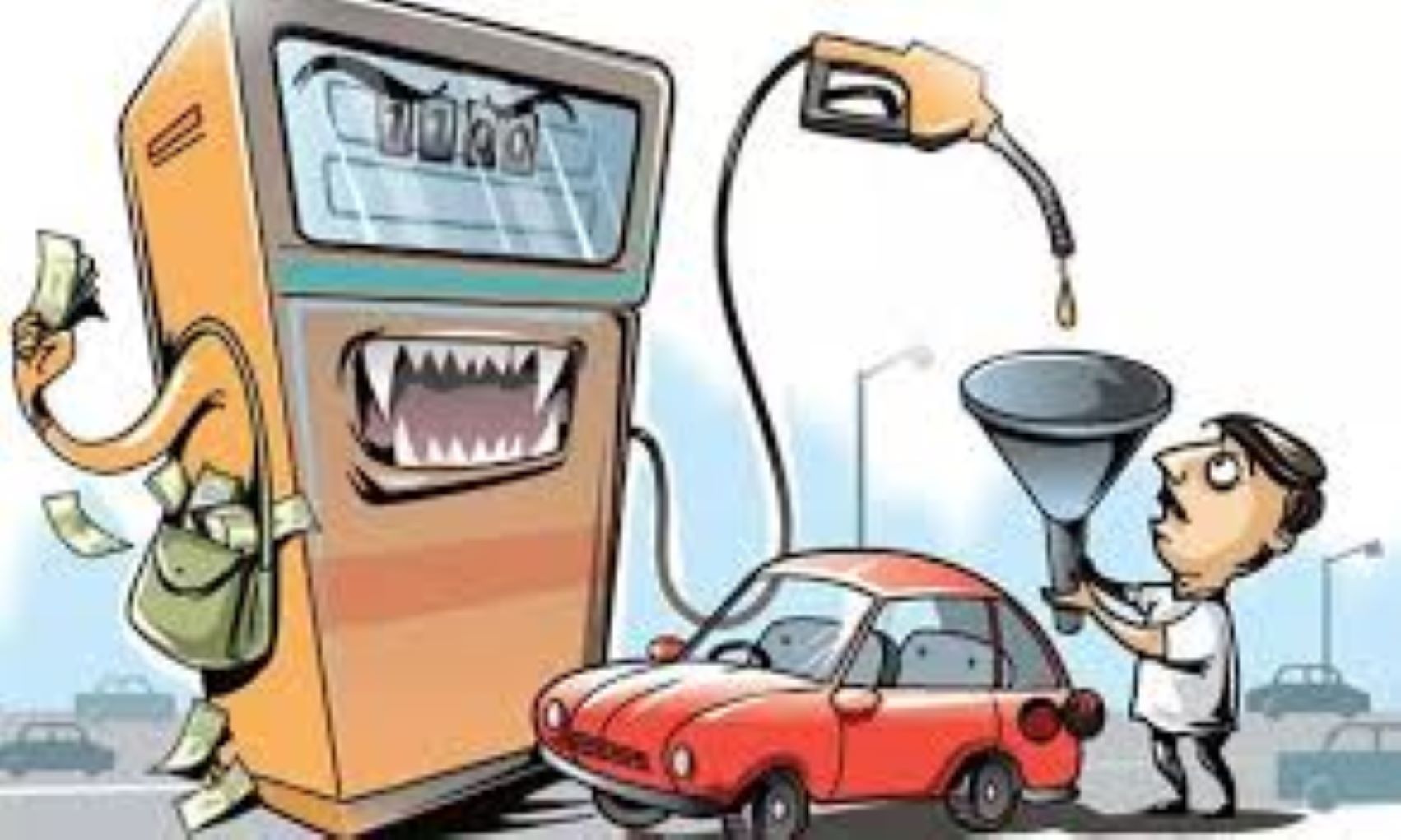