Pegasus case: there is no absolute power for the state to snoop into the “private sacred space” of individuals, according to the Supreme Court

Daily NEWS Summary | 27-10-2021; Noting that the power of the state to snoop, in the name of national security, in the “private sacred space” of the people could not be absolute, the Supreme Court on Wednesday appointed a technical committee of experts supervised by a former judge of the Supreme Court of Justice. VR Raveendran to examine allegations that the Center used Israeli software, Pegasus, to spy on citizens.

A three-judge panel led by Chief Justice of India NV Ramana explained that he had decided to reject the Center’s offer to appoint a panel of experts to investigate the allegations because “such action would violate the established judicial principle against prejudice, that is , that “justice must not only be done, but also seen as fact.”

The court said it was “extremely difficult” to shortlist members. Many had “politely declined” while others cited personal reasons. SC said he had formed the committee with the best intentions of ensuring “absolute transparency and efficiency.”

The court said it consciously avoided “political thickets” but could not curl up when the allegations posed a “serious” threat to the privacy and freedom of expression of all citizens and raised the possibility that the government, or even a foreign power, were behind the surveillance. The court said that the petitions before it, including those of veteran journalists N. Ram and Sashi Kumar of the Editors Guild of India, and victims of alleged espionage, had raised “Orwellian concerns” with the government.

The court said India cannot remain silent on Pegasus’ claims when other countries around the world have taken them seriously. The court asked the committee to present its report “without delay.” He posted the next hearing after eight weeks.

He said the persistent fear of being spied on affected freedom and had a “chilling effect.” Ordinary citizens, and not just activists and journalists, began to drift toward self-censorship.

“Members of a civilized democratic society have a reasonable expectation of privacy. Privacy is not the only concern of journalists or social activists. All Indian citizens must be protected against privacy violations. It is this expectation that allows us to exercise our choices, our liberties, and our freedom. It cannot be denied that surveillance and knowing that one is under threat of espionage can affect the way in which an individual decides to exercise their rights, ”said the Chamber, also composed of judges Surya Kant and Hima Kohli, in the order.

The court noted that the Indian Union did not specifically deny the allegations. The government, although the court gave it several opportunities, chose to respond with a “bus and a vague refusal” in a “limited affidavit.” The government had refused to take a clear position in court, citing national security concerns, even though the Pegasus allegations first surfaced two years ago.

However, the court rejected a petitioners ‘motion asking the cabinet secretary to file an affidavit in court, responding to Pegasus’ claims.

The court returned to William Pitt, the Earl of Chatham, the power of the citizen’s right to privacy over the state. “The poorest man can challenge the full force of the Crown in his cabin. It may be brittle, your roof may shake, the wind may blow through, the storm may enter, the rain may enter, but the King of England cannot enter! All his strength dared not cross the threshold of the ruined house! cited the Supreme Court.

Pegasus is one of the reasons we see a “silent opposition”: Rahul Gandhi

Daily NEWS Summary | 27-10-2021; Congress leader Rahul Gandhi on October 27 called a “big step” for the Supreme Court to appoint a three-member panel of cyber experts to investigate the alleged use of Israeli spyware Pegasus for the surveillance of certain people, and expressed confidence that the truth would come out.

Stating that the alleged espionage of Pegasus is an “attempt to crush Indian democracy”, Gandhi said it was “a big step that the Supreme Court said it was going to investigate this matter”. I hope we get the truth out of it. “

“We were asking three basic questions: who authorized Pegasus, which agency, which person authorized Pegasus, as we all know, Pegasus cannot be bought by an individual, it has to be bought by a government; the second question was who it was used against; The last thing was, did another country have access to the information of our people, ”said the former head of Congress.

“If data from the Election Commission or data from opposition leaders is passed on to the Prime Minister, it is a criminal act. If you use it to fight terrorism, then that’s a different thing. But using data for PM’s personal gain is totally criminal, ”Gandhi said.

“Governments have been eliminated, for example, in Karnataka, using Pegasus,” he noted.

“The government was attacking national security. If the data of our electoral commission, opposition leaders or key ministers is kept out of India, it attacks national security, ”Gandhi noted.

Gandhi said it is not a political issue but an existential one. “And that’s one of the reasons you see opposition silenced,” he added.

Daily NEWS Summary | 27-10-2021; On October 27, India criticized China for its “unilateral” decision to pass a new land border law, saying it is a cause for concern as the legislation may have implications for them. existing bilateral pacts on border management and on the general question of limits. .

Foreign Ministry spokesman Arindam Bagchi said India hopes China will avoid taking measures under cover of the law that could unilaterally change the situation in the border areas between India and the United States. China.

He said such a “unilateral move” would have nothing to do with any agreements the two sides have already made before, whether on the border issue or to maintain peace and quiet along the Line of actual control (LAC).

Last week, China’s national legislature passed the new law on the protection and exploitation of land border areas, which could be linked to the border dispute between Beijing and India.

“China’s unilateral decision to create legislation that could have implications for our existing bilateral border management agreements, as well as the border issue, concerns us,” Bagchi said.

“Such a unilateral decision will have no relation to the agreements that the two parties have already concluded before, either on the border issue or to maintain peace and quiet along the LAC in the border areas between the India and China, ”he said.

The Xinhua News Agency reported last week that the law, which comes into force on January 1 next year, states that “the sovereignty and territorial integrity of the People’s Republic of China are sacred and inviolable.”

A bench of the Chief Justice N.V. Ramana and Judges Surya Kant and Hima Kohli said: “This is an application submitted on behalf of the plaintiff / appellant seeking bail while the appeal is pending. After listening to the parties’ attorneys and carefully considering the assertions made in the motion, we are unwilling to grant bail to the petitioner / appellant”.

However, the court, taking into account the facts and circumstances of the case, ordered the Secretariat to register its appeals against the verdict of the TADA Special Court of February 25, 2015, for a final decision in the third week of November 2021.

On February 25, 2015, the TADA special court sentenced Salem to life in prison for the murder of the builder, as well as his driver Mehndi Hassan. The sentence of another defendant in the Virendra Jhamb case was compared with the period of detention that he endured in prison during the different stages of the investigation of the case.

Indian government has applied for loans from the Asian Development Bank (ADB) and the Asian Infrastructure Investment Bank (AIIB) to purchase up to 667 million doses of the COVID-19 vaccine.

The Manila-based ADB, of which the United States and Japan are the main shareholders, and the Beijing-based AIIB, where China and India are the main shareholders, are reviewing the loans. ADB is expected to lend US $ 1.5 billion and AIIB about US $ 500 million for the purchase of vaccines by the Indian government, which was carried out within the framework of the Asia Pacific Vaccine Access Center (APVAX) initiative of the ADB. Launched in December 2020, APVAX offers “prompt and equitable support to its developing member countries as they purchase and deliver safe and effective COVID-19 vaccines.” However, the 667 million doses must be vaccines qualified by the World Health Organization (WHO). Covishield is one of those vaccines, but Covaxin is still waiting for the green light with a final evaluation scheduled for November 3. 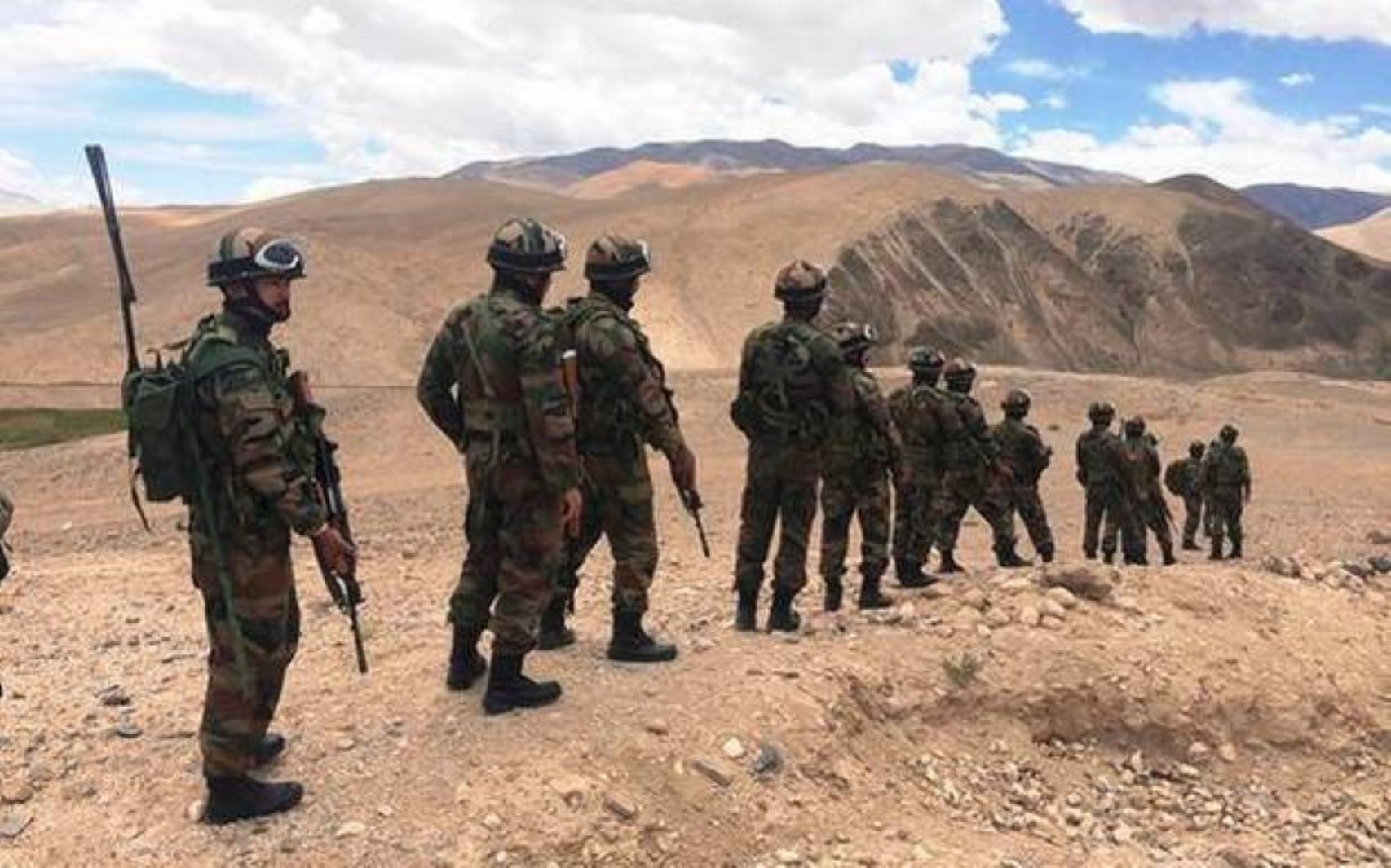