No recovery and no use of Aryan Khan, says HC defender

Daily NEWS Summary | 26-10-2021; While he was calling for his release on bail, Aryan Khan’s lawyer told Mumbai High Court that there had been no recovery, no (drug) use, and no medical (drug) testing on his part. Former Attorney General Mukul Rohatgi appeared on behalf of Khan, son of actor Shah Rukh Khan, before a single court under Judge Nitin Sambre.

He said: “Six grams of charas were recovered from Arbaaz Merchant‘s shoes and Khan is not concerned. There is no conscious possession. He did not recover and no medical examination was performed to prove consumption. Since there is no recovery, I was wrongly arrested. “

Referring to the WhatsApp chats that the Narcotics Control Bureau (NCB) relied on against Khan, Rohatgi maintained that the chats are from 2018 and “have nothing to do with this saga.”

Opposing Khan’s bail, the NCB submitted its response which read: “Khan is an influential person and he is likely to tamper with evidence or flee justice if he is released on bail. During the investigation, some international links with Khan were discovered, which at first glance indicates a purchase of illicit drugs. He was in contact with people abroad who were part of an international drug ring. The evidence gathered during the investigation mainly revealed that Khan had participated in the illicit acquisition and distribution of contraband.

Khan obtained some contraband from his friend Arbaaz Merchant. Khan and Merchant had worked closely together, which is enough to attract crimes under section 29 of the Narcotics and Psychotropic Substances Act, which deals with the conspiracy. The role of one accused cannot be dissociated from another. The investigation reveals that all people are part of a larger chain and that their participation in the conspiracy to commit unlawful acts cannot be ruled out.

There was enough material in the form of WhatsApp chats, photos, etc. to prove that Khan was an active member of the illicit drug chain along with other co-defendants. Therefore, the amount of recovery (of drugs) of an individual becomes inconsequential and none of them can be considered in isolation for the granting of a bond ”, said the central organism.

Meanwhile, a lawyer took the stand and complained that he had heard Khan’s case first, while many others languished in prisons. Lead attorney Amit Desai, representing Merchant, will appear on October 27.

Lakhimpur Kheri: Of the 5,000 people present at the crime scene, did you only have 23 eyewitnesses? The Supreme Court asks the U.P.

Daily NEWS Summary | 26-10-2021; On Tuesday, the Supreme Court was shocked to discover that the Uttar Pradesh police could only find 23 eyewitnesses to the alleged incident of a convoy of a Union minister who threw himself on farmers in a public place in Lakhimpur Kheri, where they were they gathered between 4,000 and 5,000 people for a protest rally on farm laws on October 3.

“There were hundreds at the farmers’ rally and only 23 people are witnesses? The Chief Justice of the Supreme Court of India, N.V. Ramana, at the head of a bench of three judges, appealed to the government of Uttar Pradesh.

Lead attorney Harish Salve from Uttar Pradesh said the “inner circle” of people close to the scene of the incident and those who saw the cars and the people inside them numbered 23.

The government of Uttar Pradesh has submitted a second report on the status of the investigation indicating that there were 23 witnesses out of a total of 68 witnesses. The statements of 30 of them have already been taken before the magistrate.

Salve said there were also videos on digital media of the incident. There are “overlapping videos”.

“We will receive the exact images of these videos, which will be certified and sent to us… This whole process is underway. Many witnesses are formal… It is not necessary to take their statements under article 164 Cr.PC [testimony of a witness before a magistrate] ”, presented Salve.

Judge Surya Kant, on the stand, asked the state government: “Isn’t that your case too? There were between 4,000 and 5,000 people there. They were locals … But even after the incident, they were hesitant to come forward … Is access to these people or their identification going to be a major issue?

“Of between 4,000 and 5,000 people at the scene of the incident, some are believed to be fence guards. They would not be serious witnesses. You have to find people who can stand up and say what they saw … ”, Judge Kant told the state government.

The president of the Supreme Court Ramana, without specifying the “apprehension” of the court, indicated that the influence exerted by the defendant can frighten the witnesses.

Review of current Covaxin injection, according to WHO

Daily NEWS Summary | 26-10-2021; A World Health Organization (WHO) technical advisory group was reviewing data on Covaxin’s COVID-19 vaccine on Tuesday with a decision on its emergency use list likely soon, a spokesperson said.

“If everything is in place and everything is going well and the committee is satisfied, we would expect a recommendation within the next 24 hours,” Margaret Harris told reporters at a UN press conference. Millions of Indians received the injection produced by Bharat Biotech, but many were unable to travel pending WHO approval.

Daily NEWS Summary | 26-10-2021; Former captain Rahul Dravid is almost certain to be the next head coach of Indian cricket team after officially running for the top job on Tuesday.

With Dravid, the current director of the National Cricket Academy, the job of the cricket advisory board becomes easier as there are no big names in the fray who can match the stature of the hitting greats.

In addition, we know for sure that he is the first and the only choice of BCCI President Sourav Ganguly and Secretary Jay Shah. “Yes, Rahul submitted a formal request today as it is the last day of the deadline. His NCA team, bowling coach Paras (Mhambrey) and field coach Abhay (Sharma) have already applied. His request was only a formality, ”a senior BCCI official told PTI on Tuesday.

Dravid had recently met with BCCI executives in Dubai on the sidelines of the IPL final between the Kolkata Knight Riders and the Chennai Super Kings, where Ganguly and Shah spoke to him about taking office following Ravi Shastri’s resignation at the end of India’s campaign to the ICC. T20 World Cup.

With Dravid, a new era of Indian cricket will begin with the home series against New Zealand, where he will take over with a new T20 captain, who will in all likelihood be Rohit Sharma.

The former Indian player who hit the great VVS Laxman could be back in the fray to lead the National Cricket Academy if the post becomes vacant in the coming days. It is known from sources that Laxman might not continue to mentor Sunrisers Hyderbad on the IPL side and, if selected, would also have to leave his commitments to the media, including commentary and editorial columns.

The national coach and the director of the NCA should work in close coordination, keeping in mind the interests of Indian cricket. It is understood that Dravid and Laxman, who have had a close bond from when they played for the South Zone and subsequently for India for almost a decade and a half, would be the perfect choice.

The other aspect that needs to be taken into account is the fact that Laxman is a resident of Hyderabad, where he has a young family with only teenage children and also elderly parents. It appeared that Laxman was reluctant to accept the NCA cricket director’s offer, but BCCI would approach him again. 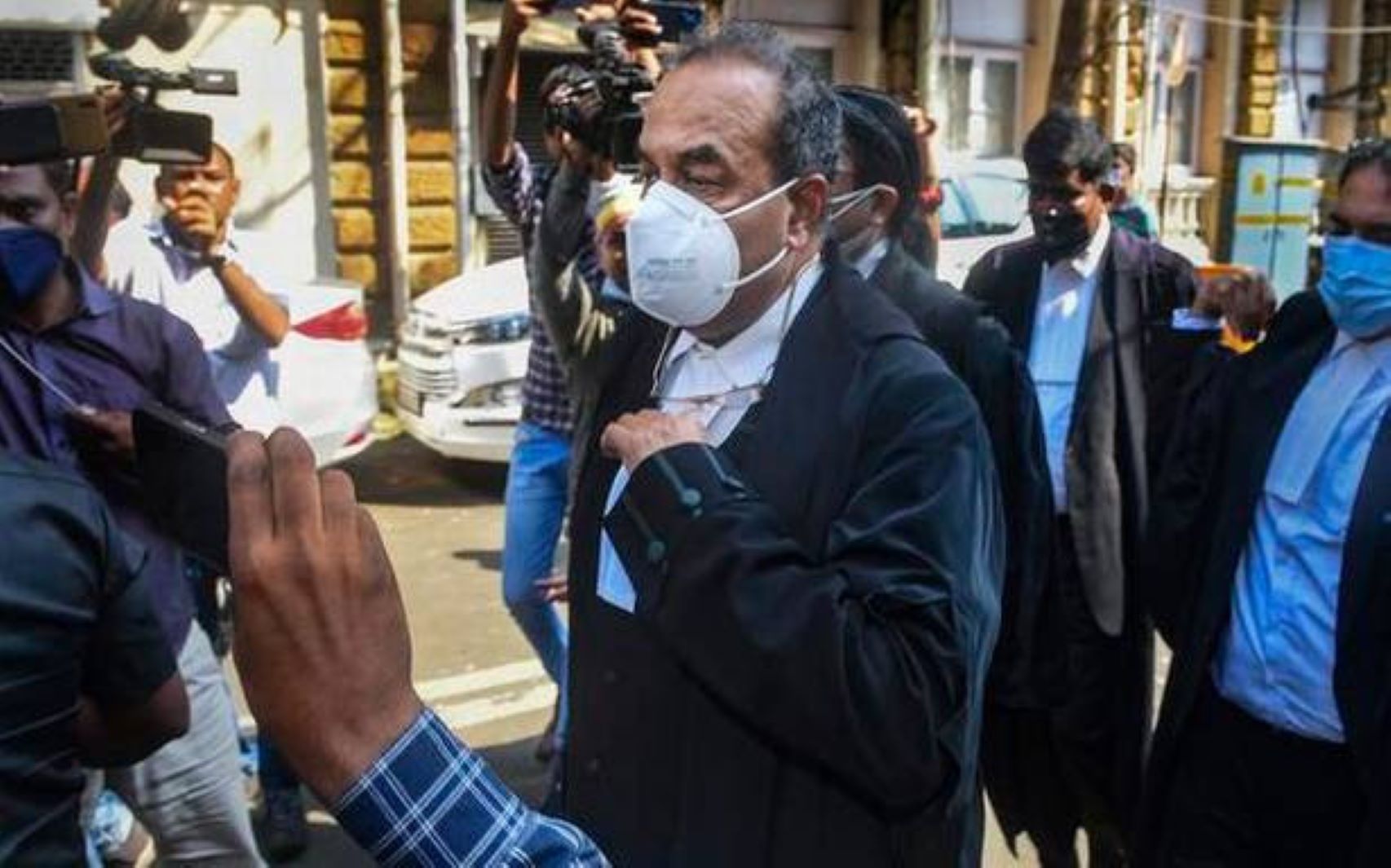