Daily NEWS Summary | 25-10-2021; A special court rejected an argument by the Office of Narcotics Control (NCB) asking it to disregard an affidavit presented by an alleged witness during the drug raid on a cruise ship on October 1, after what the son of actor Shah Rukh Khan Aryan Khan was arrested.

“The general ordinances cannot be approved or removed from the application filed by Sameer Wankhede, regional director of NCB to the special court assigned under the Narcotic Drugs and Psychotropic Substances Act (NDPS) against l ‘affidavit filed by Prabhakar Sail “.

The NCB requested instructions not to take any action or to see Sail’s notarized affidavit. Wankhede said the only justification appears to be the arrest of the chief’s son-in-law (Cabinet Minister Nawab Malik) in an NDPS case and his release on bail.

On October 24, Sail, in a statement to the media, alleged that an NCB official demanded 25 million rupees, including witness K.P. Gosavi, to let Khan handle the case. He told the media that he overheard Gosavi telling a Sam D’Souza on the phone, after Khan was taken to the NCB office after the October 2 raid, about a 25 crore trial and to be set at 18 crores as required. Give 8 million rupees to Wankhede. Salil had said he would soon release evidence to back up his claim.

On October 24, Wankhede wrote to Mumbai Police Commissioner Hemant Nagrale asking for protection from the possibility of strangers planning legal action against him to falsely trap him over an alleged surveillance issue.

The plea against Ramdev by the association of doctors cannot be ruled out: Delhi HC

Daily NEWS Summary | 25-10-2021; The Delhi High Court said that a prima facie case brought by various medical associations against yoga guru Ramdev for allegedly spreading misinformation against allopathy amid the COVID-19 pandemic was worth taking into consideration and could not be “rejected” at first.

Judge C. Hari Shankar said that at this stage it is enough for him to “see whether the allegations contained in the complaint constitute a case for consideration”.

“The charges may be correct or maybe incorrect. He may be saying he didn’t say anything about it … We need to investigate, “said the judge.” At first glance, it appears that this lawsuit cannot be dismissed at the threshold. without leave to take legal action, ”said the High Court, which had previously asked for Ramdev’s position on the initiation of the proceedings.

They alleged that Ramdev was misleading and misrepresenting the general public that allopathy was responsible for the deaths of several people infected with COVID-19, and implied that allopathic doctors were causing the deaths of patients. Senior lawyer Akhil Sibal, representing the associations, said that in the midst of a pandemic, Yog Gugu made unsubstantiated claims that Coronil was a cure for COVID-19, contrary to the license granted to the drug. to simply be an “immune booster”.

Senior counsel asserted that Ramdev’s statements were not “good faith opinions” but were made for commercial and marketing purposes. “He’s an untitled person. He gives medical advice in a regulated field, putting his life in danger in the midst of a pandemic. People are gullible. He’s a repeat offender. He claimed that yoga can cure AIDS and cancer. You can’t just say things and cheat people. With the commercial discourse comes a certain responsibility, ”he said.

In their statement presented through attorney Harshavardhan Kotla, the associations argued that the highly influential yoga guru cast doubts in the minds of the general public regarding the safety and efficacy, not just allopathic treatments. but also COVID-19. vaccines.

The motive alleged that the disinformation campaign was nothing more than an advertising and marketing strategy to promote sales of the product sold by Ramdev, including Coronil, which claims to be an alternative treatment for COVID-19. The other defendants in the guilty plea include Acharya Balkrishna and Patanjali Ayurveda.

Central Vista Project: SC calls the government, file an affidavit about a land use change

Daily NEWS Summary | 25-10-2021; The Supreme Court asked the government to explain in an affidavit the need for a land use change project for the bus station and neighborhood park to house the new official residences of the vice president and prime minister as part of the ambitious redevelopment plan for Central Vista.

A bench of judges A.M. Khanwilkar and C.T. Ravikumar asked the government, represented by Attorney General Tushar Mehta, to submit a short affidavit with their response on the need for the plan change. The hearing was based on a motion filed by Rajiv Suri, represented by attorney Shikhil Suri, who said his statement was limited to the proposed land use change on parcel number one.

The petition questioned the validity of a notification issued by the Ministry of Housing and Urbanism on October 28, 2020, notifying the change in land use by proposing a modification of the zonal development plan of zone ‘D’ for plot number one. in the Central Vista of Lutyens Delhi.

“It is proposed to transform the recreation area into a residential area … It has not shown public interest in the change of land use proposed here,” argued Suri.

Mehta orally confirmed in court that the official residences of the vice president and prime minister were planned for this plot. “So the public recreation area is not available now?” Will the recreation area be relocated to another area? ”Judge Khanwilkar asked the leading legal expert.

Mehta said the playing area could be moved to another area. But he also cited security reasons. “Parliament, etc., is coming. It may not be possible to have a recreation area,” argued the attorney general.

Mehta said the government would submit its affidavit shortly. He convinced the Chamber to re-register the case urgently on Friday, October 29. Suri argued that the proposed amendment “violates the right to life itself.”

“The land use change will deprive Delhi residents and Indian citizens of a vast open and green space that is highly prized in Central Vista … The right to life includes the right to enjoy a healthy life.” Suri said.

In January, the Supreme Court, in a majority verdict, gave the government the green light for the multi-million dollar Central Vista redevelopment project. The verdict had focused on building a new Parliament three times the size of the existing 93-year-old heritage building and concerned changing the use of 86.1 acres of land that houses the Indian Power Corridor.

Daily NEWS Summary | 25-10-2021; The Sudanese army seized power on Monday, dissolving the transitional government hours after troops arrested the acting prime minister and other officials. Thousands of people have taken to the streets to protest the coup that threatens the country’s fragile advance towards democracy.

The inauguration comes more than two years after protesters forced the removal of autocrat Omar al-Bashir and just weeks before the military handed over leadership of the country’s governing council to civilians.

After the morning arrests of Prime Minister Abdalla Hamdok and other officials, thousands of people flocked to the streets of the capital Khartoum and his sister city Omdurman. Images shared online appeared to show protesters blocking streets and setting tires on fire while security forces used tear gas to disperse them.

As plumes of smoke filled the air, protesters could be heard shouting: “The people are stronger, stronger” and “Retirement is not an option!” Videos on social media showed large crowds crossing bridges over the Nile into the center of the capital. At least 12 protesters were injured during the protests, according to the Sudan Medical Committee, which did not provide details.

In the afternoon, the army chief, General Abdel-Fattah Burhan, announced on national television that he was dissolving the government and the Sovereign Council, a mixed military and civil body created four months after al-Bashir’s overthrow to govern the country.

General Burhan said that disputes between political factions led the military to intervene. Tensions have been mounting for weeks between civilian and military leaders over Sudan’s trip and the pace of the transition to democracy. The general declared a state of emergency and said the military would appoint a technocratic government to lead the country to elections, scheduled for July 2023. But he said the military would remain in command.

“The armed forces will continue to complete the democratic transition until the leadership of the country is handed over to an elected civilian government,” he said. He added that the country’s constitution will be rewritten and a legislative body will be formed with the participation of “young men and women who made this revolution.”

The Information Ministry, still loyal to the dissolved government, called his speech “an announcement of the seizure of power through a military coup.”

Kolkata-based business magnate Sanjiv Goenka‘s RP-SG group claimed the Lucknow franchise for a whopping 7,090 crore, while international equity investment firm CVC Capital won Ahmedabad’s bid with a Rs 5.6 billion offer as the two long-awaited new IPL teams were unveiled on Monday. BCCI had expected a windfall of around 10,000 crore, but to their surprise, they got 12,690 crore from the two new teams that will compete in the 2022 IPL.

Actor Rajinikanth today received the prestigious Dadasaheb Phalke Award at the 67th National Film Awards, for his contributions as an actor, producer and screenwriter. Established in 1969, this award is the highest distinction given to an Indian film artist. The award was awarded by a five-member jury: Asha Bhonsle, director Subhash Ghai, Mohanlal, Shankar Mahadevan, and actor Biswajeet Chatterjee. 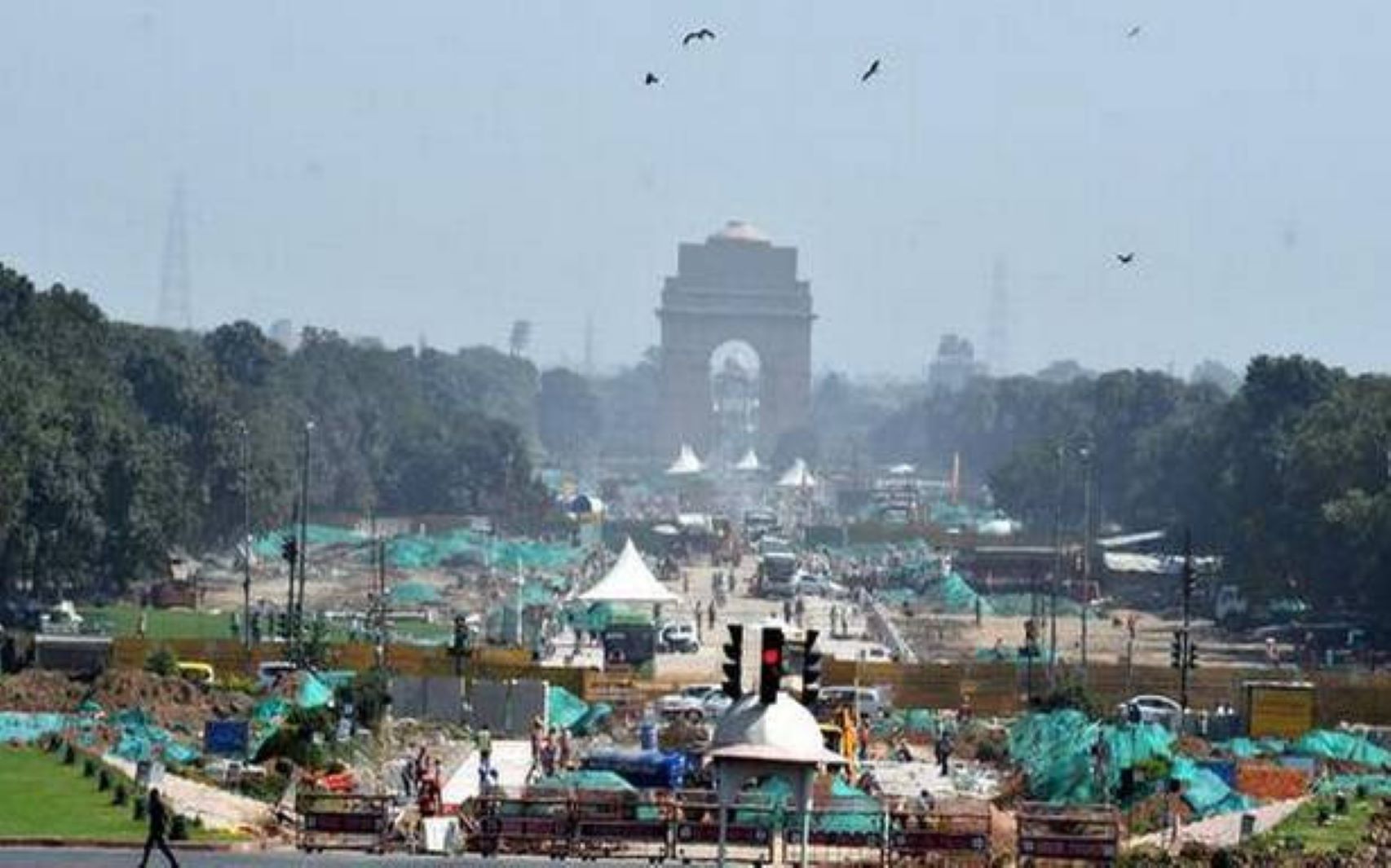