Daily NEWS Summary | 23-10-2021; During his first visit to Kashmir after the repeal of Article 370, separating the State of Jammu and Kashmir into two Union territories on August 5, 2019, and stripping the Valley of its status, Home Minister Amit Shah reviewed the security situation and the measures taken to fight terrorism in the Valley following a series of attacks against civilians, in particular non-local workers and minorities.

Following the killings of civilians and in the days leading up to Mr. Shah’s visit to Srinagar on Saturday, around 700 people were detained in Jammu and Kashmir, some under strict Public Security Act (PSA). Arrests were made especially in southern Kashmir, a senior government official said, adding that many ground workers from terrorist groups were among those arrested by police.

Dozens of PSA detainees have been transferred to prisons outside J&K. According to the PSA, exclusive to J&K, a person can be detained on the basis of an executive decree for up to two years, without trial, if their act is prejudicial to state security or the maintenance of public order. The crackdown comes ahead of Mr. Shah’s three-day visit to Srinagar-Jammu which begins on Saturday.

Shah reviewed the security scene at a meeting held at Raj Bhawan here attended by senior civil administration officials, including Lieutenant Governor Manoj Sinha, and senior security officials from the army, CRPF, police and other agencies, officials said. Home minister was briefed on steps taken to suppress terrorism from Jammu and Kashmir and anti-infiltration measures taken by the forces, officials said.

Shah’s visit to Kashmir comes amid 11 murders of civilians in the valley in October alone. Five of the dead were workers from Bihar, while three, including two teachers, were from minority communities in Kashmir. Official sources said an additional 50 paramilitary companies were being established in the valley following the recent wave of killings of civilians.

Daily NEWS Summary | 23-10-2021; Perfumes can also hide a deadly secret. An aromatherapy spray made in India was pulled from the shelves of retail giant Walmart in the United States after a medical investigation linked it to melioidosis, a rare disease that has sickened at least four and may have caused two deaths in the United States. Country.

The spray is believed to contain a bacterium, Burkholderia pseudomallei, which causes a rare but deadly disease called melioidosis, the United States Center for Disease Control and Prevention (CDC).

Melioidosis is a rare but serious disease in the United States with 12 cases reported each year. The bacteria responsible are extremely elusive and difficult to detect, and the symptoms of the disease it manifests are often mistaken for other illnesses.

The true burden of the disease is unknown in India, but a 2016 modeling study by scientists at the University of Oxford predicted a global incidence of around 165,000 cases worldwide with an estimated mortality of 89,000. (54%). This study suggested that melioidosis is endemic in India with an annual incidence of around 52,500 cases. Treatment usually involves a prolonged and intensive course of antimicrobial therapy administered intravenously.

The spray, “Better Homes and Gardens Lavender & Chamomile Gemstone Essential Oil Infused Aromatherapy Room Spray,” was found on October 6 in the home of a Georgia resident who fell ill with melioidosis in late July.

Other than the mention that the spray was made in India, no other details about the origin of the spray have been revealed. The contaminated spray was sold in 55 Walmart stores on the company’s website from February to October 21 of this year, when Walmart pulled the remaining bottles of the spray and related products from its shelves.

A sample of the Better Homes & Gardens spray tested positive for the bacteria this week and genetic testing found it to be similar to strains found in South Asia, the CDC statement said. It should be remembered that candy giant Mars Wrigley had recalled several batches of its Crispy M & Ms across Europe because the only main ingredient, Indian rice flour, was detected with genetically modified contamination.

Daily NEWS Summary | 23-10-2021; Given that the Assembly elections were to be held in February next year in Goa, the Prime Minister reiterated the need for a “twin-engine” government to make the state truly self-sufficient. He said this while he was interacting with the beneficiaries and stakeholders of the “Aatmanirbhar Bharat Swayampurna Goa program” via video conference.

His reference to the “dual engine” was to the importance of having a BJP government both in the Center and in the State. possibilities, ”Modi said, adding that“ Swayampurna Goa ”is a way to fulfill the aspirations of ordinary people.

“Swayampurna Goa is a guarantee of well-being and health for our mothers and sisters. Swayampurna Goa will provide employment and self-employment opportunities for the young and unemployed, ”he added.

Modi said that it is not just a five-month or five-year program, it is a first phase of the vision for the next 25 years.

“Therefore, Goa needs further development by a dual-engine government. Goa needs clear policies as they are today and a stable government,” he said.

The prime minister said the coastal state needs “strong leadership like today.” “With the blessings of all of Goa, we can change the state,” he said.

Tamil film Koozhangal is India’s official entry to the Oscars

Daily NEWS Summary | 23-10-2021; Rookie director P.S. Vinothraj Koozhangal (Pebbles) has been announced as India’s official entry to the Oscars 2022. Presented by Rowdy Pictures of Nayanthara and Vignesh Shivan, Koozhangal chronicles the journey of an alcoholic father, Ganapathy, and his son Hairy, who are on their way to bring back their mother-wife, who has left her home. Through her eyes, we can easily glimpse life in a drought-stricken village in Madurai.

Vignesh Shivan took to Twitter to share and celebrate the news, posting: “There is a chance to hear that! And the Oscars return to … A stone’s throw from a dream come true in our lives. #Pebbles #Nayanthara @PsVinothraj @thisisysr @AmudhavanKar @Rowdy_Pictures I couldn’t be more proud, happier and more satisfied.

If selected, the film will compete for the Oscar for Best International Feature Film next year. Shaji N Karun, chairman of the 15-member selection committee established by the Film Federation of India, made the announcement. The 94th Academy Awards will be held on March 27, 2022 in Los Angeles.

Covid Updates: The number of reported coronavirus cases in India stood at 3.41 63,459 at the time of publication of this bulletin, with a death toll of 4.53,798. 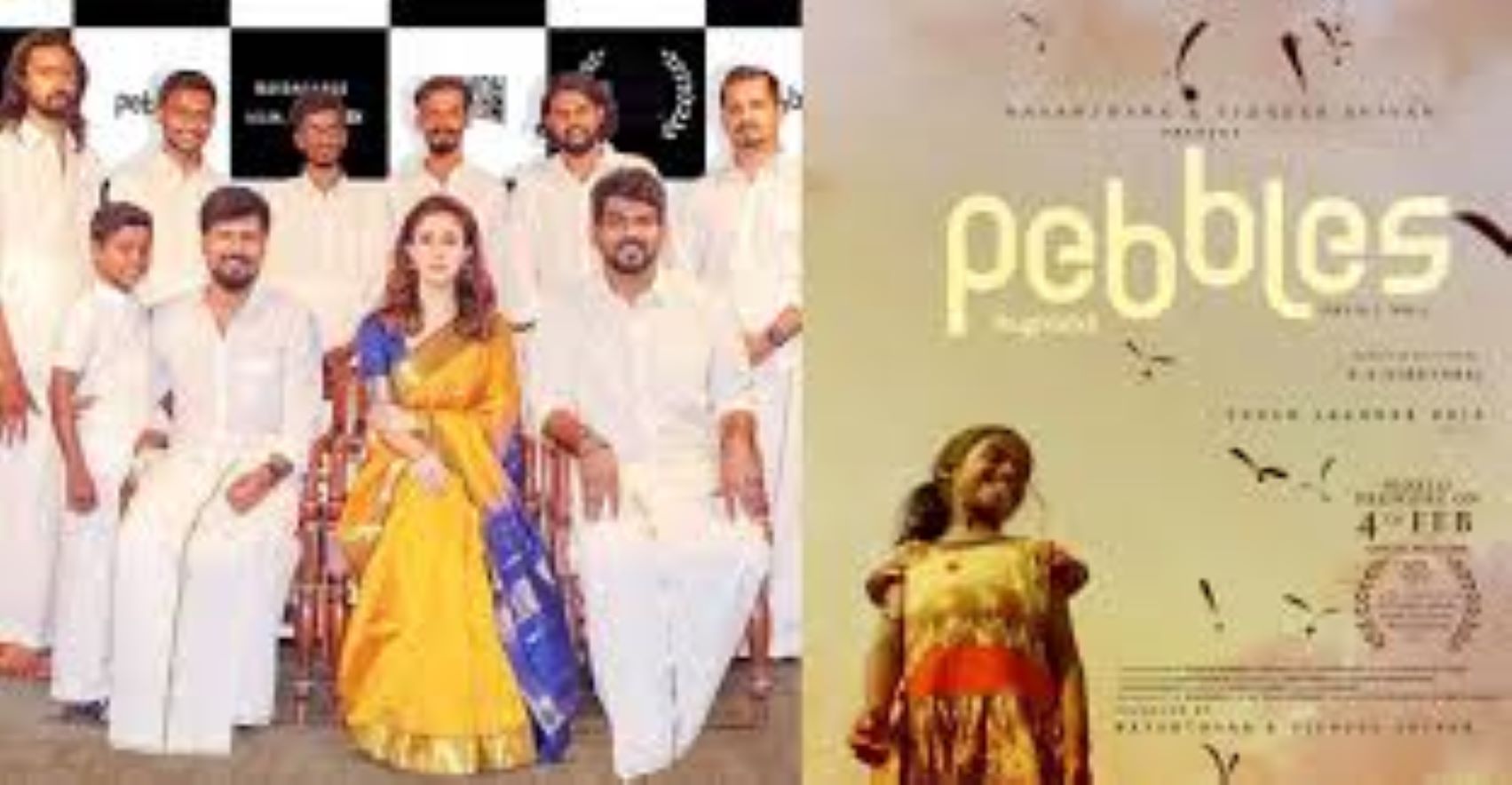