Daily NEWS Summary | 21-10-2021; Supreme Court saw farmers and the government participate in a verbal confrontation in a physical hearing. The farmers, represented by lead advocate Dushyant Dave and advocate Prashant Bhushan, said the roads were deliberately blocked to turn public opinion against them. Protesters should be allowed to enter the Ram Lila Maidan and the Jantar Mantar to continue their protests against agricultural laws.

Haryana Attorney General Tushar Mehta reminded the court of the violence at Red Fort in January which left several hundred wounded and more dead. A bench led by Judge S.K. Kaul admitted that “there is a problem with the movement, we are not going to accept that there is no problem”. He said a solution must be found for the nearly two-year standoff between farmers and the government.

The court noted that it had established the law in Shaheen Bagh’s protest case that the right to demonstrate must not interfere with the public’s right of movement. Judge Kaul observed: “The law is established. There is no reason for the CS to dictate the law over and over again … In the end, some solutions must be found: the roads cannot be blocked … “

Dave argued that the right to protest is a fundamental right. The roads were blocked by the police. The government’s view on the violence of the demonstrators seemed biased. He asked why farmers were not allowed into Jantar Mantar when he saw massive protests organized by the BJP in the region on Tuesday against the attack on Hindus in Bangladesh during Durga pooja. “The solution is to allow us to get agitated in Jantar Mantar …”

Dave replied that farmers felt the same about government farm laws. He reiterated that the only solution to the problem would be to allow farmers to enter the Ram Lila Maidan. He referred to the fact that there was evidence to suggest that the protests were being funded by anti-national elements.

So far, only four of 43 farmer organizations and leaders have responded to the Superior Court’s notice of a request from a Noida resident to lift the blockages. Dave told the bench that another bench is hearing a similar case and that this case should be transferred there.

The court issued a notice regarding new petitions filed by other private citizens asking for the blockages to be lifted. The Chamber published the hearing on December 7.

Daily NEWS Summary | 21-10-2021; CBI Director Subodh Jaiswal himself should be considered a “potential defendant” in the central agency’s investigation into Maharashtra’s former interior minister Anil Deshmukh, the government to the Bombay High Court.

Senior attorney Darius Khambata, who ran for the government of Maharashtra, told a court of judges Nitin Jamdar and SV Kotwal that from 2019 to 2020, when Jaiswal was director general of the state police (DGP ), he was also a member of the Police Establishment Council.

As a result, the senior IPS official has been involved in decisions on transfers and assignments of police officers that the CBI is currently investigating, the lawyer said. The government of Maharashtra challenged in the High Court the summons issued by the CBI to Chief Secretary of State Sitaram Kunte and current state DGP Sanjay Pandey to record statements under the the agency’s investigation against Anil Deshmukh.

Jaiswal approved the transfer and assignment recommendations in his capacity as DGP during Deshmukh’s tenure.

In September this year, the IWC summoned Maharashtra Chief Secretary Sitaram Kunte and current DGP Sanjay Pandey to record statements in the case. The Maharashtra government moved the HC challenging the subpoena.

He showed the court the minutes of meetings at which Jaiswal, as a board member of the police establishment, had approved the transfers of various police officers. Jaiswal was present at all transfer meetings, Khambata said.

Khambata urged the HC to appoint a retired judge or other appropriate person to lead and supervise the investigation against Deshmukh. Attorney General Tushar Mehta and Additional Attorneys General Aman Lekhi and Anil Singh, who appeared for the CBI, opposed the state’s request. The court said it could not grant any provisional stay on the subpoena because it would involve commenting on the merits of the case. He allowed the CBI to file a response and released the case for a new hearing on October 28.

Daily NEWS Summary | 21-10-2021; Actor Ananya Pandey appeared before the Bureau of Narcotics Control (NCB) on Thursday after the central agency allegedly discovered discussions on WhatsApp during its investigation against Aryan Khan, son of actor Shah Rukh Khan, in a drug case, the authorities said. sources.

Ananya’s father Chunky Pandey accompanied her to NCB’s office at Ballard Estate in South Mumbai, where they arrived around 4 p.m. The NCB Zonal Unit in Mumbai, which is investigating the cruise drug seizure case in which Aryan Khan was arrested, visited Ananya Panday’s residence in Bandra this morning and summoned her to record her statement later today, the officials said. sources.

Ananya was invited to appear before the NCB in the afternoon. As a result, she and her father, Chunky Panday, appeared before NCB officials, the sources said. However, NCB officials have not yet clarified their role, if any, in this matter. There was a massive deployment of police in front of the NCB office and a large number of media people were also present.

Aryan Khan was arrested along with a few others on October 3 after NCB raided a cruise ship off the coast of Mumbai and claimed to have seized drugs, including charas. An NCB team visited Shah Rukh Khan’s “Mannat” residence on the outskirts of Bandra this afternoon to search for certain documents related to the investigation of the case from him, an official said. .

On Thursday morning, Shah Rukh Khan was reunited with his son Aryan Khan at Arthur Road prison in Mumbai, where he was housed following his arrest in the case.

Daily NEWS Summary | 21-10-2021; Police in Nagaon district in central Assam arrested two minors “addicted to pornography” who stoned a six-year-old girl to death for resisting sexual abuse. An eight-year-old boy was also arrested for complicity in the crime, along with the parents of one of the two boys, both 11, for trying to suppress the incident and tampering with evidence.

The girl was killed on October 18 in a village below the Uluoni police station. Found unconscious in a stone crusher toilet, she was pronounced dead upon arrival at a local hospital. Mrinmoy Das subdivision police officer said the victim was a neighbor of the three defendants, who are related. The parents of the first 11-year-old boy were arrested for trying to silence the crime and tampering with evidence, the officer said.

Children were sent to a children’s home on Thursday, while the arrested parents are expected to be taken into custody, police said. Nagaon SP Anand Mishra said the incident underscored the need for family or social intervention and institutional guidance for children exposed to the harms of pornographic or violent content available online.

Jayanta Das, a Guwahati-based psychiatrist, blamed the incident on the “abuse and overuse” of technology and a lack of parental guidance, and parents today tend to allow even babies to be. entertained by their cell phones instead of telling them stories or spending money. quality time. with them.

Daily NEWS Summary | 21-10-2021; Cumulative doses of the COVID-19 vaccine administered in the country exceeded the 100 crore mark on October 21. According to official sources, around 75% of the entire eligible adult population in India received at least the first dose and around 31% received both vaccine doses. 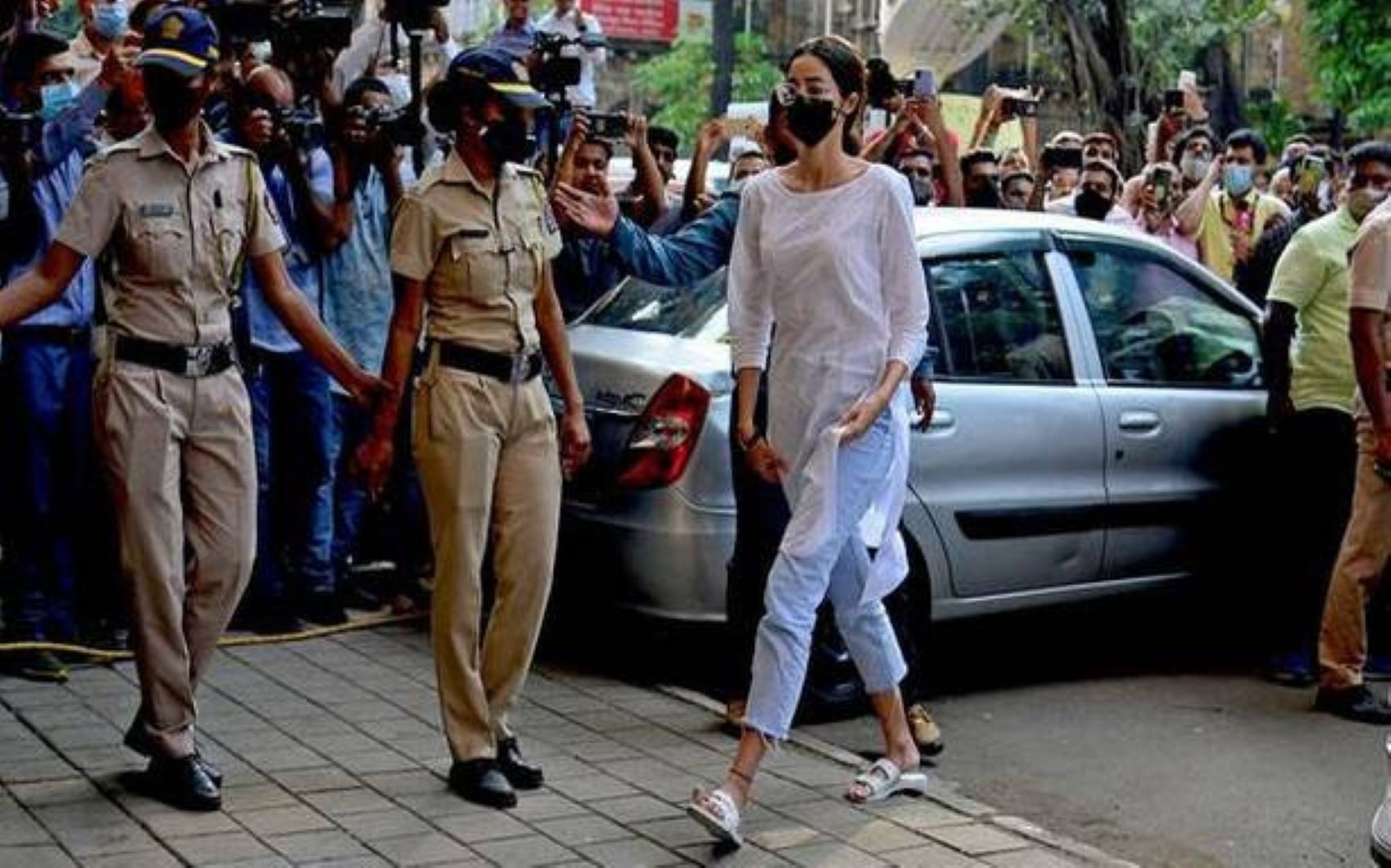