Lakhimpur Kheri | The Supreme Court wants the U.P. to dispel the impression of “shuffling”

Daily NEWS Summary | 20-10-2021; On Wednesday, the Supreme Court fought to dispel the impression that the Uttar Pradesh government is “dragging its feet” in the Lakhimpur Kheri case in which the son of a Union minister is accused of having killed protesting farmers.

A three-judge panel, led by Chief Justice of India NV Ramana, found from a situation report presented by the government minutes before the hearing that only four of the 44 witnesses to the brutal incident so far have made their statements to the judicial magistrate.

The incident, which allegedly involved the convoy of the Union Minister of State for the Interior, Ajay Mishra Teni, occurred on October 3. It can be used to support the prosecution of the accused. Any delay in recording statements under article 164 of the CrPC creates a margin of influence over witnesses.

UP attorney Harish Salve said he was told the delay was due to the Dussehra vacation. The courts had been closed for the festival. “What is the connection between the holidays in Dussehra and the criminal courts?” Chief Justice Ramana responded.

Judge Surya Kant said: “Why were the statements of only four witnesses out of the 44 recorded? Is his special investigation team the best person to find out who may be harassed? “

The state attorney general, Garima Parshad, said the police wasted no time and, in the meantime, had “reconstructed the crime scene.”

Chief Justice Ramana addressed Parshad: “Reconstruction of crime is different from recording witness statements under article 164 of the CrPC. Our question is why haven’t they taken all this time?

Judge Hima Kohli, on the bench, told the state “we think you are dragging your feet … Please dispel the impression.” Chief Justice Ramana told Salve: “Please tell them to start with the section 164 statements …”

The lead attorney urged the court to postpone the case until next week. He promised that things would clear up by then. He said that at the last hearing on October 8, the court expressed doubts as to whether the state “had relaxed” with the defendants.

How many defendants have been arrested? CJI asked. Salve said ten had been arrested in the case of the farmers’ deaths. He pointed out that there were two crimes involved. One concerned the crushing of farmers and the other the lynching of three people in the violence that followed. He argued that the second incident was “more difficult to investigate” because it involved an involved mob.

The court noted that the case had to fork. The judiciary, which had heard suo motu of the events in Lakhimpur Kheri, said it would focus first on the deaths of farmers.

“How many of the 10 defendants in this case are in police custody?” CJI asked. When Salve said that four of them were in custody, the court asked about the other six defendants. Parshad reported that they had been “previously in police custody” and later taken into custody.

At this point, Judge Kant asked if the police had even advocated for an extension of the six people in police custody before the magistrate. He said, “There are two ways. One, the police insist on extending their custody, but the court refuses and sends them into custody. Second, the police do not insist and the court has no alternative but to take them into custody… What happened here? he asked Salve and Parshad.

Parshad noted that the state had requested and obtained three days in police custody for the accused. His statements were recorded. In addition, there were “more than 70 videos” of the incident in question. Therefore, it was not necessary to continue with the custody and questioning of the accused.

“They [the defendants] should not change their story later,” the CJI expressed the House’s skepticism about the state’s confidence. The court finally adjourned the hearing until October 26, giving U.P. to provide more information about your research.

Daily NEWS Summary | 20-10-2021; Uttar Pradesh police prevented Congress Leader Priyanka Gandhi Vadra from traveling to Agra to meet the relatives of a man who died in custody and was then taken to police lines on Wednesday. The police said the Congress general secretary was stopped at the Lucknow-Agra expressway as the Agra district magistrate had requested not to allow any political personality to go there following the man’s death.

A congress spokesperson had claimed that Priyanka Gandhi was arrested on her way to Agra to meet the relatives of the sanitation worker who died in police custody.

To a question from reporters in Kushinagar about the arrest of Priyanka Gandhi on her way to Agra, Prime Minister of Uttar Pradesh Yogi Adityanath said earlier today: “Law and order are supreme and no one will be able to play with him. As they took her to the police lines, Priyanka Gandhi told reporters that she would definitely go to Agra.

The congress spokesperson alleged that Priyanka Gandhi was forced to stop on the freeway for about two hours and then detained. A similar clash occurred earlier this month when Uttar Pradesh police prevented the Congress leader from visiting the families of murdered farmers at Lakhimpur Kheri.

She was remanded in custody for more than 48 hours before being allowed to visit families with Rahul Gandhi and other congressional leaders.

Daily NEWS Summary | 20-10-2021; Actor Shah Rukh Khan’s son Aryan Khan was transferred to the Bombay High Court after a special court under the Narcotics and Psychotropic Substances Act (NDPS) dismissed his bail in the case of drug trafficking on a cruise ship on October 2.

Aryan Khan’s appeal (23) to the High Court is expected to be heard on Thursday. Khan, who is being held in Arthur Road Prison, was arrested on October 3 by the Bureau of Narcotics Control (NCB) after the raid on the cruise ship.

Special Judge V.V. Patil also rejected bail statements of Arbaaz Merchant, 26, and Munmun Dhamecha, 39, arrested with him. Khan had applied for bail through senior lawyer Amit Desai on the grounds that the contraband possession found on him had not been recovered.

On October 2, the agency seized 13 grams of cocaine, five grams of MD (mephedrone), 21 grams of charas, 22 MDMA (ecstasy) pills and 1.33,000 in cash at the Mumbai International Cruise Terminal.

Daily NEWS Summary | 20-10-2021; On Wednesday, the BJP appeared open to an alliance with the yet-to-be formed political party of former Punjabi chief minister Captain (retired) Amarinder Singh, a day after the latter made a proposal. BJP general secretary and party leader in the Punjab, Dushyant Gautam, said Captain Singh was a “patriot” and the BJP was ready to join forces with “nationalist forces”.

On Tuesday, Captain Singh said he would announce his own political party soon and hoped for a seat deal with the BJP if the farmers’ issue was resolved in their best interests.

On his condition of solving the farmers’ problems, Gautam noted that Captain Singh had not spoken of ending the agitation of the farmers. High-level party sources have revealed that a move towards resolving the long-standing agitation by farmers against the three controversial farm laws can be anticipated. Interestingly, Captain Singh had met with Union Home Secretary Amit Shah and National Security Advisor Ajit Doval after his resignation as chief minister. At the time, he reportedly spoke about security concerns in the border state after the Taliban took control of Afghanistan.

Daily NEWS Summary | 20-10-2021; The Supreme Court’s decision to switch from virtual hearings to physical hearings twice a week became a hotspot of debate on the first day of the court reopening after Dasara’s recess on October 20, 2021.

Several senior lawyers from all walks of life, including Senior Counsel Kapil Sibal and Attorney General Tushar Mehta, have urged Chief Justice of India N.V. Ramana not to make physical hearings mandatory. Sibal said that physical auditions should not become a “hard rule.”

The lead attorney said that some cases have files of 50 to 60 volumes and that allowing only one reporting attorney inside the courtroom would affect the proper legal representation of the case.

Under the amended SOP, attorneys have the option of going physical or virtual on Tuesday. The Chief Justice said that some of his colleagues still had reservations about physical hearings.

Sibal said several superior courts continued to hold hybrid hearings. He said more thought should be given to physical hearings and that any positive action in this regard should be postponed until after Deepavali.

Fully vaccinated travelers, coming from a country with which India has reciprocal agreements for mutual acceptance of the WHO-approved COVID-19 vaccines, will be able to leave the airport and will not need to undergo home quarantine and testing starting on 25th of October, as reviewed guidelines for international arrivals released Wednesday. However, they will have to produce a negative COVID-19 RT-PCR report. 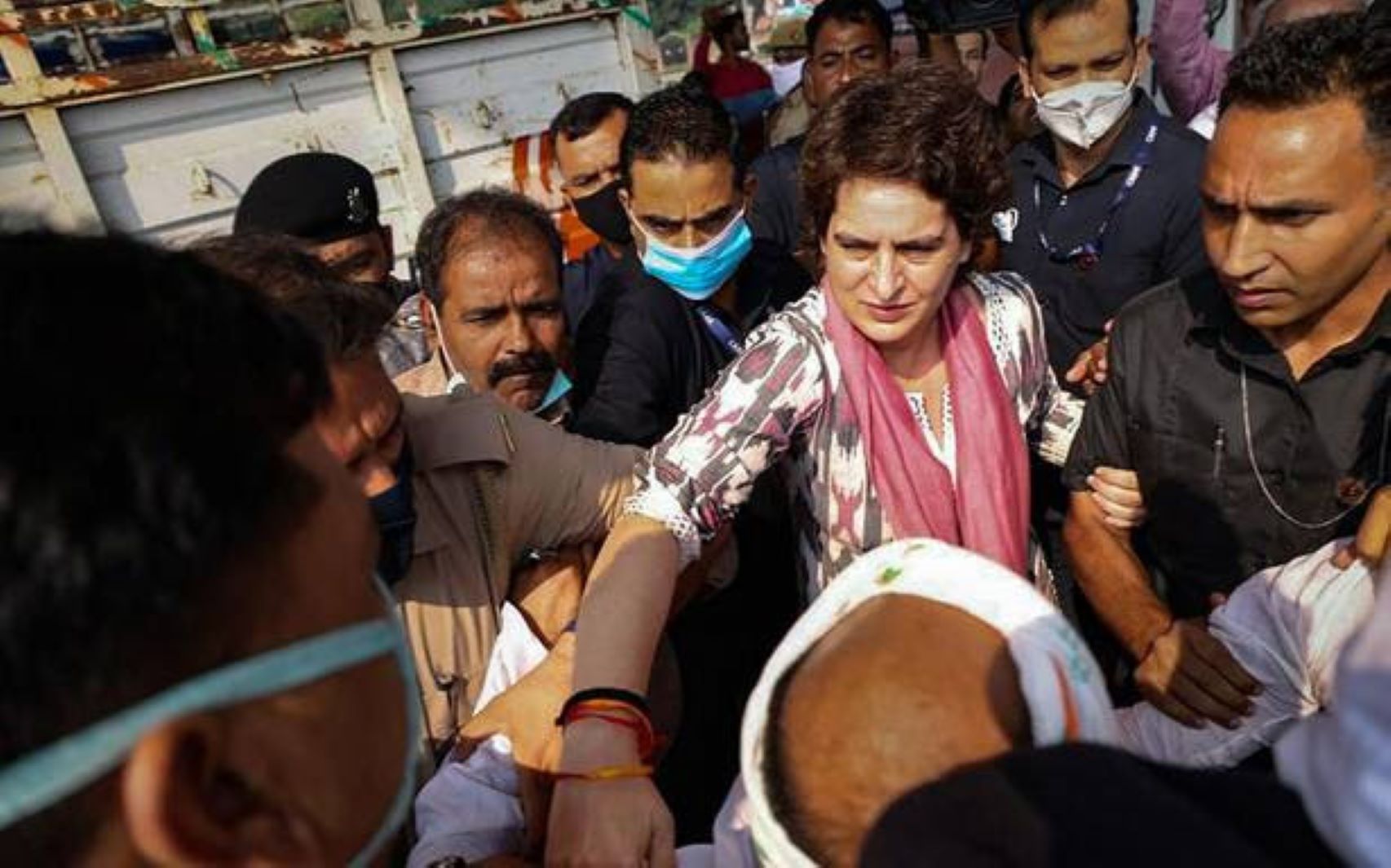