Daily NEWS Summary | 19-10-2021; Photographs of a meeting between Union Agriculture Minister Narendra Tomar and Baba Aman Singh, leader of the “Nihang” sect, whose members confessed to having killed a young man on the border from Singhu to Sonipat ( Haryana), caused a sensation in political circles.

However, the Agriculture Ministry made it clear that the meeting held in July this year was not an official meeting and took place at the residence of the Minister of State for Agriculture, Kailash Choudhary.

Photographs from the meeting show Tomar, Choudhary, Gurmeet Singh Pinki, a Punjabi police officer who was dismissed from service and convicted of murder, and Baba Aman Singh together.

Samyukt Kisan Morcha, the umbrella body for farmers’ unions leading the ongoing farmer protests, also highlighted the plot angle. In a statement, SKM said that in the context of the latest “photo collection,” the “Singhu border murder” appears to be imbued with a plot to distract from the “Lakhimpur Kheri ” incident and which requires further investigation.

The incessant rain kills 11 more in Uttarakhand; Nainital isolated from the rest of the state

Daily NEWS Summary | 19-10-2021; Eleven more deaths were reported in Uttarakhand as relentless rains continued to hit various parts of the state, particularly the Kumaon region, razing houses and leaving scores trapped in the rubble. That brings the number of rain-related incidents in Uttarakhand to 16, with five deaths.

Nainital has been cut off from the rest of the state, with three roads leading to the popular tourist spot blocked due to a series of landslides.

Chief Minister Pushkar Singh Dhami told that three army helicopters will arrive soon to help with ongoing relief and rescue operations in the state. Two of these helicopters will be sent to Nainital and one to the Garhwal area to rescue people stranded at different locations, he said. The CM, however, asked people not to panic, saying all necessary steps were being taken to evacuate them to safety.

He also reiterated his call for Chardham yatris to stay where they are and not to resume their travels until the weather improves. The damage caused by the rains is being assessed, Dhami said, admitting that farmers had been hit hard by the relentless rains.

He also said that Prime Minister Narendra Modi had spoken with him by phone to take stock of the situation and assured him of all the necessary assistance. The road from the mall to Nainital and the Naina Devi temple located along the shores of Naini Lake were flooded, while a shelter was damaged due to landslides.

Landslides blocked exits from the city. Around 100 people were stranded at the Lemon Tree complex on the Ramnagar-Ranikhet road, with water from the swollen Kosi River pouring into the complex.

Daily NEWS Summary | 19-10-2021; A good number of COVID-19 vaccine recipients have not received their second dose and states have been urged to focus on this, Union Health Secretary Rajesh Bhushan said.

He reviewed immunization progress with senior state and Union Territory (UT) health officials earlier this week. The country launched the vaccination program on January 16. Bhushan noted that the nation was on the verge of administering a billion doses.

Many states had adequate doses to immunize those waiting for the second dose. “The central government can provide additional doses of vaccines to the states / UT so that they can complete the second dose of immunization. We must also improve the dynamics of the vaccination campaign ”, he emphasized.

The Health Ministry said that the government has advised states and UTs to identify and prioritize districts with low coverage for specific actions and explore the demands of mobilization efforts, address local challenges, investigate the need for COVID-vaccination centers. 19 additional and improve rural access. They were also asked to share their strategies for improving second dose coverage.

The ministry said it was now reviewing the guidelines for international travel in consultation with all stakeholders, including the Interior Ministry, the Immigration Office, the Civil Aviation Ministry and the Department of Foreign Affairs. States and UT were invited to share their suggestions or comments.

Architect Central Vista can be used by A.P. for the expansion of three cities

Daily NEWS Summary | 19-10-2021; The Andhra Pradesh government is likely to turn to the architect of Central Vista in New Delhi, Bimal Patel, to distribute it in three cities of government offices and assembly buildings, with the executive branch located in the port city of Visakhapatnam.

Patel, a leading architect, particularly in the public buildings and projects space, is the man behind the Vista Central project that redesigns the Parliament building and much of the central ministries offices. He had designed the Ahmedabad Waterfront Project and is currently involved in the redevelopment of the Sabarmati Ashram, which was established by Mahatma Gandhi.

The capital of Andhra Pradesh had previously been defined as Amaravati and a large land acquisition had been carried out through land pooling. However, the election of Jagan Mohan Reddy as prime minister in 2019 prompted a change of plan and a multitude of legal challenges and counter appeals, including one on the new government’s plan to divide the capital into three zones.

On the question of why Visakhapatnam was chosen by the Jagan Mohan Reddy government as the site of a new capital, a senior YSRCP official said the city had “both an airport and a seaport, large public sector companies and potential to become a metropolis. “

Law Students Worth A Lesson On The Length Of A Civil Case, Says Supreme Court

Daily NEWS Summary | 19-10-2021; The Supreme Court approved a hotly contested five-round dispute dating back half a century over a debt of 3,000. “We want this to be the elimination round,” said Judge V. Ramasubramanian, who wrote the sentence for a magistracy headed by Judge Hemant Gupta, expressed the fervent hope of the Supreme Court in the first paragraph of the 22-page verdict.

The court compared the litigants’ habit of bouncing off every failed turn to King Vikramaditya’s tireless quest to capture the ghost, Betal. “In order not to be discouraged by repeated failures, the appellants in this case, such as the indefatigable Vikramaditya, who repeatedly tried to capture Betal, began the current round and, hopefully, the final round,” Judge Ramasubranian observed as he plotted the labyrinthine story of the case.

The dispute dates back to 1971 between Rama Rani Devi and Sasadhar Biswas at the Munsif court in West Bengal. The subject of their dispute was the 3,000 Biswas owed to Devi. In 1974, the Munsif ordered Biswas to pay Devi the amount in six equal installments.

However, Munsif’s decree was not respected. Devi requested enforcement of the decree by seizing and selling 7,450 square feet. belonging to Biswas to pay off his debt. The civil court accepted. However, Biswas contested the proclamation of the sale of the land by the civil court, alleging that there was “material irregularity and fraud.” But his challenge was rejected in 1975.

In 1979 an auction was held. Two brothers, Sachindra Nath Mukherjee and Dulal Kanti Mukherjee, became the highest bidder. They filed 5,500, the highest bid amount, in court.

Biswas, in July 1980, reached a compromise with the brothers, who agreed to revoke the auction as long as he paid them “in full” by December 1980. Biswas deposited 3,700 but the brothers had paid 5,500 at the auction. The brothers and Biswas quarreled. The first went to court against Biswas. After several twists and turns, the litigation reached the Supreme Court in 1992 and was dismissed against Biswas.

Judge Ramasubramanian said the dispute was “out of gunpowder” in this first round. But the litigants did not intend to stop. The second round began with a lawsuit to declare the auction void. However, this effort was later aborted.

The third round focused on the issuance of the certificate of sale. This ended in 2001. The fourth round soon followed when the auction buyers applied to the civil court for possession of the land. This round lasted until 2006, until the Supreme Court dismissed a petition for review challenging the surrender of the property.

But it appears that the litigants were not in the mood to give up. In the fifth and current round, members of the Biswas family referred to the “ghost” of “jurisdictional error” to avoid ceding ownership to the Mukherjees. It had been more than four decades since the Mukherjee brothers had paid 5,500 for the property at the auction held in 1979.

Dismissing the Biswas family’s appeal, the court noted that they had “used up almost all available supplies” to stop delivery of the auctioned property. As a farewell, Judge Ramasubramanian suggested that the case be included in the law school curriculum as study material so that students know how long a case could drag on with litigants battling bec and nails to avoid the execution of a decree in a civil case. . 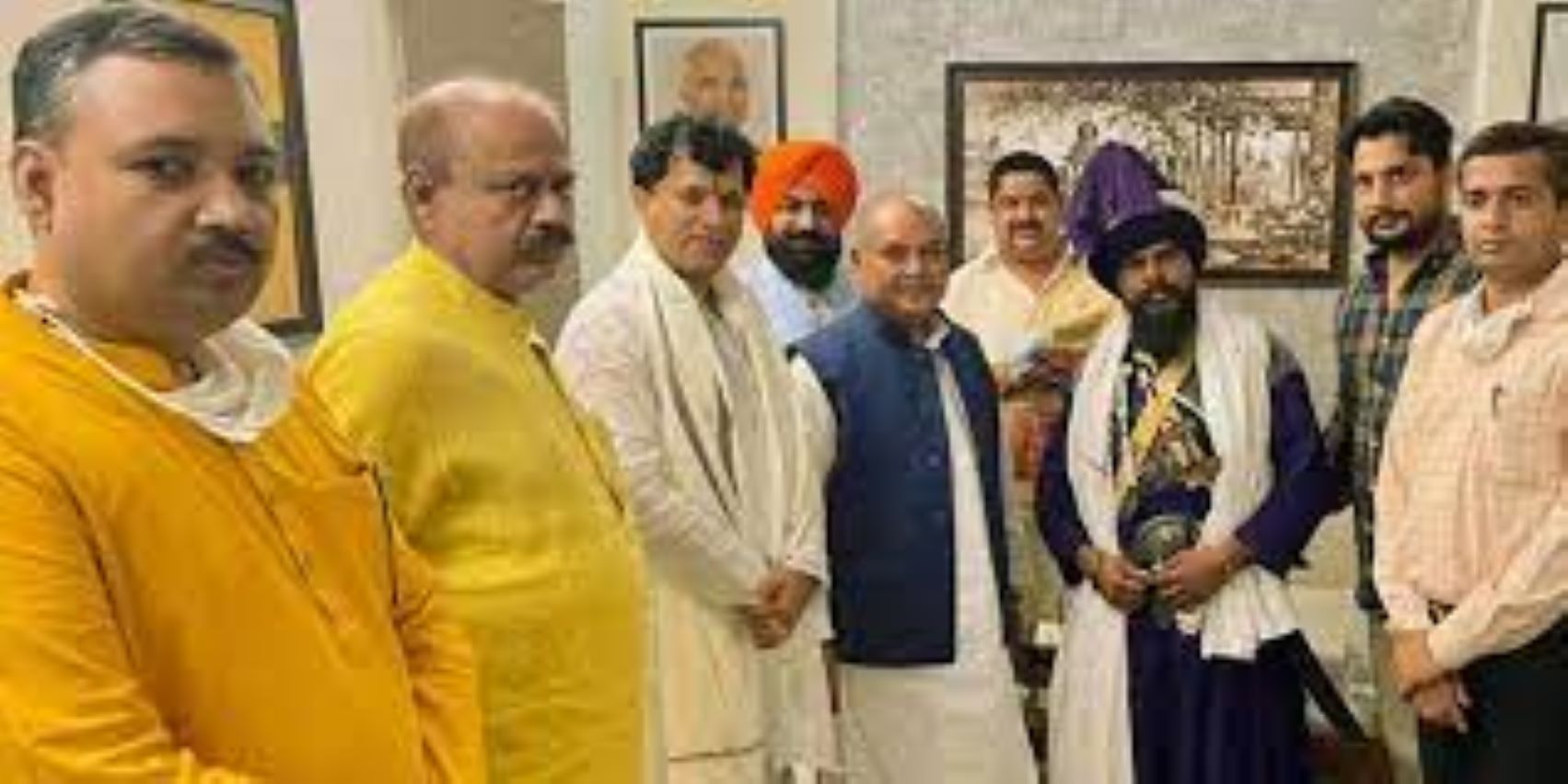