Daily NEWS Summary | 15-10-2021; An unidentified man was found dead with his wrist severed and his body tied to a police barricade near the Singhu border farmers’ protest site in Sonipat, Haryana.

Police said a first informative report had been filed against unidentified men in this regard. Hansraj, Deputy Superintendent of Police, Detective Department, Sonipat, told reporters that a policeman found the body tied to the barricade around 5 a.m. for an underwear.

However, a video that has emerged shows a group of Nihang standing next to the man as he lies on the ground, deeply shocked and in pain, with his wrist severed and bleeding profusely, leading to suspicions that the murder could be related. with an incident of blasphemy. The surrounding Nihangs could be heard asking his name and his hometown, but none came close to helping him.

The Samyukt Kisan Morcha (SKM) condemned the murder and maiming of the man. In a statement issued after an emergency meeting of agricultural union leaders, SKM said that “a group from Nihang present at the scene claimed responsibility for the incident, saying that the incident had taken place due to the deceased’s attempt to commit a crime. sacrilege regarding the Sarbaloh Granth. “

SKM added that this deceased was reported to have remained with the same Nihangs group for some time. SKM identified the deceased as Lakhbir Singh, son of Darshan Singh, from Cheema Kala village in Tarn Taran district, part of the Sarai Amanat Khan Police Station.

The SKM added that while it is against the sacrilege of any religious text or symbol, it does not give anyone the right to do justice for themselves. The agricultural union group demanded that the culprits be punished in accordance with the law after investigating allegations of murder and conspiracy behind the sacrilege. SKM leaders said they would cooperate with the police and administration in any legal action.

SAD and AAP denounced the Center’s decision to increase the powers of BSF, calling it an attack on federalism

Daily NEWS Summary | 15-10-2021; Home Ministry’s decision to strengthen the powers of the Border Security Force (BSF) to “stop, search and seize” within a 50 km radius of the international border in Punjab has caused quite a stir among political parties in Punjab.

Shiromani Akali Dal (SAD) accused the Center of challenging the rights of Punjab and the Aam Aadmi Party (AAP) called it a direct attack on the country’s federal structure.

SAD leaders and workers held a protest near the governor’s house on Thursday against the decision. SAD Chairman Sukhbir Singh Badal claimed that the BJP and Congress had colluded to hatch the anti-Punjab plot.

Badal said this is the second time the Center has infringed on state rights in quick succession. “The Center discriminated against farmers in the state by introducing the three farm laws. Now, it effectively takes control of public order in more than half the state by extending the jurisdiction of the BSF, ”he observed.

He called the decision an attack on the federal structure of the state. “SAD will fight to correct this error while we defend a true federal structure. He accused the chief minister, Charanjit Singh Channi, of selling out state and government interests by failing to effectively oppose the new measure, which was reprehensible.

AAP opposition leader Harpal Singh Cheema stressed that Channi should convene an all-party meeting on the BSF issue and convene a delegation to meet with central government officials. He called for an extraordinary session of the Assembly to condemn and pass a resolution calling for a reversal of the decision.

The BJP government had created an unannounced emergency. “Also previously, the Union government had enacted agricultural laws without the consent of the states on the issue of agriculture under its jurisdiction, thus depriving them of their rights,” Cheema added in a statement.

Daily NEWS Summary | 15-10-2021; The CPI (Maoist) suffered a major setback when one of its top leaders and central committee member Akkiraju Hargopal alias Ramakrishna alias RK died in the forests of South Bastar on 14 October.

Confirming the death of one of its members Akkiraju Hara Gopal alias Ramakrishna (RK), the Central Committee of the CPI (Maoist) announced on Friday that he passed away around 6 a.m. October 14.

Despite extending “good medical treatment” he could not save himself, he said. Tributes were paid to him by performing his final rites in the presence of revolutionary cadres, he said, describing his death as an irreparable loss for the party.

RK, who joined the Maoist movement in the late 1970s as part of the Kondapalli Seetha Ramaiah PWG (People’s War Group), was the senior adviser to the organization’s Andhra Odisha Border Zone Special Committee (AOBSZC) . He had also led the peace talks during the time of Andhra Pradesh Chief Minister Y.S. Rajasekhar Reddy in September 2004. The Maoist leader was from Guntur district in Andhra Pradesh.

He played a central role in strengthening the PCI (Maoist) base on the Andhra-Odisha (AOB) border in various positions during his long underground life spanning three to four decades. His son Prithviraj alias Munna was killed in a major “shootout” with the police in Ramaguda, in the AOB zone, in 2016.

Daily NEWS Summary | 15-10-2021; Some Hindu temples in Bangladesh were vandalized by unidentified criminals during Durga Puja celebrations, prompting the government to deploy paramilitary forces to 22 districts after four people were killed and many more injured in riots , media reported on Thursday, October 14, 2021.

According to media reports, three people were killed on Wednesday in clashes between Muslim fanatics and police in the Hajiganj sub-district of Chandpur, on the Cumilla border, while the fourth succumbed to her injuries later.

Authorities enforced the ban on protests in Haziganj, where authorities confirmed the shooting deaths of four people, adding that two others were seriously injured in the clashes.

Police said a few of their officers were injured when crowds attacked them and destroyed their cars and those of local administrators.

However, they did not explain whether the casualties were caused by the actions of the police, but media reported that the police opened fire on a crowd of more than 500 people. Officials said police were alerted to an alleged blasphemy incident at a lodge in Durga Puja in Cumilla, about 100 km from here, after which an investigation was launched.

However, violence erupted when fans attacked temples in parts of Cumilla, near Haziganj, the northwestern coastal sub-districts of Hatia and Banskhali, while social media was mainly used to stoke tensions. community.

Hindu religious leaders have called the violence a plot to disrupt Durga Puja celebrations and demanded action against fanatics and protection of Hindu temples and settlements.

Police say they have so far detained 43 people in connection with the violence. People who posted the first video at Cumilla Puja on social media were also in custody.

The secretary general of the Awami League and Minister of Road Transport, Obaidul Qader, said that “fanatic elements” had organized attacks on Hindu temples in 10 to 12 places with a political motive. “But our government led by (Prime Minister) Sheikh Hasina will not allow them to continue their evil plan,” he told reporters visiting a Puja pavilion at the Ramkrishna mission here.

The Ministry of Religious Affairs issued an emergency notice, urging members of the public not to take justice for themselves, while reiterating calls to maintain community harmony and peace, he said. Bangladesh Prime Minister Sheikh Hasina has vowed that the culprits will be brought to justice.

Hindus make up about 10% of the predominantly Muslim population of 169 million in Bangladesh. In recent years, there have been reports of sporadic violence, mainly triggered by rumors spread on social media.

One dead, 16 injured after vehicle crashed into religious procession in Chhattisgarh

Daily NEWS Summary | 15-10-2021; One person was killed and 16 others injured when a pickup truck struck a religious procession in Pathalgaon in the Jashpur district of Chhattisgarh on Friday afternoon, police said.

The incident occurred when residents of the town of Bazarpara carried out a procession for the immersion of the idols of Goddess Durga, an official said. The deceased has been identified as Gaurav Agrawal (21).

Two occupants of the vehicle, Bablu Vishwakarma (21) and Shishupal Sahu (26), from Singrauli in neighboring Madhya Pradesh, were later arrested outside the city when the vehicle itself was on fire, he stated.

The locals claimed that the two were trafficking marijuana and that they themselves set the van on fire to destroy the evidence while pursuing them. Tensions reigned in the city and large numbers of people gathered outside the Pathalgaon Police Station.

Calling the incident “sad and heartbreaking”, Chief Minister Bhupesh Baghel said the defendants were immediately arrested and that action was also taken against some police officers who were prima facie guilty.

Over 30 killed in suicide bombing against Shiite mosque in Kandahar

The attack came just a week after a suicide bombing against Shiite worshipers at a mosque in the northern city of Kunduz, claimed by the Islamic State group. There has not been a

Last Friday, a suicide bomber from the Islamic State-Khorasan (IS-K) attacked a Shiite mosque in Kunduz, killing dozens of people. The group, a staunch rival of the Sunni Islamist Taliban movement, has claimed responsibility for the attacks on Shiite worshipers, whom it considers heretics. 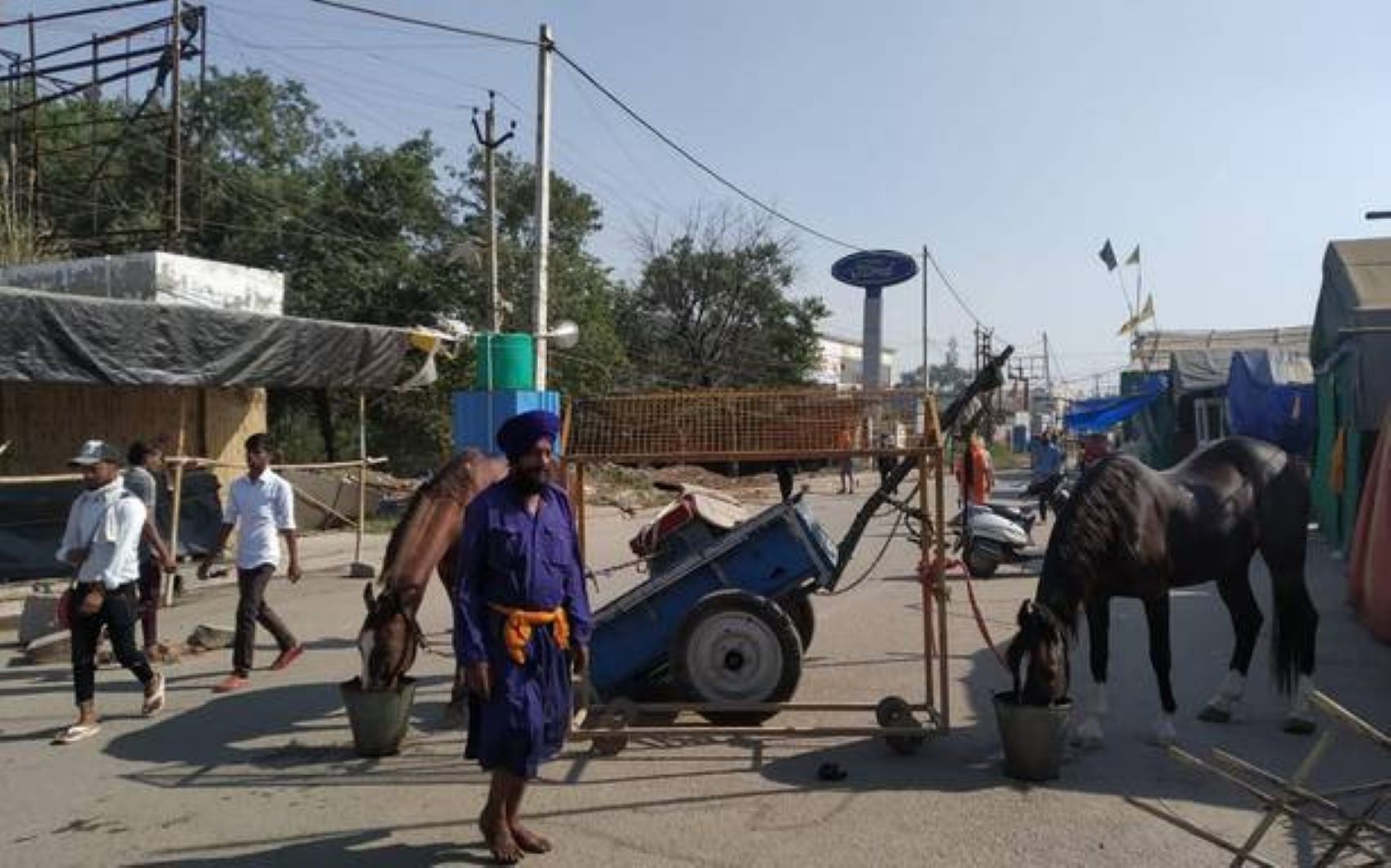