The pre-trial detention was granted by Chief Judge Chintaram, on the condition that Ashish Mishra was not harassed and his lawyer remained present during questioning. Earlier, a court had sent Ashish Mishra to a 14-day judicial detention.

Meanwhile, Samyukt Kisan Morcha’s (SKM) deadline for his demands for the removal and arrest of the Interior Minister of State Ajay Mishra for his alleged involvement in the deaths of farmers in Lakhimpur Kheri expired on Monday. As hundreds of farmers flock to the area for the last rites of the victims on Tuesday, protest unions plan to escalate unrest, including kalash yatra, rail roko and a mass demonstration in Lucknow later this month.

The minister’s son, Ashish Mishra, was arrested over the weekend and detained for three days on Monday, but no action has been taken against the minister himself.

The SKM accused the minister of seeking to promote enmity, hatred and discord against Sikh minorities in the Terai region in a speech on September 25.

Five members of the Army, including JCO, killed in the Poonch encounter

Daily NEWS Summary | 11-10-2021; Five members of the army, including a junior officer (JCO), who were “seriously” injured in an ongoing encounter at Poonch in the Pir Panjal valley, succumbed to their injuries.

The army spokesman said all the seriously injured were evacuated to a nearby medical center, but succumbed to their injuries. “Based on information provided by intelligence services, the Indian army launched a cordon and search operation on Monday in the villages near DKG (Dera Ki Gali) in the Surankote district of Poonch. In the shooting that followed, one JCO and four jaws were seriously injured, ”said Jammu Army spokesman Lt. Col. Devender Anand.

The anti-militant operation in Surankote, which falls in the border district with a long line of control with Pakistani Kashmir, is still ongoing. Preliminary reports suggest that three or four activists may be hiding in the area.

It is a kind of “ghar wapasi” (homecoming) for Yashpal Arya, who had served as chairman of the Uttarakhand Pradesh congressional committee for seven years before joining the BJP. A prominent face of the Dalits in the state, he has been a deputy to Parliament six times.

LAC negotiates a deadlock: “constructive suggestions” have been made, according to India, “unreasonable demands” according to China

The thirteenth round of talks between India and China between the military commanders ended in a stalemate, with the two sides holding each other accountable. The army in a statement said that the Indian side had made “constructive suggestions” to resolve the “remaining areas”, while the Chinese army in a statement said that India had made “unreasonable and unrealistic demands”.

India and China held the thirteenth round of talks with the corps commander on Sunday in Moldo on the Chinese side with a focus on developing the third phase of disengagement from Patrol Point 15 in Hot Springs as part of the global disengagement and de-escalation along the Line of Real Control (LAC). The conversations began around 10:30 a.m. in Moldo and ended around 7:00 p.m., a defense official said.

The Chinese military’s statement on Sunday night did not come from the Chinese Defense Ministry in Beijing, as it did in some of the previous rounds, but from the PLA Western Theater Command in Chengdu, which, in recent rounds, seems to have taken responsibility. to make statements on the situation in LAC, which some observers consider that Beijing attaches less importance to the slowness of the negotiations.

The PLA statement did not suggest any agreement reached on delisting or on new protocols. PLA Senior Colonel Long Shaohua, spokesman for Western Theater Command, said that “China has made great efforts to promote the relief and cooling of the border situation and has fully demonstrated its sincerity to maintain the general state of relations between the two armies. . “

The PLA’s comment on India’s “unrealistic demands” contrasts sharply with India’s take on the LAC crisis, which began in April 2020 when the PLA rallied thousands of people. soldiers across the ALC, committed multiple transgressions in eastern Ladakh and ignored many previously agreed upon. border agreements to keep the peace.

While the negotiations have led to a disengagement in some areas, thousands of PLA soldiers remain in the advanced areas.

The National Green Court does not need to wait for “Godot” to save the environment: Supreme Court

Daily NEWS Summary | 11-10-2021; Supreme Court has declared that the National Green Tribunal (NGT) is a “one-stop” forum with suo motu powers to deal with environmental issues across the country.

The court said that NGT did not need to wait for the “metaphorical Godot” to hit its portal to flex its sizable muscles in order to save the environment. “The exercise of power by NGT is not limited to receiving requests. When significant environmental issues arise and the issue is civil and law-related in nature, in our opinion, the NGT, even in the absence of demand, may initiate actions on its own either to improve or prevent damage. , ”A panel of three judges AM Khanwilkar, Hrishikesh Roy and C.T. Ravikumar held a trial.

Judge Roy, author of the 77-page judgment for the court, dismissed objections from the Center, legal experts and even the tribunal’s own amicus curiae, who argued against the suo motu-vested NGT.

The court, speaking through Justice Roy, explained that the NGT’s role was not simply adjudicative in nature. The Court must perform equally vital functions which were of a preventive, palliative or corrective nature. “The functional capacity of the NGT was aimed at harnessing broad powers to do full justice to its environmental mandate,” Judge Roy observed.

The decision described the NGT “as a complementary, competent and specialized forum to deal with all multidisciplinary environmental issues, both as the originating authority and as an appeal, complex issues which until now were dealt with by the superior courts and the Supreme Court ”.

The NGT embodied India’s international obligation to the environment. “The NGT has been recognized as one of the most progressive courts in the world. This jurisprudential leap has enabled our country to join a fairly exclusive group of nations which have set up such institutions endowed with broad powers, ”said Judge Roy.

The legislative history of the NGT has mapped out its purpose to address the concerns of society. As a result, the legislature has given it ample latitude to design its own procedure for reviewing oral and documentary evidence. No rule prevented the good work that the Tribunal was intended to do. “Unlike civil courts, which cannot go beyond the remedy sought by the parties, the NGT has the power to shape any remedy,” the tribunal said.

Daily NEWS Summary | 11-10-2021; A US-based economist won the Nobel Prize in Economics for pioneering research that showed that an increase in the minimum wage did not lead to lower hiring and that immigrants did not pay native workers less, handing over involved current ideas. Two others shared the prize for creating a way to study these kinds of social issues.

Canadian David Card from the University of California at Berkeley received half of the award for his research on the impact of the minimum wage, immigration and education on the job market, while the other half was shared by Joshua Angrist of the Institute of Technology from Massachusetts and to the Dutch Guido Imbens of Stanford University for their framework for studying problems that cannot be based on traditional scientific methods.

The Royal Swedish Academy of Sciences said that all three had “completely reshaped empirical work in economics.”

“Card’s studies on fundamental social issues and the methodological contributions of Angrist and Imbens have shown that natural experiments are a rich source of knowledge,” said Peter Fredriksson, chairman of the Committee on Economics. “Your research of him has dramatically improved our ability to answer key causal questions, which has been of great benefit to society. “

Unlike previous studies, he and his late research partner Alan Krueger found that an increase in the minimum wage had no effect on the number of employees. Card then worked more on the matter. Overall, the work concluded that the negative effects of raising the minimum wage are small and significantly lower than was believed 30 years ago, the Nobel committee said.

Card also found that the income of those born in a country can benefit new immigrants, while immigrants who arrived earlier are the ones who can be negatively affected.

Angrist and Imbens won their half of the award for solving methodological problems that allow economists to draw strong conclusions about cause and effect even when they cannot conduct studies according to strict scientific methods.

Speaking on the phone from his Massachusetts home, Imbens told reporters that he was asleep when the call came. “I was absolutely amazed to get a phone call,” he said. “And then I was very excited to hear the news, a special kind of audience that I was able to share with Josh Angrist and David Card, who were very good friends.”

The award is accompanied by a gold medal and SEK 10 million (more than $ 1.14 million). Unlike other Nobel laureates, the economics prize was not established in Alfred Nobel’s will but by the Swedish central bank in memory of him in 1968, and the first prize was selected a year later. This is the last price announced each year. 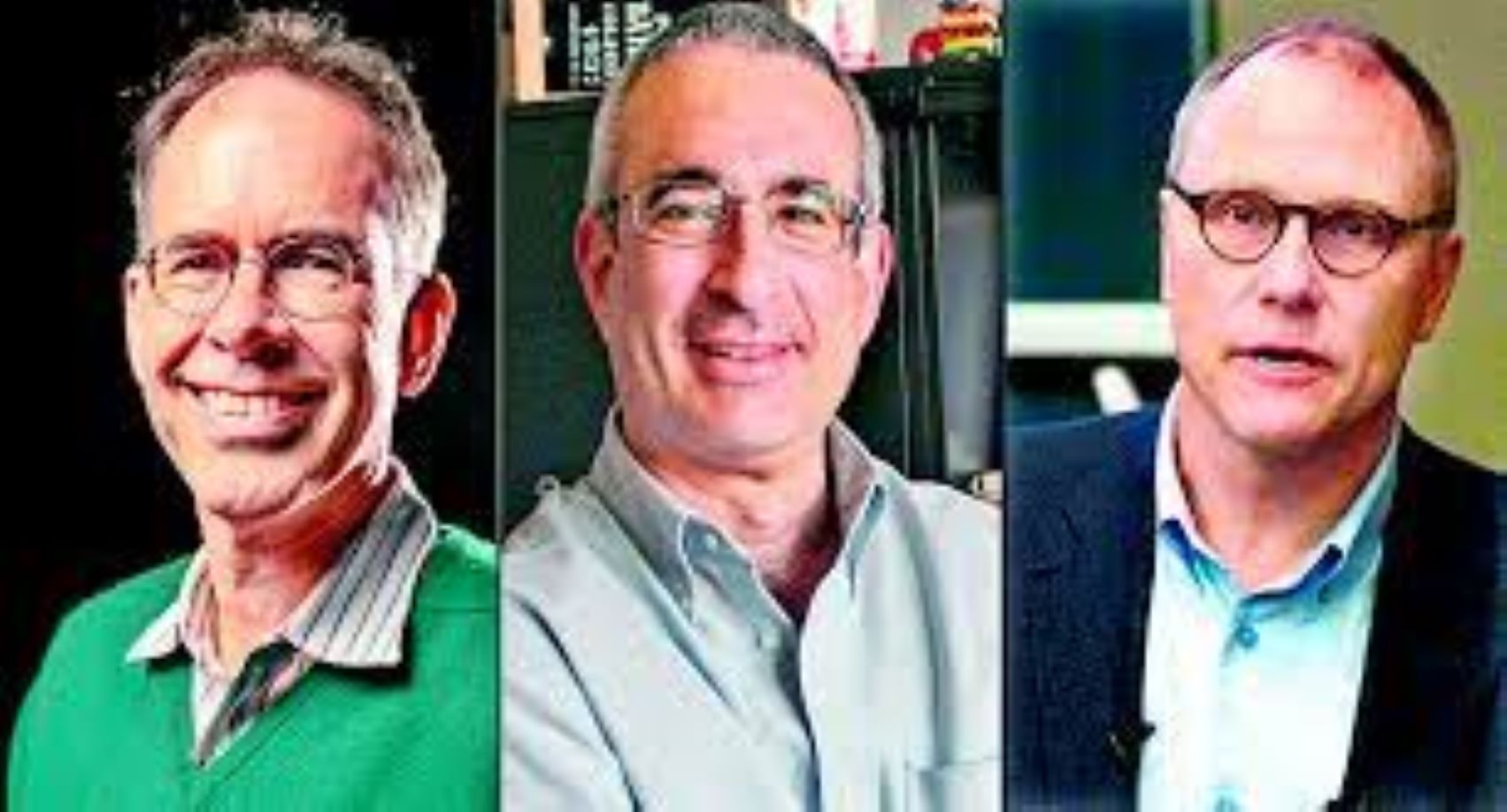