Violence in Lakhimpur Kheri | Who are the accused, if they have been arrested, SC asks U.P.

Daily NEWS Summary | 07-10-2021; On Thursday, the Supreme Court gave the government of Uttar Pradesh 24 hours to present a situation report identifying the defendants in the First Information Report (FIR) recorded on Lakhimpur Kheri’s violence and whether or not they were arrested.

Instilling a sense of urgency in the state government, a court led by the Indian chief justice ordered the state to provide immediate medical attention to the mother of a 19-year-old man who was among those killed in the incident.

“Hearing this case now, we receive a message that the mother of one of the deceased is in shock over the loss of her son and needs immediate medical attention… We want to be admitted to the nearest place hospital, ”the court turned to Uttar Pradesh additional attorney general Garima Prashad for the state.

Prashad said it would be done immediately and called the Lakhimpur Kheri incident “extreme, unfortunate”.

“We also feel the same,” Chief Justice N.V. Ramana said. “But we want to know who the defendants are in the FIR and whether or not they have been arrested,” Judge Surya Kant told the Uttar Pradesh government on the bench.

Chief Justice Ramana said the situation report should contain details of the eight people killed in the incident. Reports said four of those killed were farmers killed by a vehicle in the convoy of Union Minister of State for Home Affairs and BJP MP Ajay Kumar Mishra.

Prashad said the state government has set up a special investigative team and a judicial inquiry has been opened. An FIR had been registered and the investigation was ongoing.

“But the complaint here is that their investigation is not adequate,” CJI said. The chief judge was referring to a letter written by two lawyers, defenders Shivkumar Tripathi and C.S. Panda, on the basis of which the court learned of the Lakhimpur Kheri case.

Prashad said the state will try to present the situation report before Thursday, even as the court has scheduled the case for Friday. The court hearing comes on the same day that news channels reportedly broadcast videos of the Lakhimpur Kheri incident.

Thursday’s CJI court hearing comes just three days after another court pounced on the bodies of farmers, linking their nearly year-long protests against farm laws with the violence that took place in Lakhimpur Kheri.

Hours before the Supreme Court hearing, the government of Uttar Pradesh announced that a one-member commission of inquiry, headed by retired Allahabad High Court magistrate Pradeep Kumar Srivastava, would investigate the Lakhimpur Kheri incident. The commission will complete its investigation in two months, an Oct. 6 notice issued by the state government said.

Daily NEWS Summary | 07-10-2021; The Supreme Court on Thursday posed research questions to the Center about its decision to set an annual income limit of ₹ 8 lakh to determine the category of economic weakest sections (EWS) for the reserve in NEET admissions for courses of Medicine.

The High Court authorized the implementation of the Ministry of Social Justice and Empowerment and the Department of Personnel and Training and asked them to submit an affidavit based on the setting of the annual income cap of ₹ 8 lakh to determine the SAT category.

The Center said setting an annual income limit of ₹ 8 lakh for the EWS category is a matter of policy based on the national cost of living index. A bench by D.Y. Chandrachud, Vikram Nath and BV Nagarathna asked the Center to clarify what was the basis and parameters for setting the limit and whether any deliberation was held on the matter or whether the figure of ₹ 8 lakh of income was simply taken from the Limit of Determine the creamy layer in the Other Backward Class (OBC) category.

Top court said it wanted to know what exercise was done to arrive at these indices for EWS, as it cannot apply the same indices that were applied for the socially and economically backward (ESCB) classes.

“The case of a creamy layer is that due to economic advancement they have crossed the threshold and the signs of falling behind them have been completely erased. But when it comes to the SAT, there is no concept of eliminating social backwardness, ”the bench said.

Nataraj said that although he does not have instructions from the DoPT and the Ministry of Social Justice, since they were not part of the case, these are more important issues that will be argued in a constitutional court. of five judges where the validity of the 103rd. the amendment is pending.

The court, during its hearing of more than three and a half hours, said that at this point the court was not concerned with the validity of the amendment, but was dealing with the implementation of the amendment.

Maneka, Varun, Swamy outside; Scindia and Smriti are incorporated into the national executive of BJP

Daily NEWS Summary | 07-10-2021; Members of Lok Sabha Maneka Gandhi and his son Varun Gandhi were excluded from the national executive of the BJP, while Union ministers Smriti Irani and Jyotiraditya Scindia were among those who joined the body.

The list was announced hours after Gandhi tweeted Thursday morning that video of the incident in Lakhimpur Kheri, where a group of farmers were reportedly struck by cars on Sunday in the convoy of the Minister of Ajay Kumar Mishra Union status, it was “crystalline”.

“… Protesters cannot be silenced by murder. There must be accountability for the innocent blood of farmers that has been shed and justice must be served before a message of arrogance and cruelty enters the minds of all farmers… ”tweeted Gandhi.

In a statement, the party said 50 special guests and 179 permanent guests, including chief ministers, deputy chief ministers, national spokespersons, presidents of national wings and leaders of state units , would also sit on the National Executive Committee.

Some new party members have been inducted into the national executive, including Scindia and Dinesh Trivedi, a former congressman from Trinamool who joined the BJP ahead of the West Bengal assembly elections earlier this year. Prominent BJP activists and candidates in Bengal polls such as actor Mithun Chakraborty and MP Swapan Dasgupta have also been included in the national executive.

Daily NEWS Summary | 07-10-2021; Two teachers were shot dead inside a public school in Srinagar on Thursday, just two days after three civilians, including a famous chemist Kashmiri Pandit, were killed in the valley.

“Both teachers were pronounced dead at a nearby hospital,” authorities said.

The victims were identified as Satinder Kaur, a school principal, and Deepak Chand, a teacher, both residents of Allocha Bagh in Srinagar. Locals said Chand, an expert from Kashmir, left Jammu after his family emigrated in the 1990s when militancy erupted.

A teacher told them they were having tea when they heard gunshots outside the principal’s living room at around 11:15 a.m. “We saw our colleague Chand fall to the ground in front of the principal’s room.” said the teacher.

The Resistance Front (TRF), which floated after the Center ended J & K’s special constitutional position, reportedly claimed responsibility for the attack on social media platforms. “The Shaheed Gazi squad carried out the targeted attack on two non-local people who had homes and harassed the parents of the students to salute the occupier’s flag on August 15,” a spokesperson said of the TRF.

Director General of Police (DGP) Dilbag Singh, who visited the site, said: “This is an attempt to smear local Muslims in Kashmir. Killing innocent civilians, including teachers, is a move to attack and damage the ancient tradition of harmony and community brotherhood in Kashmir. The police have clues and leads on the murderers in the above cases. The police will catch the killers very soon, ”he said.

The political parties in the territory of the Union condemned the murders. “It is worrying to see the deterioration of the situation in Kashmir, where a tiny minority is the ultimate target. (Government of India) The claims of the Government of India to build a Naya Kashmir have made it hell. Their only interest is to use Kashmir as a dairy cow for their electoral interests, ”said Chairman of the People’s Democratic Party, Mehbooba Mufti.

A wave of killings of civilians, seven in the past 10 days, has come as Union ministers participate in a nine-week outreach program in Jammu and Kashmir. Three civilians, including the notorious Mr L. Bindroo of the Bindroo Medicate, were shot dead on Tuesday. About 27 civilians have died this year so far this year.

The Nobel Prize in Literature goes to the novelist Abdulrazak Gurnah

The Swedish Academy said Gurnah was honored “for his uncompromising and compassionate insight into the effects of colonialism and the plight of refugees in the gap between cultures and continents.”

“His novels of him depart from stereotypical descriptions and open our eyes to a culturally diverse East Africa, unknown to many in other parts of the world,” added the Nobel Foundation. Gurnah has published ten novels and several short stories.

He is best known for his groundbreaking 1994 novel Paradise, set in colonial East Africa during World War I, which was shortlisted for the Booker Prize for fiction. The theme of refugee disturbance runs through his entire work.

Born in 1948, Gurnah fled Zanzibar in 1968 following the revolution that led to the oppression and persecution of citizens of Arab descent. He began writing at age 21 in England. Although Swahili was his mother tongue, English became his literary tool.

In an article he wrote for The Guardian in 2004, Gurnah said that he did not plan to be a writer while living in Zanzibar, but once in England he was overwhelmed by the feeling of an “abandoned life”.

“If one way of seeing distance as useful for the writer represents it as a closed world, another argument suggests that displacement is necessary, that the writer produces valuable work in isolation because then he frees himself. Responsibilities and intimacies that change. and dilute the truth, ”he wrote.

Until his recent retirement, Gurnah was a professor of English and postcolonial literature at the University of Kent in Canterbury, focusing primarily on writers such as Wole Soyinka, Ngugi wa Thiong’o, and Salman Rushdie. The Nobel Prize comes with a medal and a prize of 10 million Swedish crowns (approximately $ 1.1 million).

Before the Oct. 7 announcement, Nobel Prize watchers had suggested that the Swedish Academy might choose to give the green light to a writer from Asia or Africa, after committing to making the award more diverse. Mainly it has crowned Westerners in 120 years of existence.

Clearly, 102 men won and only 16 women. The Academy has long insisted that its laureates were chosen solely on literary merits and that it did not take nationality into account.

But after a #MeToo scandal that rocked the Academy, prompting it to postpone the 2018 award for a year, the organization said it would adjust its criteria toward greater geographic and gender diversity. “We used to have a more Eurocentric perspective on literature, and now we look around the world,” Nobel committee chair Anders Olsson said in 2019.

The Nobel season continues on October 8 in Oslo with the Peace Prize, followed on October 11 by the Economics Prize. 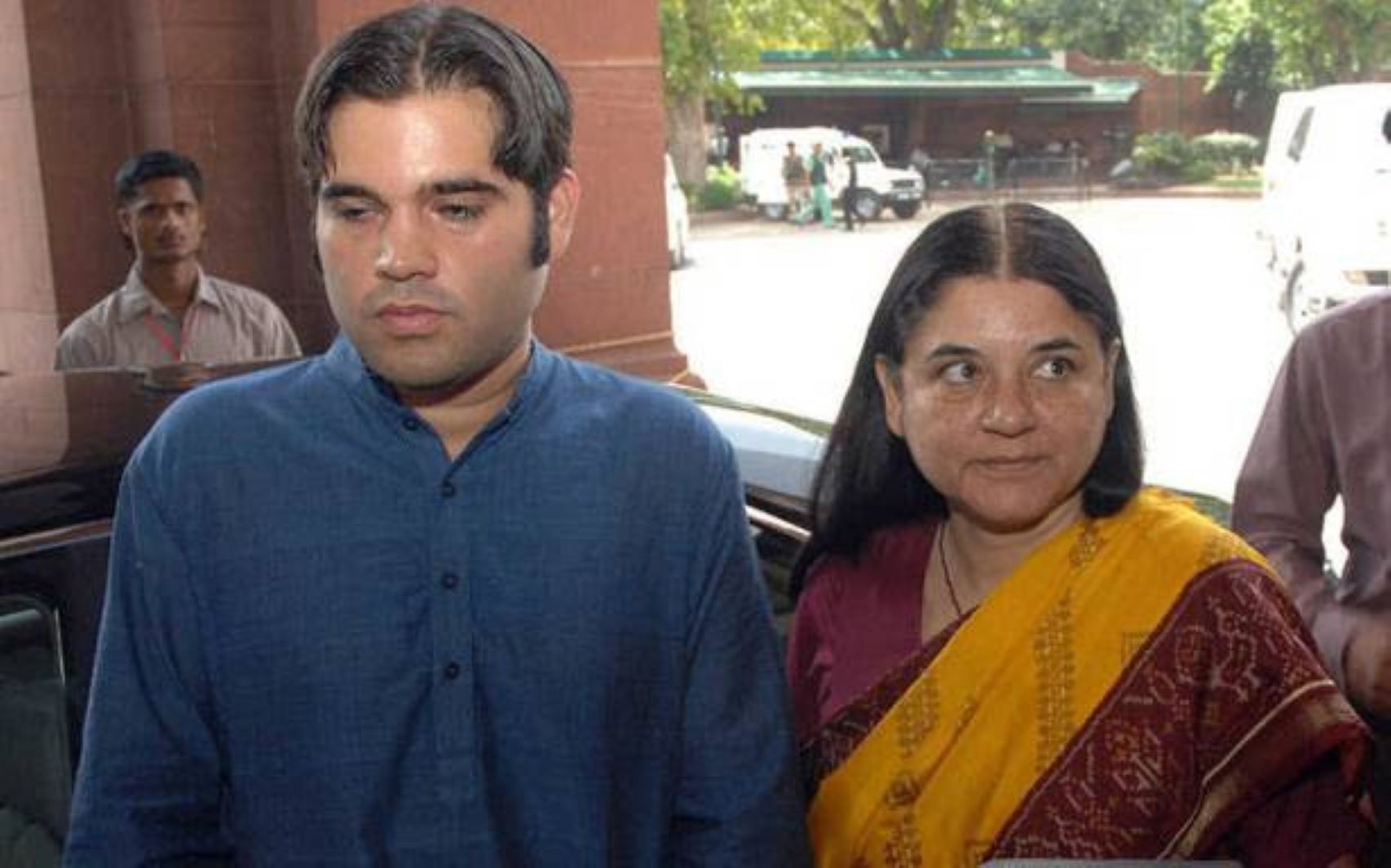