Daily NEWS Summary | 06-10-2021; The second autopsy report on farmer Gurvinder Singh, one of eight killed in Lakhimpur Kheri, also did not mention the gunshot wounds, his family said a day after rejecting the first autopsy. The body was cremated in his village in Bahraich district.

Gurvinder’s brother-in-law, Raman Singh, said the second autopsy report also did not reflect a gunshot wound. Gurvinder was one of four farmers killed in the violent incident involving the convoy of the Union Minister of State for Internal Affairs Ajay Mishra to Tikonia. His family had requested a new autopsy after refusing to accept the autopsy results.

The family said the first autopsy report showed that Gurvinder died of internal injuries, but alleged that Ashish Mishra, the minister’s son, shot him dead as he tried to escape to the camps after the incident. A new panel was formed to perform the second autopsy.

The second report also gave a similar conclusion that Gurvinder died of internal injuries and bleeding after being hit by the car, his family said. The family said they received the autopsy report. District Magistrate Dinesh Chandra Singh said that Gurvinder Singh’s family members raised objections to the earlier autopsy.

Residents claiming to be eyewitnesses in Tikonia said they saw Ashish Mishra sitting in the van that ran over the farmers and alleged that after his car lost its balance, he ran into the cane fields and in doing so fired to Gurvinder, who had tried to attack.

In the FIR filed against Ashish Mishra in Lakhimpur Kheri in the early morning of October 4 on the complaint by Hari Singh of Bahraich, it is mentioned that the minister’s son ran into the sugarcane fields after his car was lost, he tried to hide. Hari Singh, the plaintiff, accused Ashish Mishra of shooting Gurvinder.

The FIR was filed under IPC 302, 304a and for criminal conspiracy, among other charges. Ashish Mishra was sitting in the left front seat of his Thar jeep, according to the FIR.

However, Ashish Mishra claimed that all the accusations against him were false and that he was present in his ancestral village of Banveerpur, a few kilometers away, to attend the annual wrestling event held in memory of the his grandfather.

In addition to the four farmers, a local scribe, two BJP employees and a driver were killed in the incident. Ajay Mishra had claimed that the protesters had lynched them. The results of the autopsies of the others are unknown. Their bodies were cremated. Scribe Raman Kashyap’s family said he died after being hit by the car and believes that the farmers did not lynch him even though the autopsy report is still awaited.

Chhattisgarh and Punjab governments to give 50 lakh to farming families, journalist killed in Lakhimpur violence

Daily NEWS Summary | 06-10-2021; Chhattisgarh and Punjab governments announced on October 6 financial aid of 50 lakh each for the families of four farmers and a journalist killed in the violence that erupted in Lakhimpur Kheri, Uttar Pradesh.

The top ministers of the two states led by Congress, together with party leader Rahul Gandhi, arrived in Lucknow, from where they intend to travel to Lakhimpur Kheri to meet with the families of the victims.

Punjab Chief Minister Charanjit Singh Channi said Lakhimpur’s violence reminded him of the Jallianwala Bagh massacre in 1919. He said the U.P. the government has made fun of democracy.

Echoing the same sentiments, Chhattisgarh’s chief minister, Bhupesh Baghel, said that his government would also give 50 lakh to the farmers’ families and the journalist.

Four of the eight people killed in Sunday’s violence in Lakhimpur Kheri were farmers, who were reportedly struck by vehicles driven by BJP workers traveling to welcome the U.P. Senior Deputy Minister Keshav Prasad Maurya at an event in the region.

The other four included two BJP employees, a host for the Union Minister of State, Ajay Kumar Mishra, and Raman Kashyap, a journalist working for a private television station.

While the first three were reportedly lynched by peasant agitators, the scribe, according to his father, died after being struck by a vehicle while covering the news of the peasants’ protest against Maurya’s visit to the place of birth of Ajay Mishra. The top. Police have filed a complaint against Ajay Mishra’s son, but no arrests have been made so far.

Almost a month after the expiration of the terms of office, nothing is known about the new parliamentary panels

Daily NEWS Summary | 06-10-2021; Almost a month after the end of the mandate of the parliamentary standing committees, on September 12, nothing is known about the reconstitution of these panels, and sources point to bureaucratic delays.

Opposition leaders said the delay was another way to overthrow an important parliamentary instrument. The government is used to delay in setting up expert groups. In 2019, the committees were formed in October, almost five months late.

Although the composition of the committees remains largely the same, each year more than a month is spent renaming the panels. Sources said political parties took a long time to submit their list of candidates and the BJP was the last to submit the list.

The leader of the Rajya Sabha group of the Trinamool Congress (TMC), Derek O’Brien, noted that the number of legislative texts considered by parliamentary panels has decreased under the current regime. In the 14th and 15th Lok Sabha during the years of the UPA, 60% and 71% of the legislations were considered by the standing committees. Compared to that, the 16th Lok Sabha’s numbers were 25% and the current numbers a pitiful 11%. “With these numbers, do you think Modi-Shah’s BJP gives the standing committees a two-point lead?” he said.

RJD MP Manoj K Jha noted that the delay was a classic example of the government’s approach to parliament and accompanying instruments.

Congressman Lok Sabha and top leader Manish Tewari alleged the government violated several conventions, including leaving the foreign affairs and finance committees to the opposition leadership. “This convention has been implemented taking into account the parliamentary practice of providing checks and balances to the day-to-day management of government through legislative oversight.” The practice of distributing the minutes of standing committee meetings has also been abandoned, he said.

Acknowledging that the delay imposed an unnecessary pause in the functioning of parliamentary panels, BJD MP Bhartruhari Mahtab questioned the limited and indifferent attendance at panel meetings. “How many members actually participate in these deliberations? Panel chairs are supposed to notify the Speaker of the House if a member is absent for three consecutive meetings, but I think even the leaders of the respective parties should be alerted to these wandering MPs, ”he noted. .

They have been cited for their work on developing a new way to construct molecules known as “asymmetric organocatalysis”. The winners were announced on Wednesday by Goran Hansson, secretary general of the Royal Swedish Academy of Sciences.

The Nobel panel said List and MacMillan independently developed in 2000 a new form of catalysis. “This is already of enormous benefit to humanity,” said Nobel panel member Pernilla Wittung-Stafshede.

Speaking after the announcement, List said the price was a “big surprise”. “I wasn’t expecting it at all,” he said, adding that he was on vacation in Amsterdam with his family when he got the call from Sweden.

List said he was initially unaware that MacMillan was working on the same issue and thought his hunch might be a “stupid idea” until it worked. “I felt like it could be something big,” she said.

It is common for multiple scientists working in related fields to share the award. Last year, the chemistry award went to Emmanuelle Charpentier from France and Jennifer A. Doudna from the United States for the development of a gene editing tool that revolutionized science by providing a means to modify DNA.

The prestigious award is accompanied by a gold medal and SEK 10 million (more than $ 1.14 million). The prize money comes from a bequest left by the creator of the prize, Swedish inventor Alfred Nobel, who died in 1895.

During the next few days, awards will also be presented for outstanding works in the fields of literature, peace and the economy. 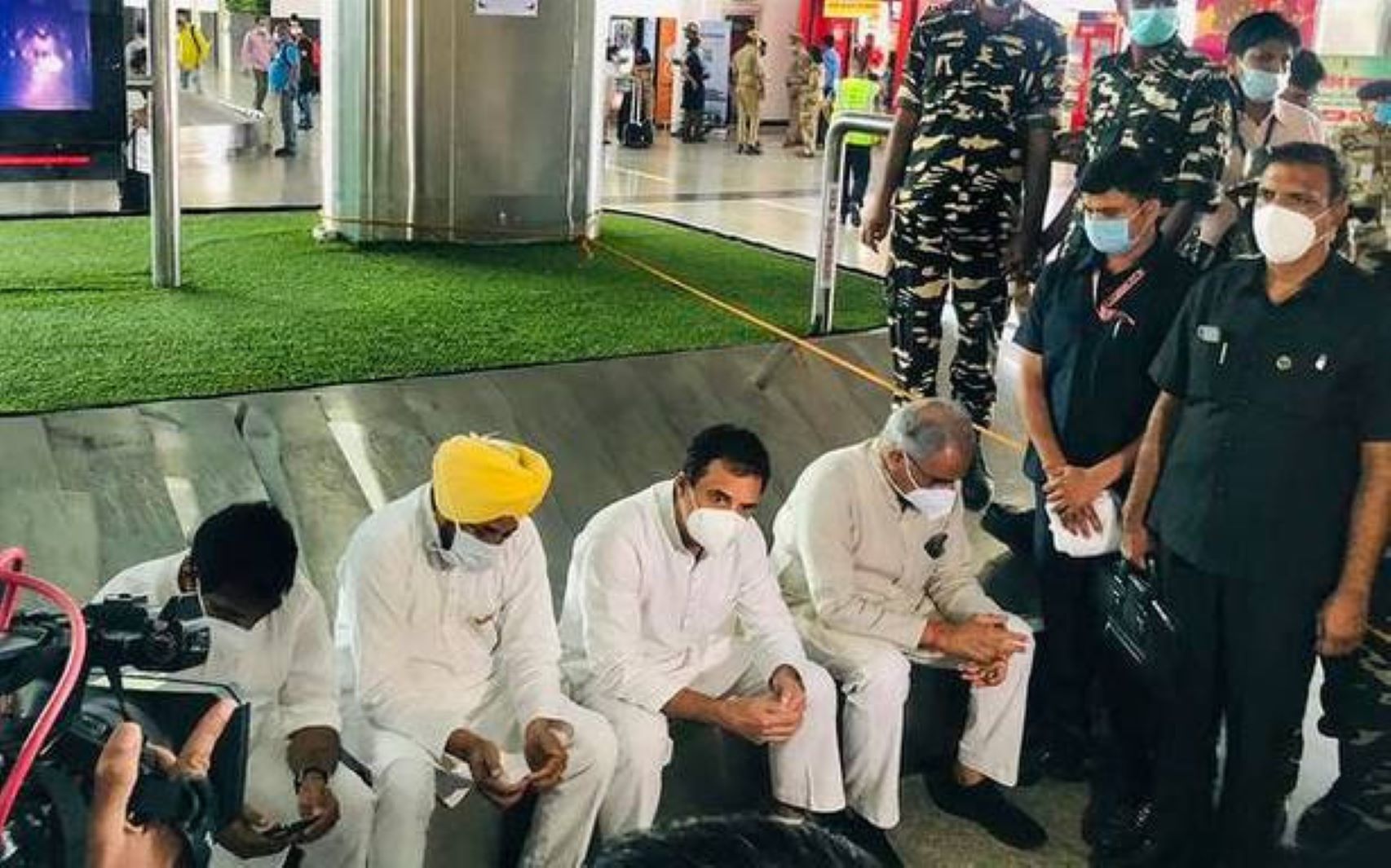