Daily NEWS Summary | 04-10-2021; Samyukt Kisan Morcha (SKM) wrote to President Ram Nath Kovind to demand action against the massacre of farmers in Lakhmipur Kheri, Uttar Pradesh, who were allegedly struck by vehicles in the convoy of a Union minister. Farmers unions demonstrating outside district collectors’ offices in various parts of the country were expected between 10 a.m. on Monday. and 1 p.m., will present copies of this letter to the president through district officials.

SKM’s demands were outlined in the letter, which called on the Minister of State for Home Affairs, Ajay Kumar Mishra, to be immediately removed from his post and to file a complaint against him for inciting violence and spreading community hatred. They urged that Mishra’s son and others associated with the attack be registered under section 302 (murder) and immediately arrested, and that the investigation be carried out by a special investigative team under supervision of the Supreme Court.

The letter alleged that the involvement of Mishra’s son and his associates in the “murderous attack” showed a “deep conspiracy of Uttar Pradesh and central governments”. He referred to Mishra’s previous “inflammatory and derogatory speeches” against farmers, as well as statements by Haryana Prime Minister Manohar Lal Khattar in which he urged party workers to attack farmers, and said this was the context in which the Lakhimpur Kheri incident took place place. SKM also called for Khattar’s dismissal.

“It is clear from these incidents that these people in constitutional positions are using their positions for planned violence against the ‘annadatas’ who carry out peaceful agitations. It is a crime according to the laws of the country, against the Constitution and the country, ”the letter said.

In a related development, the government of Uttar Pradesh on Monday announced that a retired High Court judge would investigate Lakhimpur Kheri’s violence and pay 45 lakh in compensation to the families of the four farmers killed in the incident. The government will also give 10 lakh rupees to those injured in the violence, Home Secretary Awanish Awasthi said.

Meanwhile, on Monday, Congress demanded the immediate removal of Union Minister of State for Home, Ajay Mishra, and the arrest of his son, who was appointed to an FIR by police in the ‘Uttar Pradesh. The party also demanded additional compensation of Rs 1 million for each of the murdered farmers and called for the immediate release of Priyanka Gandhi Vadra, who officials say was illegally detained by the Uttar Pradesh police.

Congress said it would hold protests outside the offices of all district magistrates nationwide on Tuesday to protest the incident. Congress leaders demonstrated outside UP Bhawan in the nation’s capital and organized riots in other parts of the country.

Daily NEWS Summary | 04-10-2021; On Monday, the Supreme Court blasted farmer organizations for the relentless protests against the Centre’s farm laws, saying that when unrest turned into violence like in Lakhimpur Kheri in Uttar Pradesh, where eight people were killed, “no one is responsible”.

“When incidents like this happen, causing death, material loss and damage, no one is held responsible,” Judge A.M. Khanwilkar said.

Attorney General K.K. Venugopal called Lakhimpur Kheri’s violence on Sunday an “unfortunate incident”. The government’s top legal expert said the court must make it very clear that protests must not continue when defiance of agricultural laws is before the highest court in the country.

“There should be no more unfortunate incidents like this … The protests must end,” Venugopal said, supported by Attorney General Tushar Mehta.

“But how can there be protests while the matter is pending here?” Why are there protests when the laws have been suspended? It is intriguing, there is no law in force at the moment. The law is suspended. The government assured that it would not follow up … So what is the meaning of this protest, “said Judge Khanwilkar, flanked by Judge C.T. Ravikumar on the stand, asked Kisan Mahapanchayat, a farmers’ organization.

The farmers’ corps wanted to sit in a “satyagraha” in the Jantar Mantar in protest. Judge Khanwilkar said the agricultural laws were passed by Parliament. “The government is also bound by the laws passed by Parliament … We are in principle here, once I go to court, how can the same party say that the case is in court, however I will continue to protest,” observed Judge. The court, in its order, decided to formulate legal questions in this regard.

“We will first decide these legal matters, and then we will consider your question [whether permission to sit in ‘satyagraha’ in Jantar Mantar can be granted],” Judge Khanwilkar addressed Kisan Mahapanchayat.

The Supreme Court has scheduled the case for a final hearing on the two legal issues on October 21. She ordered the transfer to herself of a case brought by Kisan Mahapanchayat in the Rajasthan High Court on the same issue. The Panel asked the Center to submit a consolidated counter-affidavit.

The government promises to investigate the leak of “Pandora Papers”

Daily NEWS Summary | 04-10-2021; The government promised an investigation into the “Pandora Papers” disclosures and ensured appropriate action in cases required by law, the Finance Ministry said in a statement.

Stating that only “a few Indians” have been mentioned in the newspapers so far, the ministry said that investigations into the Pandora Papers leaks appearing in the media would be overseen by a group of various agencies.

“The government will also proactively engage with foreign jurisdictions to obtain information on taxpayers and affected entities,” the ministry said, adding that India is part of an intergovernmental group that ensures “collaboration and exchange of experiences to make effectively deal with the fiscal risks associated with such leakages ”.

The multi-agency group led by the chairman of the Central Council for Direct Taxes, along with representatives from the Directorate of Enforcement, the Financial Intelligence Unit and the Reserve Bank of India, will be on the lookout for progressive disclosures of Pandora Papers as indicated by the International Consortium investigative journalists (ICIJ), the ministry said.

The ICIJ website suggests that the information will be released in phases and that structured data related to the Pandora Papers investigation will only be released in the next few days to its offshore leak database.

“It can be noted that after previous similar leaks in the form of ICIJ, HSBC, Panama Papers and Paradise Papers, the government has already enacted the Black Money Law (Undisclosed Foreign Income and Assets) and the imposition of taxes, 2015 with the aim to curb black money or undisclosed foreign assets and income by imposing appropriate taxes and penalties on such income, ”the ministry said.

Undisclosed credits of around 20,352 crore were detected in investigations conducted in the Panama Papers and Paradise as of September 15. Rights group Oxfam India has called on the authorities to take immediate action and remove tax havens following the disclosure of the Pandora Papers.

The abolition of tax havens can go a long way in ensuring that governments have real access to the tax revenues they need to finance quality public spending, he added. Many of the people whose names are on the list have rejected the financial mischief. Among others, Biocon chief Mazumdar-Shaw said on Monday that his hubsand’s overseas trust was genuine and legitimate.

Daily NEWS Summary | 04-10-2021; Tamil Nadu’s Chief Minister, Stalin, wrote to his counterparts in 12 states – Andhra Pradesh, Chhattisgarh, Delhi, Jharkhand, Kerala, Maharashtra, Odisha, Punjab, Rajasthan, Telangana, West Bengal and Goa – on Monday on the need to create an effort to restore the primacy of state governments in the administration of the education sector, as provided for in the Constitution. He recalled a resolution passed against the National Eligibility and Entrance Test (NEET) in the Assembly.

“Our considered position has always been that the action of the Union government to introduce NEET goes against the spirit of federalism and violates the constitutional balance of power by limiting the rights of state governments to decide of the mode of admission to established medical establishments. established and directed by them, ”the letter reads.

Stalin attached the report presented by the justice committee of AK Rajan, which was appointed by the state government to study whether the NEET-based admission process has affected socially backward students in recent years.

The Committee was also invited to suggest alternative admission procedures that would benefit all students, the feasibility of implementing such alternatives and the legal steps that would be taken to implement such fair and equitable methods. Based on the Committee’s recommendation, the Tamil Nadu State Assembly recently passed a law called the Tamil Nadu Admission Law for Undergraduate Medicine Courses of 2021.

“We believe that state governments should assert their right and constitutional position when deciding on the method of admission to their higher education institutions,” he said.

Stalin urged his counterparts to extend their support to ensure that students from the respective states, especially those who come from rural areas and marginalized sectors of society, do not have difficulty in being admitted to higher education institutions. . “We must make a joint effort to restore the primacy of state governments in the administration of the education sector, as envisioned in our Constitution,” the letter said.

Daily NEWS Summary | 04-10-2021; Two American scientists received the Nobel Prize in Physiology or Medicine on October 4 for their discovery of the receptors that allow humans to feel temperature and touch it. David Julius and Ardem Patapoutian focused their work on the area of ​​somatosensitivity, that is, the ability of specialized organs such as the eyes, ears, and skin to see, hear, and smell.

“It really reveals one of nature’s secrets,” said Thomas Perlmann, secretary general of the Nobel committee, when announcing the winners. “It’s actually something that is crucial to our survival, so it’s a very important and profound discovery.” The committee said Julius, 65, used capsaicin, the active ingredient in chili peppers, to identify nerve sensors that allow the skin to respond to heat.

Patapoutian has found separate pressure-sensitive sensors in cells that respond to mechanical stimulation, he said. The couple shared the prestigious Kavli Prize for Neuroscience last year.

“Imagine walking barefoot in a field this morning this summer,” said Patrik Ernfors of the Nobel committee. “You can feel the warmth of the sun, the coolness of the morning dew, a gentle summer breeze and the fine texture of blades of grass underfoot. These impressions of temperature, touch and movement are sensations which depend on somatosensitivity. “

“This information flows continuously from the skin and other deep tissues and connects us to the external and internal world. It’s also essential for the tasks that we do effortlessly and without thinking too much about it, ”said Ernfors. Perlmann said he managed to get his hands on both winners ahead of the announcement.

“I only had a few minutes to talk to them, but they were incredibly happy,” he said. “And as far as I know, they were very surprised and a little shocked, maybe. Last year’s award went to three scientists who discovered the hepatitis C virus that plagues the liver, a breakthrough that has led to cures for the deadly disease and tests to prevent the scourge from spreading in blood banks.

The prestigious award is accompanied by a gold medal and SEK 10 million (more than $ 1.14 million). The award is the first to be awarded this year. The other awards recognize outstanding work in the fields of physics, chemistry, literature, peace, and economics. 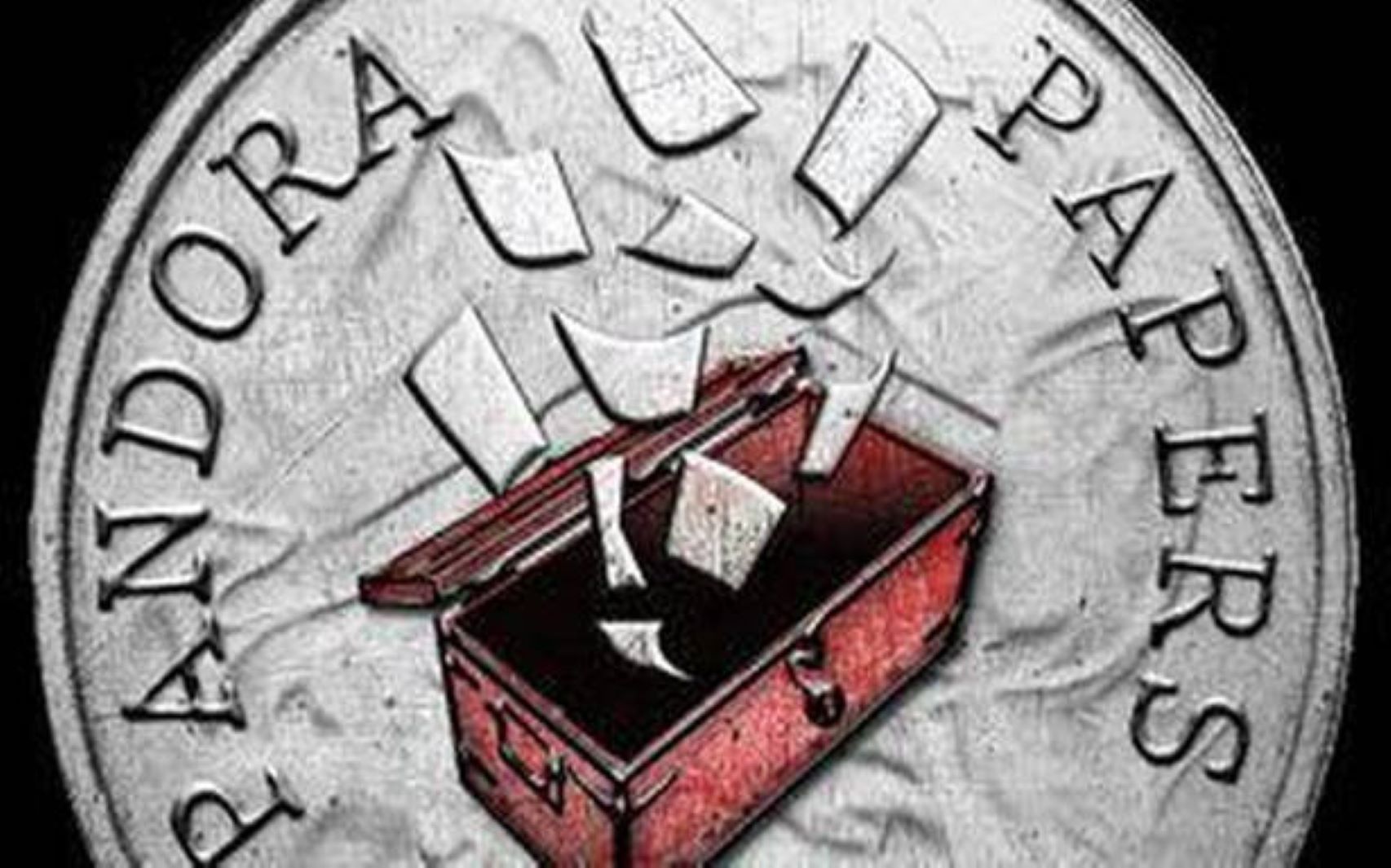