Two protesting farmers killed after being run over by a car driven by the Union minister’s son, farmers’ bodies say

Daily NEWS Summary | 03-10-2021; The Farmers Corps claimed that two farmers protesting BJP leaders were killed and several others injured after being hit by a car believed to be part of a convoy of the Union Minister of State in Home and BJP MP Ajay Kumar Mishra in the Lakhimpur Kheri district in Uttar Pradesh.

Farmers from the Tikonia to Kheri region lined the roads with black flags to protest the visit of the Chief Deputy Minister, Keshav Prasad Maurya, to the district. Samyukta Kisan Morcha, a group of farmers protesting the three new farm laws, said that a third farmer died after being shot and that Deputy Ashish’s son was driving the car.

The allegations have yet to be independently verified and UP police have yet to comment on the incident or the victims. In the aftermath of the incident, angry farmers set fire to and wrecked the BJP leader’s vehicles and held further protests as the area remained tense. Senior Lucknow officials, as well as farmer leaders, flocked to the scene.

Official statements from the police and BJP leaders accused by the peasants for the incident are still awaited. Mishra told a Hindi news channel in a telephone interview that the driver of his car, who was to meet Maurya at the helipad, was injured and died after being struck by a stone. The driver then lost control of the car, causing “the accident,” he told News1 India.

Mishra, also known as Teni, said that he invited Maurya as the main guest of the annual wrestling event held in his district village, Ambika Prasad Mishra Smriti Kushti Pratiyogita.

The car was to receive MP CM from the helipad, Mishra said. SKM said three farmers were killed and about 10 of them, including SKM chief Tajinder Singh Virk, were seriously injured in the incident. SKM chief Darshan Pal said farmers planned to install a helipad to prevent UP Vice President Keshav Prasad Maurya from landing. After the protests, the farmers were returning home when three cars from Mishra’s convoy crushed the farmers, he alleged.

Mamata Banerjee Wins Bhabanipur Poll With a Record Margin of Over 58,000 Votes

Daily NEWS Summary | 03-10-2021; West Bengal Chief Minister Mamata Banerjee won the Bhabanipur Assembly Election by a record 58,832 vote margin against her closest rival, BJP’s Priyanka Tibrewal. This victory makes Banerjee a member of the West Bengal Legislative Assembly and will allow him to continue as West Bengal’s Chief Minister. She contested the Nandigram Assembly vote and lost to Suvendu Adhikari of the BJP by a margin of 1,956 votes.

She was unanimously elected Chief Minister by the Legislative Party of the Trinamool Congress in May 2021. Banerjee had represented the headquarters of Bhabanipur in 2011 and 2016. In the 2021 Assembly poll, Trinamool Congress candidate Sobhandeb Chattopadhyay defeated BJP Rudranil Ghosh by a margin of 28,790 votes.

In 2011, the TMC president won Bhabanipur by a margin of more than 54,000 votes. Emphasizing that the margin of victory had surpassed all previous records, the Chief Minister said that in all quarters of the constituency, she had won this time. She said that about 46% of the constituency’s electorate were “non-Bengalis”, and they also voted overwhelmingly for her. The BJP sent Tibrewal, who got around 25,000 votes.

Elections in Bhabanipur and two other districts, Jangipur and Samserganj, were held on September 30. TMC’s candidate Amirul Islam won Samserganj by a margin of 26,379 votes to beat his closest rival, a candidate for Congress. In the Jangipur Assembly polls, TMC’s Jakir Hussain defeated the BJP candidate by a margin of more than 92,480 votes. With these victories, the TMC increased its total in the West Bengal Assembly to 219.

TMC had won 213 seats in the Assembly elections, but its deputy from Bhabanipur had resigned. Four BJP lawmakers defected from TMC and three won the polls on Sunday, bringing the total to 219.

Trinamool’s congressman also announced by-election candidates for three of the four seats scheduled for the first week of October. Chattopadhyay, who had resigned from Bhabanipur to allow the chief minister to participate in the by-elections, will compete from the seat of Khardah in northern 24 Parganas, and Udayan Guha will compete from Dinhata in Cooch Behar district.

The TMC appointed Braj Kishor Goswami from Sanntipur. The BJP won Dinhata and Santipur in the 2021 parliamentary elections, but two sitting MPs, Nisith Pramanik and Jaganath Sarkar, were not sworn in as MPs from the respective constituencies.

His comments came hours after Sidhu tweeted that DGP Iqbal Preet Singh Sahota and Attorney General (AG) Amar Preet Singh Deol should be replaced because their appointments are like “pouring salt on the wounds of sacrilegious victims”.

Sidhu’s latest tweet comes just days after Chief Minister Charanjit Singh Channi approached him for a compromise after being surprised to step down as chairman of the Pradesh Congressional Committee (CPC) to protest the appointments .

Speaking to reporters on the sidelines of a government program to announce debt relief for farm workers and landless farmers, the chief minister said that, as required by law, the government of the State has already submitted the names of all senior police officers with 30 years of experience at the center.

Now he is awaiting clearance from the Center for a three-name panel from which the new DGP would be appointed, a statement from the Office of the Chief Minister (CMO) said. The name would be finalized after consultation with Sidhu and all ministers and deputies, the CMO statement added.

Channi also told reporters that a coordination committee had been set up for better coordination between the government and the CCP. Earlier today, Sidhu tweeted that not replacing the DGP and the attorney general would leave Congress “faceless”.

In an attempt to appease him, the Channi government appointed R.S. Bains as a specialized prosecutor to handle all cases related to sacrilege. However, Sidhu, whose status as head of the CCP is still unclear because he has not formally withdrawn his resignation, appeared to harden his stance a day after his tweet that he would stand alongside the Gandhis, “with or without charge “.

The cricketer-turned-politician, who has made Bargari’s sacrilege issue the main topic of polls ahead of next year’s parliamentary elections, wants the DGP and GA to change their roles, respectively, on the issue of sacrilege.

His objection to Deol is that he defended former Punjabi police chief Sumedh Singh Saini, indicted in the Behbal Kalan police dismissal case in 2015. Sahota won Sidhu’s wrath as chief of a special investigation team into the sacrilege he allegedly inflicted on Badals. is a “clean girl”.

Google had received 36,934 user complaints and removed 95,680 pieces of content based on those complaints in July. It had removed 5 76,892 content in July through automatic detection. The US-based company made the disclosures in compliance with India’s IT rules which went into effect on May 26.

Google, in its latest report, said it received 35,191 complaints in August from individual users located in India through designated mechanisms, and the number of takedowns following user complaints stood at 93, 550. These complaints involve third-party content that violates local laws or personal rights on Google’s major social media brokerage (SSMI) platforms, according to the report.

Content removal was done in various categories, including copyright (92,750), trademark (721), infringement (32), circumvention (19), court order (12), graphic sexual content (12), and other legal claims (4). Google explained that a single complaint can specify multiple items potentially related to the same content or different items, and each unique URL in a specific complaint is considered an individual “item” that is removed.

Google said that in addition to user reports, the company is investing heavily in addressing harmful content online and using technology to detect and remove it from its platforms. “This includes the use of automated screening processes for some of our products to prevent the spread of harmful content such as child pornography and violent extremist content. “

Under the new IT rules, large digital platforms with more than 5 million users will be required to publish regular compliance reports each month, listing the details of the complaints received and the actions taken against them.

The report should also include the number of specific communication links or pieces of information to which the broker has removed or disabled access as part of proactive monitoring carried out using automated tools. Recently, Facebook and WhatsApp also released their August compliance reports.

Facebook said it “acted” proactively on around 31.7 million pieces of content in 10 categories of violations as of August in the country, while its photo-sharing platform Instagram took action against around 2.2 million content in nine. categories during the same period proactively. In its report, WhatsApp said it banned more than two million accounts in India, while the messaging platform received 420 reports of complaints in August.

Daily NEWS Summary | 03-10-2021; The Bureau of Narcotics Control (NCB) arrested Aryan Khan, son of Bollywood superstar Shah Rukh Khan, on Sunday in connection with the seizure of prohibited drugs aboard a cruise ship off the coast of Mumbai.

Aryan Khan would appear in a metropolitan district court shortly. Attorney Satish Maneshinde is said to represent Aryan Khan in court. Aryan Khan has been convicted under various sections of the Narcotics and Psychotropic Substances Act (NDPS) for possession and use of prohibited substances. He and seven others were arrested Saturday night by NCB detectives after robbing the cruise ship en route from Mumbai to Goa. 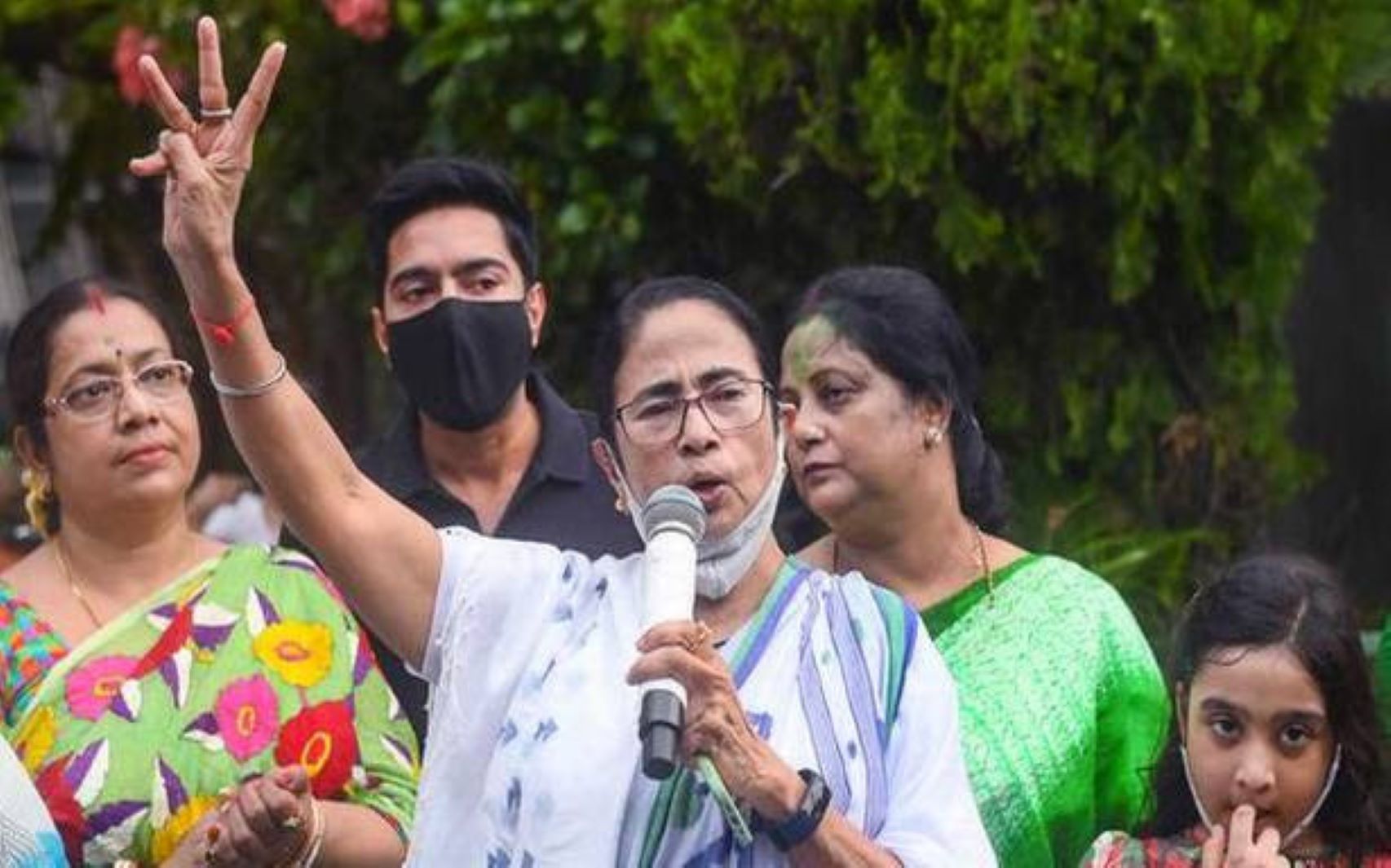