Daily NEWS Summary | 01-10-2021; Chief Justice of India (CJI) NV Ramana said he was in favor of the formation of standing committees headed by the chief magistrates of the higher courts to investigate the allegations received from the ordinary man of ” atrocities “committed by the bureaucracy, in particular the police, in the country.

Oral observation by CJI occurs even when police are in the limelight for committing serious crimes. Recently, police officers in Gorakhpur, Uttar Pradesh, were accused of causing the death of a businessman during a raid on a hotel.

In Tamil Nadu, the CBI has indicted nine police officers for the in-custody death of the father-son duo, P. Jayaraj and J. Benicks. There have been cases in which district administration officials have been filmed physically abusing citizens during the lockdown.

The sighting came as the court reserved judgment on petitions filed by suspended additional police chief Gurjinder Pal Singh in Chhattisgarh. He had sought protection from arrest in various criminal cases, including sedition, extortion and criminal intimidation, prosecuted against him by the current government.

The court recently made oral submissions in the case on how police officers act with impunity with a government, but must “pay with interest” when there is a regime change. In a previous case, he had asked questions about the fate of police officers caught between rival political parties coming to power one after the other.

CJI had pointed out how the police had become the target of a political vendetta, declaring it a “sad situation when a political party is in power, the police side with a particular party. Then, when a new party comes to power, the government takes action against those officials. “

The court said this new trend should be reviewed along the way. The court had granted Singh protection from arrest in the sedition case. Senior attorneys F.S. Nariman and Vikas Singh appeared for him and the state government was represented by senior attorneys Mukul Rohatgi and Rakesh Dwivedi. The government of Chhattisgarh, led by Congress, has carried out cases of sedition and other crimes against Singh.

Daily NEWS Summary | 01-10-2021; The Supreme Court accused farmers of “strangling the city [New Delhi]” by protesting against agricultural laws. A bench led by Judge A.M. Khanwilkar listened to a petition from Kisan Mahapanchayat, a farmers’ organization, for Delhi police to allow them to perform a “satyagraha” on the iconic Jantar Mantar in the heart of the nation’s capital.

“On the one hand, you’ve strangled the whole city and blocked roads… now you want to go into the city and protest here?” Judge Khanwilkar attacked the bodies of the farmers.

The Court asked why the peasant organizations continued to protest even after the laws were challenged or brought to justice in the Supreme Court. “Are you protesting against justice then?” Once you approach the court, let the law take its course … Ravikumar, admonished the farmers’ organization.

Judge Khanwilkar asked the farmers if they had obtained permission from citizens living near the protest sites on national highways and public roads.

“Did you get permission from the citizens who live nearby? There is the right to demonstrate, but there is the right to use the public highway and free movement … Even the movement of defense personnel is obstructed. You block the trains and then say that you are demonstrating peacefully. There is no point in continuing to protest once you have come to court, ”said Judge Khanwilkar.

Mahapanchayat’s lawyer, Ajay Choudhary, said the police blocked the roads, not the farmers. The farmers only insisted on their right to protest peacefully.

The Judicial Branch ordered the petitioner to deliver a previous copy of his petition to the attorney general and closed the case for Monday. The court also ordered the organization to submit an affidavit “declaring that they are not part of the ongoing protest, blocking the roads.”

Kisan Mahapanchayat argued that the “manifestly discriminatory, arbitrary and unreasonable action” by the Delhi police to prevent them from keeping Satyagraha peaceful, unarmed and non-violent in a designated place in Jantar Mantar violates basic democratic rights declared as fundamental rights. under the Constitution.

The new measures will take effect from October 4, indicating that negotiations between India and the United Kingdom on the latter’s mandatory 10-day quarantine requirement have failed. Foreign Secretary Harsh Vardhan Shringla first raised the possibility of imposing reciprocal measures on September 21, as the UK has not relaxed the quarantine requirement until then.

Under the new regulations, all UK citizens arriving in India from the UK, regardless of vaccination status, will be required to undergo a COVID-19 RT-PCR test prior to departure within 72 hours prior to departure. trip, followed by similar tests upon arrival at the airport in India, which should be followed by another RTPCR test on the eighth day after arrival in India.

Other than that, UK travelers to India will need to be in “mandatory home or destination quarantine for 10 days after arriving in India”. The growing dispute over vaccination certificates and the quarantine period has overshadowed London’s long-awaited high-level visits to India.

Sources explained that the measure will not affect Non-Resident Indians (NRIs) staying in the UK with permits, but is likely to affect PIO and OCI cardholders as they may be UK citizens.

The new measures have been imposed although there is no tourist traffic from the UK to India at the moment, as New Delhi has not resumed issuing tourist visas. However, India’s move is understood to be viewed as “unexpected” by the British side which had witnessed “positive progress” in dialogue on relaxing the UK quarantine requirement for Indian nationals. However, well-informed Indian sources told The Hindu that the UK could make the necessary policy adjustments by October 4.

The Indian announcement comes days after the UK recognized the Covishield vaccine produced by the Serum Institute of India, but kept the 10-day quarantine period for fully vaccinated travelers from India, intensifying the gap between the two. parts. The UK moved India from the “Red List” to the “Orange List” on August 8, reopening tourist visas for Indian travelers, but maintained the 10-day quarantine period.

UK sources previously said that there were no problems with the Covishield vaccine, but that there were “technical difficulties” preventing the UK from connecting with the Indian side, which is a requirement for verifying vaccination certificates.

AISAM is the name given to the GoM headed by Shah. It includes Minister of Finance Nirmala Sitharaman, Minister of Commerce Piyush Goyal and Minister of Aviation Jyotiraditya Scindia.

The statement means that although the committee of secretaries has made a decision on who bagged Air India, it has yet to be approved by the government of Ministers. Earlier this month, Tata Sons and a group led by Ajay Singh of SpiceJet submitted their financial offers for Air India.

The government will sell its 100% stake in Air India, Air India Express and a 50% stake in the ground services company AISATS. Bids for the national airline are being sought at enterprise value rather than equity value, as the government changed the bidding parameter for Air India.

According to the plan, 15% of the total value of the business will have to be paid in cash to the government in advance and the remainder will be used to reduce the airline’s debt burden.

Daily NEWS Summary | 01-10-2021; Home Ministry (MHA) has simplified the process for indigenous peoples who wish to renounce their citizenship. Arrangements have been made for applicants to upload documents online, with a maximum limit of 60 days for the waiver process to be completed.

More than 6.7 lakhs of Indians renounced their citizenship between 2015 and 2019, Lok Sabha reported in February.

In 2018, the MHA revised Form XXII under the Citizenship Rules for Declaration of Renunciation of Citizenship, which for the first time included a column on the ‘circumstances / reasons why the applicant intends to acquire foreign citizenship and to renounce Indian citizenship ”.

An official familiar with the matter said there had been no sudden increase in the number of citizenship renunciation applications, but the online process had been launched to verify fraudulent documents and “reduce the burden of conformity”.

The ministry issued new guidelines on September 16 stating that the form, when completed online, must be uploaded, signed and submitted to the district magistrate’s office, if the applicant is in India, or the most important Indian mission. close, if he or she is in a foreign country. The applicant will also be interviewed by the DM before the certificate is issued, the ministry said.

In addition to the passport, the applicant must also present proof of address and proof of payment of fees. The ministry said that once a copy of the form is received, the entire process of issuing the certificate of resignation will take 60 days after “document verification”.

According to the 2009 citizenship rules, the citizenship renunciation fee for an applicant in India is 5,000, and for a person applying through an Indian mission in a foreign country, 7,000 . 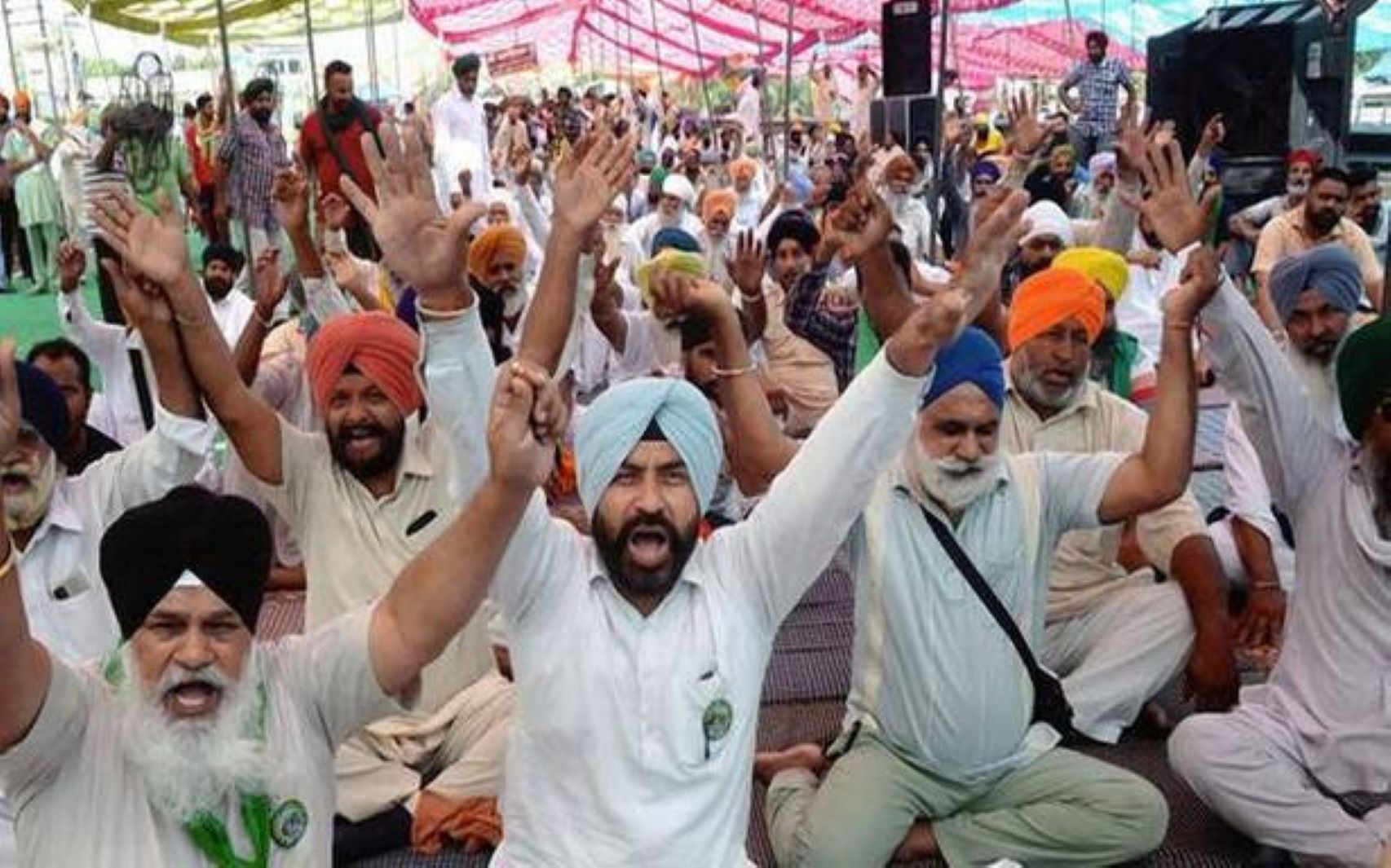