I am leaving Congress but will not join the BJP, says Amarinder

Daily NEWS Summary | 30-09-2021; Former Punjab chief minister Amarinder Singh made it clear that he would resign from the Congress party because he felt “humiliated” by the leaders who had replaced him with Charanjeet Singh Channi. More or less he also ruled out joining the BJP, despite his meeting with Union Interior Minister Amit Shah.

Singh met with national security adviser Ajit Doval, where he spoke about the security situation in the sensitive border state. The protracted farmers’ protest against the three controversial farm laws was an issue he discussed with Shah and indirectly with Doval, as the endless turmoil of the confrontation was hostile to state security.

Singh said that those who undermined the growing Pakistani threat in the Punjab were playing into the hands of anti-Indian forces by being in denial mode, a direct hit against Congress leader Navjyot Singh Sidhu. During his visit to Delhi, which he said was simply to collect his belongings from Kapurthala House (the official residence of the Chief Minister of Punjab in Delhi) and hand them over to his successor, Singh managed to shape his political plans quite clearly.

The prospects of seeing Singh float in his own party and even walk away with some congressmen who owe him loyalty seem open. His rhetoric and campaign will be based not only on a history of humiliation by Congress, but also on high nationalism and concern for problems affecting farmers and, most importantly, the need for a stable government that can guarantee border security.

The BJP, for its part eager to end its confrontation with farmer groups, especially in Haryana and Punjab, where its party members face hostility, is eager to pressure Singh to allow him to find a solution outside the labyrinth. of this question. Singh’s nationalist and anti-Pakistani credentials also make him a good fit in the BJP’s ideological calculus.

Daily NEWS Summary | 30-09-2021; The Supreme Court said that the government should take the lead to ensure that farmers’ organizations, which block the capital’s border arteries with Uttar Pradesh and Haryana against central farm laws, are left to efforts to solve the problem during almost a year.

A bench run by Justice S.K. Kaul said that the problem could be solved through debates in parliament or in the judicial forum, but that the roadblocks and the inconvenience to travelers cannot last forever. The court heard a petition from Noida resident Monica Agarwal, who said that the roadblocks caused by the protests had turned her daily commute between Noida and Delhi into a nightmare.

Attorney General Tushar Mehta noted that the farmers refused to participate in the talks before a high-level committee. Some stretches of roads have become inaccessible due to their protests. He suggested that farmers’ organizations be part of the current petition.

The court urged the government to take the initiative to turn them into parties rather than relying on Agarwal and other private citizens. Judge Kaul observed: “How will you know which organizations will become parties? “

The Chamber asked the government to submit a request for authorization to involve peasant organizations in this case. The court closed the case on Monday.

The court has always taken a nuanced stance on the issue, saying that farmers have the right to protest, but that their agitation must not interfere with movement or the movement of the public. He stressed that the solution to end the standoff between farmers and the government in the three farm laws rests with the government.

The protesting farmers have been camping on the outskirts of the capital for more than a year. Recently, U.P. and Haryana submitted affidavits to the court that despite “sincere efforts”, the farmers were not giving up.

Daily NEWS Summary | 30-09-2021; The Supreme Court has scheduled on October 20, a case concerning the commission of inquiry of Judge (retired) A. Arumughaswamy into the death of former Tamil Nadu Chief Minister J. Jayalalithaa in 2016.

A bench of Judges S. Abdul Nazeer and Krishna Murari postponed the hearing after senior lawyer Aryama Sundaram, who appears at the Apollo hospitals where Jayalalithaa died, cited a personal difficulty. The main supporter of the Tamil Nadu government, Dushyant Dave, has raised a strong objection to the postponement. However, the court agreed to hear the case after Dussera’s vacation.

At the previous hearing, the Board of Inquiry said that there were only four witnesses left to be interviewed and that the panel should be allowed to complete its work and present its investigative report to the Legislative Assembly of the state.

The proceedings before the Commission were stayed by the Supreme Court in April 2019 on the basis of an allegation by the Apollo Hospitals that the functioning of the Investigation Committee was “riddled with prejudice”.

In 2019, the court suspended the investigation after Apollo Hospitals alleged that the Commission, instead of conducting an impartial investigation, had become an adversary. Sundaram had defended the hospital that the proceedings before the committee of inquiry were causing “serious damage” to the reputation of the hospital.

Tamil Nadu, in 2019, urged the court not to stay the Commission’s proceedings. However, the court refused to oblige the state and proceeded to freeze the investigation.

Daily NEWS Summary | 30-09-2021; Up to eight Tamil prisoners in Sri Lanka’s Anuradhapura prison filed a petition with the country’s Supreme Court, seeking redress after an “armed” prison minister allegedly threatened them a fortnight ago.

The prisoners said they feared for their lives and asked to be transferred to a prison in the predominantly Tamil northern province. Jaffna MP and lead attorney M.A. Sumanthiran will appear for them in the case, media reported.

On September 15, Lohan Ratwatte, who was Minister of State for Prison Management and Prisoner Rehabilitation, resigned from the portfolio amid tremendous pressure, after allegations emerged that he asked Tamil prisoners to kneel, threatening them at gunpoint. Ratwatte remains a deputy minister in the Rajapaksa administration, overseeing the gems and jewelry portfolio, although government critics have demanded that he be sacked from all posts, citing the reported incident which drew much attention. indignation in the public.

In their petition, the detainees accuse the minister of having asked the detainees to form a semi-circle and “ordered them to kneel before him”. “He then started mistreating them in Sinhala saying that His Excellency the President had given him all the powers regarding the PTA prisoners and that he could release or shoot them. He had a gun in his hand and appeared to be drunk, ”the petition states. The minister’s office had previously denied any wrongdoing on his part.

The eight Tamil men, who sought redress from the Supreme Court through lawyer Moahan Balendra, who lives in Colombo, are in pre-trial detention after their arrest under the infamous Prevention of Terrorism Act (PTA ) from Sri Lanka.

Tamil rights activists and political leaders have long called for the repeal of the PTA, pointing to the tendency of various governments to use the law to attack dissidents or arbitrarily detain “terrorism suspects” for long periods without trial. .

Shortly after media reported the violent incident at the prison complex, allegedly linked to the Minister of Prisons, the country’s Human Rights Commission launched a suo motu investigation. International human rights monitoring bodies quickly condemned the minister’s actions. Human Rights Watch said the incident reflected “the disregard for human rights that prevails under the administration of President Gotabaya Rajapaksa, and in particular the vulnerable position of those detained under the PTA.”

About 69% of the country’s adult population has received at least one dose of the COVID-19 vaccine and 25% have taken both doses, the government said. They added that increasing population density increases the chances of the spread of COVID-19 and that it will be prudent to avoid non-essential travel and observe the holidays at a discreet pace.

The government said that 64.1% of COVID-19 vaccine doses were administered at vaccination centers in rural areas and 35% in urban areas. A total of Rs 67.4 lakhs of doses (about 0.88%) were administered at vaccination centers not identified as rural or urban, he said. He said that 59.66% of the total COVID-19 cases last week were reported in Kerala and that the state has more than one lakh of active cases.

The government also emphasized that the number of COVID-19 tests has not decreased and that between 15 and 16 lakh of tests are performed every day in the country.

Production in India’s eight key sectors accelerated for the second month in a row in August, increasing by 11.6%, from a 6.9% contraction recorded a year ago, and four sectors registering a 6.9% decline. a year ago. crude oil and fertilizer production decreased. August production was 3.9% above pre-COVID levels compared to July, which was 1.1% above 2019 levels.

The monsoon is expected to begin withdrawing from the mainland from October 6, the Indian Meteorological Department said, as the country has recorded an average of almost 87 cm of rainfall in the subdivisions, just below the almost 88 cm you normally get during the monsoon. The amount of rain during the monsoon is counted as that received between June 1 and September 30. September’s precipitation of 223mm was the second highest since 1993, when it reached 239mm (40% above normal). In 2019, India recorded almost 250mm, around 52% more than normal. 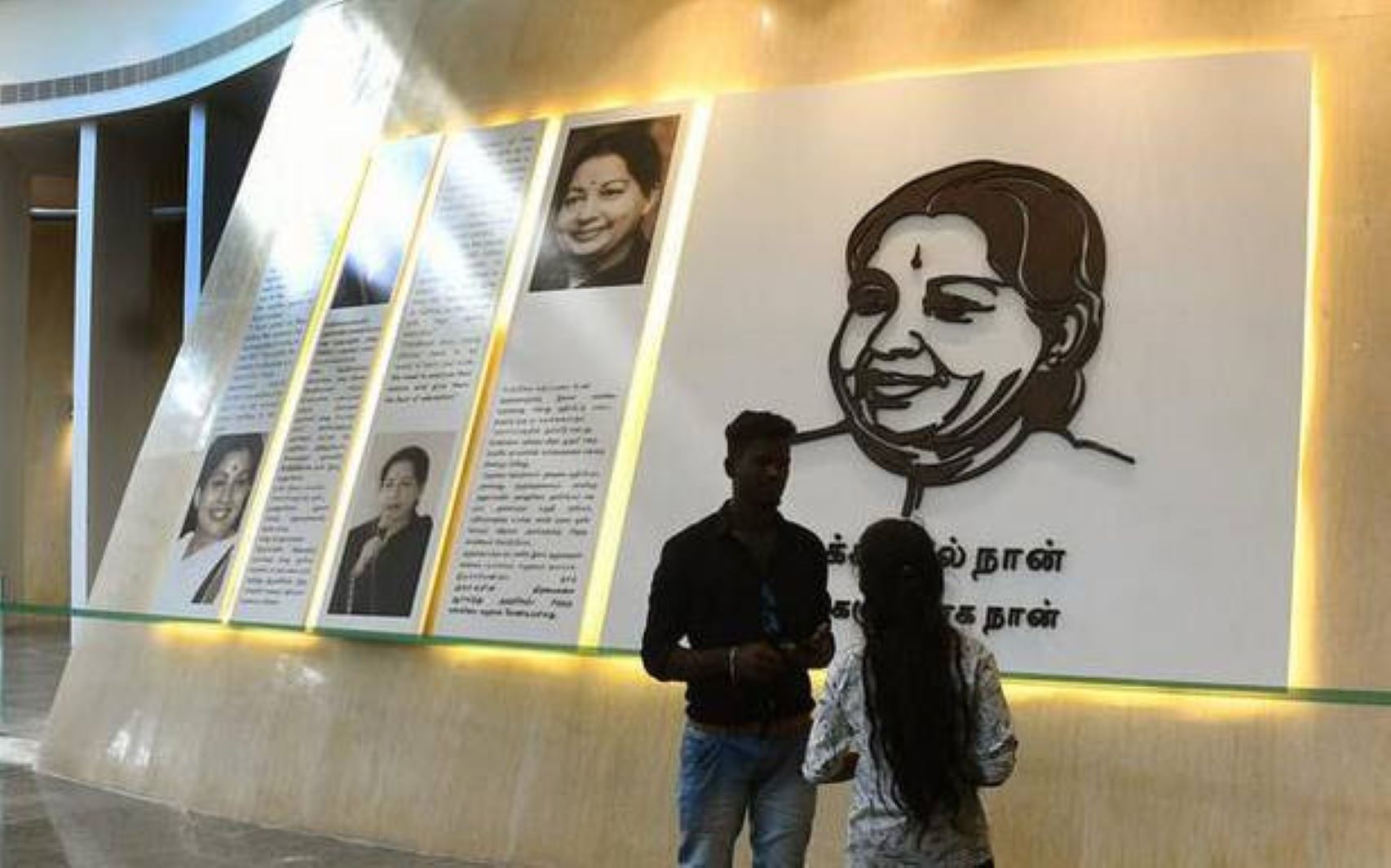