Daily NEWS Summary | 27-09-2021; The call for Bharat Bandh today by Samyukt Kisan Morcha to protest against three controversial agricultural laws passed by the government, sparked mass protests and the closure of markets and institutions exactly one year after the president gave his consent.

The SKM, a platform of agricultural unions that has come together to protest the contentious laws, whose members marched to Delhi borders by tens of thousands 10 months ago to demand that the three laws be repealed . Call for a Bharat Bandh between 6 a.m. and 4 p.m. Monday, had the support of major political parties, including Congress, Left, Akali Dal, YSR Congress, Trinamool, Aam Aadmi Party, Samajwadi Party, Bahujan Samaj Party, Rashtriya Janata Dal and Dravida Munnetra Kazhagam . Trade unions and transport unions have also supported the bandh in parts of the country, although some have refused to shut down

In Kerala, the bandh ended in most of the state with a total closure of normal life. There has been a lukewarm response in Karnataka, with some protesters arrested in Bengaluru. Heavy rains in Telangana and Andhra Pradesh put an end to protest activities, but the farmers’ cause was supported by most political parties, including the PA’s ruling YSRCP, which suspended the public bus services and declared school holidays. Farmers’ bodies have also staged protests in parts of Tamil Nadu.

Markets were closed and public transport was removed from the roads in Odisha and Jharkhand. The RJD and congressional workers have blocked roads and railroads in parts of Bihar. Protests took place in parts of Rajasthan and rail services were affected in border districts. There was little impact on normal life in Mumbai, Madhya Pradesh, Gujarat, Assam or Arunachal Pradesh.

Vehicle traffic has been disrupted on national and state highways across much of Punjab and Haryana, with virtually no public transport, buses or taxis on the roads. Shops and commercial establishments have been closed in many parts of the two states, which make up the bulk of the protesting unions, although the situation is normal in their shared capital, Chandigarh.

Railroad tracks were blocked at more than 20 locations in the northern area, and the railways said at least 25 trains were hit in the morning. Blocked rail lines have also been reported in parts of Bihar and West Bengal.

In the national capital, there were huge traffic jams in Gurugram and Ghazipur when Delhi’s borders with Haryana and Uttar Pradesh suffered heavy security due to protests from farmers when Delhi police instituted intensive controls of vehicles entering the city .

Daily NEWS Summary | 27-09-2021; The center-left Social Democrats in Germany’s national elections defeated the center-right Union bloc of outgoing Chancellor Angela Merkel in a close fight. Election officials said a count of 299 constituencies showed the Social Democrats won 25.9% of the vote, compared to 24.1% for the Union bloc. But Merkel, who has been chancellor for 16 years, will remain in charge until the way forward is clear, as the results so far say nothing about who will succeed her or what the next government will look like.

Green environmentalists ranked third at 14.8%, followed by pro-business Free Democrats with 11.5%. The two sides have already indicated that they are willing to discuss the possibility of forging a three-way alliance with one of their two biggest rivals to form a government.

The far right alternative for Germany came in fourth with 10.3%, while the left party took 4.9%. The party, known by its German acronym AfD, has not put its central issue, migration, on the campaign’s agenda this year. The German left-wing party has infiltrated parliament, although it did not meet the required 5% threshold.

The left, which has its roots in part in the Communist Party that ruled East Germany for decades, managed to win three constituencies in the September 26 elections. If he had not been able to win those constituencies, he would have been kicked out of the Bundestag, as he is currently only expected to receive 4.8% of the vote.

Another party, the Southern Schleswig Voters Association, is expected to win its first seat in parliament since 1949, German public broadcaster ARD reports. Election officials said the party is exempt from the 5% rule because it represents a national minority group, the Danes of northern Germany.

Voters in the German capital backed a proposal by the Berlin regional government to take back nearly 250,000 apartments worth billions of dollars from business owners to curb rising rents. A near-complete tally of the Sept. 26 referendum showed 56.4% of voters in favor of the measure and 39% against. Both the Social Democrats and the Greens won the elections, but the Greens hoped for better results.

Public television projections, based on exit polls and advance counts, put voter support at around 26% for Social Democrats and around 14% for Greens.

Supporters of the Social Democrats waved the party’s red flags, burst into chants, and stormed long-running party candidate Olaf Scholz who took the stage at the party’s headquarters in Berlin.

Scholz thanked the crowd, voters and activists across the country. he stating on September 26 that the party had managed to obtain votes in three separate elections: at the national level, in Berlin and in the state elections in Mecklenburg-Western Pomerania. Michael Mueller, the outgoing mayor of Berlin who was running for a seat in the country’s national parliament, said to the crowd: “I couldn’t be happier tonight.”

Daily NEWS Summary | 27-09-2021; With the promise of healthcare just a click away, Prime Minister Narendra Modi has launched the Ayushman Bharat digital mission to provide a digital health identifier to people who will hold their medical records.

Building on the foundations established in the form of Trinity Jan Dhan, Aadhaar and Mobile (JAM) and other government digital initiatives, Ayushman Bharat Digital Mission will create a seamless online platform by providing a broad portfolio of data services, information and infrastructure. , making full use of open, interoperable and standards-based digital systems, while ensuring the security, privacy and confidentiality of personal health-related information, according to the Prime Minister’s office (PMO).

It will allow citizens to access and exchange longitudinal health records with their consent, the PMO said.

Key elements of Ayushman Bharat’s digital mission include a health identifier for each citizen that will also function as a health account, to which personal health records can be linked and viewed using a mobile app, a professional record (HPR ) and Health Facility Records (HFR) that will serve as a repository for all health care providers in modern and traditional medicine systems.

This will ensure ease of doing business for doctors, hospitals, and healthcare providers.

The Ayushman Bharat digital mission sandbox, created as part of the mission, will serve as a framework for testing technologies and products that will help organizations, including private actors, that intend to be part of the national digital health ecosystem to become providers of Health. information. or a user of health information or an effective link to the basic components of the Ayushman Bharat digital mission, the PMO said.

This mission will create interoperability within the digital health ecosystem, similar to the role the unified payment interface plays in the payments revolution, he said.

Daily NEWS Summary | 27-09-2021; Amid speculation that Luizinho Faleiro could join the Trimanool Congress, the former prime minister and congressman from Goa resigned as a member of the state legislature on Monday, raising the government’s strength to four parties within the Assembly of 40 members.

Faleiro, who represented the seat of the Navelim Assembly and was recently appointed head of the Goa Congressional Campaign Committee following national elections slated for next year, has tendered his resignation to Assembly Speaker Rajesh Patnekar .

Congress won 17 seats in the 2017 State Assembly election, but several MLA members later resigned from the party. In July 2019, 10 MPs left the party and joined the ruling BJP. “Mamata is the one who gave Narendra Modi and his giant a fight,” he said.

He added that the “Mamata formula” has won in West Bengal. Meanwhile, TMC chief Derek O’Brien told PTI in Goa on Saturday that the party will run in the upcoming assembly elections and is in contact with various local leaders. The party will soon announce its main cabinet candidate. 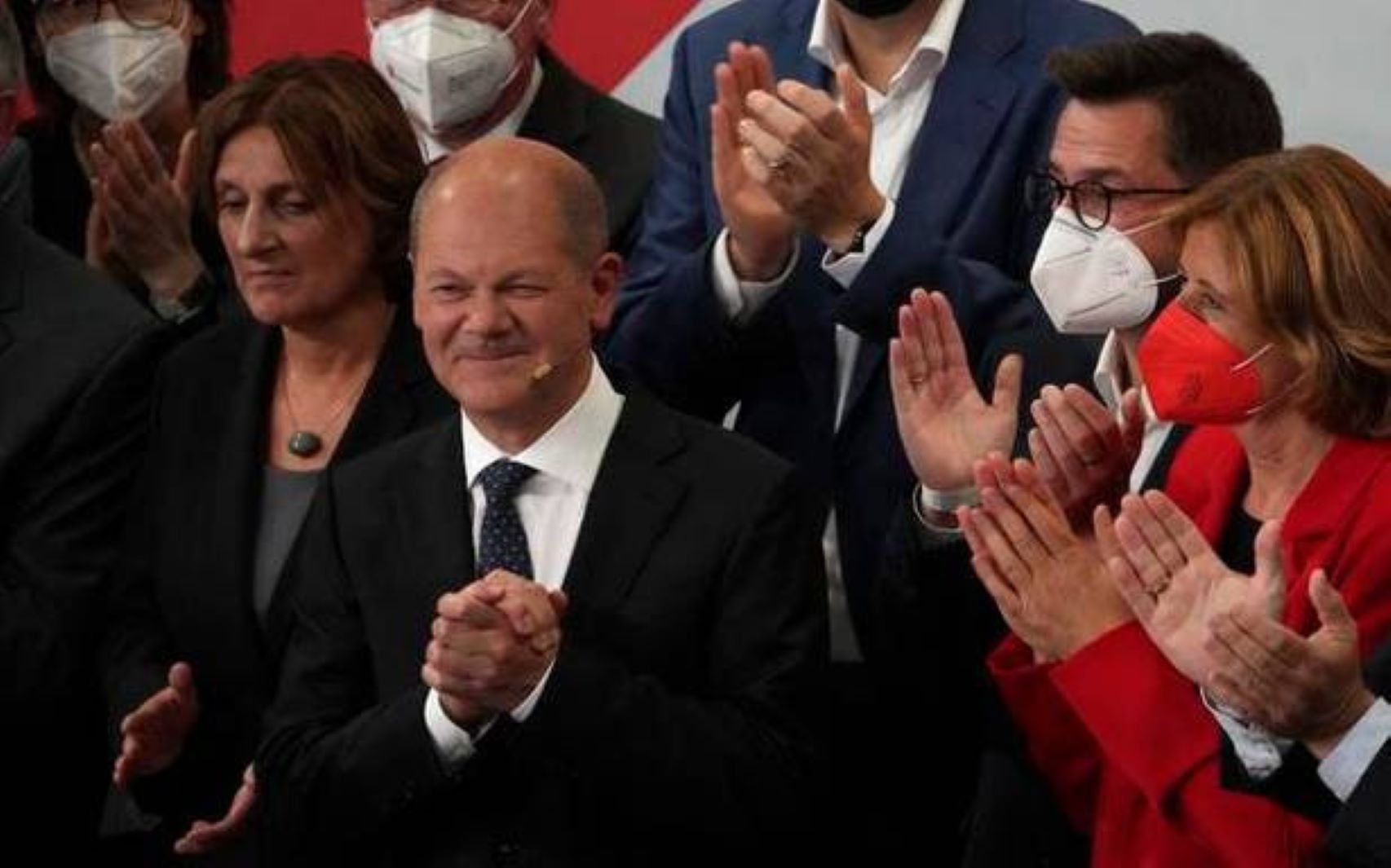