Diversity is the identity of our strong democracy, Modi tells the United Nations General Assembly

Daily NEWS Summary | 25-09-2021; Addressing the United Nations General Assembly session, Prime Minister Narendra Modi said that he represented a country proud to be known as the mother of democracy and said that “democracy can deliver,”.

Modi said: “We have a great tradition of democracy that goes back thousands of years.”

“I represent a country proud to be known as the mother of democracy. On August 15 this year, India celebrated 75 years of its independence, ”he said.

The Prime Minister said that the strength of Indian democracy lies in its diversity.

“It is a country with dozens of languages, hundreds of dialects, different ways of life and cuisines. It is the best example of dynamic democracy, ”declared the Prime Minister.

“Soon I will have spent 20 years serving my compatriots as head of government. First as Gujarat’s longest-serving prime minister, then as prime minister for the past seven years, ”Modi said, adding that democracy had fallen short.

Modi said that “backward-thinking” countries that use terrorism as a “political tool” must understand that this is an equally important threat to them too, in a veiled attack on Pakistan that is often accused by its neighbors of providing refuge. terrorists.

The prime minister also said that to strengthen the rules-based world order, the international community must speak in unison, apparently referring to China showing off its military muscles in the Indo-Pacific.

Noting that the world faces a growing threat from regressive thinking and extremism, Modi said that countries that use terrorism as a political tool must understand that terrorism is an equally important threat to them.

“It is absolutely essential to ensure that Afghan territory is not used to spread terrorism and for terrorist activities,” he said. “We must also ensure that no country tries to take advantage of the delicate situation in Afghanistan and use it for its own selfish interests. Pakistan’s neighbors, including Afghanistan and India, and the United States have long accused Islamabad of offering refuge and support to militants, a charge he denies. Modi said that the oceans are also a shared heritage. “Our oceans are also the lifeblood of international trade. We must protect them from the race for expansion. The international community must speak with one voice to strengthen a rules-based world order, ”he added.

Daily NEWS Summary | 25-09-2021; The Odisha government issued a warning for Cyclone Gulab, which is expected to cross the coast between its southern and northern districts of Andhra Pradesh at a wind speed of 75 to 85 km / h on the night of September 26.

Although the anticipated wind speed for the cyclonic storm may not be very destructive, the associated heavy rains are likely to cause landslides and flooding in some southern districts.

The Director General of the Indian Meteorological Department (IMD) Mrutyunjay Mohapatra informed the meeting of the National Crisis Management Committee (NCMC) chaired by Cabinet Secretary Rajiv Guba that the cyclone would mainly affect the districts of Srikakulam, Vizianagaram and Vishakhapatnam in Andhra Pradesh, Ganjam and Gajapati from Odisha.

“The deep low over the northwest and adjacent Midwest of the Bay of Bengal has moved almost west at a speed of 7 km / h for the past 6 hours, intensified by cyclonic storm ‘Gulab’ (pronounced Gul- Aab) and centered in the northwest and contiguous to the west-central Bay of Bengal, about 370 km east-southeast of Gopalpur (Odisha) and 440 km east of Kalingapatnam (Andhra Pradesh) ”, indicates an IMD bulletin.

“The system is likely to move almost to the west and cross northern Andhra Pradesh and the southern coast of Odisha between Kalingapatnam and Gopalpur on the night of September 26 (Sunday),” he said.

In 2018, Cyclone Titli, which hit the same region of Odisha, left many people dead in the floods and landslides that followed. This time, seven districts of Ganjam, Gajapati, Koraput, Malkangiri, Nabarangpur, Rayagada and Kandhamal were urged to remain vigilant.

Odisha’s government is also closely monitoring the flooding situation in rivers such as Rushikulya, Vansadhara and Nagabaali which flow into the southern districts.

Daily NEWS Summary | 25-09-2021; Congress has decided to lend more than its arm to the farmers’ protest that has been going on for a year. The party will join the “Bharat Bandh” convened by Samyukta Kisan Morcha on September 27 to mark the first anniversary of the passage of the three controversial agricultural laws in parliament, the party announced on Saturday.

Party spokesman Gourav Vallabh said Narendra Modi’s government has systematically attacked the agricultural sector over the past seven years. In early 2014, the Modi government drafted the Land Acquisition Ordinance to usurp agricultural land in the name of strategic sectors, but the government had to drop this bill, he said.

In 2015, Vallabh said, the government in an affidavit to the Supreme Court presented that the markets would be distorted if the MSP decided according to the formula established by the Swaminathan Commission.

“Meanwhile, the government has found a way to divert the agricultural budget to private insurance companies by bringing in Prime Minister Kisan Bima Yojana,” Vallabh said.

It was the Modi government that first imposed a tax on major farm implements, tractors, pesticides and seeds, the congressional spokesperson said. “According to a study, over the past seven years the cost per hectare of agriculture has increased by 25,000 rupees due to indirect taxes imposed on agriculture,” he added.

“The Modi government is responsible for the total ruin of the agricultural sector. And now they are turning a blind eye to farmers who have been demonstrating for nine months in defiance of the elements on the Delhi border. 600 farmers died in this upheaval, but the government still insists on not talking about agricultural laws, ”added Vallabh.

Congress supports farmers’ demand for the withdrawal of laws and for legal support for the MSP, he said.

The RJD demands a caste census

Daily NEWS Summary | 25-09-2021; Leader of the opposition in the Bihar Assembly, Tejashwi Yadav wrote to 33 senior political leaders to insist on the demand for a caste census.

Led by Prime Minister Nitish Kumar, whose JD (U) party has been a ruling ally of the BJP, leaders of the opposition party in Bihar previously met with Prime Minister Narendra Modi to present their demand for a census based on castes.

“The demand for caste-based censuses should be seen as an essential step in nation-building. The caste census, once taken, would bring to the fore urgent concerns that a country like India must deal with with a sense of urgency. This is a historic opportunity for us to advance an agenda that is essential to make this country fairer and more equal. This would play a key role in ensuring social harmony and social cohesion, ”Yadav wrote in a letter to the leaders.

“I am sure that you will agree with me that we must unite and pressure the government in power to see this absolutely critical need to prioritize the socio-economic development of our country. I am open to your suggestions and contributions so that we can immediately prepare our action plan in this regard without further delay, ”Yadav wrote in the letter conclusively.

Earlier, on September 24, he said that he would await a response from Bihar Prime Minister Nitish Kumar on the central government’s decision that it would not be possible to conduct a caste-based census in the country. Yadav’s father and Rashtriya leader, Janata Dal Lalu Prasad, also wondered why the BJP / RSS had “so much hatred against backward-class people.”

Yadav also called for a boycott of BJP ministers and members of the Other and Extremely Backward class party. 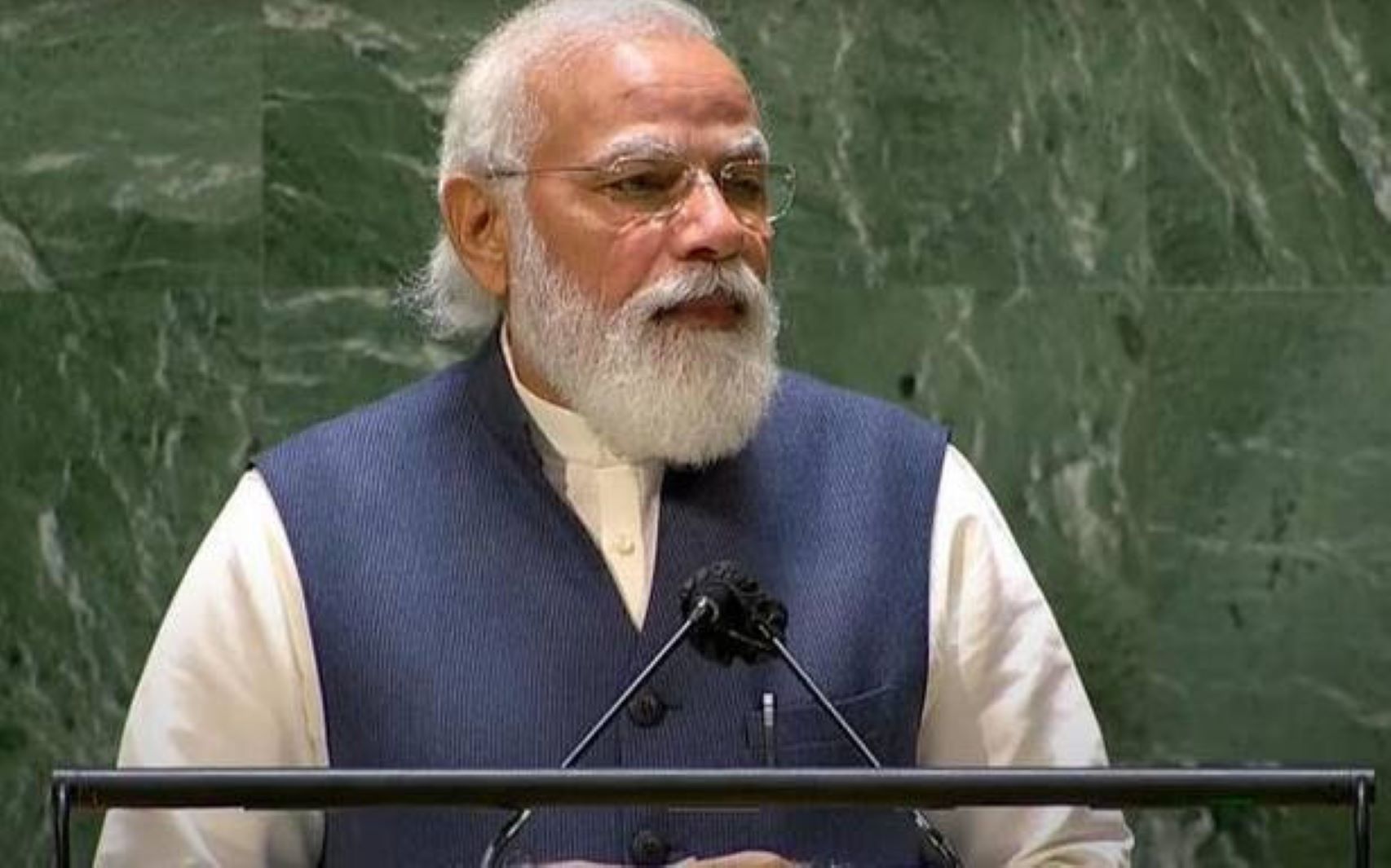