The UK includes Covishield on the list of recognized vaccines, but India remains on the “Amber” list

Daily NEWS Summary | 22-09-2021; The UK officially recognized the Covishield vaccine Covid-19 produced by the Serum Institute of India (SII). The recognition will be effective as of 4 a.m. October 4. However, it was said that the debate on vaccination certificates was still ongoing.

Wednesday’s announcement did not include any changes to India’s position on the “Amber List“, while the UK allowed 18 countries to be on the “Green List”.

This occurred one day after Foreign Minister S. Jaishankar met with his British counterpart Liz Truss in New York on the sidelines of the current United Nations General Assembly and urged the United Kingdom to address the problem. Covishield status issue and 10-day quarantine requirement for Indian travelers.

Recognition of Covishield is not a problem for the UK and the real challenge is the vaccination certificates from India. UK High Commission officials said they were still in discussions “about vaccination certification with the Indian government,” indicating that a final decision on whether or not to include India on the vaccine list has yet to be made.

British High Commissioner Alex Ellis, in an interview, noted that “a lot of people” were traveling from India to the UK and that his country had had a “detailed conversation” internally about India’s vaccination certificates. Starting at 4am on October 4, the UK will remove the traffic light system from the “red, amber and green” lists and create a single “red list” to ensure greater ease.

London has allowed 18 countries, including Canada, Denmark, Antigua and Barbuda, to be on the “Green List“, allowing double-vaccinated travelers from those countries to travel to the UK without a quarantine requirement. Current rules and Covishield recognition mean that a traveler from ‘Green List’ countries can use the Covishield vaccine before flying to the UK, but an Indian traveler from India will still have to undergo a 10-day quarantine. despite the use of the same vaccine.

According to the latest announcement, UK-approved vaccines will need to be administered 14 days before traveling to that country. Britain removed India from the “Red List” and placed it on the “Orange List” on 8 August, eliminating the institutional or hotel quarantine requirement for Indian travelers, but maintaining the need for home quarantine for 10 days. . There have been no changes to India’s position on the “Amber List” and the requirement for a 10-day private quarantine stay has also been maintained.

On Tuesday, Foreign Secretary Harsh Vardhan Shringla said India could impose “reciprocal measures” if the UK continues its policy on Covishield. He called it “discriminatory”.

Daily NEWS Summary | 22-09-2021; On Wednesday, the Supreme Court pressed the military to live up to its reputation as “the best response team we have” to deal with an emergency, remove wrinkles and make history by allowing women to pass exam in November this year.

The court was responding to a statement made by the Ministry of Defense (MoD) in an affidavit that it had the “mechanism” to incorporate women into the NDA by May 2022.

Lead attorney Chinmoy Pradip Sharma and attorney Mohit Paul, for petitioner Kush Kalra, countered that if the NDA entrance examination was announced in May 2022, the examination itself would take place later in September. That would mean that the effective induction of female cadets into the prestigious military academy, the gateway to all three services and a male stronghold, would come in 2023, a full year delay.

A bench of judges Sanjay Kishan Kaul and B.R. Gavai said it is time for the military to buckle up and “get started.” The court refused to revoke its August 18 order for women to sit for the NDA entrance exam in 2021. The exam is scheduled for November.

The Defense Ministry, represented by Additional Attorney General Aishwarya Bhati, urged the court to allow the November 2021 exam to continue as before, without the women taking it. He claimed that the military establishment would need at least six months to “prepare” for the start of the process of inducting women into the NDA. Bhati claimed that a study group had been formed to investigate the infrastructure and course requirements for female cadets in the NDA.

But the court made it clear that while it was in favor of giving the study group time, it did not want to delay women on the exam. “We do not accept this situation. The armed forces treat everything as an emergency. They are the best response team we have. They face much more difficult situations at the borders of the country, they can face it. Do not ask us to cancel our order [of August 18], ”Judge Kaul addressed the Ministry of Defense.

The court said it understood that the inclusion of women in the NDA was a “big step” for the armed forces, but “we believe the process of examining women should begin without delay.”

Judge Kaul said: “We will not allow anything that diminishes the aspirations of women. We will only give you [the military] enough time to smooth out the wrinkles, but we will not allow you to go back. “

The court asked the Union Civil Service Commission (UPSC) not to delay the publication of a bug fix on the NDA exam notice announcing that candidates would be allowed to take it. “Don’t put the train in reverse,” Judge Kaul told UPSC, represented by defender Naresh Kaushik.

Kaushik said UPSC is waiting for the Defense Ministry to specify the medical and aptitude requirements of applicants in order to issue the correction. The court asked the ministry to do what is necessary in this regard. However, she said the ministry should be given “wiggle room” to set tentative parameters for female candidates, as the task force was still examining the matter. He noted that the case would remain pending. I wanted to see the outcome of the November exam, including the number of candidates who would apply and pass. The court released the case for a hearing on a Tuesday in the third week of January.

NDMA for 50,000 as a courtesy for relatives of those who lost their lives due to COVID-19, the center told the Supreme Court

Daily NEWS Summary | 22-09-2021; The National Disaster Management Authority (NDMA) has recommended that 50,000 rupees be handed over to relatives of those who have died of COVID-19, the Supreme Court Center informed on Wednesday.

He said gratis assistance will also be provided to the families of those who have died from the virus due to their participation in COVID-19 relief operations or activities associated with preparedness to deal with the pandemic.

On September 3, the High Court expressed its dissatisfaction with the delay in drafting guidelines for issuing death certificates to families of people who have died from COVID-19. In its June 30 verdict, the superior court ordered the NDMA to recommend within six weeks the guidelines for ex gratia assistance due to the loss of the lives of relatives of those who died from COVID-19.

Daily NEWS Summary | 22-09-2021; Turkish President Recep Tayyip Erdogan once again raised the Kashmir issue in his address to world leaders at the high-level session of the United Nations General Assembly.

Also last year, Erdogan, in his pre-recorded video statement for the general debate, referred to Jammu and Kashmir. India called it “completely unacceptable” at the time, saying Turkey should learn to respect the sovereignty of other nations and think more deeply about its own policies.

The Foreign Ministry (MEA) at the time said Erdogan’s comments did not reflect an understanding of the history and conduct of diplomacy and would have strong implications for India’s relations with Turkey.

He said India rejects Turkey’s repeated attempts to justify cross-border terrorism “so blatantly practiced” by Pakistan. In his speech on Tuesday, the Turkish president also referred to China’s Uighur Muslim minority in Xinjiang and the Rohingya in Myanmar during his speech.

Singh, who will be the 23rd vice chancellor of the DU, will succeed Yogesh Tyagi, who was suspended last October on allegations of irregularities and failure to perform his duties. Tyagi was the first VC in the university’s history to face such action. Since then, Professional Vice Chancellor PC Joshi has held the highest position. 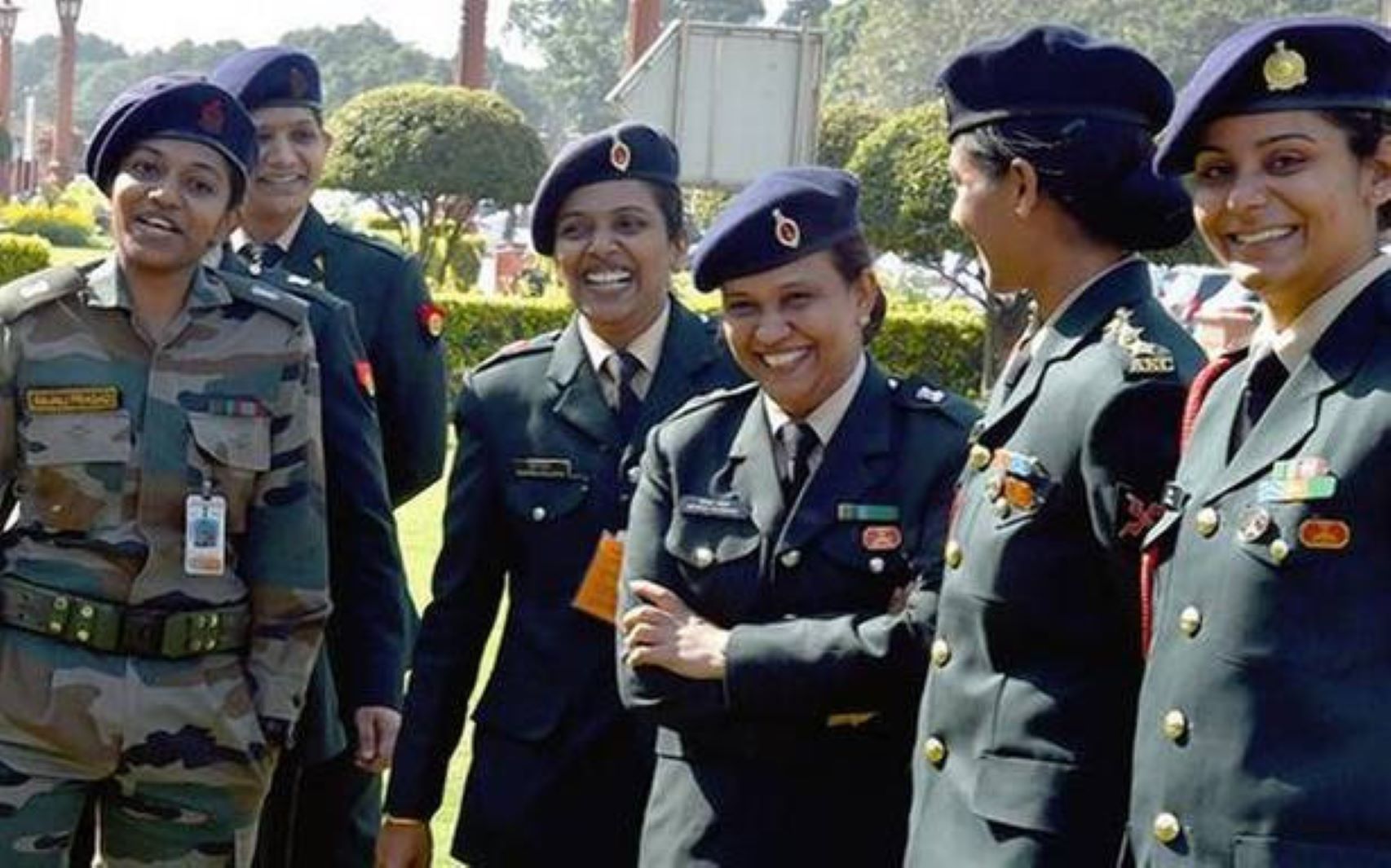