Daily NEWS Summary | 21-09-2021; India could impose “reciprocal measures” on the UK if London maintains the current quarantine policy which subjects Indian travelers “regardless of their vaccination status” to a 10-day quarantine period, said Foreign Secretary Harsh Vardhan Shringla on Tuesday. There is an option for mutual recognition of vaccination certificates, he told a press conference.

These comments came hours after Foreign Minister S. Jaishankar met his British counterpart Liz Truss in New York on the sidelines of the United Nations General Assembly. He noted that the UK’s policy of imposing 10 days of quarantine on people vaccinated with Covishield revealed a loophole in UK policy regarding vaccines made in India. This policy has harmed Indian nationals traveling to the UK, he noted.

Earlier, Jaishankar had said he raised the issue with Truss and “called for a speedy resolution of the issue for their mutual benefit.” It has also been learned that Covishield’s recognition of IBS is not a problem for the UK and that the real problem is the vaccine certificate, which gets bogged down in procedural and technical issues with the database of British health.

Earlier, a spokesperson for the UK High Commission said: “We are working with the Indian government to explore how we could extend UK recognition of vaccine certification to people vaccinated by a relevant public health body in India.”

The mechanism for integrating cadets into the NDA will be ready in May 2022, the defense ministry told the Supreme Court.

Daily NEWS Summary | 21-09-2021; The government has informed the Supreme Court that it is proposing to have the “mechanism” to incorporate cadets into the National Defense Academy (NDA) for their entry into the armed forces, which will be ready in May 2022.

The Defense Department told the court in an affidavit that the Union Public Services Commission (UPSC) will include women in the notice of the NDA review due to be released in May 2022.

“The government, in accordance with its commitment, affirms the clear and categorical position that women candidates will be considered to join the three defense services, in the existing currents, through the National Defense Academy. The examination entry for entry into the NDA is organized twice a year.

The government proposes to have the necessary mechanism for May 2022, that is to say the time when UPSC must publish the first notification of 2022, for the entrance examination to enter the NDA ”, states a brief affidavit of the ministry.

With this, the way is clear for women to train alongside men in the NDA, seen as a male stronghold. Following last year’s Supreme Court ruling, which resulted in a standing commission for female officers, this is the second time the court has pushed the Armed Forces toward gender equality.

The two leaders held a telephone conversation on Tuesday, a statement from Macron’s office said, also raising issues such as the crisis in Afghanistan. Last week, France withdrew its ambassadors from the United States and Australia after Australia canceled its previous nuclear submarine deal with France.

Australia said last week that it would cancel an earlier agreement in 2016 with the French naval group to build a fleet of conventional submarines and instead build at least eight nuclear-powered submarines with American and British technology after entering into a partnership of trilateral security. France called it a stab in the back. China, in turn, denounced a new Indo-Pacific security alliance between the United States, Britain and Australia, warning of an intensification of the arms race in the region.

India’s religious makeup has been stable since 1951, according to a Pew Center study

Daily NEWS Summary | 21-09-2021; The religious composition of India’s population since Partition has remained largely stable, with Hindus and Muslims, the two largest religious groups, showing not only a marked decline but also a convergence in fertility rates, according to a new study published by the Pew Research Center, a non-profit organization based in Washington DC.

The study, based on data from India’s decennial census and the National Family Health Survey (NHFS), examined the three main factors known to cause changes in the religious composition of populations, fertility rate, migration, and conversions.

Regarding fertility rates, the study found that Muslims, who had the highest fertility rate, also had the greatest decline in fertility rates. From 1992 to 2015, the total fertility rate for Muslims fell from 4.4 to 2.6, while that of Hindus fell from 3.3 to 2.1, indicating that “the maternity gaps between Indian religious groups are much smaller than before. “

Interestingly, of India’s total population of 1.2 billion, around 8 million did not belong to any of the six major religious groups. Within this category, made up mainly of Adivasis, the largest group was Sarnas (almost 5 million members), followed by Gond (1 million) and Sari Dharma (510,000).

Regarding migration as a driver of change in religious composition, the study indicates that since the 1950s, migration has only had a modest impact on the religious composition of India. More than 99% of people living in India were also born in India, and immigrants leaving India are three times more numerous than immigrants, with “Muslims more likely than Hindus to leave India” , while “immigrants to India from predominantly Muslim countries are disproportionately Hindu. Religious conversion has also had a negligible impact on the overall makeup of India, with 98% of Indian adults still identifying with the religion in which they are they were raised.

UN chief Antonio Guterres calls for dialogue between the United States and China, warns of divisions in the UNGA

“I am afraid that our world is heading towards two different sets of economic, commercial, financial and technological rules, two divergent approaches to the development of artificial intelligence and, ultimately, two different military and geopolitical strategies,” Guterres said in inaugurating the UNO Annual general conference.

The summit will feature the first address to the global body of the President of the United States, Joe Biden, who has described an authoritarian and rising China as the supreme challenge of the 21st century. Chinese President Xi Jinping will also address the United Nations, but by video in light of COVID-19 restrictions.

Guterres said divisions between the two powers have delayed efforts on other key priorities, including the cancellation of coups. Since February, the military has taken control of Myanmar and Guinea, and the West-backed Afghan government has collapsed in the face of the Taliban.

Daily NEWS Summary | 21-09-2021; Housing and Urban Affairs Minister Hardeep Singh Puri said on that another 600 workers would join the Central Vista Avenue redevelopment project, which was due to be completed before the Republic Day parade in 2022.

Puri, who visited the site on Tuesday to review the work, said he was confident the project would be ready in time for the R-Day parade next year. “3,400 workers are working day and night on the site to make up for lost time due to the rains. 600 more workers will be added to the workforce in one week, ”Puri said in a tweet.

As part of the Central Vista renovation project, the Central Vista Avenue remodel began earlier this year. It includes new public services for visitors, the overhaul of the Gateway of India gardens and the development of infrastructure for the annual parade.

Daily NEWS Summary | 21-09-2021; Businessman Raj Kundra was released today from a Mumbai prison, a day after a Mumbai Magistrates’ Court granted bail to the main defendant in a pornographic film case in which he was arrested two months ago.

Kundra was released from Arthur Road Prison shortly after 11:30 a.m., a prison official said. Chief Magistrate Metropolitano S.B. Bhajipale on September 20 authorized the application of Kundra’s bond by providing a bond of 50,000.

Kundra’s associate and co-accused Ryan Thorpe, who was arrested with him on July 19, has also been released on bail by the court in the case involving the alleged creation of pornographic films and their publication through certain apps.

The 46-year-old businessman has been held in Arthur Road Prison in central Mumbai under judicial custody. Kundra, the husband of Bollywood actress Shilpa Shetty, was arrested by the Mumbai Police Criminal Section after being convicted under relevant sections of the Indian Penal Code, the Information Technology Act and of the law on the indecent representation of women (prohibition).

Kundra filed a bail statement with the Metropolitan Magistrates Court on Saturday, days after police filed a further indictment in the case. In the statement, presented through attorney Prashant Patil, Kundra said there was not an iota of evidence to date with the charge that would link the “Hotshots” app, used in the alleged trafficking in pornographic films, with a crime according to the law. .

According to the investigative agency, the defendants were using the “Hotshots” app to download and distribute obscene content. The businessman claimed that there was no evidence that he was “actively” involved in the creation of allegedly questionable pornographic content.

Kundra claimed that he was falsely implicated, that he had not even been named in the FIR and that he was dragged by the accused (the police) into the case. The businessman claimed in the guilty plea that they made him a “scapegoat” for reasons better known to investigators.

On Tuesday, the government appointed Deputy Chief of the Air Staff, Air Marshal Vivek Ram Chaudhari, as the next Chief of the Air Staff (CAS). The current CAS, Air Chief Marshal R.K.S. Bhadauria, will retire on September 30. “The government has decided to appoint Air Marshal VR Chaudhari, currently Deputy Air Chief of Staff, as the next Air Chief of Staff,” said a statement from the Ministry of Air. Defense. Typically, new department heads are announced two to three months in advance to give the designated manager time to move into the new role. 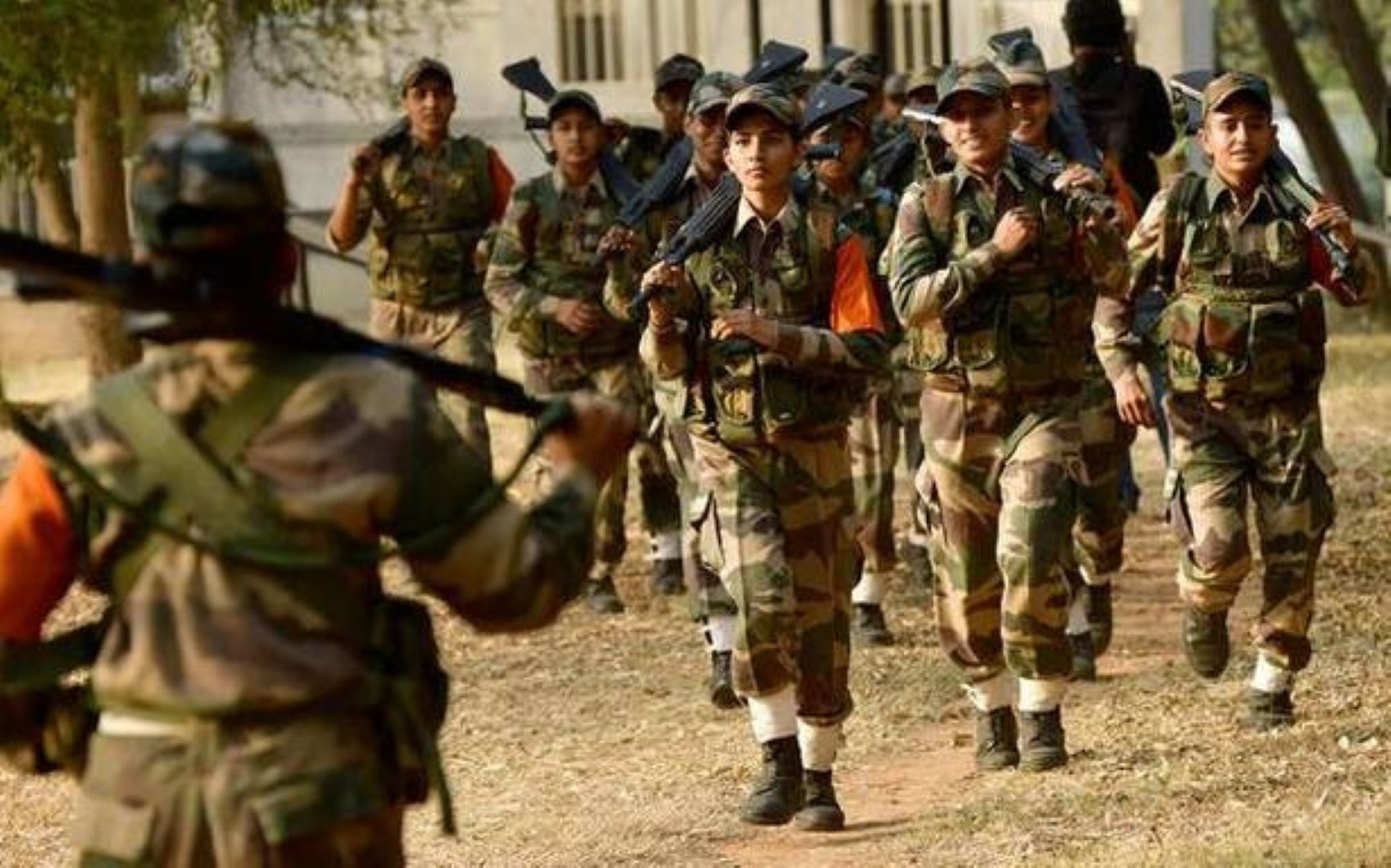