Ford will stop making cars in India; 4,000 employees will lose their jobs

Daily NEWS Summary | 09-09-2021; Ford, based in the United States, announced a restructuring of the Indian operation whereby the company will stop manufacturing vehicles at its two factories in the country, causing the loss of jobs for about 4,000 employees.

However, the company will not abandon the Indian market entirely and focus on its “Ford business solutions” as it seeks to build a “sustainably profitable” business in the country.

The company added that it took these restructuring steps after considering various options, including partnerships, platform swapping, contract manufacturing with other OEMs and the possibility of selling its manufacturing plants, which is still under review.

Ford said India will retain Ford’s second-largest salaried workforce in the world, and that in addition to Ford Business Solutions, Ford India will continue to manufacture engines for export, as well as full customer operations support with service, parts and warranty support.

They added that more than 500 employees at the Sanand Engine plant, which produces engines for export for the best-selling Ranger pickup, and around 100 employees responsible for parts distribution and customer service, will continue to support Ford’s activities in India. .

The company said it plans to serve customers in India with iconic vehicles, including the Mustang coupe. Ford said it will continue to provide Indian customers with ongoing warranty parts, service and support. The measure follows cumulative operating losses of more than $ 2 billion in the last 10 years and an impairment of non-operating assets of $ 0.8 billion in 2019.

Ford India will maintain spare parts depots in Delhi, Chennai, Mumbai, Sanand and Kolkata and will work closely with its dealer network to restructure and ease its transition from sales and service to parts and after-sales service.

IIT tops the ranking of the Ministry of Education for 2021

Daily NEWS Summary | 09-09-2021; Indian Institute of Technology (IIT) in Madras was ranked the best institution of higher education in the country for the third year in a row by the Ministry of Education, which released its India 2021 ranking as part of the National Institutional Ranking.

Publishing the rankings, Education Minister Dharmendra Pradhan said there was a need to develop regional ranking frameworks and increase the participation of institutions. The ministry released the rankings in 2016 and added more categories over the years.

The ministry said in a statement that 4,030 establishments had requested the classification this year. Institutions are evaluated based on their teaching, research, study outcomes, reach, inclusion and perception.

“A notable increase in institutional participation in this year’s ranking exercise indicates its recognition among higher education institutions in India as a fair and transparent ranking exercise. The number of unique candidates for India’s ranking has increased from 2,426 in 2016 to 4,030 in 2021, ”he said.

Daily NEWS Summary | 09-09-2021 ; Allahabad High Court stayed proceedings in lower courts in the dispute over the title of the Gyanvapi Mosque -Kashi Vishwanath temple in Varanasi, including the April lower court order that ordered the Archaeological Survey of India (ASI) to conduct a full physical inspection of Gyanvapi. Composed of mosque adjacent to the temple. The HC has stayed further proceedings in the original 1991 trial pending in court until the next filing date of October 8.

Judge Prakash Padia ruled firmly in Varanasi Lower Court, saying he should not have proceeded and decided on the plaintiffs’ request in the original lawsuit for ASI to inspect him, even though the judgment in the original pending petitions on the matter was reserved by the HC on March 15.

Padia JA also regretted that the trial judge “strayed from this traditional path” in this case and chose to consider the issue himself. “I said this with the sincere hope that judicial enthusiasm does not erase the deep responsibility that is expected of the Lower Court,” Judge Padia observed.

The court accepted the modification requests submitted by the Sunni Central Council of the Uttar Pradesh Waqf and the management committee of the Gyanvapi Mosque in Varanasi, Anjuman Intezamia Masjid, and ordered their lawyers to make the necessary modifications to the petition within three days.

In April, the trial court ordered ASI to determine whether the Gyanvapi Mosque was an “overlap, modification or addition or whether there is a structural overlap of any kind, with or on any other religious structure “.

The fast-track court of senior civil judge Ashutosh Tiwari had ordered the director general of ASI to constitute a committee of five members of archaeological science experts and experts, two of whom should preferably be from the minority community. The committee “would monitor whether Hindu temples existed before the mosque in question was built, superimposed or added to the disputed site,” the judge said.

The order came in a petition calling for the restoration of the land on which the Gyanvapi Mosque stands for Hindus, claiming that Mughal Emperor Aurangzeb demolished parts of the old Kashi Vishwanath temple to build the mosque.

“Love jihad” case: The High Court of Gujarat asks why the government has problems when a woman wants to stay married.

Daily NEWS Summary | 09-09-2021 ; The Gujarat High Court today asked the state government to submit an affidavit explaining its objections in an interfaith marriage case in which police filed an FIR reserving the celebration for husband, in-laws and priests.

The victim in the case stated categorically that the content of the FIR presented by the Vadodara police is not true and that she wanted to remain married to the person who was reserved under the amended Freedom of Law law. Religion (amendment) 2021 for forced conversion by marriage.

This is the first case brought by the state police after the law was enacted to end religious conversion through interfaith marriages using force, seduction, or fraudulent means. Last month, the High Court suspended the provisions of the amended law dealing with interfaith marriages.

According to the details of the first case, seven people were convicted, including the husband, the in-laws and the priest who performed the wedding. All four have been arrested and are behind bars.

On Wednesday, the victim appeared in Superior Court and testified before Judge I.J. It states that she had voluntarily filed the petition to annul the FIR and the claims against her husband and others and she also told the court that she “wanted to live together as a married couple” with her husband.

In her High Court complaint, the plaintiff stated that when she approached a local police station in Vadodara for petty and petty marital disagreements, the police, under pressure from certain elements, introduced the ‘love jihad angle’ and also registered the FIR under the new law.

The police also added “rape and sodomy” charges to the FIR, which they categorically denied and were even surprised that the police added such charges without asking.

She and her husband said that they were both in a relationship and knew each other’s religion and that they both decided to celebrate their marriage according to Islamic rites.

The couple argued that the girl’s father witnessed her marriage and that the two families had no problem, but some overzealous “religious-political” groups and police officers communalized and sensationalized their marriage.

Now, the Superior Court has ordered the state government to file an affidavit and explain its objections to the dismissal of the charges and the criminal prosecution in the case before September 20.

Daily NEWS Summary | 09-09-2021; The government said today that 58% of India’s adult population received at least one dose of the Covid-19 vaccine, while 18% received both vaccines, as the total number of vaccines administered in the country exceeded 72. million rupees.

At a press conference, officials said that India was still going through the second wave of coronavirus infections and that it was not over yet. They said that 35 districts across the country still report a weekly Covid-19 positivity rate of more than 10%, while in 30 districts it is between 5 and 10%.

Providing data on the number of cases reported in different parts of the country, officials said that 68.59% of the total infections reported in the country last week were from Kerala.

Regarding the resumption of physical classes in schools, government officials said that no scientific body or evidence suggests that childhood vaccines should be a condition for reopening schools. However, immunization of teachers, school workers and parents is desirable, they said. 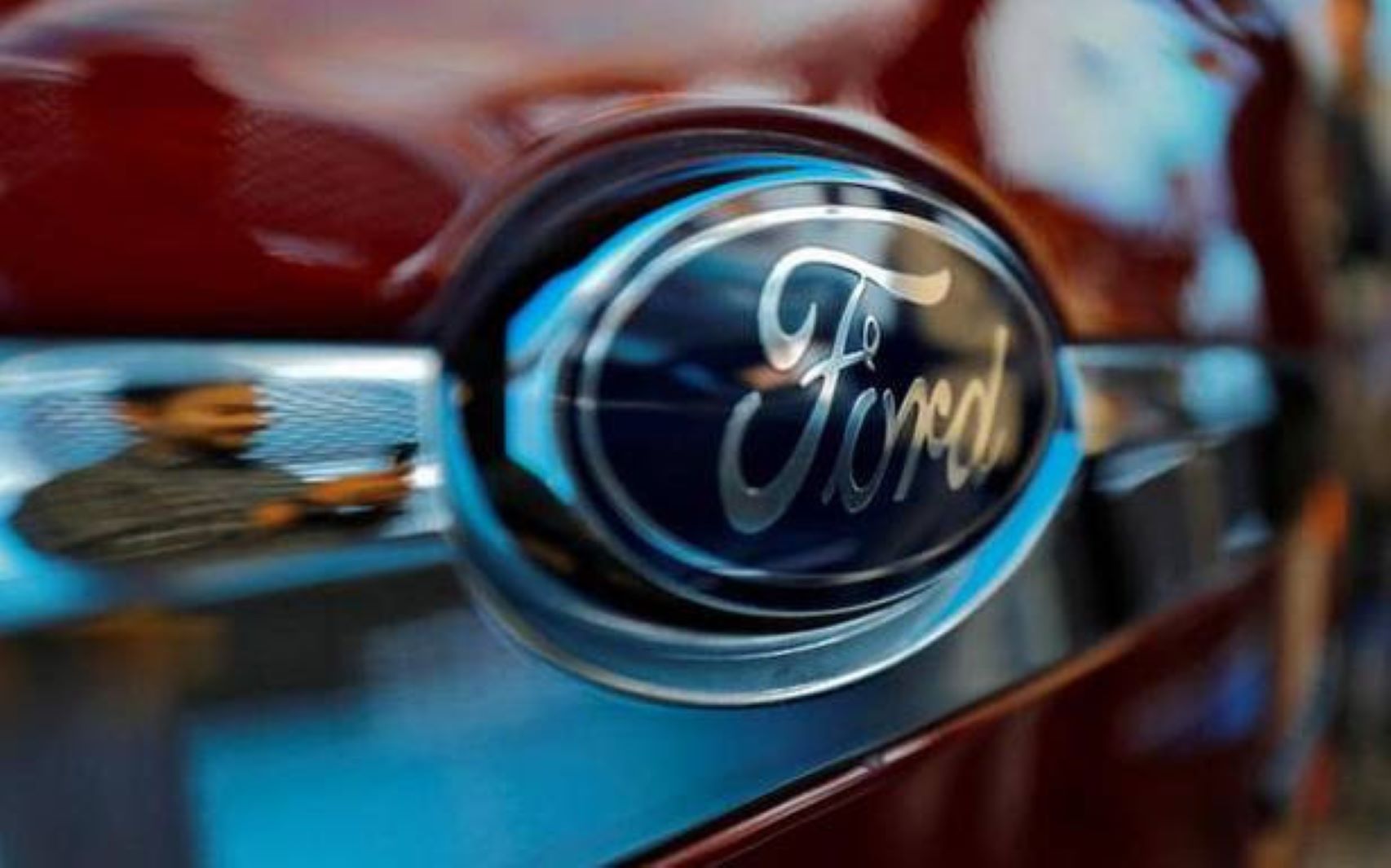