The Center should also completely abandon its initiatives related to the preparation of the National Population Register and the National Register of Citizens, Chief Minister MK Stalin said in his opening remarks on the CAA before proposing the resolution.

Tamil Nadu became the eighth state to pass a resolution against the CAA, while neighboring Kerala and Pondicherry were respectively the first state and the first union territory to go against the amended Central Law in 2019 on citizenship. Union territory came under the control of Congress last year.

Stalin said the CAA was a “big betrayal” of the Sri Lankan Tamil refugees, because it “usurped the rights” of a part of them who did not want to return and wanted to settle in India.

“If these (refugees) from Pakistan, Afghanistan and Bangladesh can come (to India and get citizenship), why is there a ban on those who belong to Sri Lanka?

This is the biggest betrayal of the Tamils ​​(refugees) in Sri Lanka, ”he said. Far from worrying about Tamil refugees, the Union government has in fact discriminated against them and that is why we must oppose this law, he added.

Refugees must be treated as human beings and there must be no discrimination on any grounds, be it religion, race or their country of origin, and that alone can be the “correct opinion”. Stalin’s arguments against the CAA included the claim that it was “against the basic structure” of the Constitution and divided the people.

While the CAA granted citizenship to refugees of different faiths, “the Islamic people were deliberately avoided and as this divides people on religious grounds, our party opposed it at the introductory stage (in parliament) “, did he declare.

The resolution proposed by Stalin stated that the CAA adopted by Parliament in 2019 “is not in accordance with the secular principles established in our Constitution, nor is it conducive to the communal harmony that prevails in India”. According to established democratic principles, a nation must be governed taking into account the aspirations and concerns of people from all sectors of society, the resolution says.

“But it is clear that the CAA has been endorsed in such a way that it does not provide warm support to refugees given their plight, but rather discriminates against them on the basis of their religion and country of origin. ”

Therefore, to “protect and ensure the unity and harmony of the community in this country and uphold the secular principles enshrined in the Indian Constitution, this August House decides to urge the Union government to repeal the Citizenship (Amending) Act 2019 ”.

The main members of the AIADMK opposition were not in the chamber when it was approved. They staged a strike over the issues they tried to raise for zero hours. Opposing the resolution, the BJP MP staged a strike and then, speaking to the media, the party leader in the party legislature, Nainar Nagendran, said the CAA had absolutely nothing against the Muslim people.

Daily NEWS Summary | 08-09-2021; Center informed today to the Supreme Court the “good news” that it has made the decision to allow women to enter the National Defense Academy (NDA), until now a male stronghold, for recruitment into the armed forces.

If this decision is officially put on paper, women can prepare for a career in the military immediately after grade 12. “There is good news. The Forces at the highest level and the government made the decision last night to incorporate the girls into a permanent commission through the National Defense Academy, ”said additional attorney general Aishwarya Bhati before a court headed by judges Sanjay Kishan Kaul and MM Sundresh.

The judiciary has asked the government to submit an affidavit in this regard before September 22, the next hearing date. He said that the Armed Forces were a respected institution, but that it had more to do when it came to gender equality.

The court admitted that it was not a happy situation for him to constantly pressure the authorities to take steps to improve gender representation. The bench said authorities must act on their own. The court praised Bhati for taking proactive action on behalf of women interested in a career in the military.

Bhati urged the court for now to maintain the status quo regarding NDA admissions during the current academic year. The justice official said the NDA exam, originally scheduled for Sept. 5, was postponed until November. “Consider granting the status quo for this review and let it continue as it will require changes in policy, procedure, training and infrastructure,” Bhati said.

On August 18, the court issued an interim order allowing the candidates to take the NDA exam, which was scheduled for September 5. The court also asked why “coeducation is a problem” in the military.

The court rejected the government’s arguments that women were physiologically weaker than men as a “gender stereotype” and ruled that female Short Service Commission (SSC) officers were eligible for the standing committee and positions of he ranks in the army, regardless of his age. of service.

“The women officers of the Indian army have brought laurels by force… Their record of service to the nation is irreproachable. Denigrating their capabilities on the basis of gender is an affront not only to their dignity as women, but to the dignity of members of the Indian military, male and female, serving as equal citizens in a common mission.

The time has come to realize that female army officers are not ancillary to a male-dominated establishment whose presence must be ‘tolerated’ within narrow limits, ”Judge Chandrachud observed in a 54-page sentence in the case of the army.

Daily NEWS Summary | 08-09-2021 ; One person died and at least 35 others were missing after the collision of two ferries in the flooded Brahmaputra off Neamatighat, Jorhat district, eastern Assam, on the afternoon of the 8th. September.

The dead and missing were on the small ferry that capsized after colliding with the larger ferry from the opposite direction about 350m from the Neamatighat ferry point around 3:30 pm IST.

Jorhat district officials said 42 people on board the “Maa Kamala”, the smallest ferry that had set sail from Neamatighat to the Kamalabari ferry point on “Majuli Island”, either swam to safety or had been rescued. All passengers on the “Tipkai”, the largest ferry heading to Neamatighat from Kamalabari, were rescued by personnel from the National Disaster Response Force (NDRF) and the State Disaster Response Force (SDRF).

Jorhat Police Superintendent Ankur Jain said seven children were among those rescued. Some have been admitted to local hospitals, but a 28-year-old woman among them has died.

I don’t want press freedom to be muzzled, SC says, granting temporary protection to reporters on the news site against any coercive action by the U.P.

Daily NEWS Summary | 08-09-2021 ; The Supreme Court said today it does not want press freedom to be gagged because it has granted interim protection to journalists at a news site against any coercive action by the state of Uttar Pradesh .

“We are aware of fundamental rights. We don’t want press freedom to be muzzled, ”Judge L. Nageswara Rao addressed defenders Nitya Ramakrishnan and Shadan Farasat, who appear on the Foundation for Independent Journalism, which operates the The Wire website.

The foundation and some of the site’s journalists had taken court action against the FIRs registered against them by the state. However, the court recommended that petitioners first apply to the Allahabad High Court rather than the High Court directly. The applicants agreed to withdraw from the Supreme Court, which granted them interim protection for two months.

Ramakrishnan said the FIRs were unfounded. The reports in which the FIRs were recorded were factual and correct. Police action stifled the constitutionally guaranteed right to press freedom.

Daily NEWS Summary | 08-09-2021 ; Former Chief Minister and National Conference (NC) President Farooq Abdullah said on Wednesday the Center must restore statehood before announcing elections and pledged to continue the struggle for recovery of the special status of Jammu and Kashmir.

“Whenever an election is held, we don’t panic, we participate and we win too. The Center must first restore statehood before holding elections, ”said Dr Abdullah. He spoke at a commemoration ceremony held in Srinagar on the occasion of the 39th anniversary of the death of party founder Sheikh Mohammad Abdullah.

He said his party remains firm on the demand for restoration of Articles 370 and 35A of the Constitution and India’s statehood in Jammu and Kashmir. When asked about the Taliban takeover of Afghanistan and its likely impact, Dr Abdullah said: “Afghanistan is a separate country. They [the Taliban] must protect human rights in Afghanistan and follow Islamic principles in mind. The Taliban must forge good relations with the rest of the world. “

Covid Updates: The number of coronavirus cases reported in India stood at 3 31 01 059 at the time of publication of this bulletin, with a death toll of 441 510. 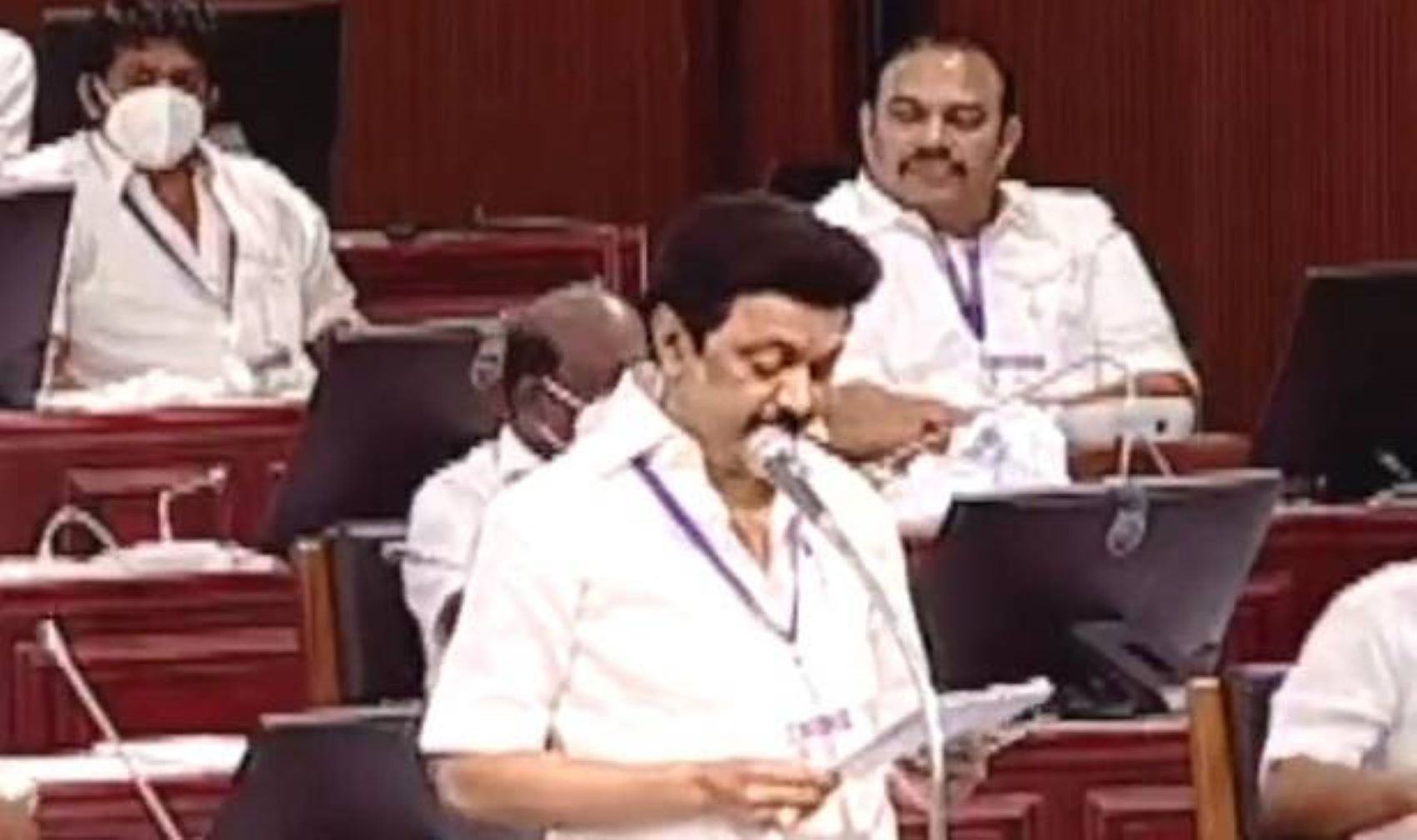