Daily NEWS Summary | 07-09-2021; Supreme Court on Tuesday accepted the Center’s request to postpone the hearing on motions for an independent investigation into allegations that the government used Israel-based spyware Pegasus to spy on citizens.

A three-judge panel led by Chief Justice of India N.V. Ramana postponed the hearing until September 13 after Attorney General Tushar Mehta said he could not meet with officials to discuss the matter. Mehta said the government could file an affidavit in the case and needed time to meet with relevant officials. In early August, the government issued a two-page affidavit denying “all the allegations.”

“Haven’t you already filed an affidavit?” CJI referred to the August affidavit.

Mehta argued that the court gave the government the opportunity to submit another detailed affidavit, if necessary. The court had issued a pre-admission in the case on August 17.

In fact, that day the government opposed a public hearing in the case, citing national security concerns. Instead, the Center had asked the court to allow it to form an independent committee of experts to examine the Pegasus spy reports.

“We are not going to ask you to reveal anything that could harm the defense of the nation… We are extremely reluctant to say anything about it. But the question here is that there are some eminent people who have come here, saying that their phones have been intercepted … It can be done, but with the permission of the appropriate authority … What if that competent authority has submitted a sworn declaration? before us?

In the affidavit, we do not want a single word on any aspect that relates to the security of the nation … All we are saying is that we are giving a simple warning … Let the corresponding authority say to what extent information can be disclosed, ”explained Judge Surya Kant.

Father of Chhattisgarh’s , CM Bhupesh Baghel, arrested for “disparaging” comments against the community

After being brought from the national capital, Nand Kumar Baghel was brought before a local court that sent him to jail on remand for 15 days. The CM strongly disapproved of the objectionable comments allegedly made by his 86-year-old father and claimed that no one was above the law.

“Nand ​​Kumar Baghel was arrested and taken from Delhi to Raipur on Tuesday,” Raipur Additional Police Superintendent Tarkeshwar Patel said. He was presented before the Judicial First Instance Court (JMFC) Janak Kumar Hidko, who sent him to judicial detention of 15 days. Police say the octogenarian has not requested bail.

The case against Nand Kumar Baghel was brought on Saturday night at the DD Nagar police station in Raipur over a complaint filed by “Sarv Brahmin Samaj” against him.

He was charged under Sections 153-A of the Indian Penal Code (fomenting enmity between different groups on the grounds of religion, race, place of birth, residence, language) and 505 (1) (b) (with the intention to cause, or that may cause, fear or alarm in the public, or in any part of the public by which a person may be induced to commit a crime against the State or against public order), said the police.

The organization, in its complaint, alleged that the father of the CM had recently made a controversial call for people to boycott the Brahmins by calling them “foreigners”, and asked people not to let them enter their villages. The organization also accused Nand Kumar Baghel of asking people to “drive out” the Brahmins from the country.

The organization had said that a video of the alleged words of the CM’s father was available on social media platforms. Police said Nand Kumar Baghel made the comments while on his recent visit to an event in Uttar Pradesh.

I was under house arrest in Srinagar, says Mehbooba Mufti

Daily NEWS Summary | 07-09-2021; People’s Democratic Party (PDP) leader Mehbooba Mufti claimed on Tuesday that she had been placed under house arrest in Srinagar, a day after she alleged that police disrespected the body of Syed Ali Shah Geelani.

Daily NEWS Summary | 07-09-2021; As scores of Afghans took to the streets in small isolated protests in various towns, including the capital Kabul, Herat and Mazar-i-Sharif, on Tuesday, the Taliban fired in the air to disperse the crowds. Protesters, mostly women, had gathered for an anti-Pakistan rally in the capital, the latest protest since the outright Islamist movement came to power last month.

Tuesday’s rally comes after the Taliban claimed full control of Afghanistan a day earlier, claiming they had won the key battle for the Panjshir Valley, the latest obstacle to resistance against their government. The National Resistance Front of Afghanistan (NRFA), however, rejected his request, asserting that “NRF forces are present in all strategic positions in the valley to continue the fight” against the Taliban.

“The Panjshir, which was the last hiding place of the fugitive enemy, is captured,” Taliban spokesman Zabihullah Mujahid told a press conference on Monday. However, Ahmad Massoud, the son of a hero of the resistance to the Soviets and the Taliban, remained provocative, saying that the NRFA is still fighting strategically and that the valley is not yet captured by the Taliban.

Early Monday, the Taliban announced that Mullah Baradar, the militant group’s co-founder, would take over as head of government. A few hours after this announcement, however, the Taliban postponed the formation of the government for a week.

Daily NEWS Summary | 07-09-2021; A special tribunal from the National Investigation Agency (NIA) granted activist Rona Wilson 14 days bail for performing her father’s last rites. Wilson, accused in the Bhima Koregaon caste violence case, was arrested on March 6, 2018 and is currently being held in Taloja Central Prison. You will be released with a personal deposit of 50,000 with one or two deposits.

Special Judge D.E. Kothalikar has ordered Wilson to be released from September 13-27 so he can return home to Kerala and attend a mass for his father scheduled for September 16.

Wilson’s father died on August 18, and on September 1, he went to a special court to seek permission to return home. His statement, presented through lawyer R. Satyanarayan, requested a two-week interim bail for humanitarian reasons, as reuniting with his family would bring some comfort.

The court granted bail on the condition that Wilson submit trip details to the NIA Superintendent along with the Kerala residence address; present details of at least three blood relatives with proof of residential and business address; he would hand over his passport to court; he would mark his presence on September 14 and 24; and would go on September 27 at 6 p.m.

Farmers gather in Karnal for mahapanchayat, talks with officials ‘fail’

Daily NEWS Summary | 07-09-2021; Farmers gathered in large numbers in Karnal mahapanchayat as local authorities prepared for a possible district headquarters gherao by protesters after talks between farm leaders and officials appeared unsuccessful. The farmers’ unions had called for action against the officials for the accusation against the demonstrators on August 28 in Karnal. Otherwise, they threatened, the farmers would besiege the Karnal miniscretariat.

As the farmers gathered for the mahapanchayat, the local administration invited an 11-member delegation to discuss their demands and dissuade them from walking to the secretariat. Rakesh Tikait, Balbir Singh Rajewal, Joginder Singh Ugrahan, Darshan Pal and Yogendra Yadav were among the top leaders of Samyukt Kisan Morcha (SKM) who had arrived in Karnal for the rally that took place a few days after a large mahapanchayat in Muzaffarnagar in the Uttar Pradesh.

Farmers in Punjab, Haryana and Uttar Pradesh have been protesting for months against the three farm laws enacted by the Center, saying the legislation will erode the minimum support price (MSP) system.

Covid updates: The number of reported coronavirus cases in India stood at 3,3094,681 at the time of publication of this bulletin, with a death toll of 4,41,428. 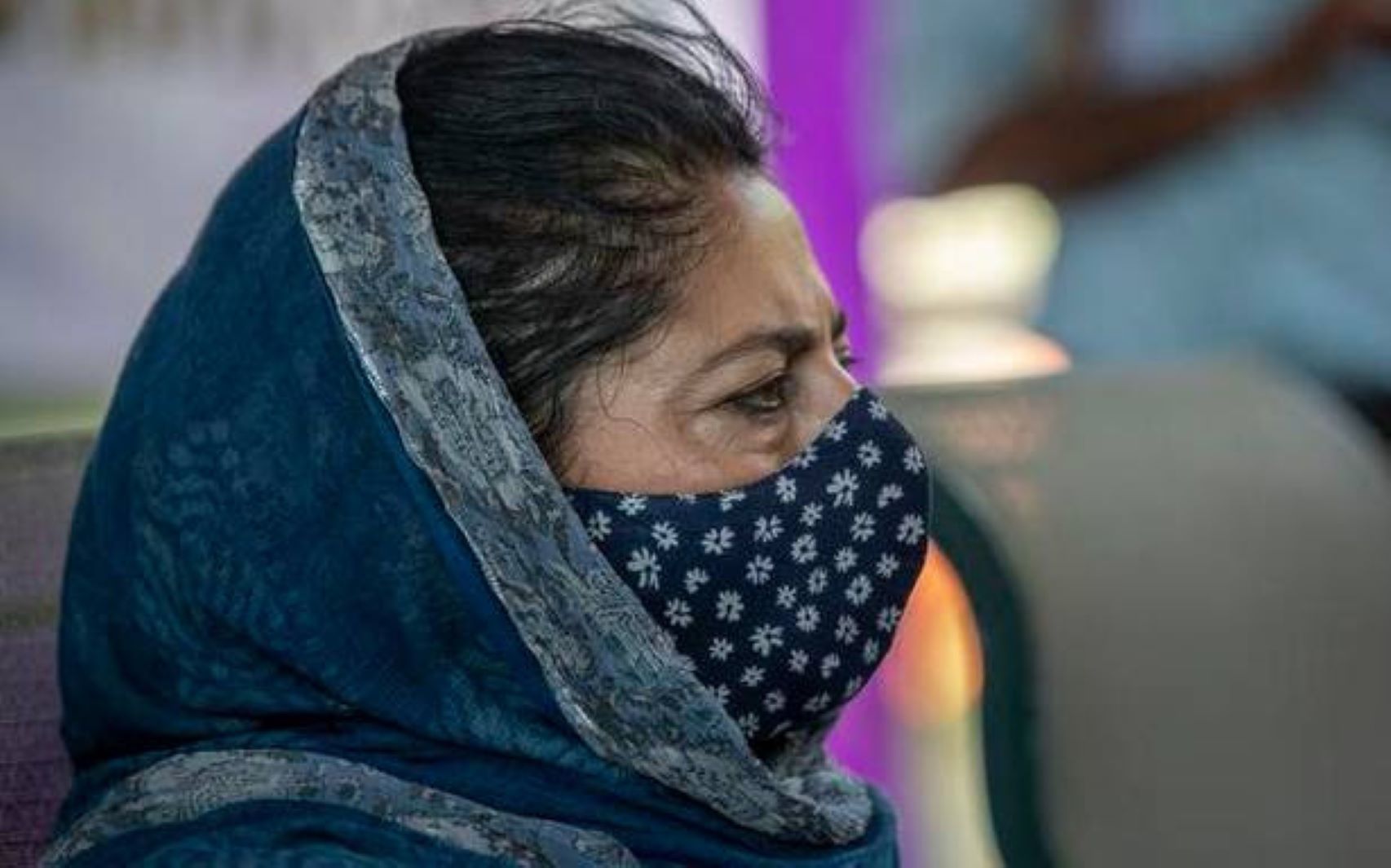