Vacancies in the key tribunals: “I am not interested in the confrontation, but it is testing our patience,” SC told the government.

Daily NEWS Summary | 06-09-2021; A special bench of the Supreme Court led by Chief Justice of India NV Ramana said it was “not interested in a confrontation” with the government, but the court lacked patience and the Center would have to fill and fill long-term vacancies in the key tribunals by the next hearing on September 13.

The Bench, which also includes Judges D.Y. Chandrachud and L. Nageswara Rao said that courts across the country were on the brink of collapse. The session was suspended for a year. Many courts operated with only one member because no appointments had been made for months, if not years.

“He has no respect for the judgments of this court … He is testing our patience,” Chief Justice Ramana addressed Attorney General Tushar Mehta, representing the government, on Monday.

The court said he had three options. One, close the courts. Two, make the appointments yourself. Three, to start the scorn. “Everyone is happy with the speed with which the government approved the Supreme Court appointments… We don’t want any confrontation with the government. But if you can make Supreme Court appointments that fast, you can do very well with these little courts. The courts have practically collapsed … Why are you so picky about the courts? Chief Justice Ramana asked Mehta.

Mehta, who requested and was denied a postponement by the judiciary at the beginning of the hearing, showed a screenshot of a letter from the Ministry of Finance on September 6. In this letter, the ministry declared a new law: the Judicial Reform Law – 2021, came into force and “would pave the way to fill vacancies in the courts.”

The letter promised that “the government will ensure that a decision on the appointments of all courts is made within the next two weeks when the search and selection committees have already delivered their recommendations to the government.”

But Judge Chandrachud said the new law contained an “astonishing line” of provisions that the Supreme Court expressly struck down in several recent rulings. “It seems to continue … that when we repeal a law, they give a reply,” Judge Chandrachud said. The judge said the legislature could make a law that removes the basis for a judgment, but cannot make a law just to contradict a judgment.

The court issued an opinion and asked the government to respond to a number of petitions, including one from Rajya Sabha MP Jairam Ramesh, challenging the legality of the 2021 judicial reform law.

Ramesh, represented by Chief Counsel AM Singhvi, said the 2021 law abolished nine key courts, posed a serious threat to judicial independence by giving the government broad powers over appointments, terms of service, salaries, etc., of key court members. He said the bill passed without parliamentary debate amid boos in the House.

But Judge Rao even questioned the very basis of the assurances given in the letter from the Finance Ministry, in particular the one that the 2021 law is the harbinger of a wave of judicial appointments. “The nominations we are talking about here have been on hold for more than a year and a half. Why were these appointments not made? Judge Rao asked.

Judge Chandrachud said the names of the appointments were approved by the Intelligence Office and later by a committee that also included Supreme Court justices and high-ranking bureaucrats. “However, they were not acquitted,” the judge said.

Judge Chandrachud noted that vacancy-ridden corporate courts were essential to rebuilding and rehabilitating the country’s economy. The Chamber abstained from recording its oral observations in a court order. Instead, he gave Mehta time to convince the government to make appointments.

“No, no, Mr. Mehta … ‘forwarding’ is something else … If you don’t want an order from us, you order the appointments … We hope that some appointments will be made by Monday,” said the President of the Ramana Supreme Court. State Attorney General.

Daily NEWS Summary | 06-09-2021; The Taliban claimed victory over opposition forces in the Panjshir Valley northeast of Kabul on Monday, completing their takeover of the country after the impressive capture of Kabul last month and the chaotic withdrawal of foreign troops.

Images on social media showed members of the Taliban standing outside the gate of the compound of the governor of Panjshir province after fighting over the weekend with the National Resistance Front of Afghanistan (NRFA), led by the Chief of Panjshiri, Ahmad Massoud.

“The province of Panjshir fell completely into the hands of the Islamic Emirate of Afghanistan,” spokesman for the militant Islamist group Zabihullah Mujahid said in a tweet on Monday, adding that some enemy fighters had died in combat and that others had fled. “With this victory and the latest efforts, our country has emerged from the whirlwind of war and our people will have a happy life in peace, liberty and freedom throughout the country.”

The Taliban assured the people of Panjshir, who are ethnically distinct from the Pashtun-dominated Taliban and who fought the Islamists during their reign from 1996 to 2001, that there would be no “discriminatory act against them.”

“They are our brothers and they would work together for a common goal and the well-being of the country,” Mujahid said. There was no immediate news from Massoud, who heads a force made up of remnants of the Afghan regular army and special forces units, as well as local militiamen.

Ali Maisam Nazary, head of foreign affairs for the National Resistance Front of Afghanistan (NRFA), said the Taliban’s claim to victory was false and opposition forces were still fighting. “NRF forces are present in all strategic positions in the valley to continue the fight,” he said on his Facebook page.

The Taliban previously said their forces reached the provincial capital, Bazarak, and seized large quantities of weapons and ammunition.

The Taliban took control of the rest of Afghanistan three weeks ago and seized power in Kabul on August 15 after the collapse of the Western-backed government and the flight of President Ashraf Ghani. The Panjshir was the last pocket of armed resistance against the Taliban. He has a history of being difficult for enemies to gain the upper hand. The rugged mountain valley is still littered with the remains of tanks destroyed during the long war against the Soviet Union in the 1980s.

The NRFA said on Sunday that its main spokesperson, Fahim Dashti, was killed in the clashes. Dashti had survived the suicide bombing that killed Massoud’s father, Ahmad Shah Massoud, on September 9, 2001, just days before the September 11 attacks in the United States. The Panjshir fight was the most prominent example of resistance to the Taliban.

Daily NEWS Summary | 06-09-2021; The National Investigation Agency (NIA) filed an indictment in a special court in Bengaluru on September 5 against 13 Bangladeshi citizens for their involvement in the trafficking of women and children from the neighboring country after entering illegally in India, an official said. The defendants have been charged with articles from the IPC, the Aliens Act and the Immoral Trafficking (Prevention) Act, an NIA official said.

The case was registered in June in the city of Bengaluru against the 13 defendants on the basis of a police raid on a rented house where seven women and a child of Bangladeshi nationality were rescued from police custody. four human traffickers, the official said.

The NIA took charge of the case and found that the 13 defendants entered India illegally from Bangladesh, the head of the main investigative agency said. They lured women from Bangladesh and took them to India with promises of employment, the NIA official said.

The women were then confined to rented accommodation and subjected to sexual exploitation, the official said. The defendants also forged identity cards and used them as real documents to obtain Indian identity cards such as Aadhaar and PAN for themselves and their victims, the NIA official said. 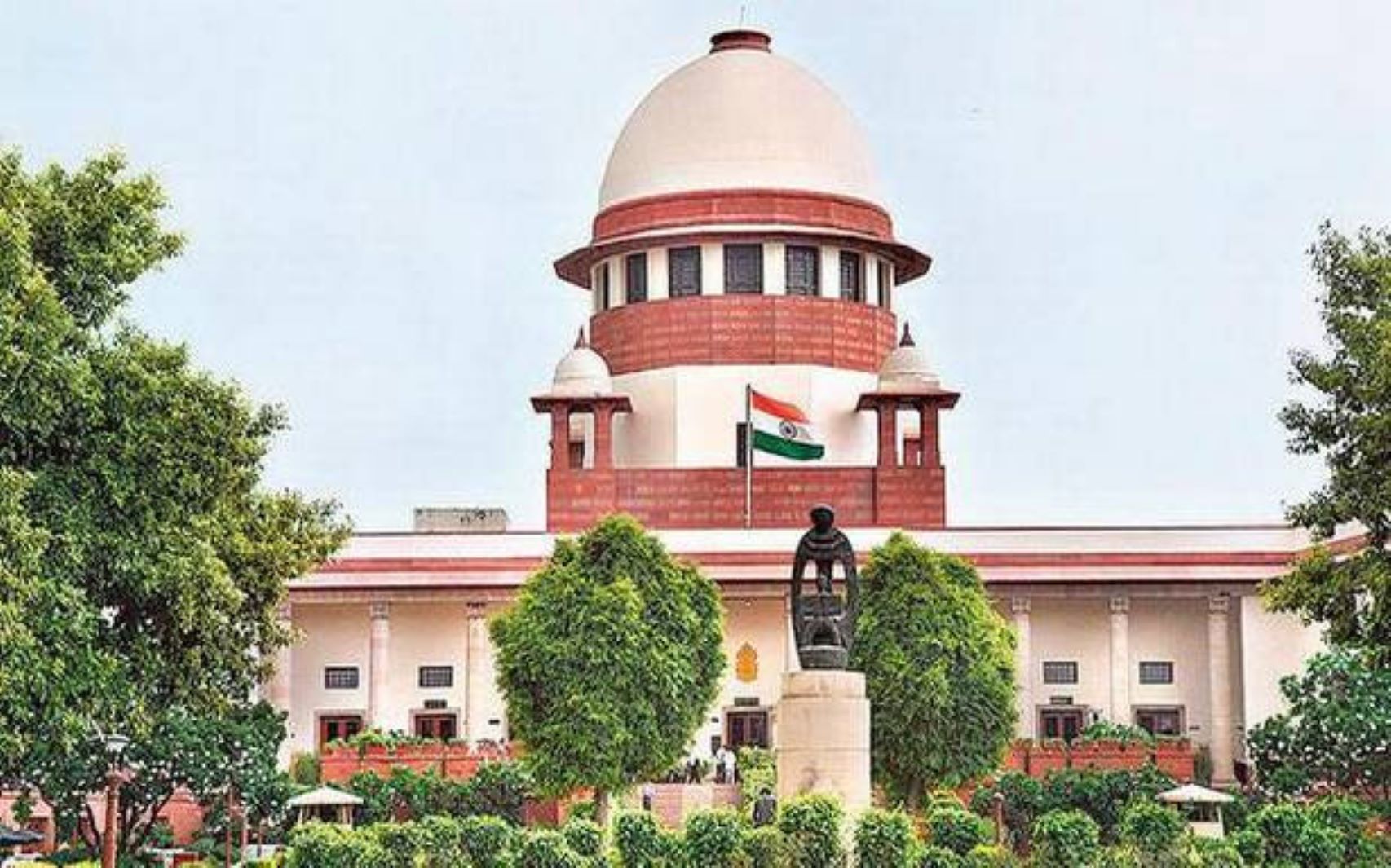