The sudden increase in the number has forced the police to restrict the movement of traditional leaders and elected grassroots representatives for fear of an increase in attacks against them, leading police sources have said. According to the latest police data, there are between 40 and 50 foreign militants active in northern Kashmir compared to just 11 local.

It is for the first time in a decade that northern Kashmir has witnessed an increase in militant activity compared to southern Kashmir, which remained the center of activists after the hanging of convicted parliamentarian Afzal Guru in 2013.

The presence of foreign activists in the ranks of groups such as Jaish-e-Muhammad, Al-Badr, Lashkar-e-Taiba and the Resistance Front (TRF) had been exhausted in the first quarter of 2021. In fact, the first activist A foreigner, Hamas alias Asrar alias Saria, active since March 2018, was killed on May 4 in Sopore, north of Kashmir, according to police.

The growing number of militants in northern Kashmir, which already numbers more than 50, has forced security agencies to reconsider their strategy. A senior official said most traditional leaders and grassroots elected representatives have been urged to keep a low profile and be given dos and don’ts when considering moving.

Indeed, the police investigation into the Sarpanch grenade attack, Narinder Kour, on August 22 in the Shrakwara Kreeri area of ​​Baramulla, was attributed to non-local TRF recruit Ali Bhai. Police said the two alleged assailants detained in the case were “in contact with terrorist LeT Hilal Sheikh and Usman, a foreign terrorist.”

Daily NEWS Summary | 05-09-2021; On Sunday, Congress voiced support for “Kisan Mahapanchayat” in Muzaffarnagar, Uttar Pradesh, and party leader Rahul Gandhi said the call for truth is ringing and an “unjust government” will have to listen.

Congress General Secretary Priyanka Gandhi Vadra has said that “the arrogance of power” cannot withstand the roars of farmers. Thousands of farmers from Uttar Pradesh and neighboring states gathered in Muzaffarnagar on Sunday for the “Kisan Mahapanchayat”, just months before Uttar Pradesh’s crucial assembly elections.

The event was organized by Samyukt Kisan Morcha (SKM) on the grounds of Government Inter College in Muzaffarnagar to protest against the center’s controversial agricultural laws.

“The call of truth resounds. We must listen, unjust government! Rahul Gandhi tweeted in Hindi.

Priyanka Gandhi also expressed her support for the mahapanchayat, saying: “Farmers are the voice of this country. Farmers are the pride of the country. The arrogance of any power cannot resist the roar of the farmers.

The whole country is with farmers fighting to save agriculture and demanding their quotas instead of their hard work, said the secretary general of Congress. Chief Congressman Randeep Surjewala said those who rob farmers’ farms are traitors.

Expressing his support for the mahapanchayat, the top leader of the Congress, Sachin Pilot, expressed his confidence that the mahapanchayat organized under the leadership of Samyukt Kisan Morcha will strengthen the interests of farmers.

Samyukt Kisan Morcha, a merger of several farmers’ unions, has led the agitation against the farm laws since last year.

In all efforts, U.P. MPs push to promote Hindu sites

Daily NEWS Summary | 05-09-2021 ; An analysis of a tourism development program launched in Uttar Pradesh showed that the majority of MPs, especially those from the opposition Samajwadi (SP) and Bahujan Samaj (BSP) parties, chose Hindu religious, spiritual and cultural sites for their promotion.

In the rare event that an MP has chosen a shrine related to Muslims or Sufism, one of them belongs to the BJP, going against political expectations. The majority of Muslim MPs from the main opposition Samajwadi party also preferred Hindu sites. There were only two dargahs on the list; one dedicated to a Sufi saint Latif Shah in Chandauli, who was appointed by a BJP deputy.

To put it in context, as the BJP has aggressively pushed the narrative of Hindutva nationalism, in recent times even its opponents, accused of accusations of “Muslim appeasement” and alarmed by community polarization in the elections, have tried to keep pace with what some observers have called him a “gentle Hindutva” while trying to keep his distance from Muslim symbolism.

While U.P. with 403 elected legislators, the State Department of Tourism has received site development proposals in 373 constituencies. The proposals were submitted as part of the Mukyamantri Paryatan Samvardhan Yojana launched by Chief Minister Yogi Adityanath earlier this year to develop and promote local heritage and tourist sites, centers of spiritual, historical, cultural, natural and religious significance. .

A brochure published by the Ministry of Tourism shows that the majority of MPs have chosen sites associated with the Hindu faith, most of which are temples, dhams, ashrams, places of pilgrimage, shrines and ghats considered sacred. Lawmakers have been urged to designate the “most important site” in their constituency to become a top tourist spot, officials said. A sum of ₹ 50 lakh has been allocated to each constituency, while additional funds would come from MLA and CSR funds. The government has allocated a budget of Rs 180 million for the plan.

Indian athletes take to the best Paralympic Games in history

Daily NEWS Summary | 05-09-2021; Inspiring, amazing and wild. The Indian Paralympians managed to be all of this and more in a campaign that marked an era at the Tokyo Games, where unprecedented 19 medals, including five gold, helped them finish 24th overall, the highest of the history.

The tally also included eight silver medals and six bronze medals, but more importantly, it was a performance in which history was written almost every day and the contingent lived up to the motto of the “Spirit in Motion” games.

Even on the last day of the competition, the medal race did not stop and Krishna Nagar won a gold medal after Noida District Magistrate Suhas Yathiraj signed his brilliant career with a medal of money to complete a remarkable badminton show.

The duo’s performance was like the icing on the cake for the contingent, who found new heroes, celebrated some already established ones, and firmly brought parasports into mainstream India.

A total of 54 arrived in Tokyo and 17 of them left with medals around their necks. It was an improved performance, of course, but to simply call it an improvement would be an understatement given that the overall Indian Games tour was only 12 before this edition.

To put it in perspective, at the Rio 2016 Games India had 19 athletes in five disciplines and four came back with medals at the end.

Following the warning from the World Health Organization (WHO) that it has identified counterfeit versions of the Covishield vaccine in South East Asia and Africa, the Union Department of Health has written to all States and Union Territories to identify counterfeit / counterfeit Covishield vaccines in India. Covid-19 vaccination monitoring teams in states are receiving details for due diligence.

The ministry said in its letter: “States have been ordered to carefully authenticate vaccines before use. The Center provided details for the identification of the original labels of three vaccines administered in India (Covishield, Covaxin, Sputnik V) ”. The ministry has issued guidelines to ensure that fake Covid-19 vaccines are not given in India.

WHO has noted that a counterfeit Covishield (ChAdOx1 nCoV-19 Recombinant Coronavirus Vaccine) has been identified in the WHO African Region and the South-East Asia Region. “Counterfeit products were reported to WHO in July and August 2021. The current manufacturer of COVISHIELD (Serum Institute of India Pvt. Ltd.) has confirmed that the listed products are counterfeit. These counterfeit products have been reported to patients in Uganda, India and Myanmar, ”said the world health body.

The Union Health Ministry in its recent letter indicated several characteristics to verify genuine products. The anti-counterfeiting features of the Covaxin label include an invisible helix (DNA-like structure) on the label that is only visible under UV light; micro-text hidden in the Dots tag, which is written Covaxin; the green leaf effect in the “x” of Covaxin; and the holographic effect on Covaxin. 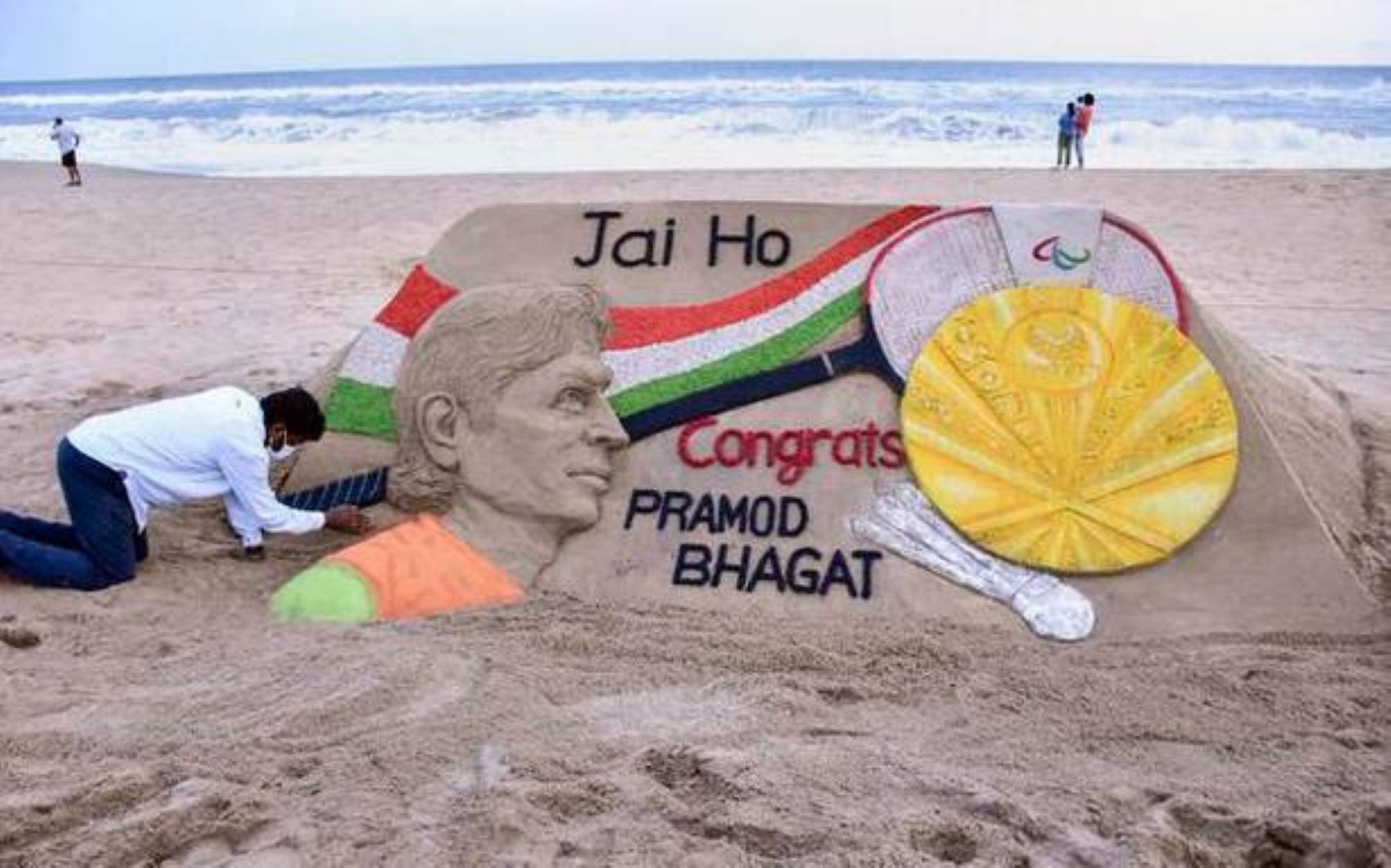