Some sections of the media are communicating everything, says CJI.

Daily NEWS Summary | 02-09-2021; Chief Justice of India, N.V. Ramana said that some sections of the media are reporting everything and this will end up giving the country a bad reputation. CJI’s comment came during the petition hearing highlighting how some media broadcast community content linking the spread of the coronavirus to a Tablighi Jamaat meeting held at Nizamuddin in Delhi.

“The problem is that everything in this country is shown from a community perspective by some media. The country will end up having a bad reputation ”, declared the Chief Justice of the Supreme Court Ramana, leading a formation of three judges.

Mullah Hebatullah Akhundzada to be named Supreme Leader of Afghanistan

Daily NEWS Summary | 02-09-2021; The top religious leader of the Taliban, Mullah Hebatullah Akhundzada, will be named the highest authority in Afghanistan, a senior official with the group said. “Consultations are almost complete on the new government, and the necessary discussions have also taken place on the cabinet,” Mufti Inamullah Samangani, a senior official with the Taliban’s Committee on Information and Culture, said on Wednesday.

He said the group was ready to announce the formation of the new government in Kabul within the next three days. In the new configuration, Mullah Akhundzada, 60, will be the supreme head of the Taliban government, modeled after the Iranian leadership.

In Iran, the Supreme Leader is the highest political and religious authority in the country. He is above the president and appoints the heads of the army, government and justice. The supreme leader has the last word in the political, religious and military affairs of the country.

“Mullah Akhunzada will be the head of government and there should be no question,” he said, indicating that the president will work under his supervision.

Mullah Akhunzada is the tallest religious leader of the Taliban and has served for 15 years in a mosque in the Kachlaak region of Baluchistan province.

Daily NEWS Summary | 02-09-2021; When the Delhi High Court asked the central government on Wednesday to explain its position on a petition alleging that maintaining the vacant post of deputy speaker of Lok Sabha was a violation of article 93 of the Constitution, the subject was again the center of attention. Petitioner Pawan Reley noted that the post had been vacant for 830 days.

Lok Sabha Congress Leader Adhir Ranjan Chowdhury said: “This is a constitutional mandate position, not a ceremonial one. During each session, Congress demanded that the election be held for this position, but our demands were ignored. “

TMC’s top leader Derek O’Brien noted that the longest time this post was vacant was at the 12th Lok Sabha, and even then, at the 59th session of Parliament, the election for that post had taken place. “Modi-Shah dismantles all institutions, including Parliament. We yell at each other hoarsely in n anger sad, ”he said.

Kodikunnil Suresh, head whip of the Lok Sabha Congress, said by convention that this post was for the opposition. “During the budget session of Parliament, the president of Lok Sabha, Om Birla, contracted Covid-19. The panel of presidents is not equipped to handle the job, ”he noted.

At present, nine members are part of the Group of Presidents of the BJP, DMK, YSR Congress, BJD, TMC and the Revolutionary Socialist Party. A Deputy Speaker has the same legislative powers as the president. And in the event of the absence of the President due to death, illness or any other reason, the Vice President also assumes the administrative powers.

Shortly after the 2019 general election, the government made efforts to fill the post. He approached the YSR Congress, which rejected the offer as it would have been difficult to line up its protest against the government for not granting special status to Andhra Pradesh during his tenure.

Parliamentary Affairs Minister Pralhad Joshi and his Lok Sabha deputy, Arjun Ram Meghwal, were unavailable for comment. Birla had said that it was up to the House to choose a vice-president, not the post of president.

BJD MP Bhartruhari Mahtab, who is a member of the Panel of Presidents, said Lok Sabha’s functioning was not affected by the absence of a vice president. “Currently, the Maharashtra Assembly is functioning without an elected president after the resignation of Nana Patole,” he noted.

The combined opposition not having the strength to elect a member of its choice, the choice fell on the government. The fact that there is no recognized opposition leader also hampered the process, he said. In 1984, when Rajiv Gandhi came to power with an overwhelming majority, the post of vice president was assigned to AIADMK, he noted.

The most common symptoms reported include muscle weakness / fatigue, sleep problems, and hair loss, although hospitals are also seeing cases of developing tuberculosis and fungal pneumonia linked to COVID, and cases of increased blood loss, heart rate, especially in those between the ages of 30 and 65.

The rehabilitation program includes physical therapy, psychological counseling, consultation with a pulmonologist and pulmonary function tests. Dr Akshay Budhraja, pulmonologist at Aakash Healthcare, said: “We are seeing problems in the over 30s and aggravated complaints in the elderly.

A study recently published in the Lancet medical journal, titled “ 1-Year Outcomes in Hospital Survivors with COVID-19: A Longitudinal Cohort Study, ” conducted among COVID survivors in Wuhan, the epicenter of the first coronavirus outbreak in China revealed that several survivors continued to have poorer health a year after the onset of symptoms.

“Survivors continued to suffer from at least one post-COVID medical complication even a year after COVID. While most of the survivors returned to their original jobs and lives, the initial health of some continued to be poorer, ”said the study, which followed the cases of 1,276 patients. admitted to Wuhan Jin Yin-tan Hospital for a year.

GS Chabbra, Director of Respiratory Medicine, QRG Hospital, Faridabad, said that while admissions due to Long COVID have now slowed, the hospital is in constant contact with its patients through telemedicine and the application of the hospital. “After the second wave, we had patients complaining of hair loss, episodes of dyspnea, and joint and muscle pain, which are typical symptoms of post-COVID patients,” he said.

Daily NEWS Summary | 02-09-2021; New York City Mayor Bill de Blasio declared a state of emergency on the evening of September 1 over what he called a “historic weather event”, with record rains across the city resulting in flooding and dangerous conditions on the roads.

Almost all of New York City’s subway lines were suspended late on September 1 when the remnants of Tropical Storm Ida brought torrential rains and the threat of flash floods and tornadoes to parts of the north central of the Atlantic.

The National Weather Service issued at least five flash flood emergencies on the evening of September 1, from west Philadelphia to northern New Jersey. Earlier in the evening, New Jersey Governor Phil Murphy also declared a state of emergency in response to Ida.

Tornadoes generated by the storm have ravaged parts of Pennsylvania and New Jersey, according to images posted on social media. At least nine homes have been destroyed in Mullica Hill, New Jersey.

Newark Liberty Airport in New Jersey said on Twitter that it was experiencing “severe flooding.” He said it resumed its “limited flight operations” around midnight after all flight activities were suspended Wednesday night.

New York City has also seen flooding, with images on social media showing water gushing from subway and train platforms. Subway service was “extremely limited” due to flooding, the Metropolitan Transit Authority said. The mayor of New York urged people not to go out.

Health Secretary Rajesh Bhushan said that with reports of new mutations in the SARS-CoV-2 virus and the increasing number of worrying and interesting variants, international passengers are coming from South Africa, Bangladesh, China, Mauritius, New Zealand etc. will now undergo RT-PCR testing upon arrival in India.

He added that in the case of symptomatic and / or positive international travelers, states must continue to implement strict public health measures of contact tracing, quarantine, testing, and ensuring appropriate behavior for COVID.

The ministry has also written to the states and territories of the Union asking them to intensify their whole genome sequencing activities, which are essential to establish clinical-epidemiological correlations.

The Health Secretary said that the second wave of COVID-19 is far from over and that currently 69% of Covid-19 cases originate from Kerala. He added that Kerala currently has more than 1 lakh of active cases, while four states (Maharashtra, Karnataka, Tamil Nadu and Andhra Pradesh) have between 10,000 and 1 lakh of active cases.

“Forty-two districts in the country continue to report more than 100 new cases every day, which is worrying. However, India has now managed to fully immunize 16% of its adult population, while 54% received just one injection, ”said Bhushan. 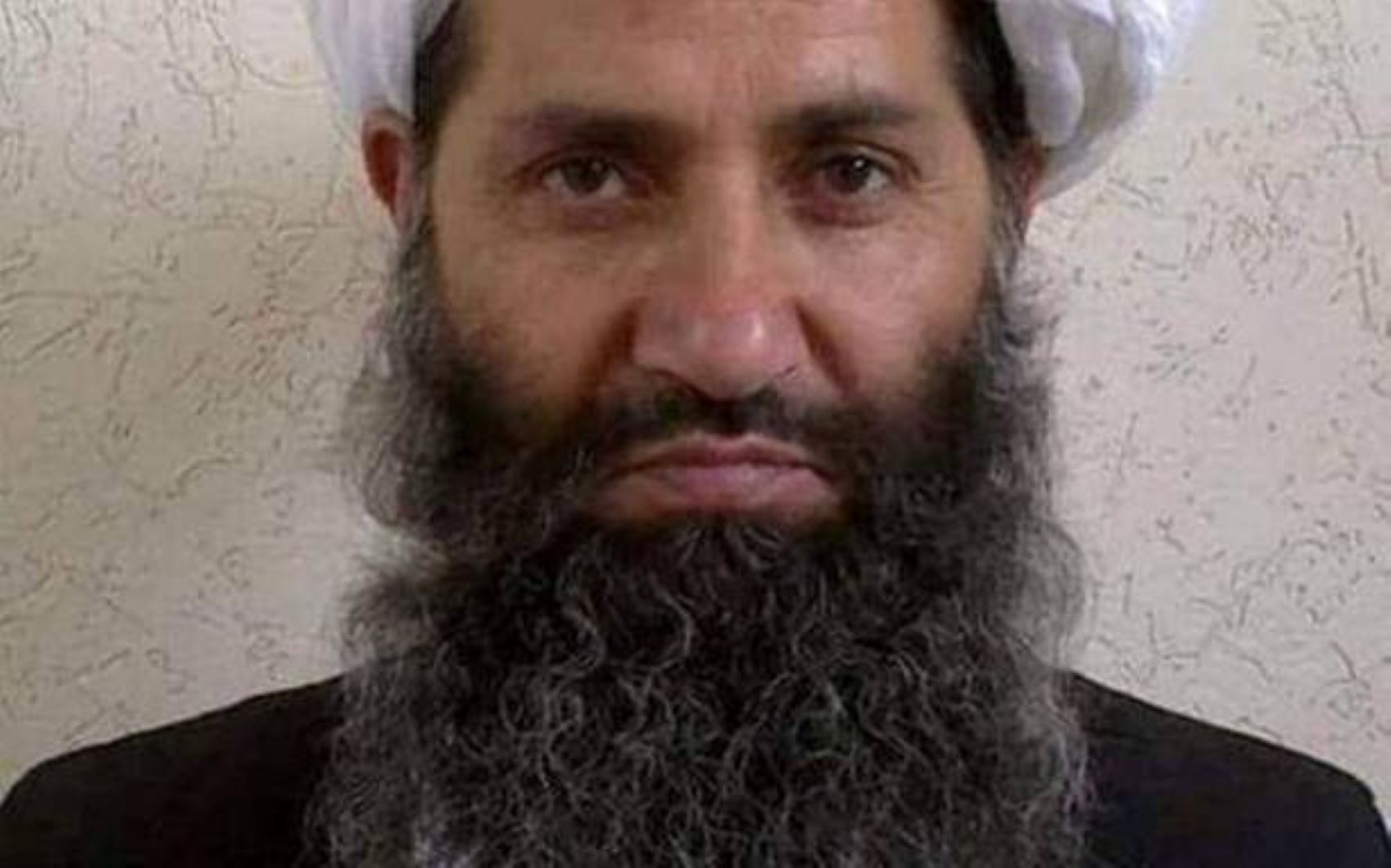