Daily NEWS Summary | 30-08-2021; Rocket fire apparently directed at Kabul International Airport hit a nearby neighborhood on Monday, on the eve of the deadline for the withdrawal of US troops from the country’s longest war following the Taliban’s takeover of Afghanistan. It was not immediately clear if anyone had been injured.

The rockets did not stop the steady stream of US C-17 military cargo planes taking off and landing at Hamid Karzai International Airport in the Afghan capital. No group immediately claimed responsibility for the attack. Last week, the Islamic State group launched a devastating suicide bomb attack on one of the airport gates that killed at least 169 Afghans and 13 US servicemen.

The airport has been a scene of chaos in the two weeks since the Taliban’s bombing of Afghanistan took control of the country, nearly 20 years after the initial US invasion that followed the 9/11 terror attacks. But since the suicide bombing, the Taliban have reinforced their security cordon around the airfield, and their fighters are seen down to the last fence that separates them from the runway.

In the Chahr-e-Shaheed neighborhood of the capital, a crowd quickly gathered around the wreckage of a four-door sedan used by the attackers. The car had what appeared to be six homemade rocket tubes installed in place of the rear seats. ISIS and other militants routinely mount such tubes on vehicles and quietly transport them undetected near a target.

Some of the rockets struck the city in Kabul’s Salim Karwan neighborhood, hitting residential buildings, witnesses said. This area is approximately 3 km from the airport. No injuries were immediately reported.

Five rockets struck the airport, said US Navy Capt. Bill Urban, a spokesman for the US Army Central Command. A defensive weapon known by the acronym C-RAM, a counter-rocket, artillery and mortar system, was aimed at rockets in a shower of munitions, Urban said.

The Taliban did not take passports (Afghan visa agency)

Daily NEWS Summary | 30-08-2021; A week after the Indian government canceled all existing visas for Afghan nationals wishing to travel to India and instituted the “e-visa only” system after reporting that Taliban gunmen had stolen numerous passports, the only Indian visa agency refused any passport, it has been lost or misplaced.

According to Karim, representatives of the Taliban who are now in charge of Kabul had visited their offices, as well as other offices and businesses in the city, but at no time had they stolen or lost passports with Indian visas.

MEA officials declined to comment on the letter sent by the STA. They said the government was unlikely to reverse its decision, given the uncertainty about the security situation in Afghanistan, and particularly after Tuesday’s deadline for all foreign troops to leave the country expired.

The MHA (Ministry of the Interior) has delayed the issuance of any e-visa because it is difficult to carry out security checks on applicants without local information, as the Indian Embassy in Kabul is closed.

MEA spokesman Arindam Bagchi said on August 27 that the decision to cancel thousands of visas previously issued to Afghan nationals was made following reports of people “raiding one of our outsourcing agencies, where there were Afghan passports with Indian visas” but did not mention who was responsible for the reports.

Several news agencies had suggested that the concern was that a Pakistani-backed intelligence group or agencies had taken the passports to use in terrorist attacks in India. Karim categorically denied this possibility. He said the agency would not jeopardize the interests of India, having worked closely with the embassy for more than a decade.

He also said that the STA office was functioning normally today and Afghan nationals who had deposited their passports for the Indian visa were returned their travel documents as they were able to get to the agency.

When asked how many passports were in its custody, STA said it was still under a contract with the Indian government and could not release details.

Daily NEWS Summary | 30-08-2021; Shooter Avani Lekhara made history on August 30 when she became the first Indian woman to win a gold medal at the Paralympic Games, rising to the top of the podium in the air rifle event SH1 of 10 meters for women R-2 in Tôkyô.

The 19-year-old finished with a world record that equals a total of 249.6, which is also a new Paralympic record. She is the fourth Indian athlete to win a gold medal at the Paralympic Games after swimmer Murlikant Petkar (1972), javelin thrower Devendra Jhajharia (2004 and 2016) and high jumper Thangavelu Mariyappan (2016).

The 23-year-old from Sonepat, Haryana, who lost his left leg below the knee after suffering a motorcycle accident in 2015, sent the spear to 68.55m on his fifth attempt, which was far the best of the day distance and a new world record. In fact, he broke the previous world record of 62.88m, also set by him, five times in the day. Australian Michal Burian (66.29m) and Sri Lankan Dulan Kodithuwakku (65.61m) won silver and bronze respectively.

The F64 category is intended for athletes with leg amputations, who compete with prostheses in a standing position.

A student at Ramjas College in Delhi, Antil was a non-disabled wrestler before his accident, which resulted in the amputation of his leg below the knee. An athlete from his hometown introduced him to the sport in 2018.

Meanwhile, discus thrower Vinod Kumar lost his bronze medal in the F52 category on Monday after the competition jury declared him ineligible for the handicap ranking. The 41-year-old BSF man, whose military father was injured during the Indo-Pakistan War in 1971, shot a best throw of 19.91m to finish third behind Piotr Kosewicz (20.02m) of Poland and Velimir Sandor (19.98m) from Croatia on Sunday. However, the result was questioned by some competitors.

Para-athletes are classified according to the type and extent of their disability. The ranking system allows athletes to compete against those of a similar level of ability. Vinod’s qualification took place on August 22.

Earlier this month, the agency seized a Chennai waterfront bungalow and 16 luxury cars, as well as two kilograms of gold, during searches in a new case registered by the Delhi police accusing Sukesh of cheating and extortion.

The premises of Sukesh’s wife, Leena Maria Paul, a petite actress in malyalam films who also played a few roles in Hindi films, were also raided. Police alleged that Sukesh had handled the scandal from inside Delhi Rohini Prison, where he was being held. He and his associates are said to have extorted around 200 million rupees from various people.

The premises of Sukesh’s wife, Leena Maria Paul, a small actress from Malyalam movies who also played some roles in Hindi movies, were also raided. Police alleged that Sukesh organized organized crime from inside the Delhi Rohini Prison, where he was being held. He and his associates are said to have extorted around 200 million rupees from various people.

Sukesh is alleged to have planted cell phones inside the prison. He used a mobile phone number spoofing application to contact his potential victims, posing as a high-ranking government official. The defendants misled many people under the pretext of doing their job.

In 2017, Sukesh was arrested by Delhi police for allegedly taking money from AIADMK (Amma) leader T.T.V. Dhinakaran promising to help him obtain the “two leaves” symbol for his faction.

Daily NEWS Summary | 30-08-2021; Claiming that the Maha Vikas Aghadi (MVA) government led by Uddhav Thackeray placed more importance on liquor bars than temples, the BJP opposition in Maharashtra organized an aggressive protest on Monday demanding the reopening of the temples.

Claiming that the MVA government is deliberately hurting the feelings of the Hindu community, BJP MP for Ghatkopar in Mumbai, Ram Kadam also accused the government of apparently allowing other religions for its festivities, but refuses to open temples.

Earlier, a police shield had been placed outside the famous Siddhi Vinayak temple to prevent Kadam from organizing a protest there.

Partner of the coalition government, Congress denounced the contradictory position of the BJP government in the Center and the Maharashtra Unit of the party regarding the celebration of festivals and the reopening of temples amid the imminent threat of a third wave of infections .

Congress said that despite the Modi government directives on holiday restrictions, why the Maharashtra BJP rulers were pressuring the MVA government to allow the festivities and the reopening of the temples. 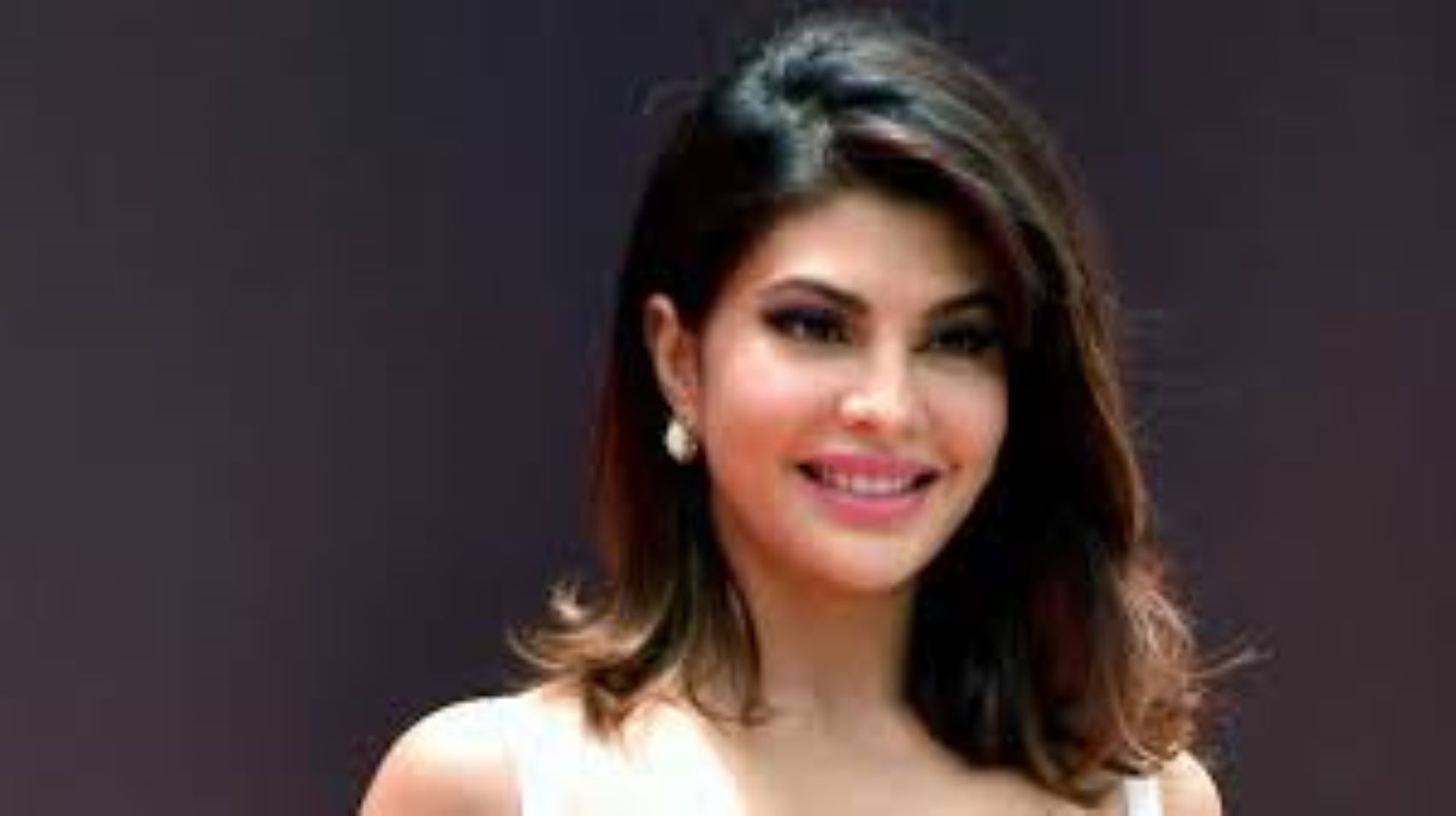