Two major explosions outside Kabul airport, allegedly at the hands of ISIS

Daily NEWS Summary | 26-08-2021; The US military on Thursday confirmed a large explosion outside the Kabul airport in Afghanistan, where the United States and other countries have evacuated tens of thousands of people. Subsequently, a second explosion was reported in front of the Baron Hotel, also near the Kabul airport.

Unconfirmed reports locate the explosion at the main gate of the airport abbey, where thousands of people have gathered over the past 12 days in hopes of being evacuated following the seizure of power by the Taliban.

Other reports placed him near the Hotel Baron, near the gate, which Western nations had used to organize evacuations. U.S. and Allied officials said they had information that suicide bombers linked to the Afghan branch of the Islamic State group Islamic State-Khorasan (IS-K) were threatening to attack the airport ahead of the date, August 31 deadline of Evacuation.

In the early hours of Kabul time on Thursday, Western countries warned their citizens to leave the airport area immediately due to a terrorist threat as thousands attempted to reach fewer and fewer evacuation flights. “Those at Abbey Gate, East Gate or North Gate must now leave immediately,” the US State Department said. British Armed Forces Minister James Heappey said on Thursday that a terrorist threat to the airport was “imminent”.

The reports during the week became more and more credible. And it is an imminent and serious threat to life, ”Heappey said. Most of the countries in the US-led coalition said on Thursday that they had ended or would soon end their own evacuation flights from Hamid Karzai International Airport.

The total number of people who have been withdrawn from the U.S. controlled center since the international airlift began on August 14 reached 95,700 on Thursday, including Afghans and foreigners. President Joe Biden said on Tuesday that the United States will meet its deadline of withdrawing all troops from Afghanistan by August 31, to end the war waged by the United States for two decades.

A spokesman for the Taliban, who seized Kabul on August 15 to cap off a blitz campaign against government forces, said on Tuesday that the evacuation operation was due to end on August 31.

At the same time, the Russian Foreign Ministry said a suicide bombing outside Kabul airport left at least two dead and 15 injured, AP reported. It was the first official report which specified a series of victims.

Daily NEWS Summary | 26-08-2021; At least 140 Afghan Sikhs-Hindus and others were prevented by the Taliban from reaching Kabul airport, said Indian World Forum chairman Puneet Singh, who coordinated the evacuation with the Ministry of Business Foreign (MEA) and India Air Force (IAF).

This development has forced a delay in the departure of a special IAF plane, which has been waiting at Kabul airport since Wednesday. The Indian World Forum said the Taliban pushed passengers out of the airport on Wednesday evening.

He reported that around 200 Hindus and Sikhs from Afghanistan, including other nationals from the country, were due to arrive at Hindon Air Base on Thursday morning. But the movement stopped, as the Taliban reportedly blocked those approaching the airport.

The Taliban have urged Afghan citizens not to leave the country and to work with the Islamic Emirate they intend to create in the coming weeks. Sources said India had expelled a total of 565 stranded people from Afghanistan since the evacuation flights began. This included 175 Indian Embassy staff, 263 other Indian nationals and 112 Afghan nationals, including Hindus and Sikhs.

Multiple checkpoints by various militant armed groups, overflight clearances from different countries and delayed landing permits were identified as the main issues challenging the evacuation process. However, the biggest challenge came from the frequent shootings near the airport and inside.

Baghel convened again by the central leadership of Congress

Daily NEWS Summary | 26-08-2021; Chhattisgarh Chief Minister Bhupesh Baghel has been reconvened by the central leadership of Congress and is expected to be in Delhi on Friday amid the continuing power struggle between him and State Health Minister TS Singh Deo. Party sources did not rule out a changing of the guard in the state, although Baghel objects.

On Tuesday, Baghel and Deo met with former Congress Speaker Rahul Gandhi to resolve the issue. Deo invoked the assurance Gandhi gave when he was leading the party in 2018 that he (Deo) will receive the reins of the state mid-term from him. After the meeting, the leader of the state party, P.L. Punia told reporters that the issue of the leadership change had not been discussed, indicating that Baghel would continue.

Congress has 68 MLAs in the 90 members of the Assembly and its central leadership would assess the risk of effecting a leadership change. Gandhi is said to be eager for the medium-term changing of the guard agreed upon by the two leaders to be honored. With the party’s numerically strong position in the Assembly, the party’s high command is convinced that a Deo or Baghel rebellion can be controlled.

Baghel returned to Chhattisgarh on Wednesday to an enthusiastic reception at the airport from his supporters and loyal MPs. Throughout Thursday more than 30 deputies visited him. Deo, on the other hand, continued to stay in Delhi. Sources close to him said they told him to stay in the capital for other meetings. On Wednesday he met with the party’s general secretary, K.C. Venugopal, who was given the responsibility of coming up with a compromise formula.

Deo said: “If a person plays in a team, he too can aspire to be captain. It is not about his thoughts or his aspirations. It is about his capabilities and it is up to the high command to make a decision.

Can the PM-CARES Fund save money to help children affected by Covid-19 stay in school?

Daily NEWS Summary | 26-08-2021; The Supreme Court asked the Center on Thursday if it could immediately release funds from the PM-CARES Fund for the education of children who are orphaned or who have lost their legal guardians or a parent during the pandemic.

A court of judges L. Nageswara Rao and Aniruddha Bose stressed that education is a fundamental right of children. The children had to stay in school. He was particularly concerned about the future of children studying in private schools, where fees may be higher, and who had lost their parents after the Covid-19 virus began disrupting lives from March 2020.

“Children should not lose the benefits of education due to the pandemic… Can the PM-CARES Fund come forward and immediately release funds for the education of these children for at least one year? Is there any facility for this? Judge Rao asked Additional Attorney General Aishwarya Bhati for the Center.

Judge Rao said the Center could coordinate with the states and help with funding for children’s education. Judge Rao asked Bhati to ask central authorities about the release of funds on the same day so that the court can issue an appropriate order.

“It can be said that the states can contact the central government to obtain funds for the education of these children …”, observed the Chamber.

Daily NEWS Summary | 26-08-2021; On Thursday, the Supreme Court ordered that former Unitech promoters Sanjay Chandra and Ajay Chandra be transferred from Tihar Prison in Delhi to Arthur Road Prison in Mumbai and Taloja Prison in Maharashtra.

A bench of judges DY Chandrachud and MR Shah said that two reports by the Directorate of Enforcement on the conduct of Sanjay and Ajay and the collusion of Tihar prison staff to disobey orders and undermine the court’s jurisdiction raised “serious and worrying “.

He ordered the Delhi Police Commissioner to personally investigate the conduct of Tihar prison staff towards the Chandra and submit the report to the court within four weeks.

Making a shocking revelation to the Supreme Court, the ED said they discovered a “secret underground office” that was operated by former Unitech founder Ramesh Chandra and visited by his sons Sanjay and Ajay while they were on probation or on bail.

The ED, which has investigated the money laundering charges against Chandras and Unitech Ltd, said in its report that Sanjay and Ajay made any judicial arrest pointless because they communicated freely, instructed their officials and disposed of inland properties. of the prison in collusion with the prison. personal.

Daily NEWS Summary | 26-08-2021; The Directorate General of Civil Aviation (DGCA) authorized this Thursday the bridges for the operation of the Boeing 737 MAX in case of satisfactory compliance with the applicable requirements for the return to service. The order, which ends more than two years in detention, would take effect immediately, aviation sources said.

The DGCA prohibited, as of March 13, 2019, the operation of Boeing aircraft of two brands after two fatal accidents involving Boeing 737 Max aircraft (Lion Air Flight 610 and Ethiopian Airlines Flight 302) and had neat, in order to ensure safety, the operation of the Boeing 737-8 and 737-9 would not take place from / to Indian airports and would not transit or enter Indian airspace.

The decision to now allow the aircraft to operate was made after the Federal Aviation Administration (FAA) issued an airworthiness directive on November 18, 2020, requiring action for the return to service of the Boeing 737 Max aircraft. The European Aviation Safety Agency (EASA) also published the airworthiness directive on February 17, 2021. This decision follows certain design changes made by Boeing.

After the FAA and EASA revoked the aircraft restraining order, the regulator closely followed the global trend to lift the ban. “17 regulators around the world have authorized the operation of Boeing 737 Max aircraft. A significant number of airlines (34) with a B737 aircraft (345) are currently in operation and have reached 1 22 824 departures with 289 537 accumulated hours since landing on December 9, 2020, without any unfortunate reports ”, stated the DGCA in a statement. 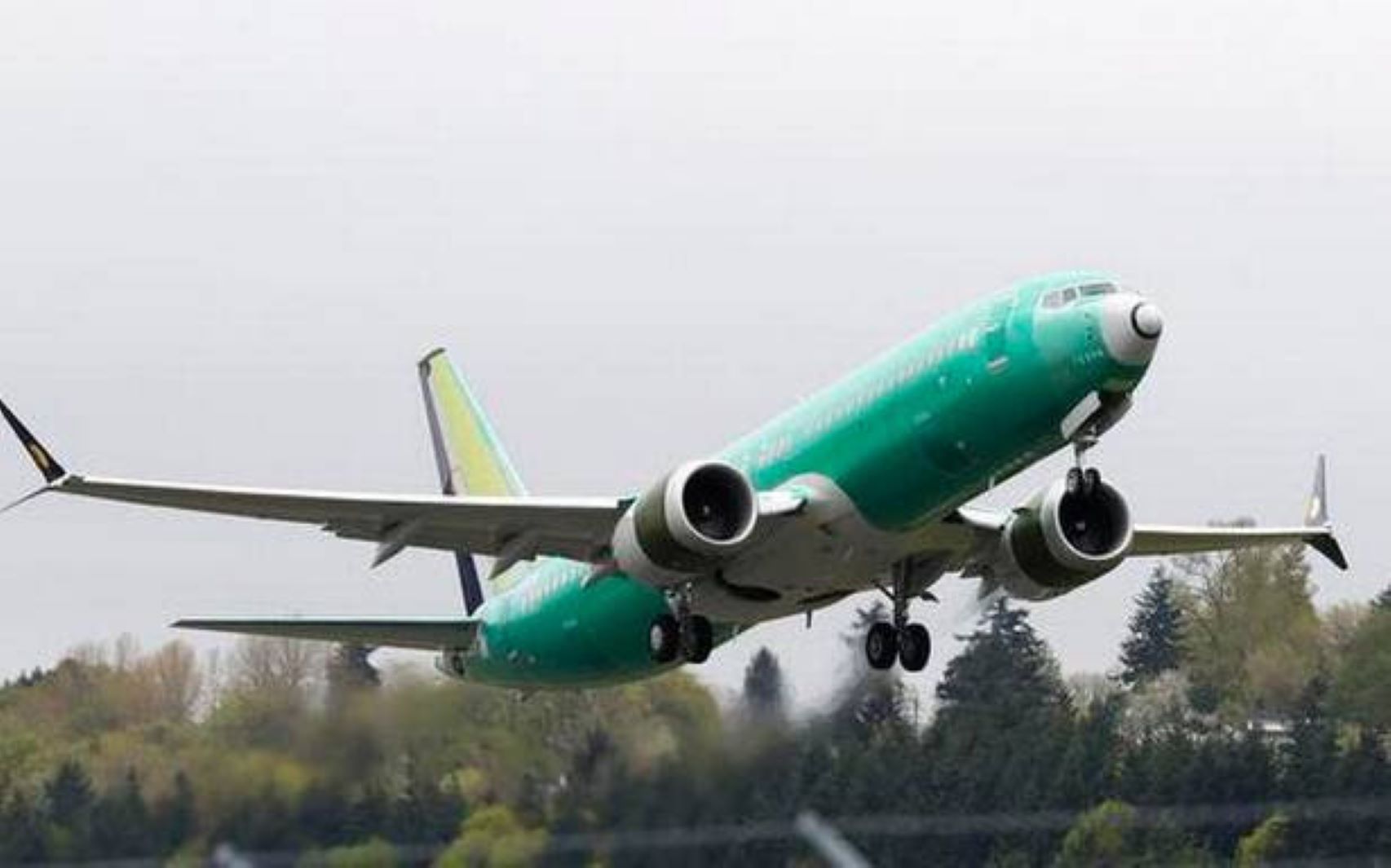