Daily NEWS Summary | 25-08-2021; The Supreme Court on urged West Bengal government to wait and not open a separate judicial inquiry into the Pegasus espionage allegations after the High Court has already dealt with the case.

A bench of Chief Justice of India (CJI) NV Ramana and Judge Surya Kant did not approve a formal order to suspend the work of the government-appointed commission of inquiry after the leading lawyer Abhishek Manu Singhvi offered an oral guarantee to convey the Supreme Court’s message of “Moderation” to the government.

Lead attorney Harish Salve, who appeared on behalf of the petitioner, an NGO called the Global Village Foundation, said there could be no parallel investigation when the higher court was considering the case. The petition challenged the government’s notification, which appointed the commission in July.

He said the commission had no jurisdiction to embark on such an investigation. Salve argued that the commission of inquiry issued a public notice and that the procedures were carried out on a daily basis.

The bench said it could take the Pegasus cases next week and approve a blanket order. Judge Kant said any decision on the Pegasus issue would likely impact all of India.

The Supreme Court issued a pre-admission notice to the Center on August 17 on petitions calling for an independent investigation into accusations that the government used Israel-based spyware to spy on journalists, activists, dissidents, parliamentarians, ministers and other citizens.

After publishing the opinion, a bench of CJI Ramana, Justices Kant and Aniruddha Bose said they would consider other measures, including forming a committee to investigate the allegations, in due course.

The notice was issued after the government, represented by Attorney General Tushar Mehta, stood firm on its two-page affidavit, denying “all” the allegations. Mehta had said any disclosure of any software allegedly used by the government to fight terrorism would jeopardize national security.

Daily NEWS Summary | 25-08-2021; The Supreme Court asked to rule on the legality of the appointment of Rakesh Asthana, an IPS executive from Gujarat, to the post of Delhi Police Commissioner “preferably” within two weeks.

A bench headed by Chief Justice of the Supreme Court of India (CJI) NV Ramana has authorized the NGO’s Public Interest Litigation Center (CPIL), represented by attorney Prashant Bhushan, to intervene in the case before the High Court.

The order was approved when the Bhushan case, which also challenged Asthana’s appointment, was heard in the Supreme Court. The “identical” High Court case was brought by Delhi-based lawyer Sadre Alam.

Bhushan resisted at first. He said the Superior Court motion was filed after his client moved to Superior Court. It was a “word for word, cut and paste” from the CPIL petition.

However, Judge D.Y. Chandrachud mitigated the situation by pointing out how the court allowed Bhushan’s client to intervene in the High Court proceedings.

In the meantime, the CJI has raised the question of its involvement in the CPIL case. He spoke about how the CPIL petition alluded to his law-based views in a high-level meeting with Prime Minister Narendra Modi and opposition leader Adhir Ranjan Chowdhury led to the exit of ‘Asthana from the list of candidates for the post of director from CBI in May.

At the time, the CJI informed the committee of the Supreme Court’s ruling that only officials with a minimum residual term of six months should be considered for appointment to the post of director of the CBI. Asthana was due to retire in July, leaving her with less than six months of service.

During the hearing, Bhushan said that Asthana’s appointment, just four days before her retirement, was “flagrant” and a “flagrant violation of all laws, of all standards.”

CPIL said the Center violated the Supreme Court’s instructions in the Prakash Singh ruling because Asthana did not have a minimum residual period of six months before her retirement. The Center did not bother to form a panel of the Union Public Service Commission for the appointment of the Delhi Chief of Police.

Once again, the government ignored the test established by the court in the ruling that candidates must have a minimum term of two years.

The CPIL petition urged the court to revoke the Cabinet Appointments Committee order headed by the Prime Minister on July 27, granting the inter-cadre delegation from Gujarat to Asthana to the AGMUT cadre.

He asked the court to order the government to take steps for a reappointment in strict accordance with the Supreme Court’s instructions in the Prakash Singh case.

There are forces that want to end my career, says cricket captain J & Kashmir Parvez Rasool

Daily NEWS Summary | 25-08-2021; Once the Kashmir cricket poster, which won the praise of Prime Minister Narendra Modi, cricketer and captain of the J&K Parvez Rasool team, from the small town of Bijbehara in southern Kashmir, was thrown by a written email by a board of directors, Control for Cricket India’s (BCCI) appointed subcommittee seeks to “nail it to the ground.”

“I don’t understand why they are attacking me. It is clear that the intention is to tarnish my image and ruin my future. It seems that there are forces that want to end my career. The letter from a subcommittee member talking about ‘pinning me down’ disturbed me mentally, ”said Rasool, the first Kashmiri cricketer to play for the Indian team (in 2014) and join the Indian Premier League teams ( IPL).

Rasool was referring to the email he inadvertently received from Brigadier Anil Gupta, Member of Management, J&K Cricket Association, on July 26, addressing Coach Majid Dar with a short message: “Do we have any evidence to corner him? ” .

In a later email, however, Brigadier. Gupta praised Rasool, saying: “JKCA has great respect for his achievements in cricket and wishes him all the best for the future.”

However, brigadier. Gupta also accuses Rasool of “not returning material belonging to the JKCA.” Earlier, in another letter, Sgt. Gupta asks Rasool to return a pitch or face “police action.”

Three months ago, the BCCI formed a three-member administrative subcommittee “to deal with the affairs of the JKCA and resolve the long-standing dispute between 30 cricket clubs and 20 district teams” in the Union territory. It is headed by Brigadier General. Gupta, a spokesman for the BJP according to his Twitter account; lawyer Sunil Sethi, also a BJP leader who was in the spotlight during the turmoil in the Amarnath Lands ranks in 2008; and former cricketer Mithun Manhas, owner of the Jammu Cricket Club.

However, the committee’s operation has been criticized by various members of the JCC. A joint letter from them to Brig. Gupta demands strict respect for the recommendations of the Lodha committee, “which prohibits any politician from being a member of the BCCI committees.”

Daily NEWS Summary | 25-08-2021; India anticipated the takeover of Kabul by the Taliban, the Chief of Defense Staff said.

“Everything that happened was something that had been planned, only the deadlines changed. From the Indian point of view, we were anticipating the takeover of Afghanistan by the Taliban,” General Rawat said during the speech. The event titled “The India-US Partnership: Securing the 21st Century” by the Observer Research Foundation.

The event was attended by the Commander of the American Indo-Pacific Command (US-INDOPACOM), Admiral John C. Aquilino, who also met with the heads of the three services and the Secretary of Defense, Dr. Ajay Kumar.

General Rawat expressed India’s concern over a possible increase in terrorist activity following the arrival of Taliban fighters in Kabul. India’s “contingency planning” was underway and Indian forces were “ready for it,” he said.

He said he was surprised at how quickly the Taliban moved to various cities in Afghanistan and captured Kabul. “The timeline surprised us because we expected this to happen, it might take a few months.”

Union Health Minister Mansukh Mandaviya said on Wednesday that more than two additional crores of Covid-19 vaccine doses will be made available to states this month to prioritize all school teachers before Teacher’s Day on September 5th.

Schools across the country were closed in March last year before a nationwide shutdown to contain the spread of the novel coronavirus infection. The Center had authorized the reopening of schools based on the Covid-19 situation in October last year.

As several states began partial reopening of schools, there was a full closure again in April when an aggressive second wave of Covid-19 hit the country.

With the COVID-19 situation further improving, several states have started reopening schools now, although concerns have been expressed that staff and teachers are not being fully immunized.

According to the announcement made by the Union Minister of Health, more than Rs 2 million more of vaccines will be sent to states from August 27 to 31 to prioritize the immunization of teachers and non-teaching staff in schools, according to a report of official press release. 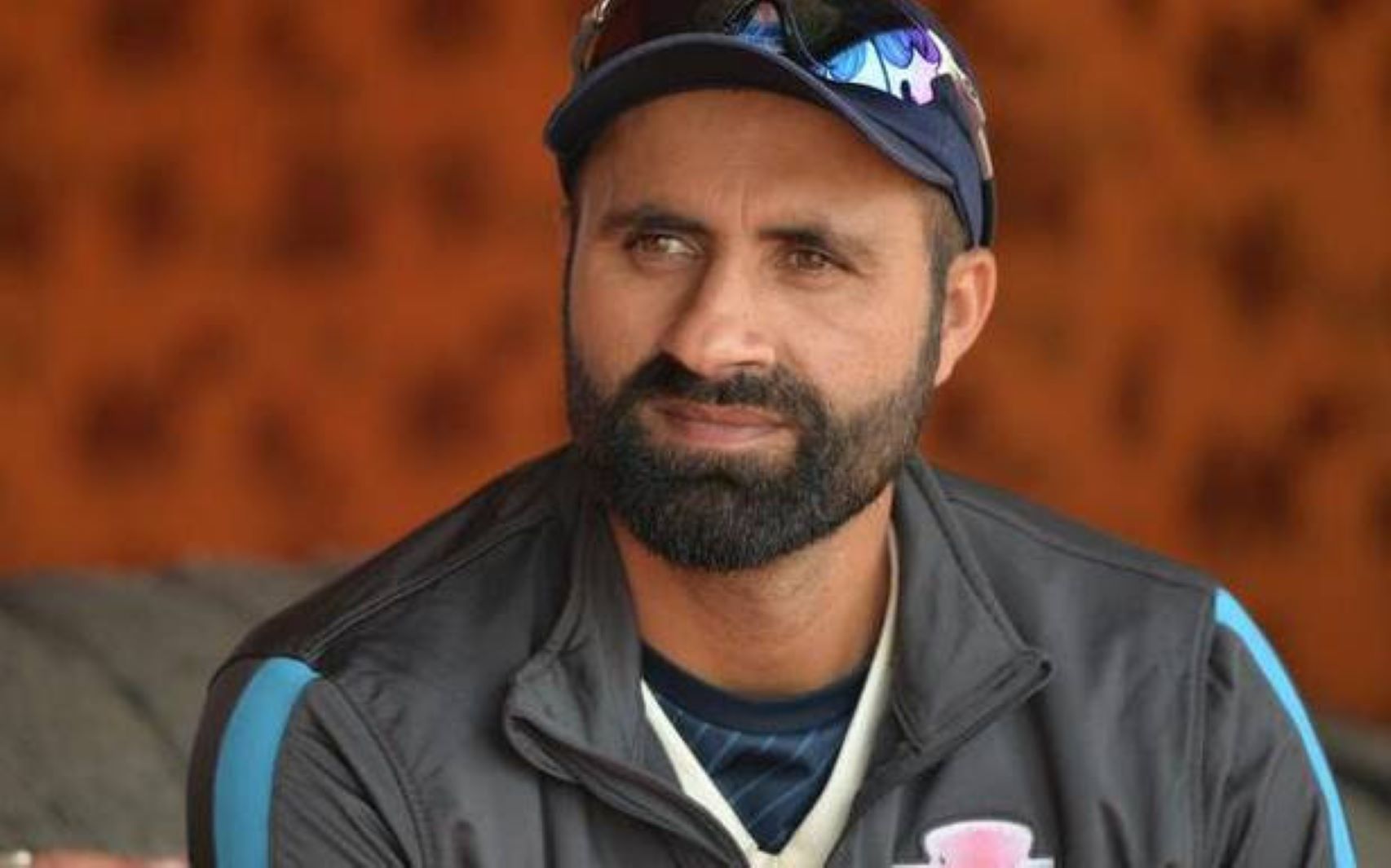