Daily NEWS Summary | 24-08-2021; Narayan Rane, Union Minister of the Micro, Small and Medium Enterprises, was arrested and taken into custody in Sangameshwar by Ratnagiri police and the Bombay High Court refused to grant him any compensation for his comment that “Slapped Uddhav Thackeray slapped “

Rane’s attorney, Aniket Nikam, will address the Superior Court on Wednesday, seeking to overturn FIRs against the former chief minister. On Tuesday, Nikam appeared before a division bench of Judges SS Shinde and NJ Jamadar and asked for the FIRs to be quashed. He said the crimes for which Rane had been charged were less than seven years old and had not been sent a notification under section 41A (summons to police) of the Code of Criminal Procedure.

Rane is charged with Section 153 (gratuitous provocation with intent to riot, if a riot occurs, if it is not committed) and 505 (statements resulting in public damage) of the Indian Penal Code (IPC) . The court told him to go through the process and have the petition registration number first.

On Monday, while addressing a BJP “Jan Ashirvad Yatra” in Raigad district, Rane said that the Chief Minister of Maharashtra forgot the year of independence during his August 15 speech and that if he had been there he would have slapped him to Thackeray.

Clashes soon broke out across the state. Shiv Sena supporters demonstrated in Solapur, where they blackened Rane’s photo, adorned her with chappals and beat her with shoes. Shiv Sainiks also trashed the BJP office in Nashik. Riots also reportedly broke out in Baramati, Nagpur and Sangli.

Earlier today, a court in Ratnagiri district, Konkan region, rejected his request for early bail. FIRs registered against Rane include one in Pune by Yuva Sena (the youth wing of the Shiv Sena), one in Nashik and two in Mahad in Raigad district.

Former Shiv Sainik and an important face of the Maratha community, Rane’s “Sena bait” has become even more raucous since he left Congress in 2017. His entry into the BJP was not easy, however, and it was the apple of discord when the BJP and the Sena were allied in the old Devendra Fadnavis government. Konkan’s strongman had accused the Sena of deliberately delaying his entry, given the mutual dislike between him and Thackeray.

Haqqani’s removal from sanctions against the Taliban has yet to be requested, diplomats say

Daily NEWS Summary | 24-08-2021; So far, permanent members of the UN Security Council have only called for top Taliban leaders to be removed from sanctions, officials said. They also refuted reports that the next meeting of the UN Sanctions Committee in 1988, scheduled for next month, would lift restrictions on terrorists named Sirajuddin Haqqani and Mullah Baradar.

Sources told told that the next meeting of the Taliban’s sanctions committee, as the 1988 resolution committee is known, is expected to be held in “mid-September,” ahead of an important meeting to discuss the renewal of the mandate from the UN, Assistance Mission in Afghanistan (UNAMA), which expires on September 17.

The Permanent Representative of India to the UN (UNPR), TS Tirumurti is the chair of the committee until December 31 this year, and is essential in deciding the date of the meetings and considering the exclusion requests of the Taliban leaders.

While diplomats from at least three countries, as well as MEA officials, have confirmed that there has been no request to be removed or removed from the list of the 135 people and the five sanctioned entities, they have said it was likely a decision would be made decision on the extension of the special period.

Travel exemptions granted to 14 Taliban members to participate in “peace and reconciliation efforts”. The meeting could also discuss whether to include other Taliban leaders in the waivers, giving them permission to travel and access certain funds, which are currently frozen.

Reporting on Sirajuddin Haqqani is important to India, as he and the Haqqani group, founded by his father Jalaluddin Haqqani, are wanted for the bombings against the Indian embassy in Kabul in 2008 and 2009. About 70 people, including Indian Defense Attaché Brig Ravi Datt Mehta and press adviser V. Venkateswara Rao were killed in the attacks.

Sirajuddin Haqqani, deputy to Taliban leader Haibatullah Akhundzada, is now expected to exercise considerable influence in the next Afghan government. His brother Anas Haqqani, arrested in 2014 for financing the group’s terrorist attacks and released as part of a 2019 hostage exchange from Bagram prison, is now one of the main negotiators in talks on the formation of the government in Kabul.

Daily NEWS Summary | 24-08-2021; Efforts by the Congress high command to resolve party unity issues in the Punjab failed to deliver the desired results, as the crisis worsened further after factions backed the chief minister, the Captain (retired) Amarinder Singh and the head of the Punjab Pradesh Congress Committee, Navjot Singh Sidhu, they were talking against each other.

On the one hand, four ministers and more than two dozen MLAs openly demonstrated against the leadership of Captain Amarinder. On the other hand, making an exception to the “anti-national” and “pro-Pakistan” comments by two of Sidhu’s collaborators, Malwinder Mali and Payre Lal Garg, a group of Punjab and MLA congress ministers have called for  legal proceedings against them.

Pitting the witness against Captain Amarinder at a meeting held here, four ministers, including Sukhjinder Randhawa, Tript Rajinder Bajwa, Sukhbinder Sarkaria and Charanjit Channi, in addition to nearly two dozen MLAs, expressed their lack of confidence in the leadership of the chief minister to keep the party’s 2017 legislative election promises.

After the meeting, it was decided that a five-member delegation would meet with Congress President Sonia Gandhi and assess her on the situation and her demands. After the meeting, Sidhu tweeted, “I received a call from Tripat Bajwa ji requesting an emergency meeting… I met him with other colleagues from the PPCC office. He will enhance the high command of the situation ”.

In addition to the strict demands against Mali and Garg, these leaders also urged the national leadership of Congress to order Sidhu to immediately stop his aides in the interests of the party and the country. “Congress has made many sacrifices to protect the security and peace of the nation, as have our soldiers at the borders.

No one can and should not be allowed to undermine these sacrifices and endanger the security of our country and its people, ”they stressed, citing in particular the serious implications such statements could have for the border state of Punjab.

Don’t take the silence of the cemetery in J&K as usual: Gupkar alliance

Daily NEWS Summary | 24-08-2021; The People’s Alliance for the Gupkar Declaration (PAGD) reiterated its demand for the restoration of Jammu and Kashmir’s special constitutional position by August 5, 2019 and warned the central government against misinterpreting the “current silence of the cemetery of J&K as a normal “. He demanded “an end to the humiliation of people that would otherwise have dangerous consequences.”

“To civil society and political parties in India, we want to say that we too want to live a dignified life. However, the current government prides itself on inflicting humiliations on us. This is unacceptable to the people of Kashmir, Jammu and Ladakh, ”said M.Y. Tarigami said.

He made the remarks after a meeting of the Gupkar alliance held at the residence of the president of the National Conference, Dr. Farooq Abdullah. Former Prime Minister and Chairman of the People’s Democratic Party, Mehbooba Mufti, attended.

Frequent and unjustified raids by agencies like the National Investigative Agency (NIA) and the Directorate of Enforcement (ED) on leaders appeared to be aimed at “projecting all leaders as J&K thieves and criminals,” he observed.

Furthermore he accused the LG (Lieutenant Governor) administration of depriving local officials of high-level positions in the government. “Most of the positions are held by external agents. “

He questioned the Center’s claims in terms of development, investment and employment. “They are exposed. Even the people of Jammu started to feel a lack of governance and development now, ”he noted.

The Gupkar alliance also criticized the decision not to issue security clearances to those involved in stone throwing to obtain passports and jobs. “No one can be deprived of their rights until the court proves guilty,” said Tarigami.

Referring to his request made at the multi-party meeting with Prime Minister Narendra Modi on June 24, he said: “We want to ask the government how many people have been released. There are cases where the courts have released people after a decade saying they are innocent. “

A resolution passed by the Gupkar alliance said the unconstitutional sentences of August 5, 2019 created a huge political vacuum and deep uncertainty in the former state. “Successive executive decrees after August 2019, such as internal laws, restrictions on the media, intimidation of government employees, discriminatory labor rules are some of the authoritarian diktats that have been imposed on the government. people from Jammu and Kashmir, “he said.

During the June 24 meeting with the Prime Minister, he pointed out that nothing substantial had come up after Mr. Modi’s slogan “Dilli ki Doori and Dil ki Doori” during the meeting. “No confidence-building measures have been taken to provide any relief to people in distress in the region,” he said.

IN addition to this he demanded that the state, as it existed before August 5, 2019, be restored. “All political prisoners must be released immediately. The indiscriminate use of draconian laws must stop, ”he added. 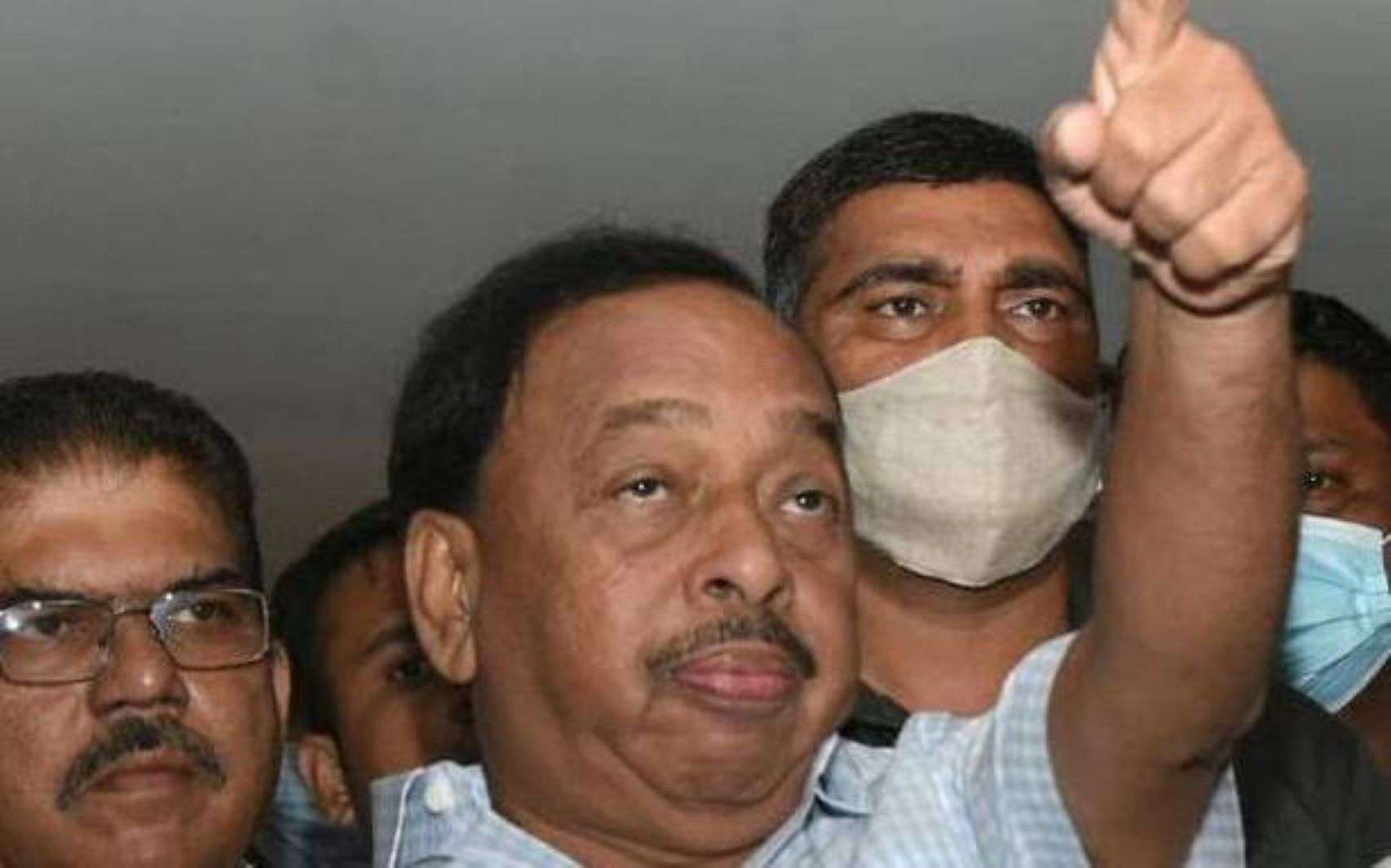