Daily NEWS Summary | 23-08-2021; A group of experts, created by an institute under the Home Ministry (MHA), predicted that a third wave of Covid-19 would hit the country at any time between September-October and suggested considerably accelerating the rate of vaccination.

The expert committee, made up of the National Institute for Disaster Management (NIDM), also said that children will have a similar risk to adults since pediatric facilities, doctors and equipment such as ventilators, ambulances, etc. they are far from what might be necessary in the event that large numbers of children become infected.

The report, which was submitted to the Prime Minister’s Office (PMO), noted that only about 7.6% (10.4 cr) of people are fully vaccinated in India and if the current vaccination rate does not increase, India can witness six lakh of cases per day on the next wave.

Leading experts have repeatedly warned of an impending third wave of Covid-19 in India. Epidemiologists predict a series of outbreaks until we achieve herd immunity through infection or vaccination and the disease becomes endemic, ”the report says.

The NIDM report cited the prediction of an IIT Kanpur expert who suggested three likely scenarios for the third wave based on the level of unlocking. In the first scenario, it said that the third wave could peak in October with 3.2 lakh of positive cases per day.

According to the report, it was previously proposed that if 67% of the population became immune (a few by infection and the rest by vaccination), herd immunity could be achieved.

But that has now been complicated by more virulent new mutated variants of SARS Cov-2 that have the ability to evade immunity against past infections and, in some cases, even widespread vaccines, he said. This pushed the target immune population to achieve 80-90% herd immunity, he said,

The report says there is not enough data to back up widespread fears that children will be hit hardest in the expected third wave of the pandemic. However, as the virus continues to evolve, this will be a big challenge for children, as there is no approved vaccine for children in India yet (first week of August).

Children infected with Covid-19 have been considered asymptomatic or develop mild symptoms. But it becomes worrisome in case the children have comorbidities or other special needs.

According to the Department of Health and Family Welfare, of all the children hospitalized with Covid-19, 60 to 70% had comorbidities or low immunity.

Children have also been seen to develop MIS-C (multi-system inflammatory syndrome), a rare but extremely serious disease that developed after recovery from Covid, he said.

According to a recent study by professors and alumni of Pandit Deendayal Energy University (PDEU) in collaboration with Nirma University, India’s vaccination rate is currently 3.2% and if it is not improving, the India may witness six lakh of cases per day in the third wave. .

Daily NEWS Summary | 23-08-2021; Bihar’s Chief Minister Nitish Kumar, along with a delegation of leaders from ten state parties, including RJD leader Tejashwi Yadav and representatives of the BJP, met with Prime Minister Narendra Modi to request a caste census. Modi, we know, gave no guarantees, although the meeting was described as positive.

So far, the BJP has walked a tightrope on the issue, with Bihar leaders calling for a caste census while the party leadership in the Center has remained silent. The broader implication of such a census in the party’s carefully crafted OBC bloc in U.P. You kept it going

The sources said the prime minister did not respond to the delegation or express the Centre’s inability to carry out such an exercise. Since the last caste census took place in 1931, the delegation argued that it would be a historic milestone if the prime minister conducted a census now. At the end of the meeting, after listening to every member of the delegation, Modi, according to sources, said he would look into the matter in depth.

Speaking to reporters after the meeting, Kumar said all parties were speaking in unison. “It’s up to the Prime Minister and the Union government to decide. We explained our position to him and he listened to us sincerely, ”he said.

He also said fears that a caste census could lead to a return to Mandal times with widespread protests and chaos is misplaced. “Everyone, regardless of their caste or religion, wants the caste census to be carried out. Once we have the caste data, we can formulate policies for the improvement of each caste, ”said the chief minister.

Tejashwi Yadav, who was part of the delegation, said that while animals and trees can be numbered, so can people. “The caste census is in the national interest. This will help poor and disadvantaged sectors of society. “

The recent account of the caste census drawn up by the Bihar parties could affect the U.P. elections. A senior official who was part of the delegation said that when all political parties in the country demand a caste census, and with the BJP itself claiming that they are not against it, the Center will find it difficult to do so. to delay.

In response to reports in a section of the media that the Center was considering banning the Hurriyat factions under the Illicit Activity (Prevention) Act (UAPA), the official said there was no such plan in this Stage.

The Home Office banned the Jammu and Kashmir Liberation Front (JKLF) as part of the UAPA in March 2019, days after Jamat-e-Islami (JeI-J & K) been prohibited under section 3 (1) of the Act.

The decision to ban the JKLF follows a meeting of the Cabinet Security Committee chaired by Prime Minister Narendra Modi. The government decides to ban any organization on the basis of evidence that justifies such an approach. In the past, investigative agencies such as the National Investigation Agency (NIA) and the Directorate of Enforcement (ED) have prosecuted various separatists in Jammu and Kashmir.

In July 2017, the NIA arrested seven people, including Altaf Ahmed Shah, the son-in-law of Syed Ali Shah Geelani. In an indictment filed in January 2018, he sued several separatist leaders for their alleged involvement in orchestrating violent protests at J&K.

Failures of I-T portal: Minister of Finance sets September 15 as deadline for Infosys to resolve issues

Daily NEWS Summary | 23-08-2021; Finance Minister Nirmala Sitharaman told Infosys CEO Salil Parekh in no uncertain terms of the government’s “deep disappointment and concern” over the continued failures of the new tax reporting portal on income and set September 15 as the deadline for the software specialist to resolve all issues. problems.

As the failures continued to mar the portal’s operation even more than two months after its launch, Sitharaman summoned the CEO and CEO of Infosys, Parekh, to his office here to find out the reasons why the failures were not resolved.

A statement issued by the Income Tax Department said that during the meeting, the Minister of Finance stressed that there is a need to devote more resources and efforts from Infosys to ensure long-delayed delivery of agreed services.

“The Honorable Minister of Finance demanded that the problems faced by taxpayers regarding the current functionalities of the portal be resolved by the team before September 15, 2021 so that taxpayers and professionals can work transparently on the portal,” said the IT department in a post-appointment statement.

Sitharaman, according to the statement, expressed “the deep disappointment and concerns of the government and taxpayers” over the persistent problems on the e-filing portal.

“She asked Infosys for an explanation of the repeated problems that taxpayers face,” she added.

During the meeting, Parekh was also aware of the difficulties that taxpayers face and the problems that arise due to delays in the operation of the portal.

Parekh explained that he and his team are doing everything possible to ensure the proper functioning of the portal. In addition, he said, more than 750 team members are working on this project and Pravin Rao, Infosys COO, is personally overseeing this project. He also ensured that Infosys was working diligently to ensure a smooth experience for contributors on the portal, ”the statement added.

The portal, which was launched on June 7, was only accessible on August 21 and 22 until late at night. He returned after what the senior technician described as “emergency maintenance.” This is the second time Sitharaman has met with the Infosys team on this topic. He met Parekh and Rao on June 22.

Infosys was awarded the contract for 4,242 crore yen in 2019 to develop the new portal. The project aimed to develop the next generation tax filing system to reduce filing processing time from 63 days to one day and also speed up refunds. Between January 2019 and June 2021, the government paid Rs 164.5 million to Infosys for the development of the portal.

The new electronic portal for filing income taxes “www. Incometax.gov.in ”, however, faced technical problems from day one, and users complained that certain functions were not available or worked slowly.

As a result, TI had to allow manual submission of remittance forms and also extend due dates for electronic submission of information-related forms by pension funds and sovereign wealth funds.

Daily NEWS Summary | 23-08-2021; Union Finance Minister Nirmala Sitharaman announced on Monday a 6 million rupee National Monetization Pipeline (NMP) that will seek to unlock the value of infrastructure assets in all sectors, from electricity to roads and railways. .

She also said that asset monetization does not involve the sale of land and is about monetizing abandoned industrial assets. Projects have been identified in all sectors, with roads, railways and electricity the main segments.

“The NMP estimates the overall monetization potential of ₹ 6 lakh crore through the central assets of the central government over the four-year period from FY2022 to FY2025,” she said. “The ownership of the assets will remain in the hands of the government and there will be a mandatory transfer.” Asset monetization will unlock resources and lead to unlocking value, she said.

The overall asset portfolio under the NMP over the four-year period is indicatively valued at Rs 6 million lakh. The estimated value is 14% of the proposed expenditure for the Center under the National Infrastructure Pipeline (₹ 43 lakh crore).

The ultimate objective of this initiative is to allow the “creation of infrastructure through monetization” in which the public and private sectors collaborate, each one excelling in their core areas of specialization, in order to provide socioeconomic growth and quality of life. to the citizens of the country, she added. 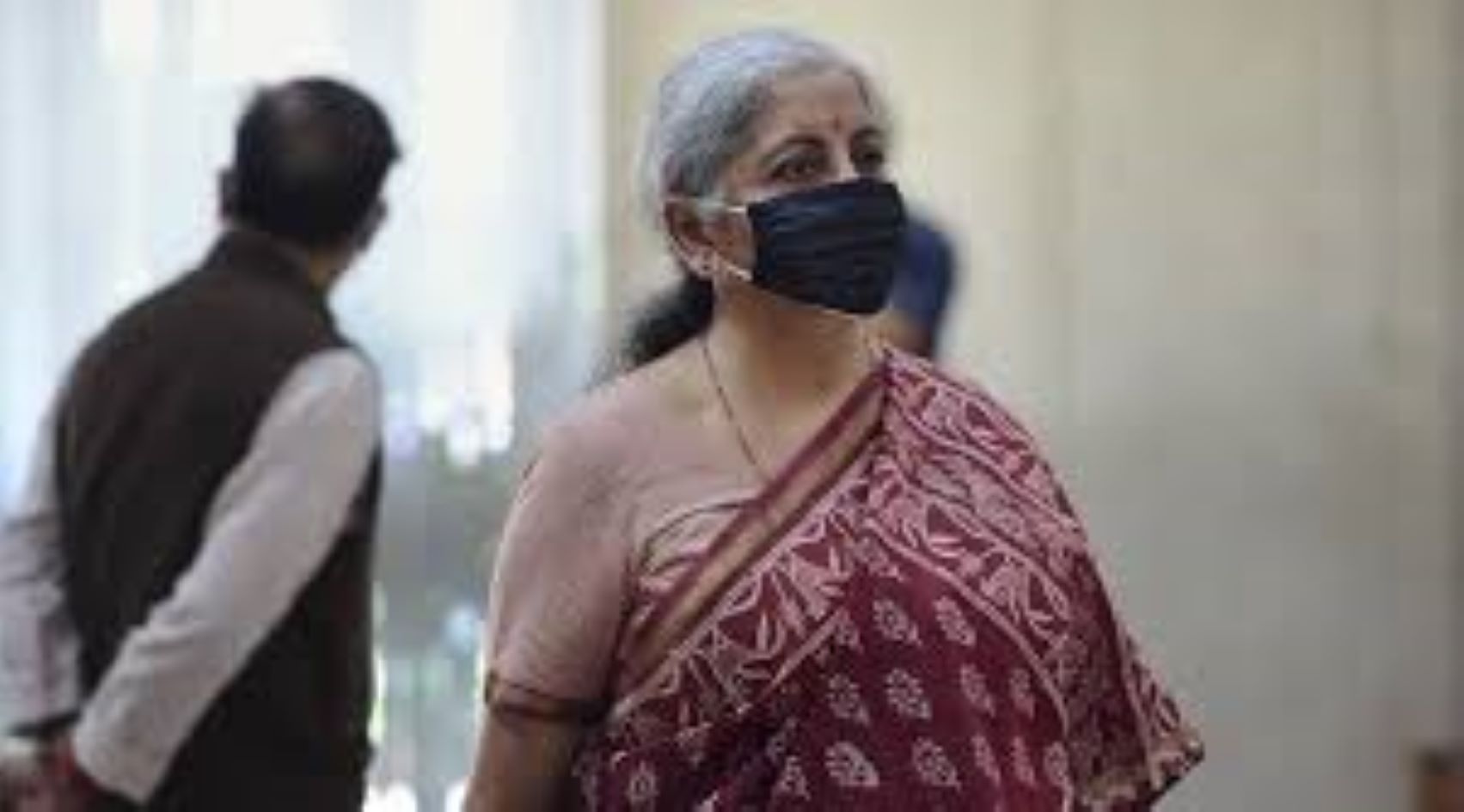