Daily NEWS Summary | 22-08-2021; India airlifted 392 people from Kabul in an operation involving both Indian and Afghan nationals, including Sikhs and Hindus from Afghanistan. People transported by air flew in three planes, including a heavy-lift C17. Air India and Indigo operated two flights through Tajikistan and Qatar, completing the airlift operation which is expected to continue over the next few days.

In addition to workers and engineers employed in various India-backed projects, Sunday’s evacuation also included an infant Iknoor Singh, the youngest person to be evacuated from Kabul. Several Darjeeling Indians who were trapped in Afghanistan were also among those flown in on Sunday.

West Bengal leader Mamata Banerjee had previously urged the central government to help bring back these workers. He learned that the large-scale evacuation carried out on Sunday was facilitated by a small Indian team from various agencies which found their base at Kabul airport. The cell took over days after the Indian government evacuated India-based staff from the embassy in Kabul.

Early reports suggested the team consists of seven officials from different sections of the government and is led by Indian diplomats at the US-controlled airport. Among the evacuees was Narender Pal Singh Khalsa, a member of the Afghan parliament who argued that the Taliban were untrustworthy since they took control of Kabul.

Khalsa is the son of Avtar Singh Khalsa, a dynamic Sikh politician from Afghanistan who was killed in Jalalabad in a suicide bombing in 2018. Besides Singh, Dr Anarkali Kaur Honaryar, the only female Sikh parliamentarian from Afghanistan, is also one of these. which were airlifted to Hindon Air Base.

However, hundreds more are left behind and are to be airlifted in the coming days, even as the security situation in Afghanistan is expected to deteriorate rapidly due to rising military tensions between Taliban leaders and the Tajiks of the Panjshir Valley ruled by the faction of Ahmad Massoud and Amrullah Saleh.

A Resistance spokesperson told that they needed the support of “allies” to confront the Taliban. “The Taliban are trying to send delegations and they are also using Dr Abdullah Abdullah and Hamid Karzai to mediate with the Resistance leaders in Panjshir.

The Resistance’s position is clear. We have a legitimate interim president, Amrullah Saleh, who enjoys the support of the people on the side of the Republic ”, declared Homayon Ahmadi, his spokesperson.

The Afghan ambassador to India, who was also appointed Sunday by the government of President Ashraf Ghani, called for international support, saying Afghanistan’s suffering is “man-made”.

In a social media post, Ambassador Farid Mamundzay said: “Afghanistan’s preventable suffering is man-made and on a scale beyond civilized contemplation. Afghanistan is going through difficult times, and only good leadership, a compassionate attitude and international support for the Afghan people could somehow end these miseries. “

Failure of the IT portal: the Ministry of Finance summons the CEO of Infosys, Salil Parekh

Daily NEWS Summary | 22-08-2021; The Ministry of Finance summoned CEO of Infosys Salil Parekh on August 23 to explain to the Minister of Finance Nirmala Sitharaman, “why even after 2.5 months since the launch of the new electronic filing portal, the failures of the portal n have not been resolved. The income tax service said that “in fact, as of 8/21/2021, the portal itself is not available”.

On August 16, the finance minister said the bugs in the new income tax portal should be fully fixed within the next 2-3 days. “I have constantly called Infosys and Nandan Nilekani sent me messages with the assurance that they would correct the problem,” the minister said.

Since its launch in early June, many critical features of the income tax portal have been useless, and the minister acknowledged that there were still “some problems” with it.

“The Secretary of the Treasury [Tarun Bajaj] has neutrally monitored the progress of the repair of the portal on a weekly basis,” Sitharaman said.

“The Secretary of Revenue [Tarun Bajaj] has neutrally monitored the progress of the repair of the portal on a weekly basis,” Sitharaman said, emphasizing that she had pressured Infosys “not to disappoint taxpayers” with constant reminders.

The latest statement from the ministry on August 22 suggests that the situation has worsened rather than better, and the income tax portal has become inaccessible since August 21.

Daily NEWS Summary | 22-08-2021; British Prime Minister Boris Johnson said he called a meeting of G7 leaders on Tuesday to discuss the crisis in Afghanistan and urged the international community to find ways to prevent it from escalating.

Taliban militants seized control of Kabul last weekend in an upheaval that prompted civilians and Afghan military allies to flee to safety. Many fear a return to the austere interpretation of Islamic law imposed during the previous Taliban regime that ended 20 years ago.

Western governments are discussing how to handle the situation in Kabul, where thousands of civilians desperate to flee Afghanistan have flown to the airport after the Taliban took control of the country.

“It is vital that the international community work together to ensure safe evacuations, prevent a humanitarian crisis and support the Afghan people to achieve the achievements of the last 20 years,” Johnson said on Twitter Sunday.

Union Minister Raosaheb Danve said that railways suffered losses of Rs 36 billion during the coronavirus pandemic, adding that freight trains were the real revenue generators for the national airline. 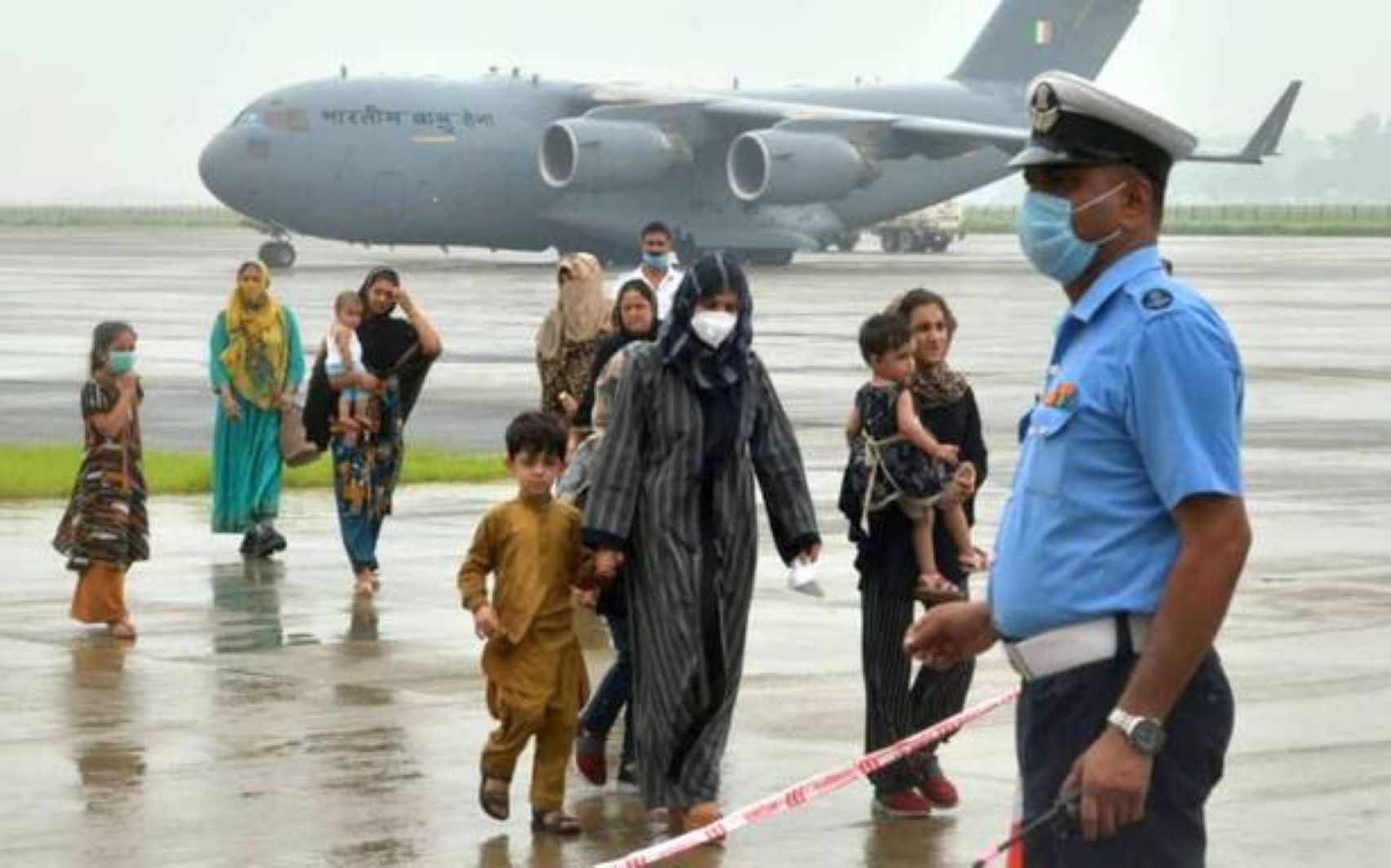